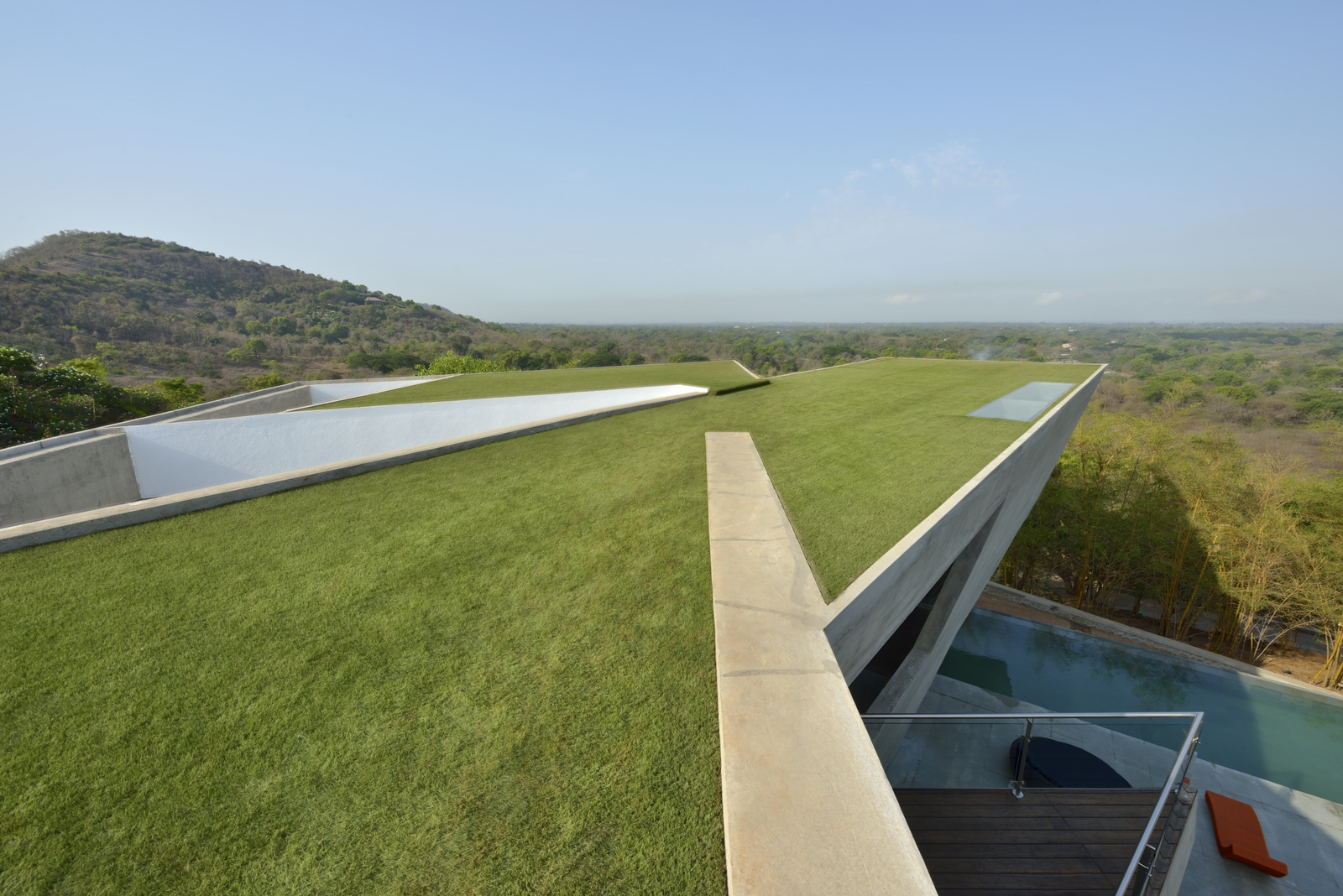 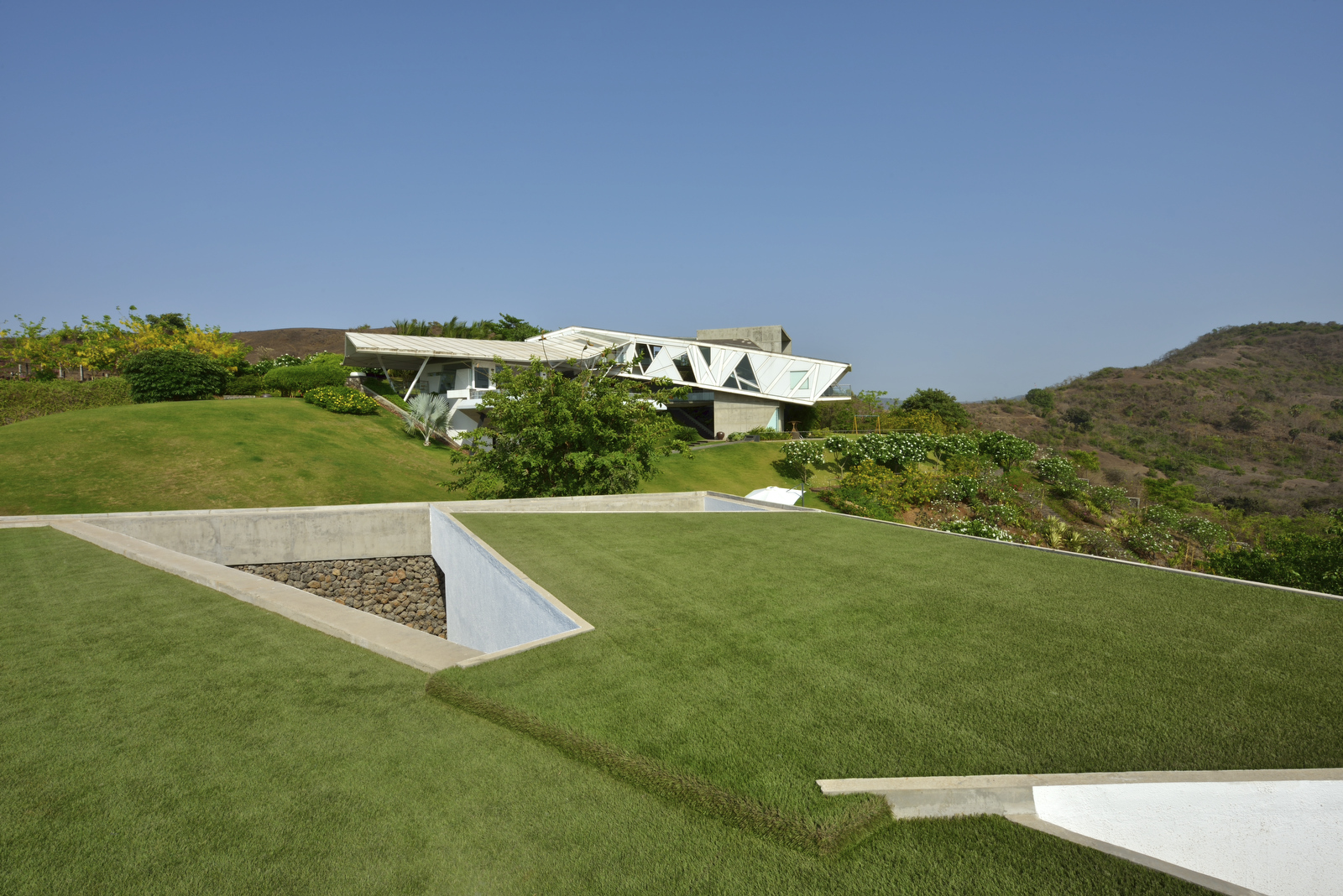 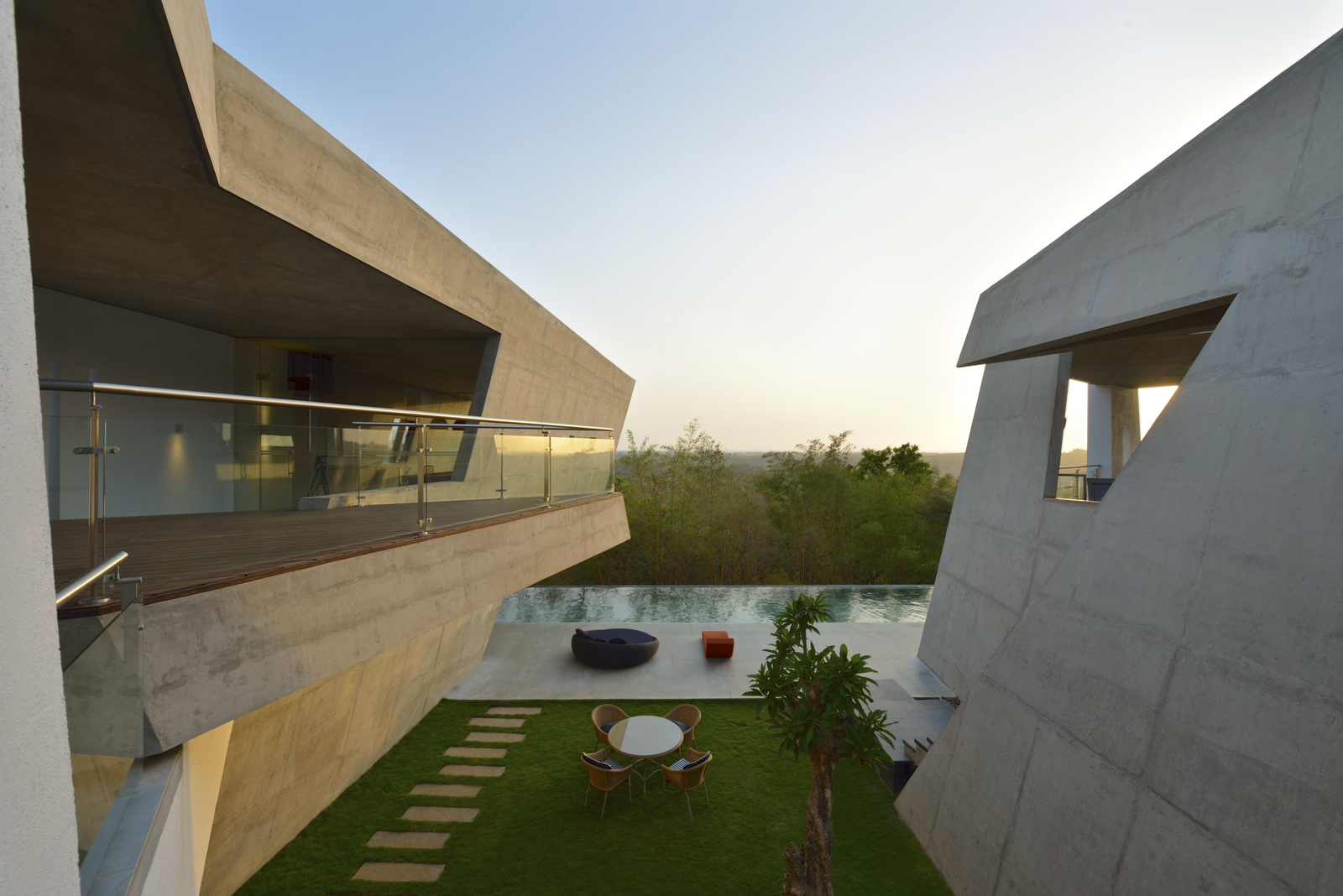 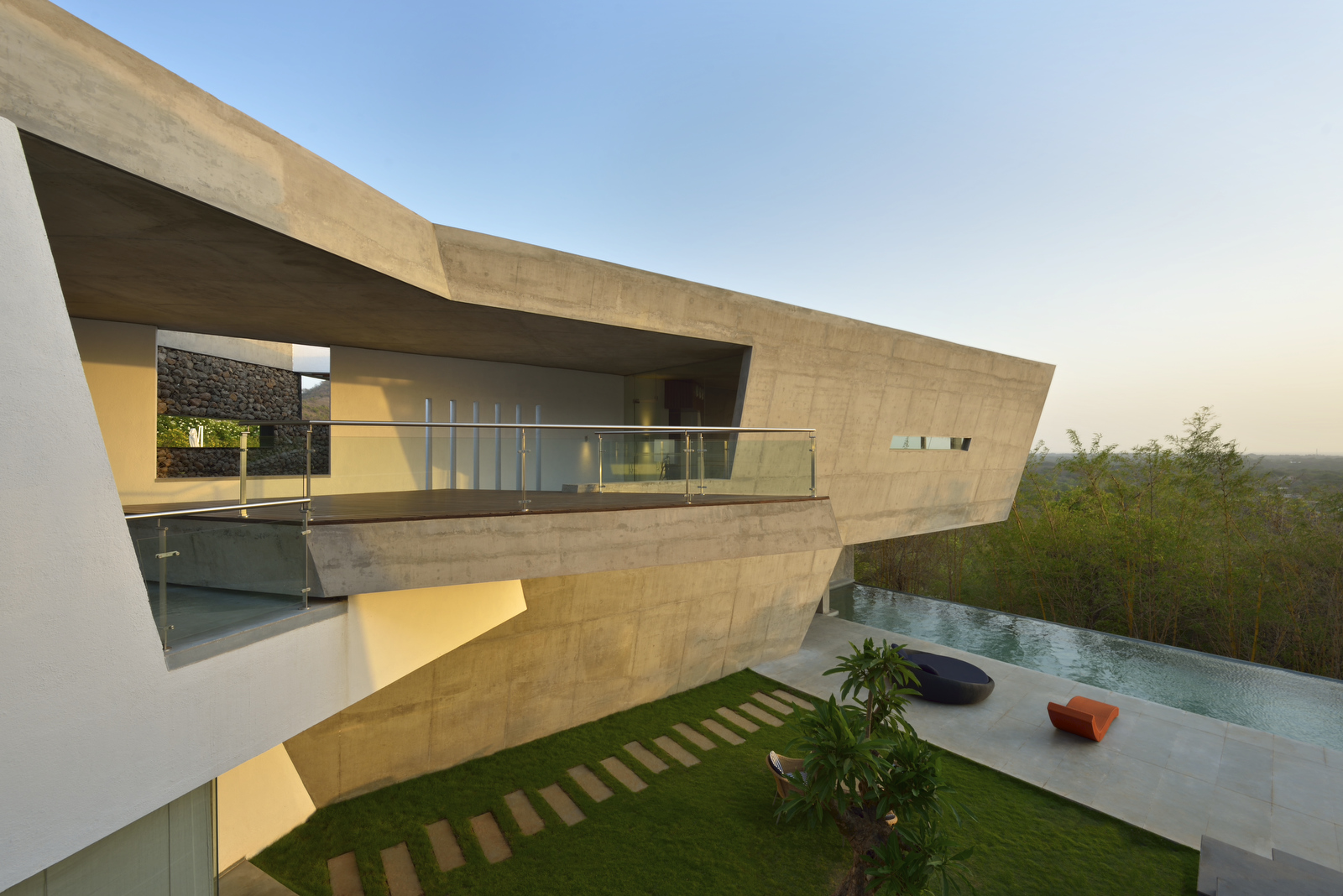 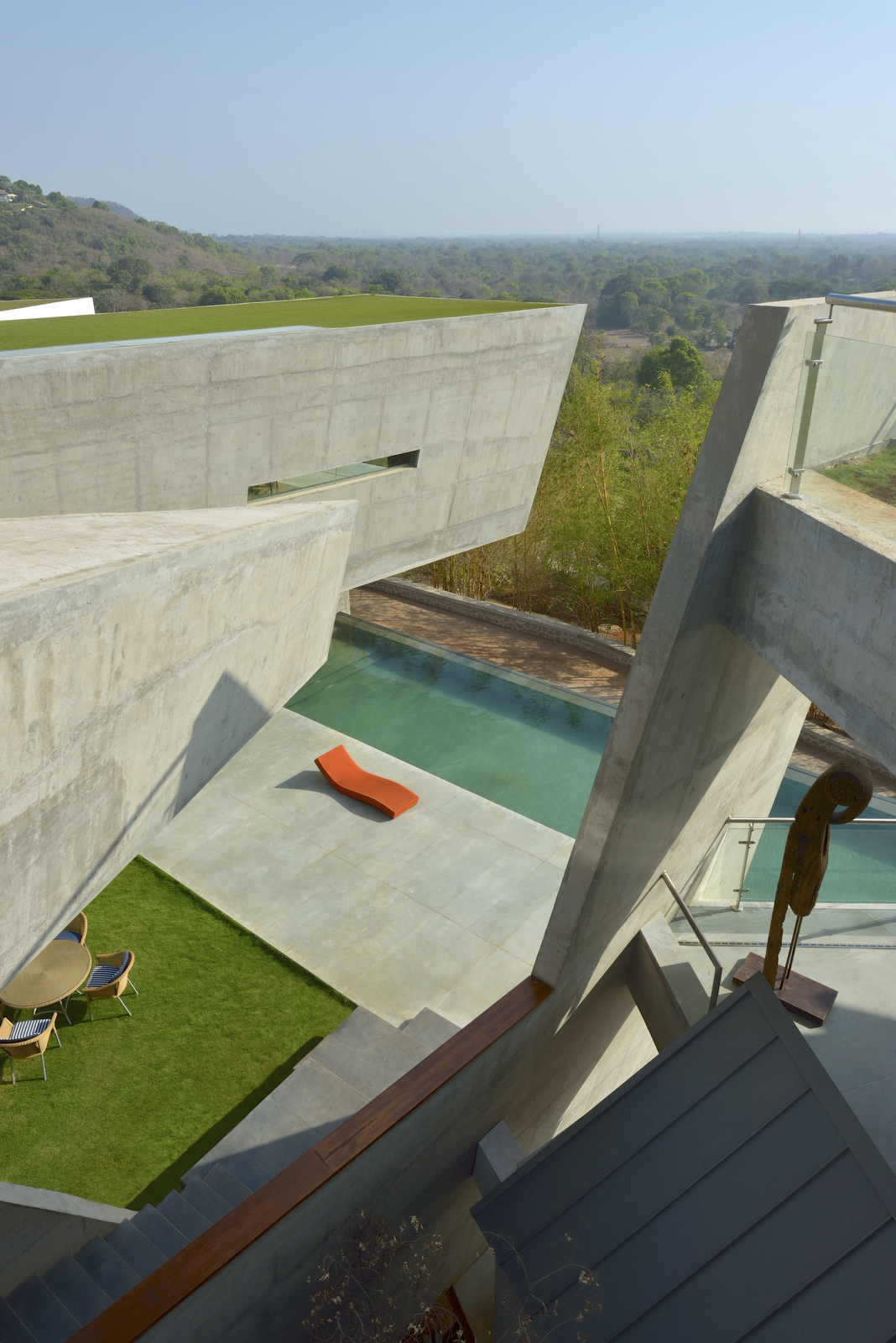 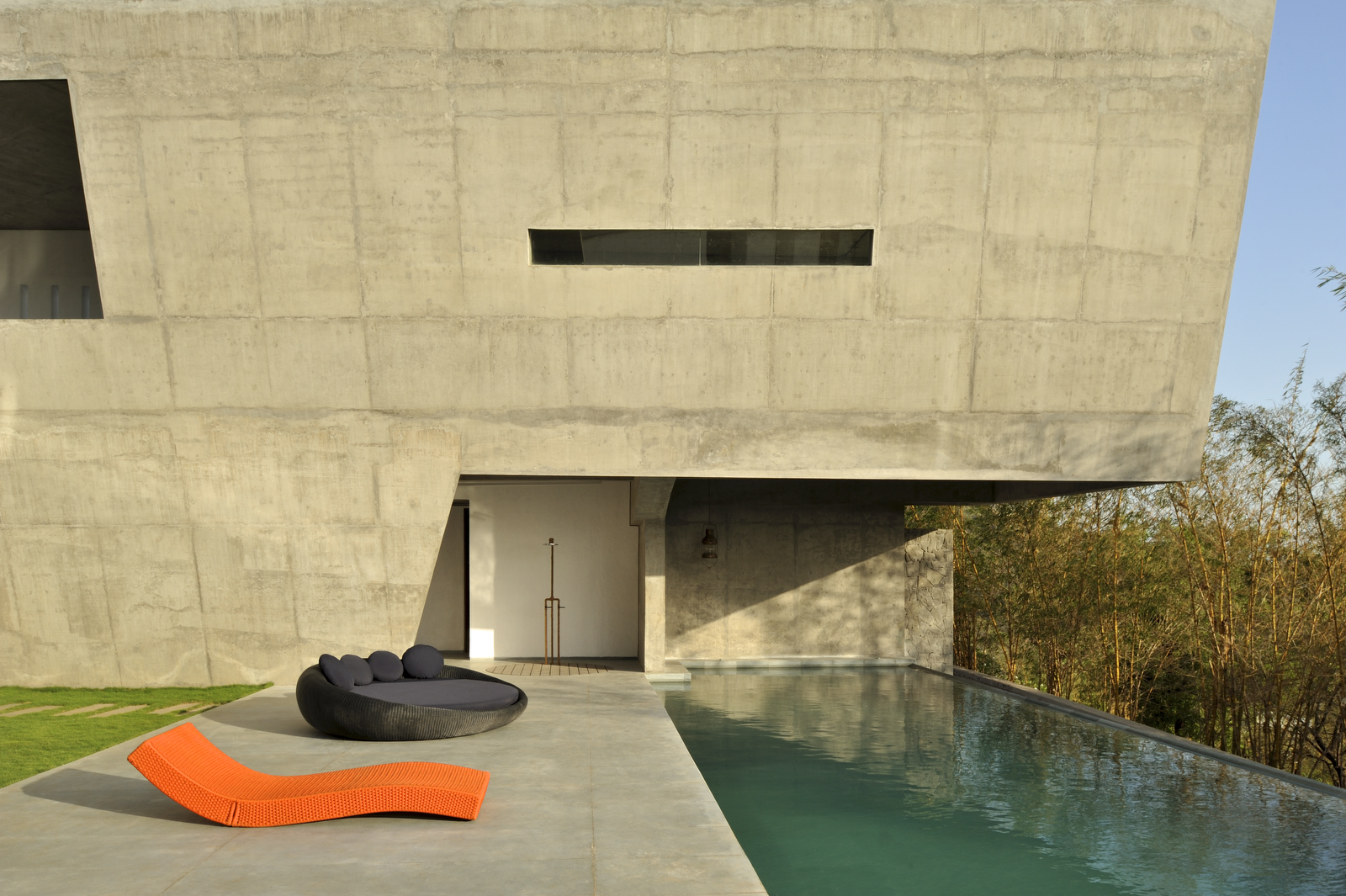 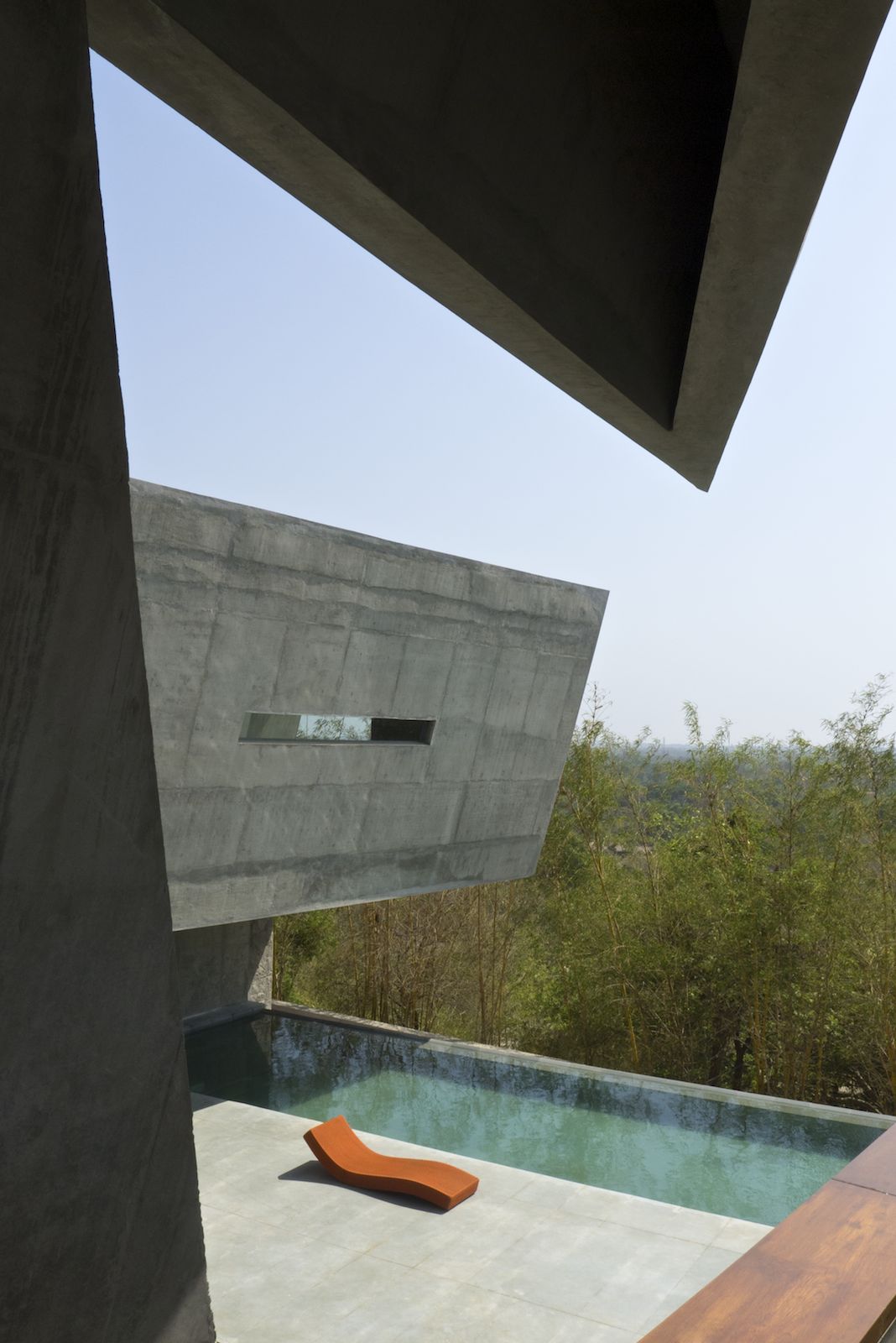 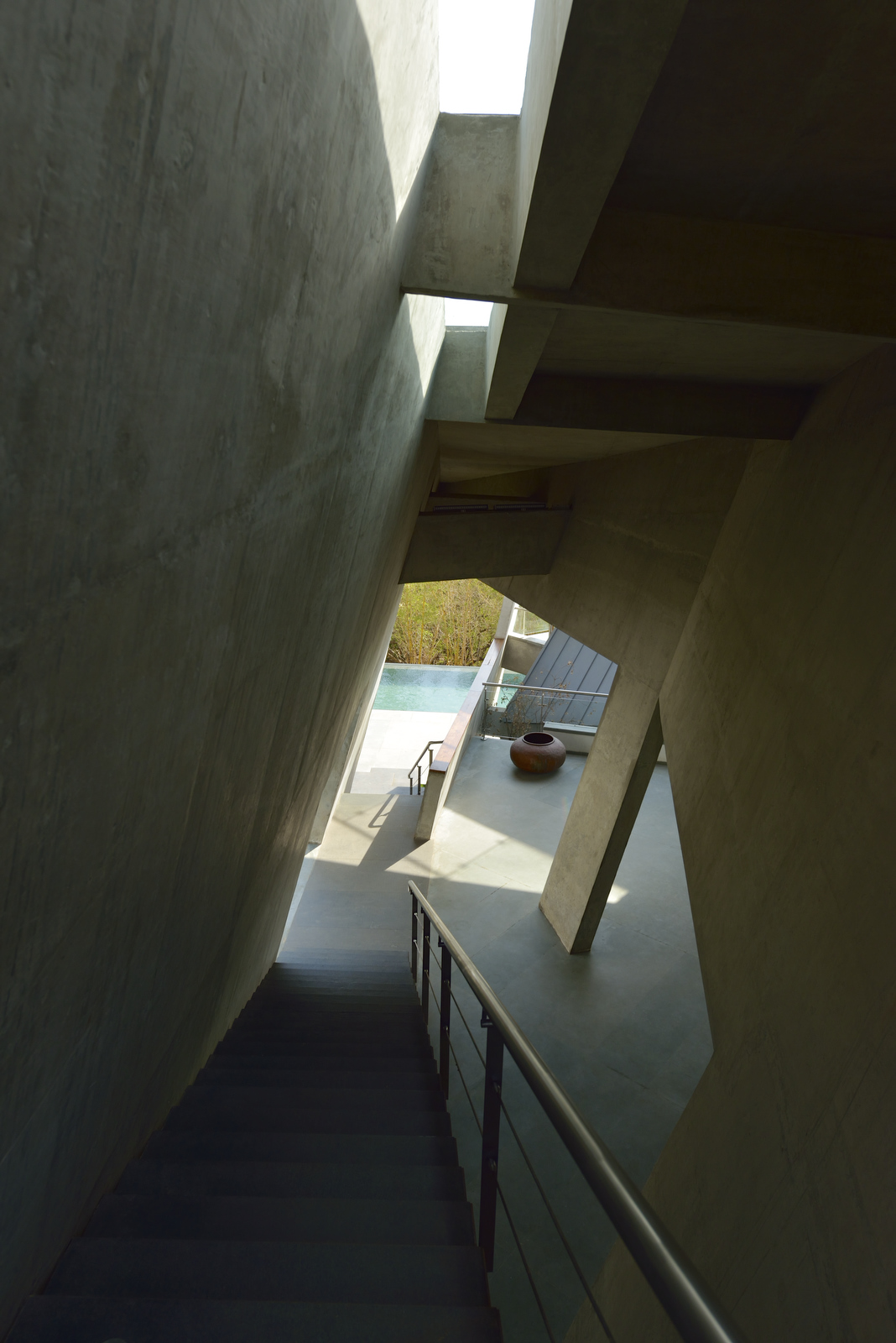 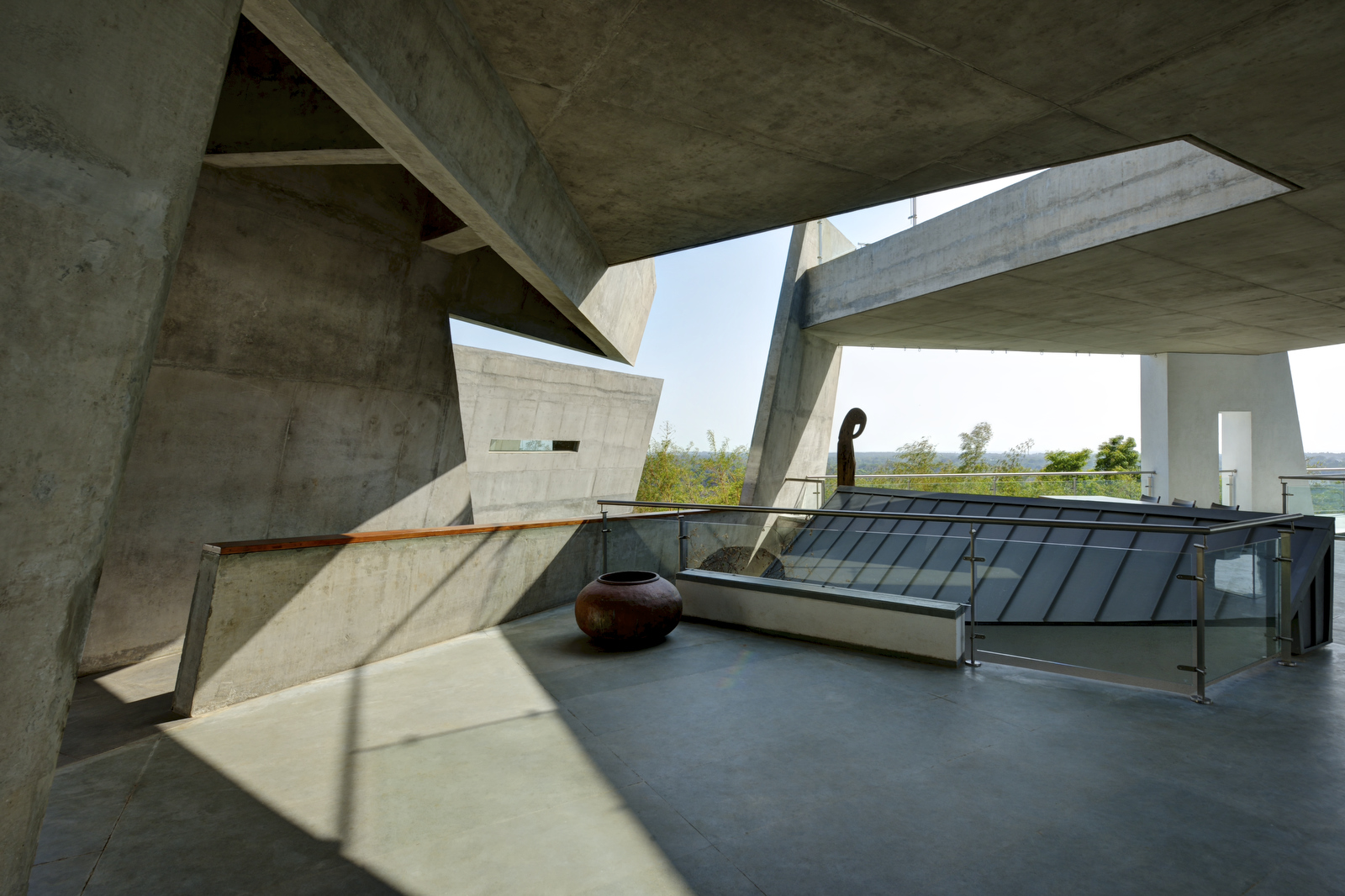 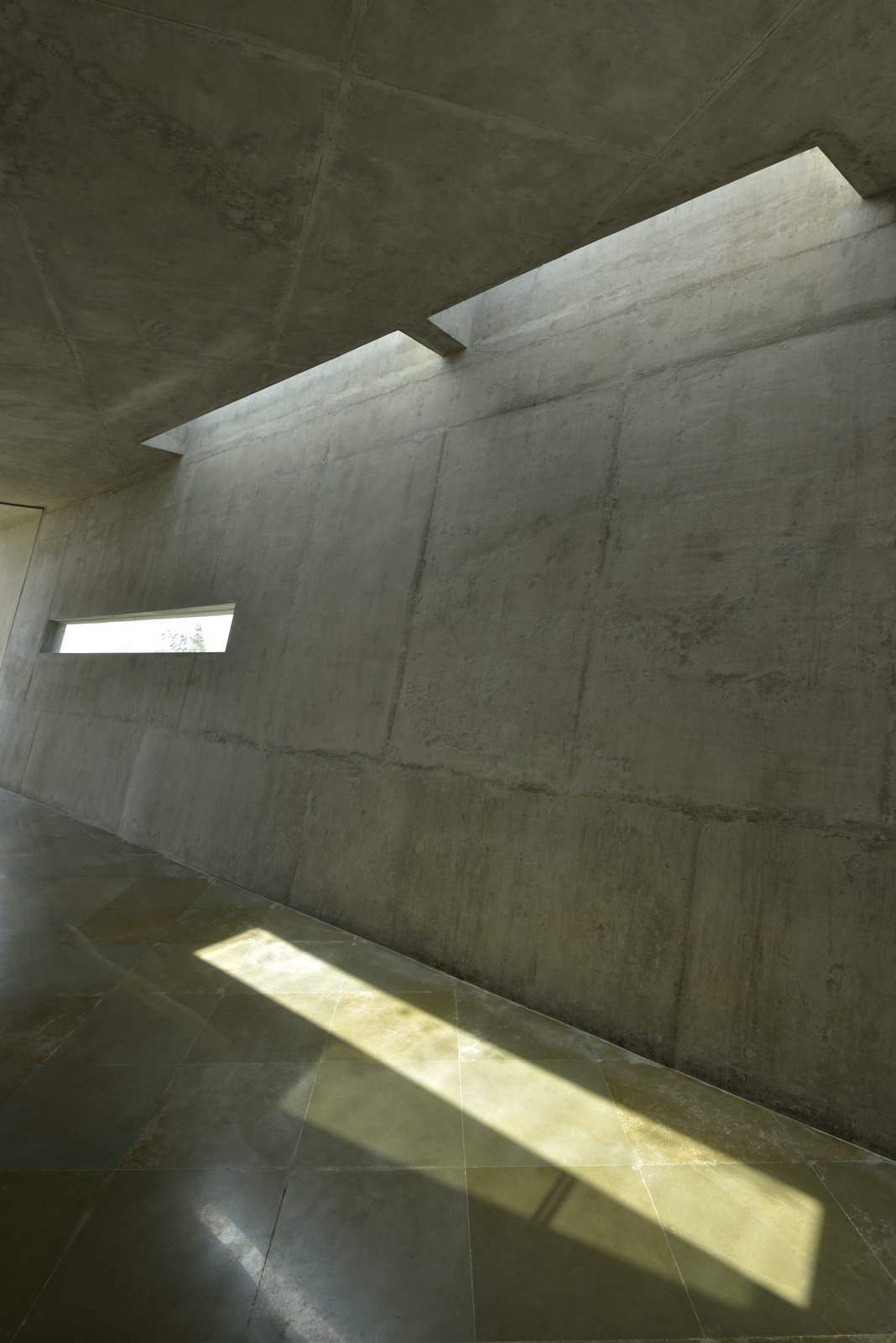 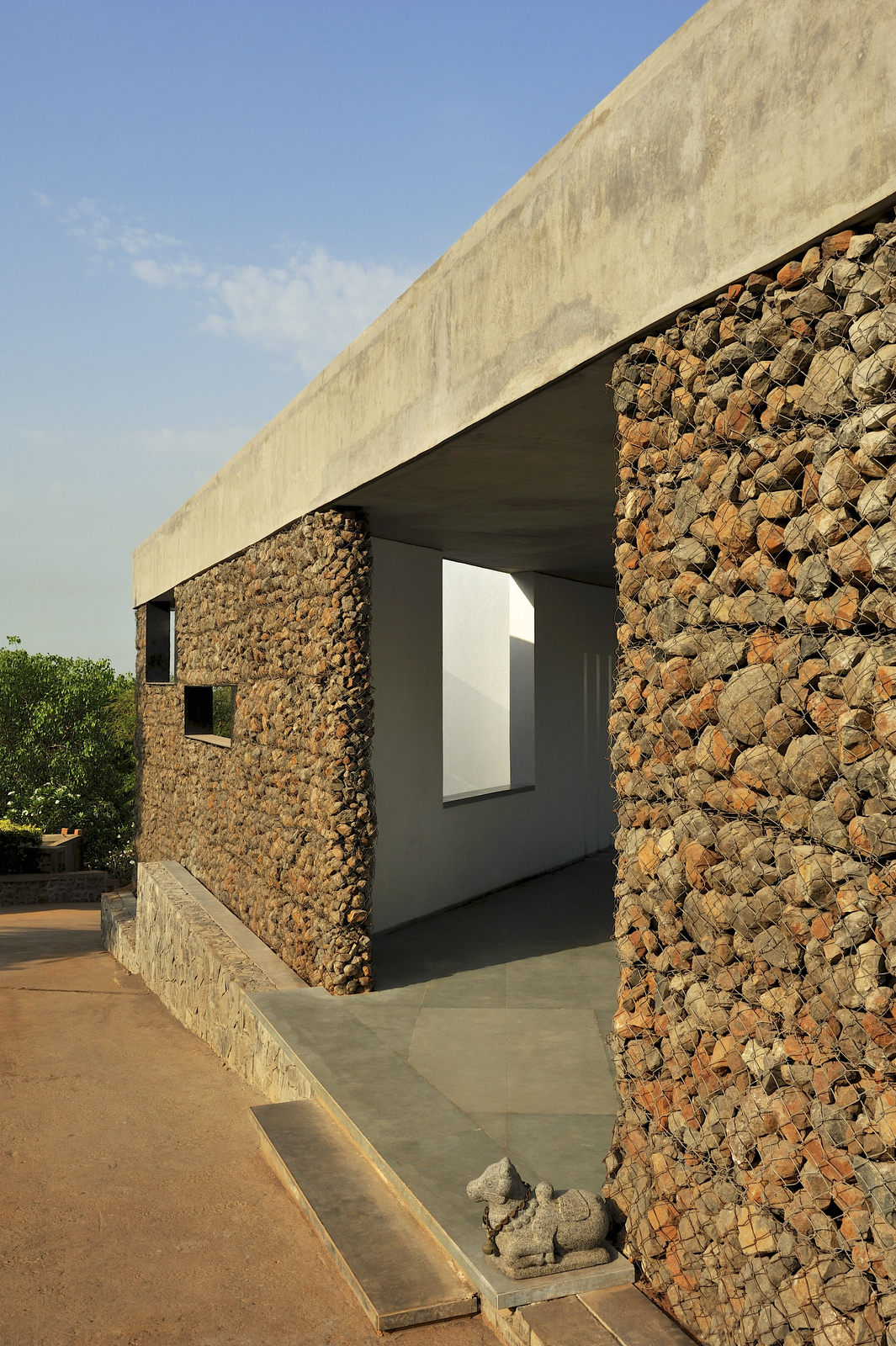 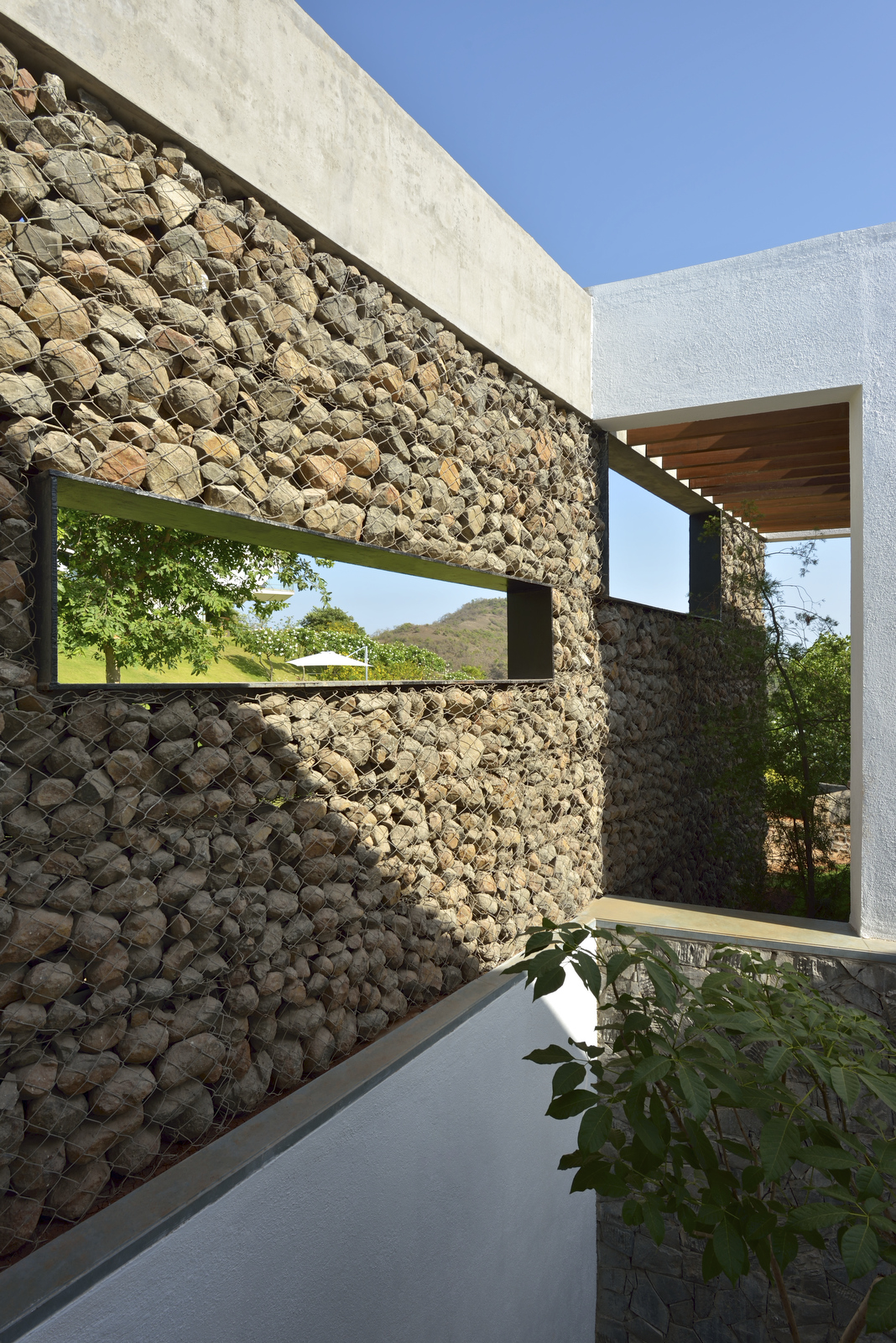 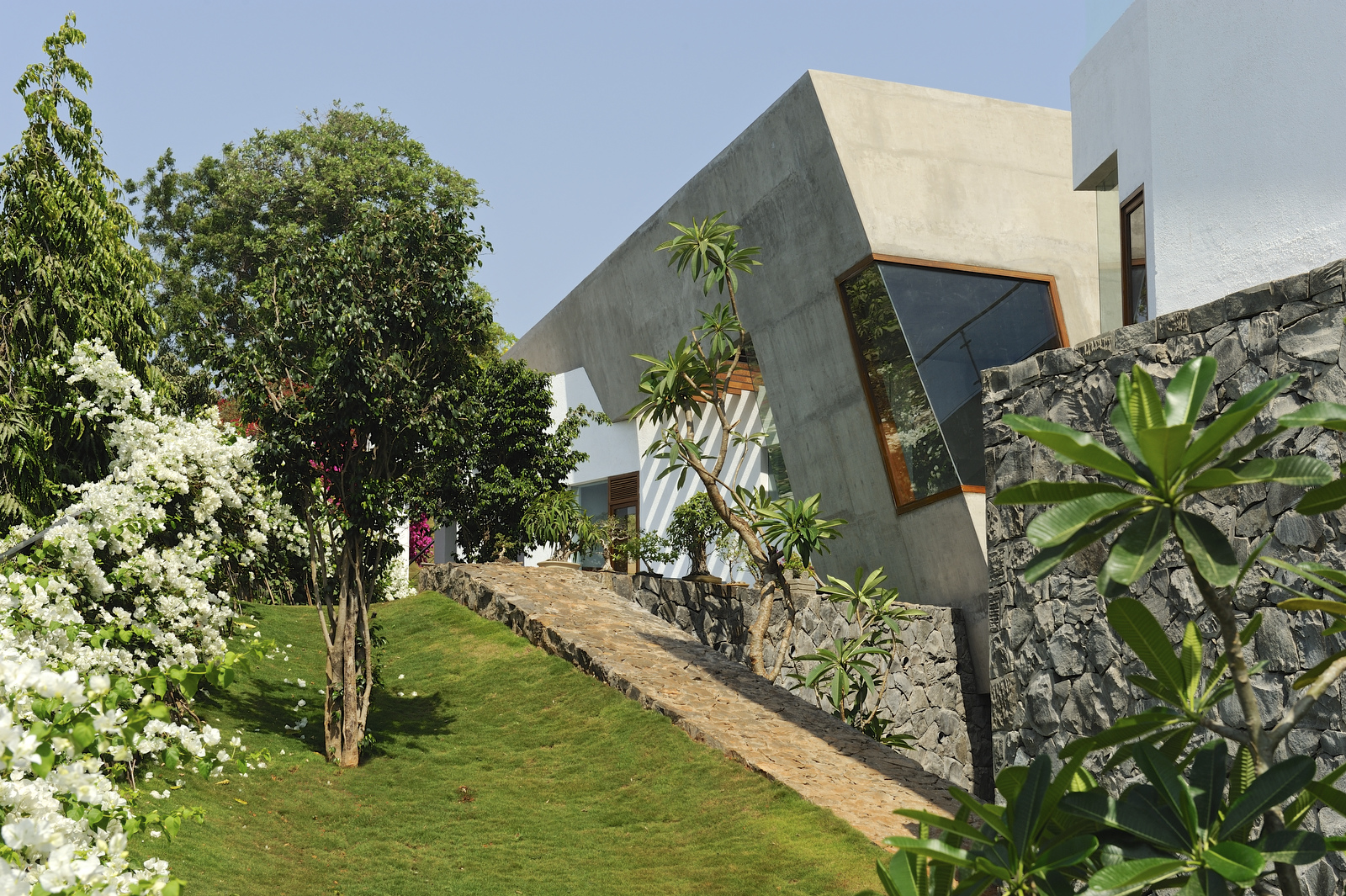 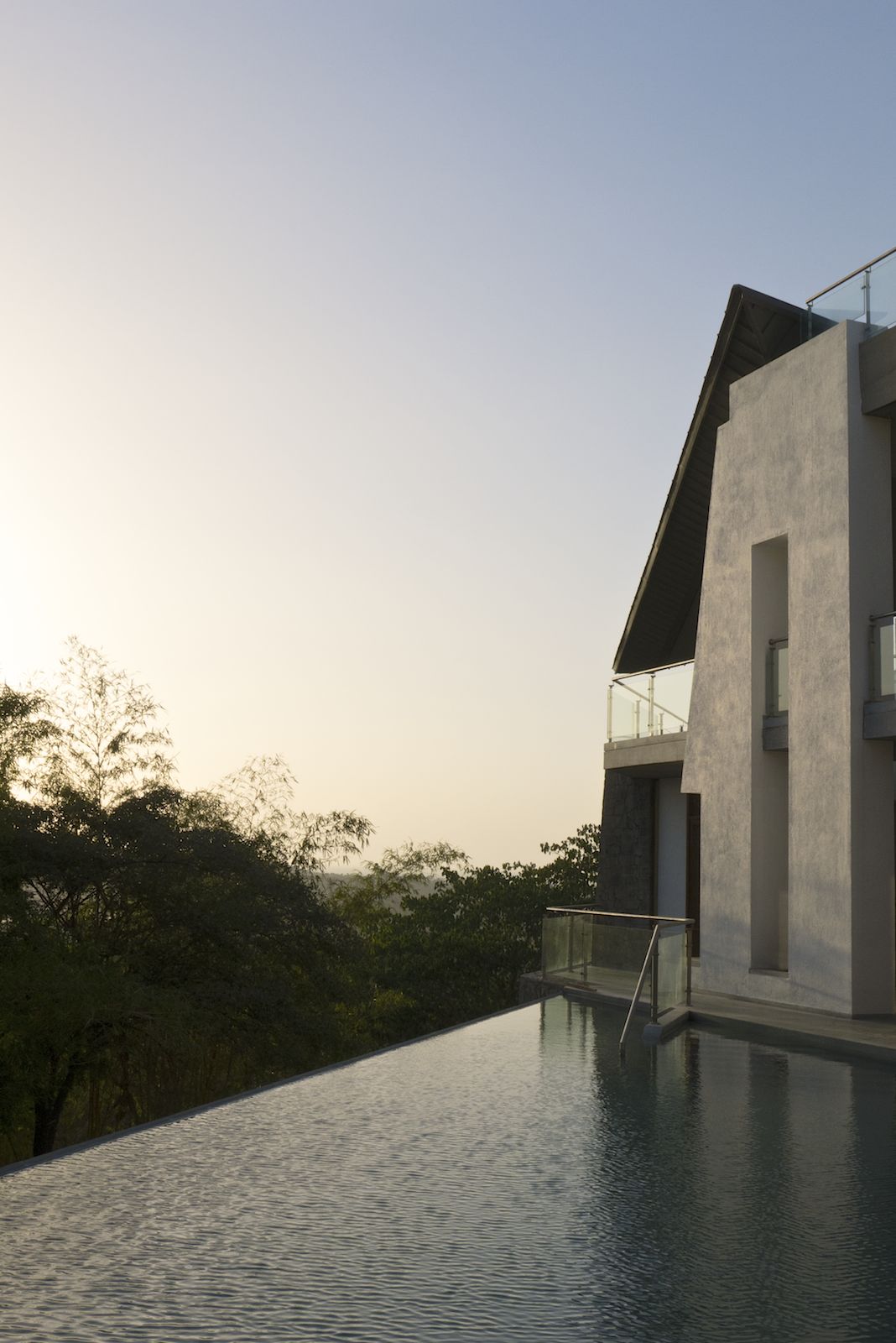 The only trace of development, when viewed from the first home, was a crystalline fragment emerging from the earth. The home is self effacing, a more discrete and introverted alter-ego of its hilltop sibling.

A second home on the same site as house no. 1 was commissioned only weeks after construction began on the first house. We were now faced with the conundrum of creating a complementary foil to the distinctly extroverted structure that was perched on the apex of the hill.

On one hand we felt that the second home ought to partake of the same stunning views that presented themselves to the first house, but any significant built up mass would not only compete with but also vitiate the geometric singularity of the fist home. The solution presented itself in the form of an existing degraded concrete structure that was intended to be a home for the land’s previous owner. By locating the second home on this footprint and by making use of the already excavated area, we were able to submerge the house beneath the ground.

Living, sleeping and dining spaces organize themselves organically alongside a concrete enveloped rift in the earth, a fissure that constitutes a binding void extending from the earth above to the pool deck 2 levels below. Deflected concrete planes aid visual and physical navigation through geometrically and materially abstracted spaces. The landscape covered roof is systematically perforated to draw light into courtyards.

The structural vocabulary, as in the case of the previous home, reflects the relationship of the home to the ground. Cast-in-situ concrete planes tilt and extend into one another, occasionally parting to reveal a skylit court. The solidity of the concrete is offset by the diaphanous translucency of strategically located glass planes. Physical structure dematerialized at the sea facing periphery of the house, with large decks at 2 levels forming serene spaces to soak in the spectacular view.