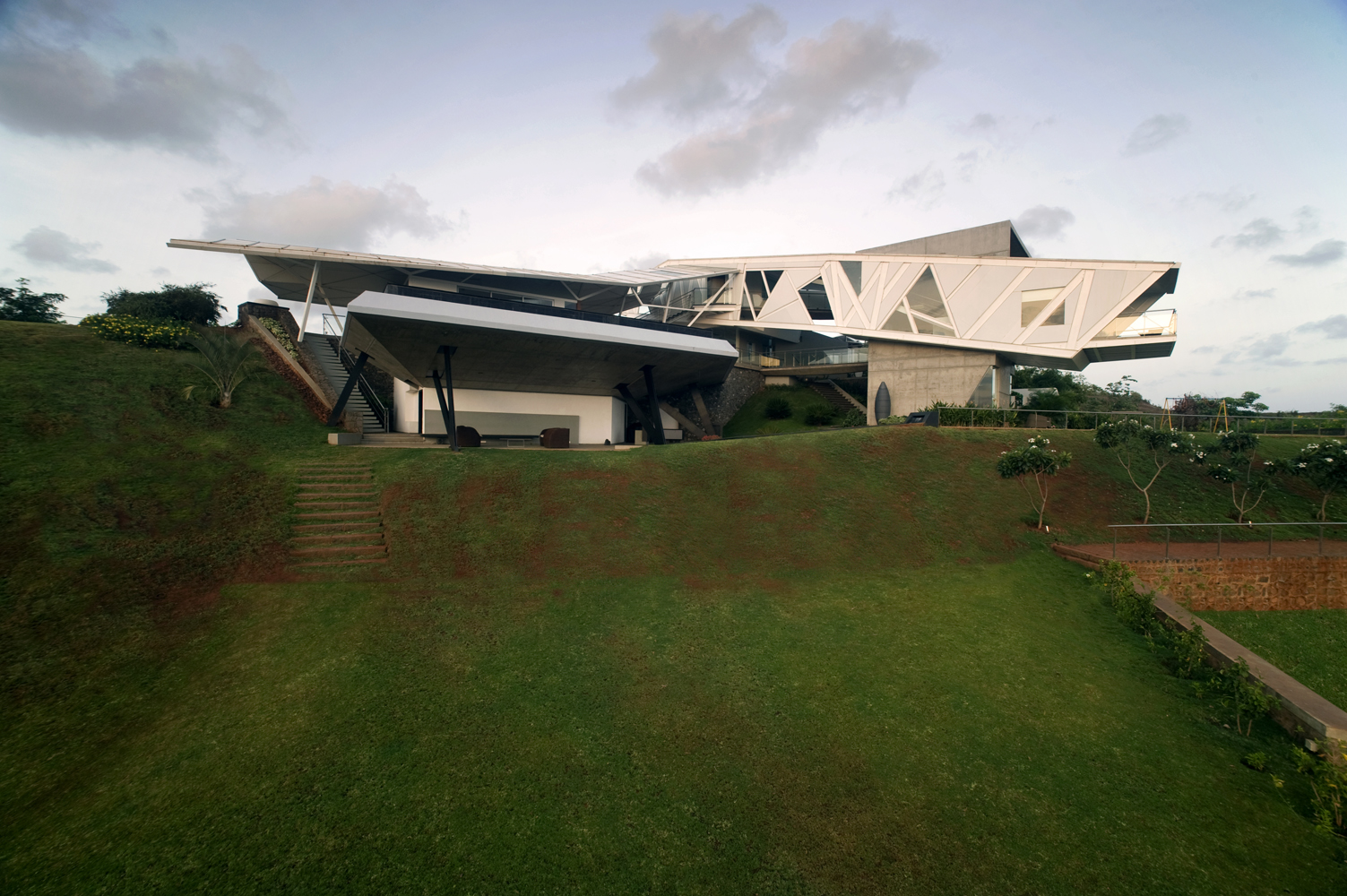 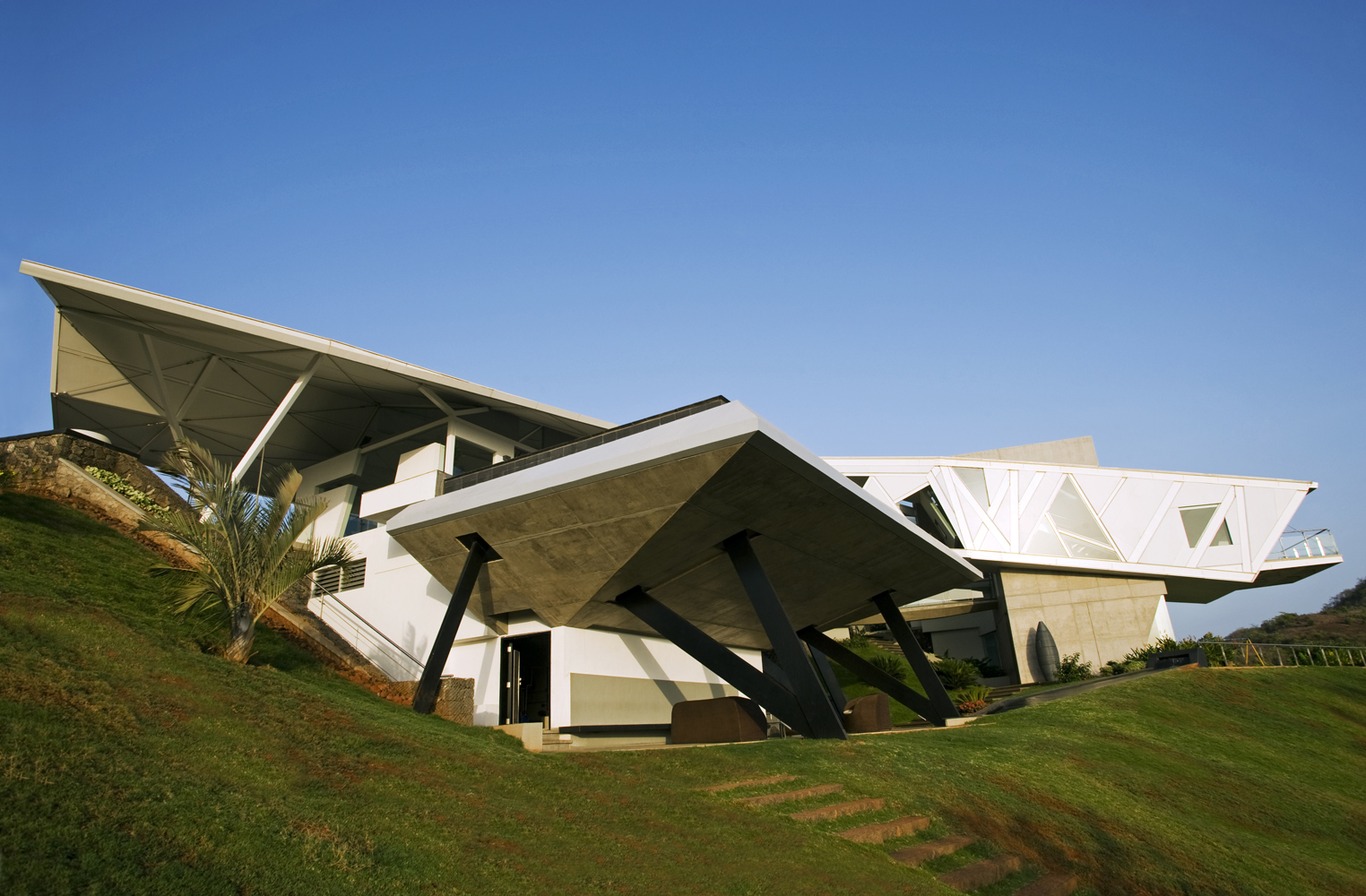 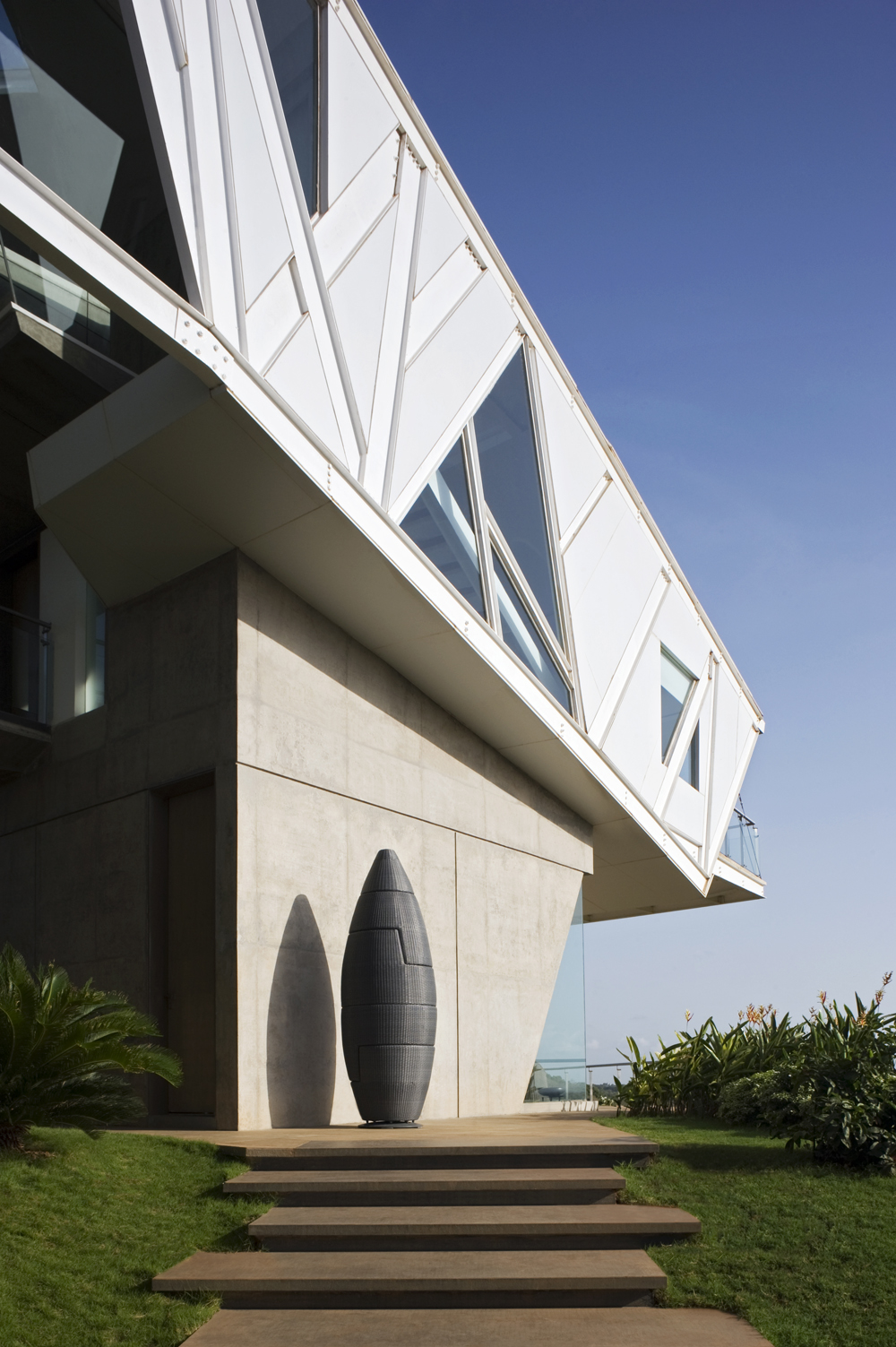 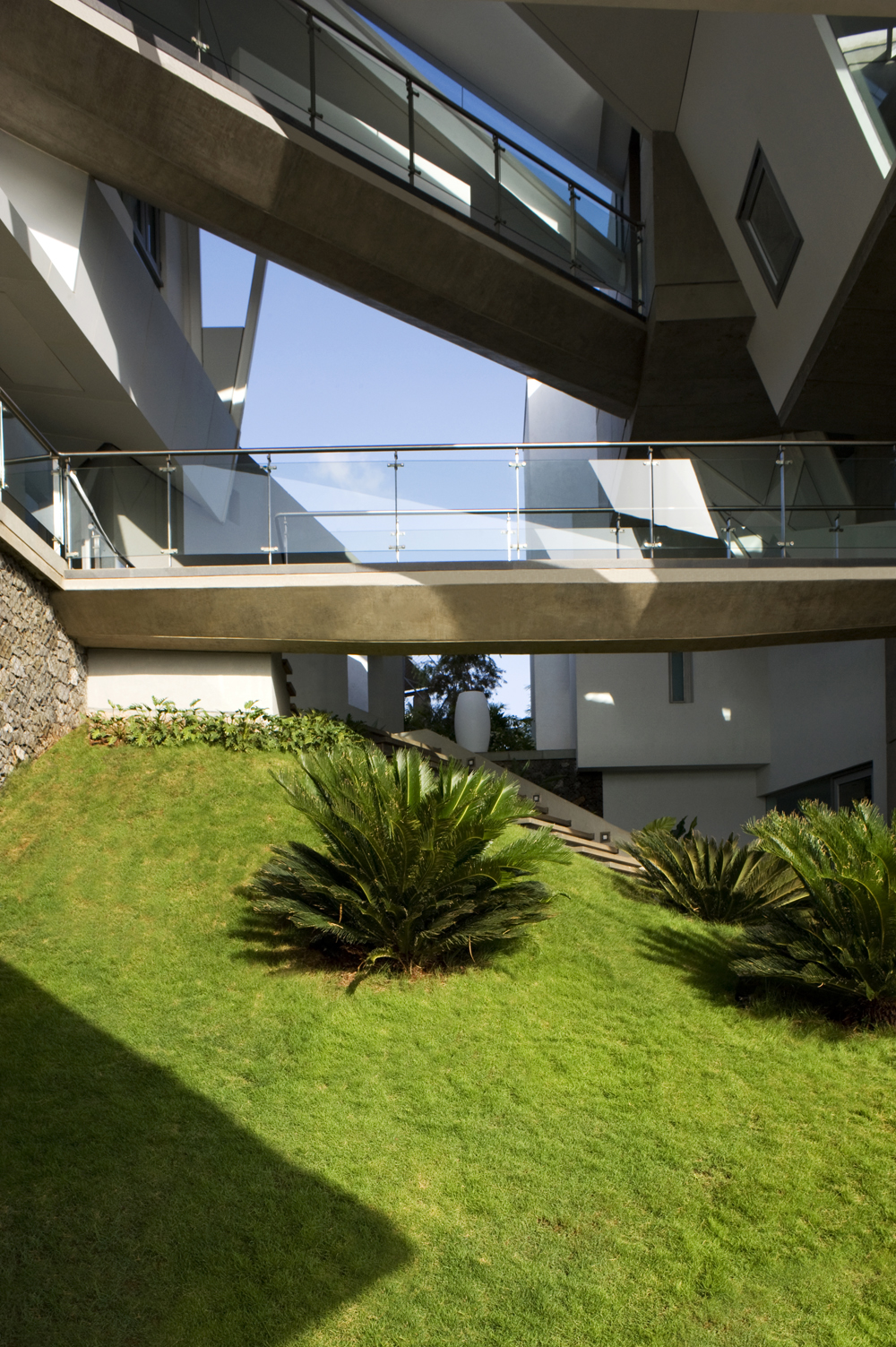 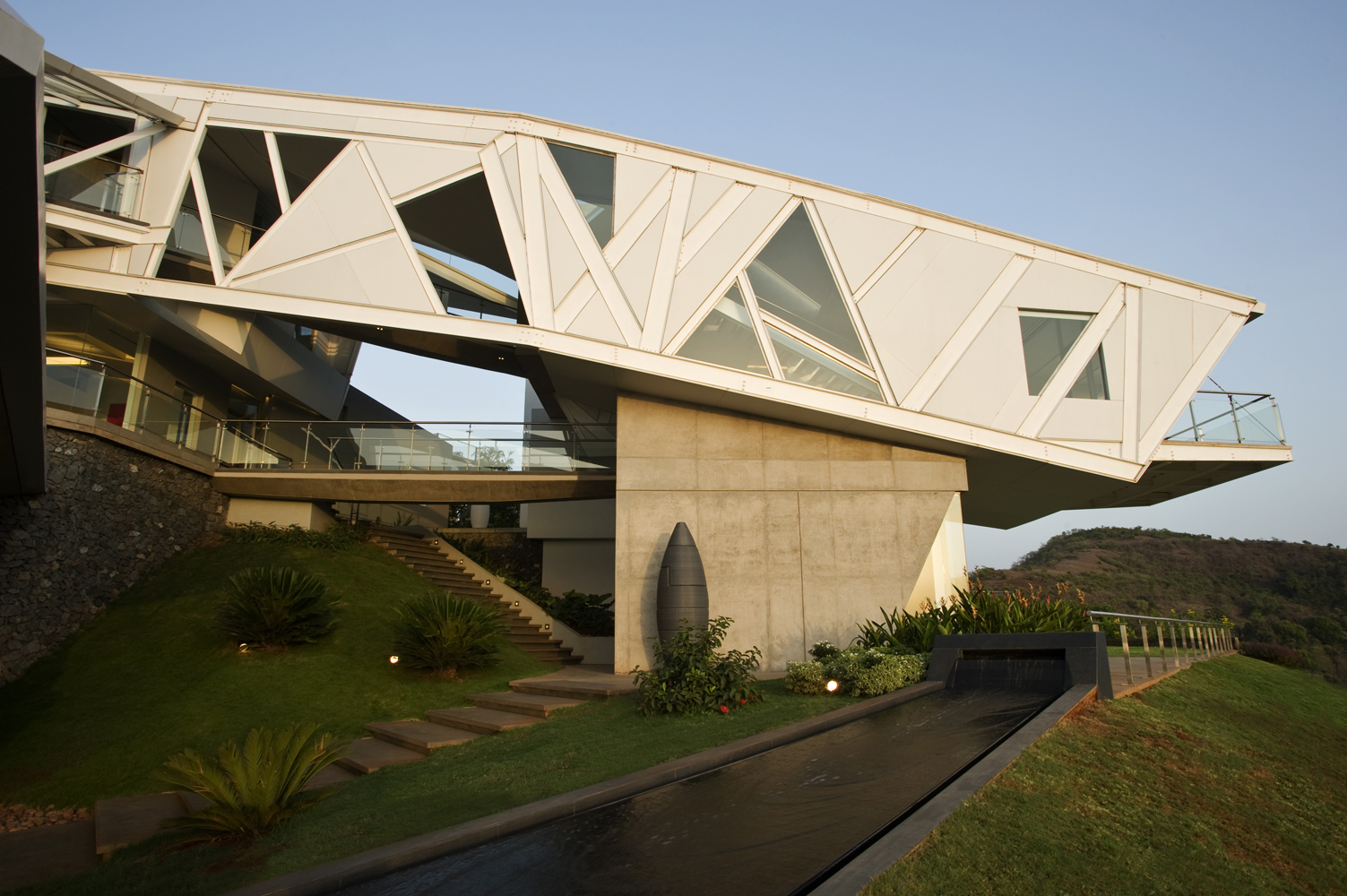 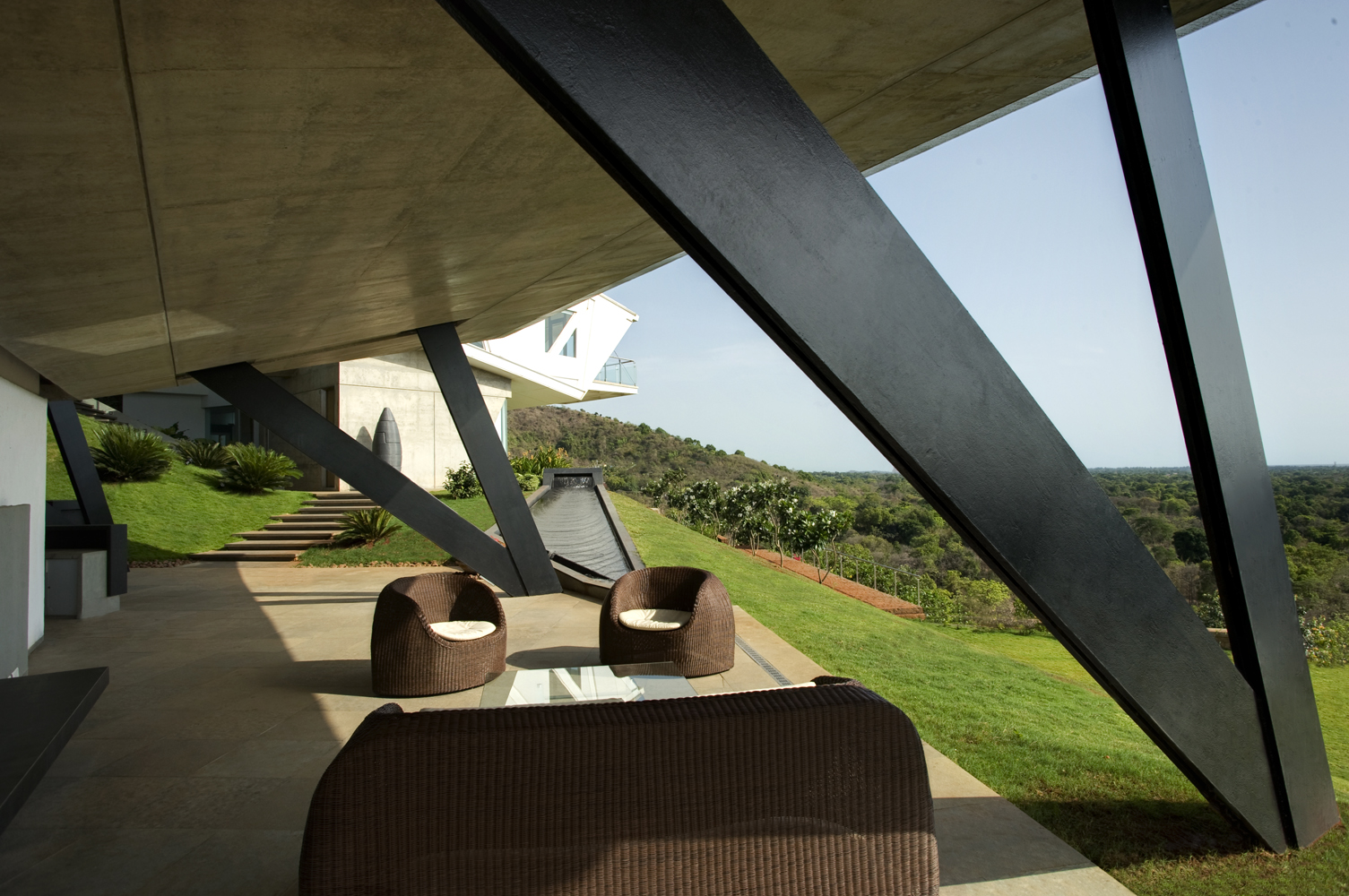 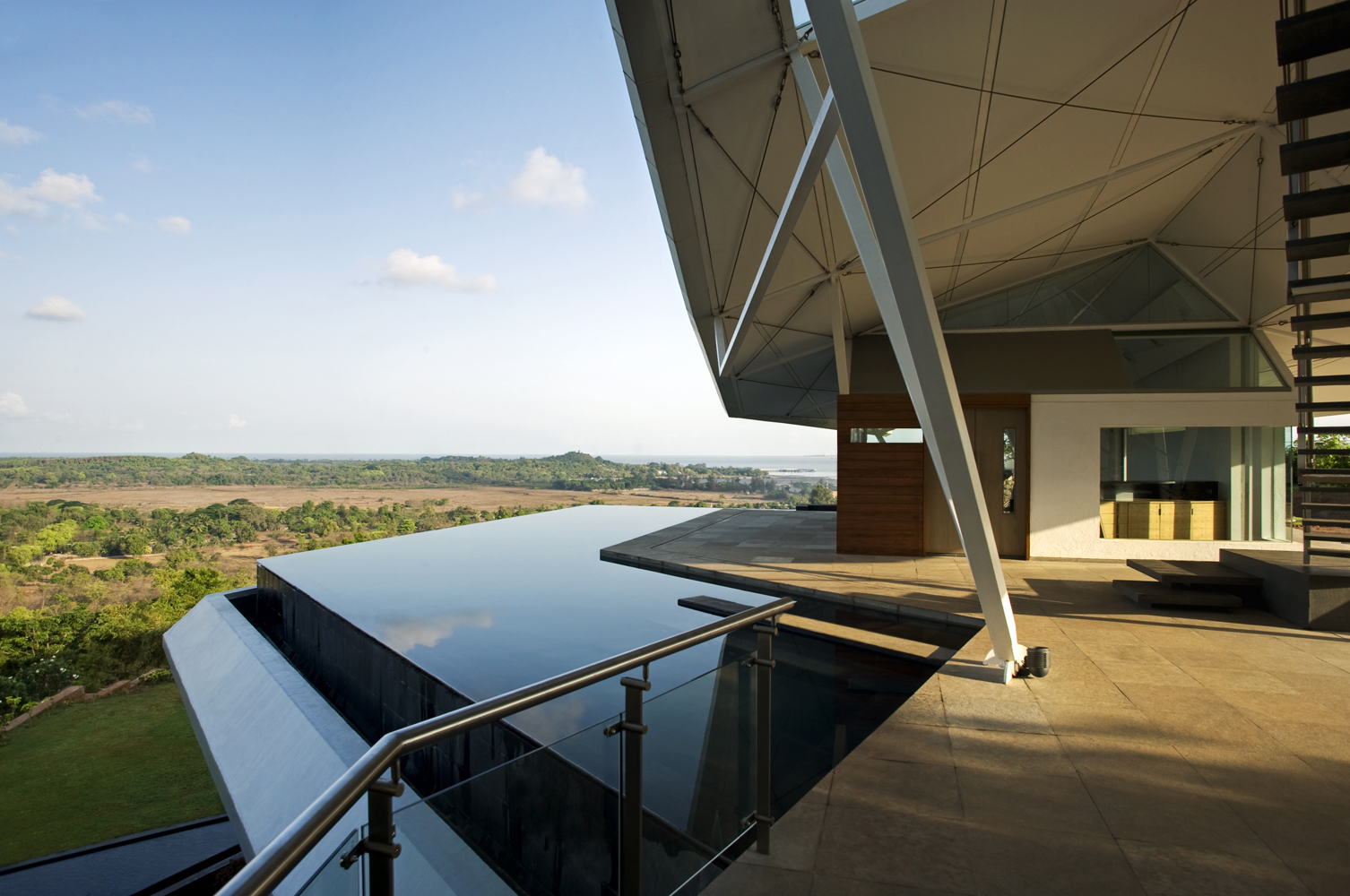 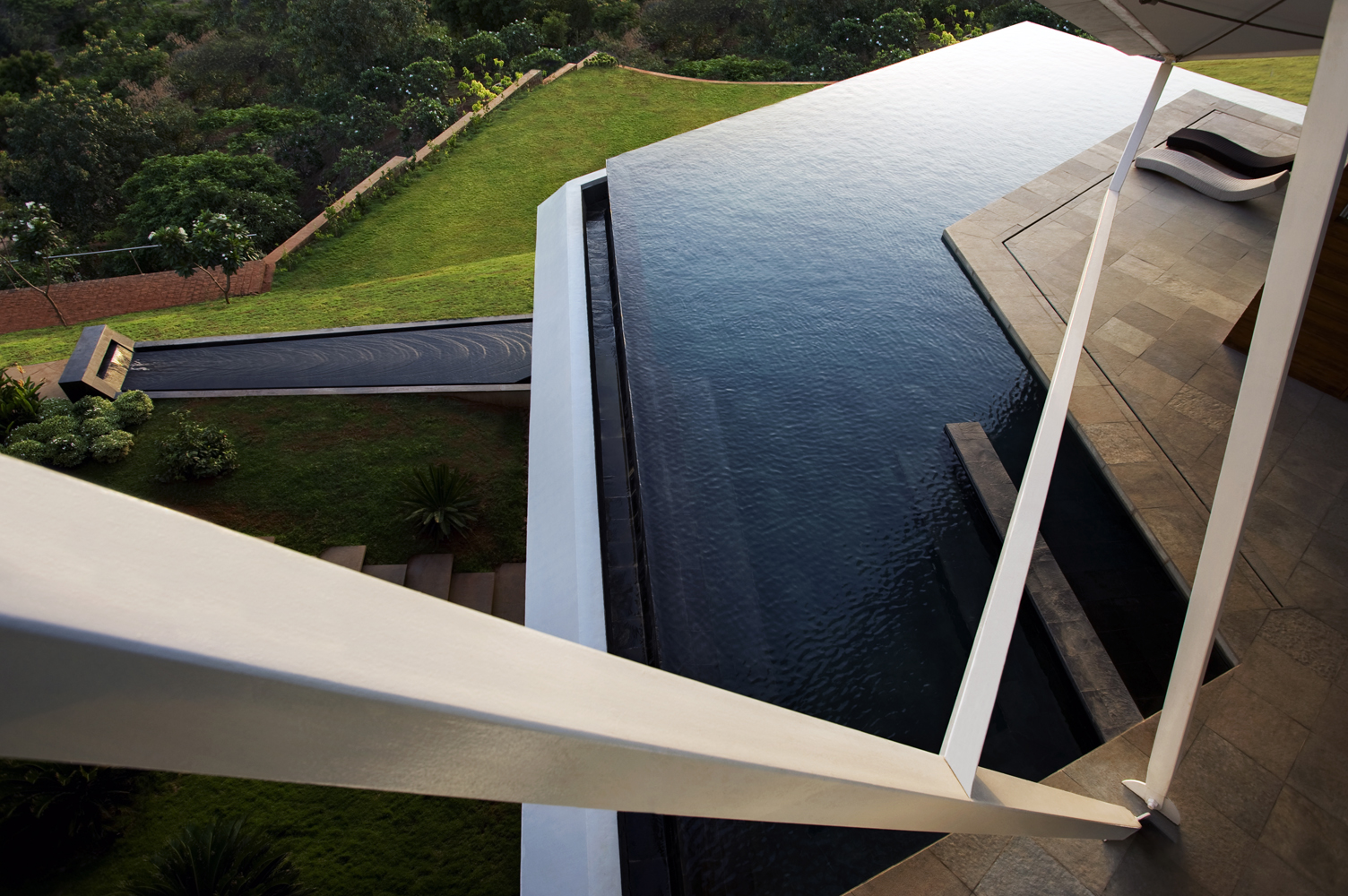 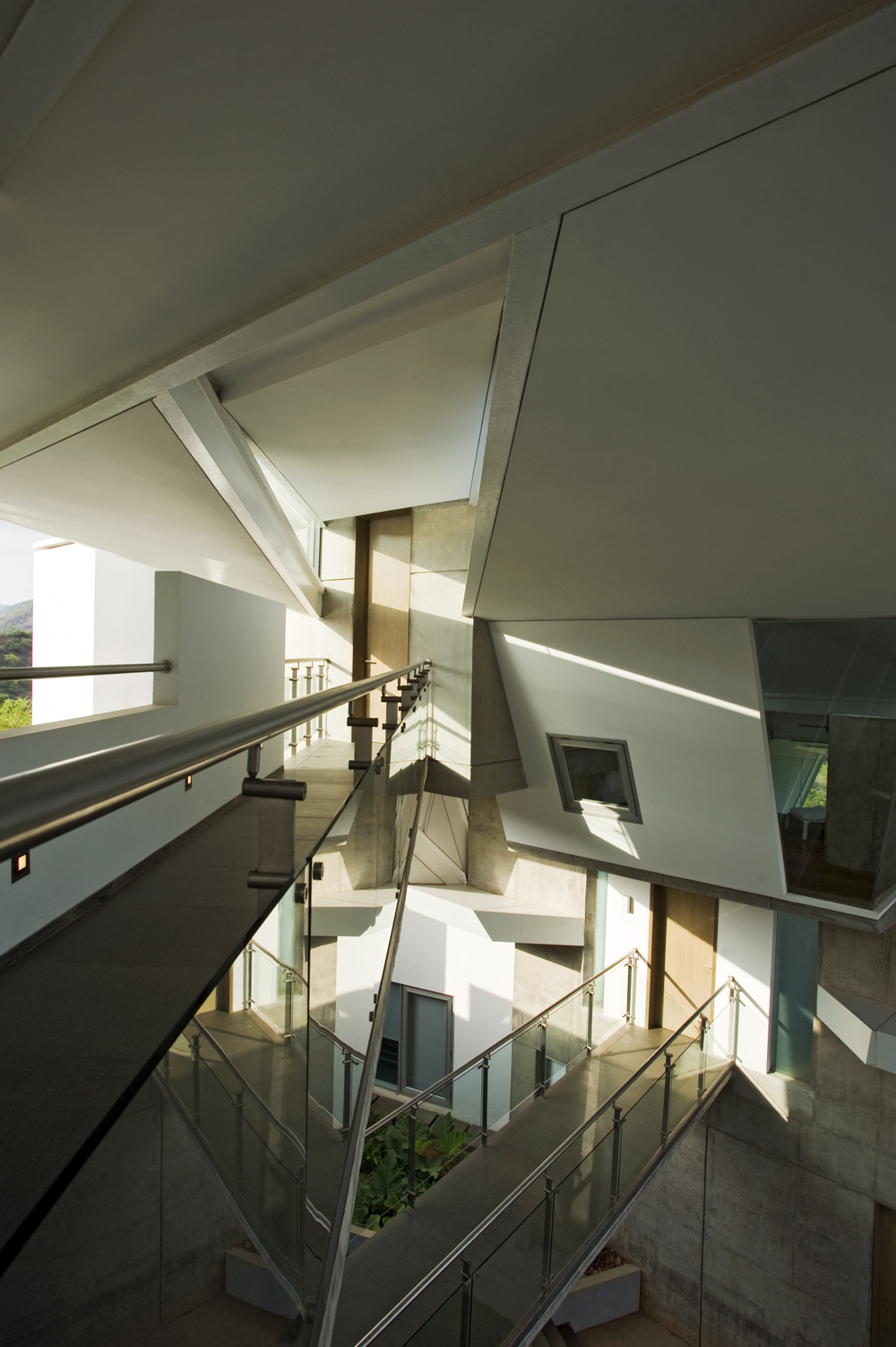 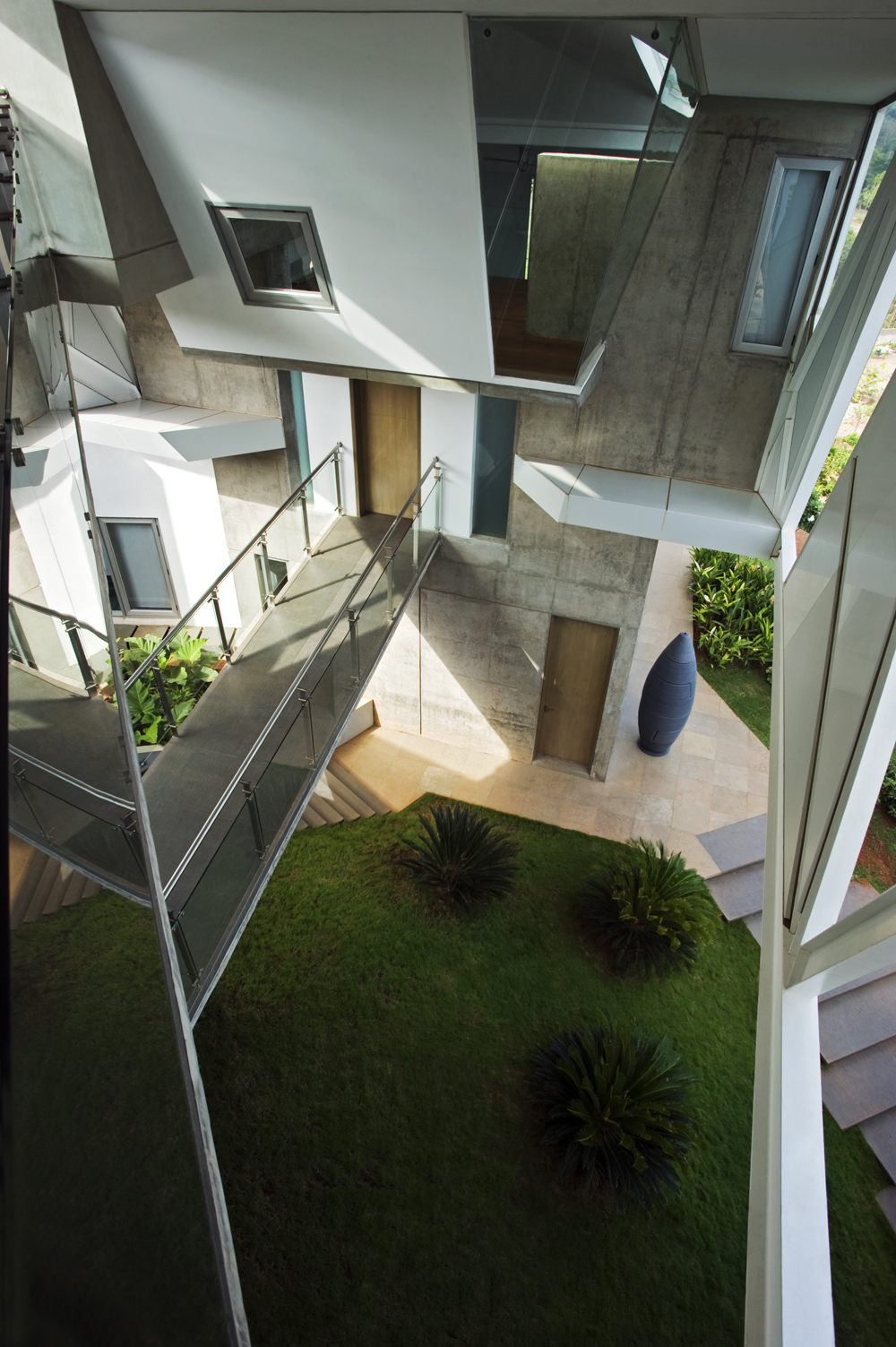 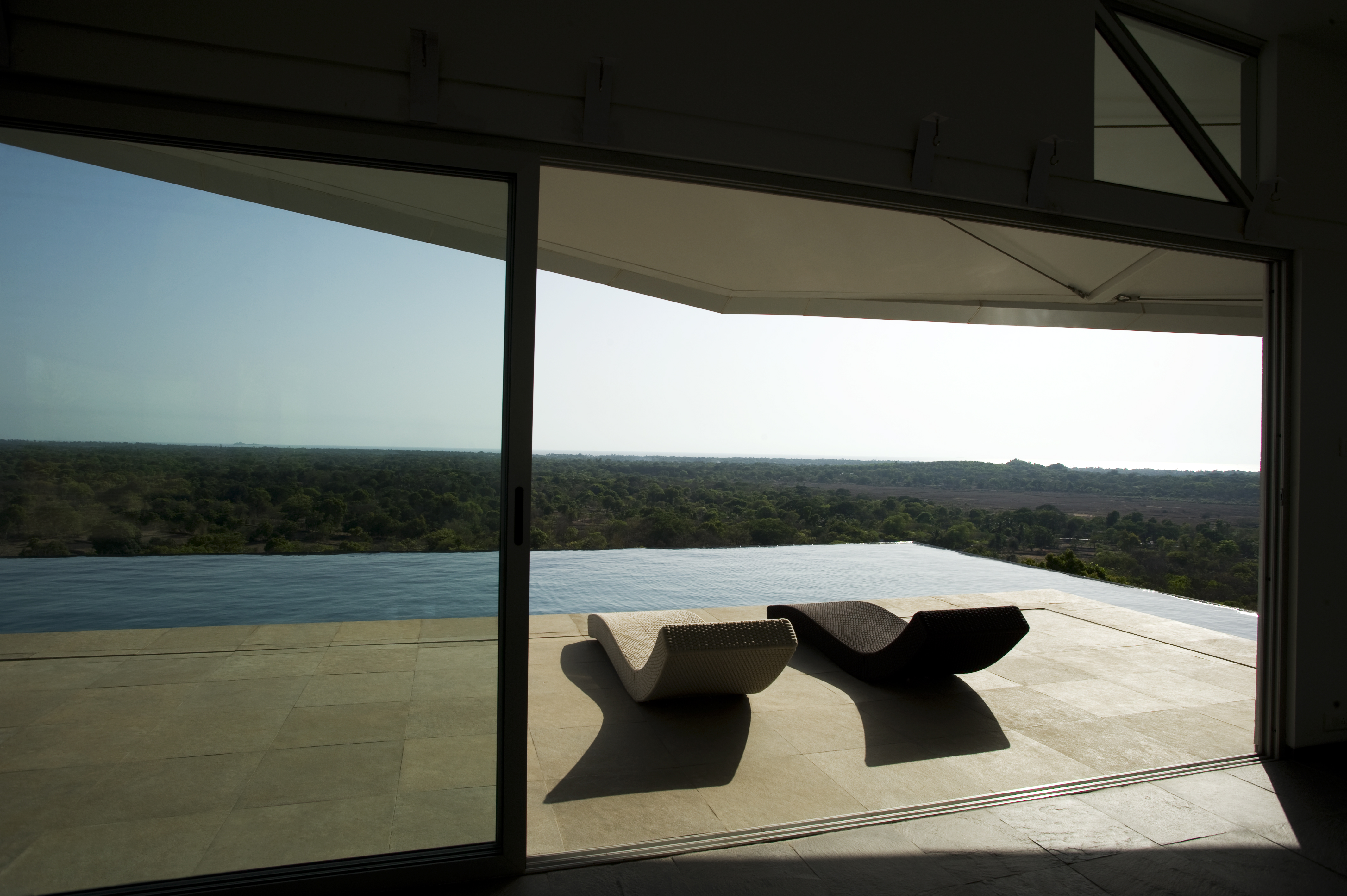 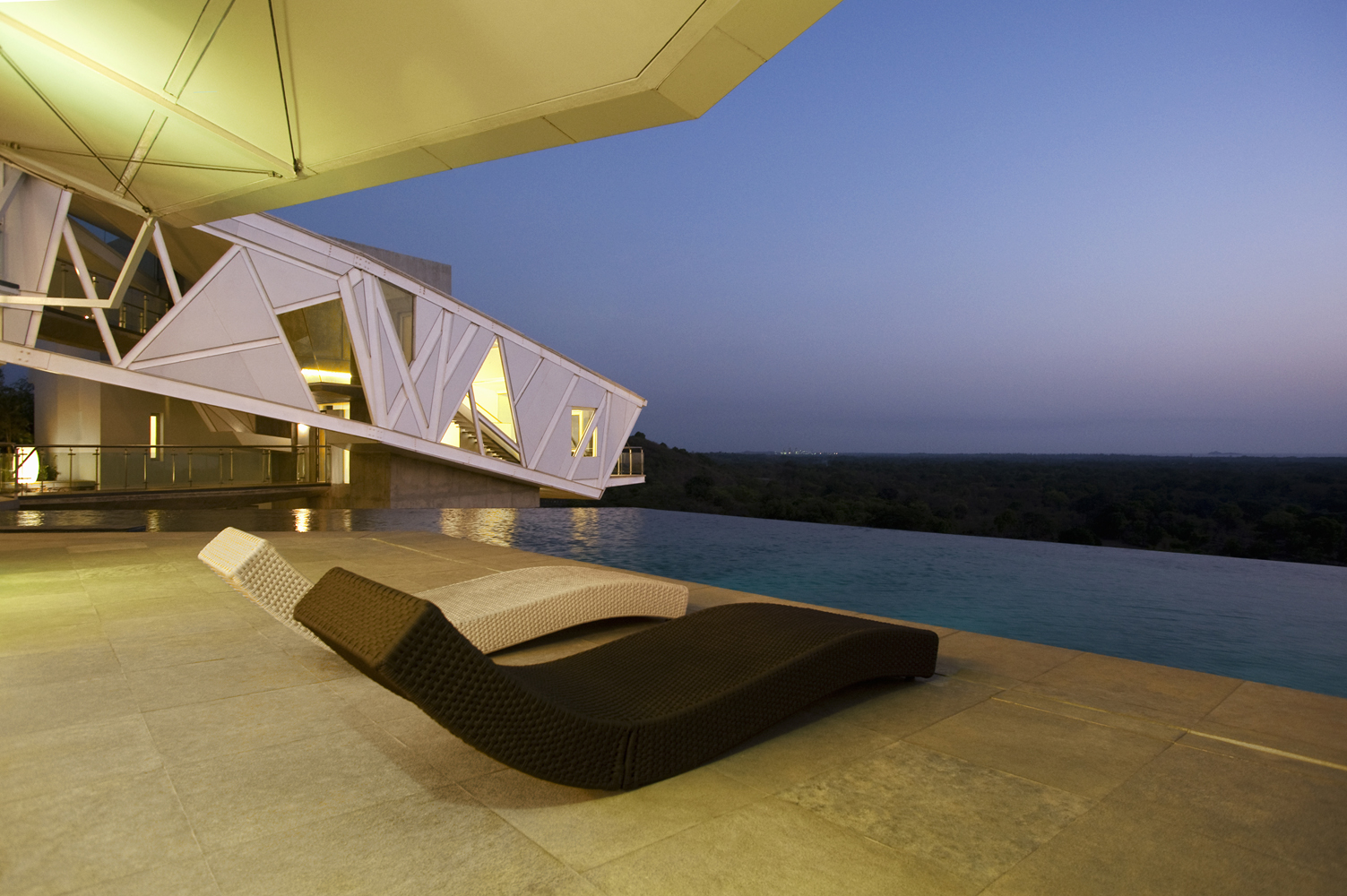 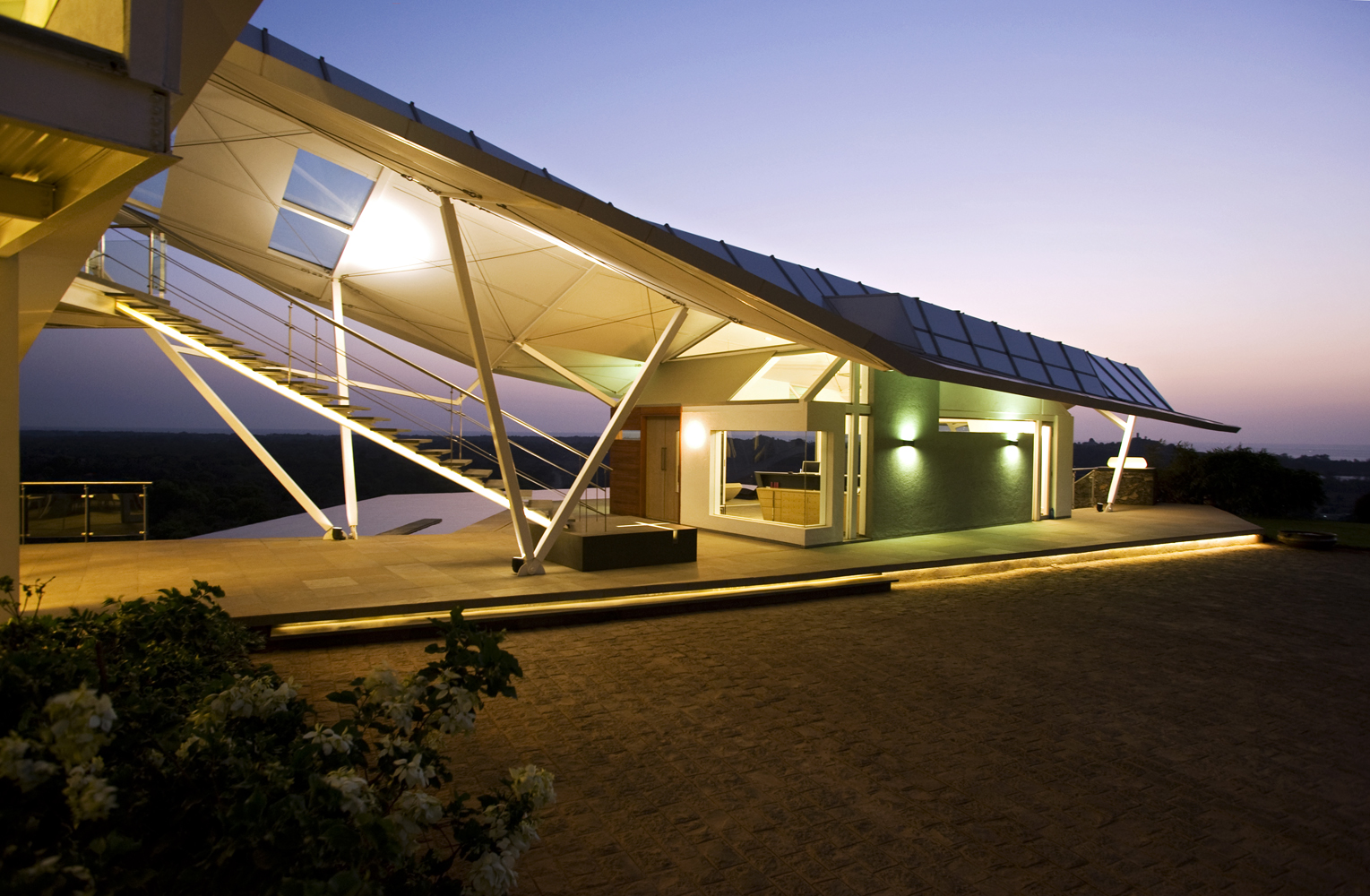 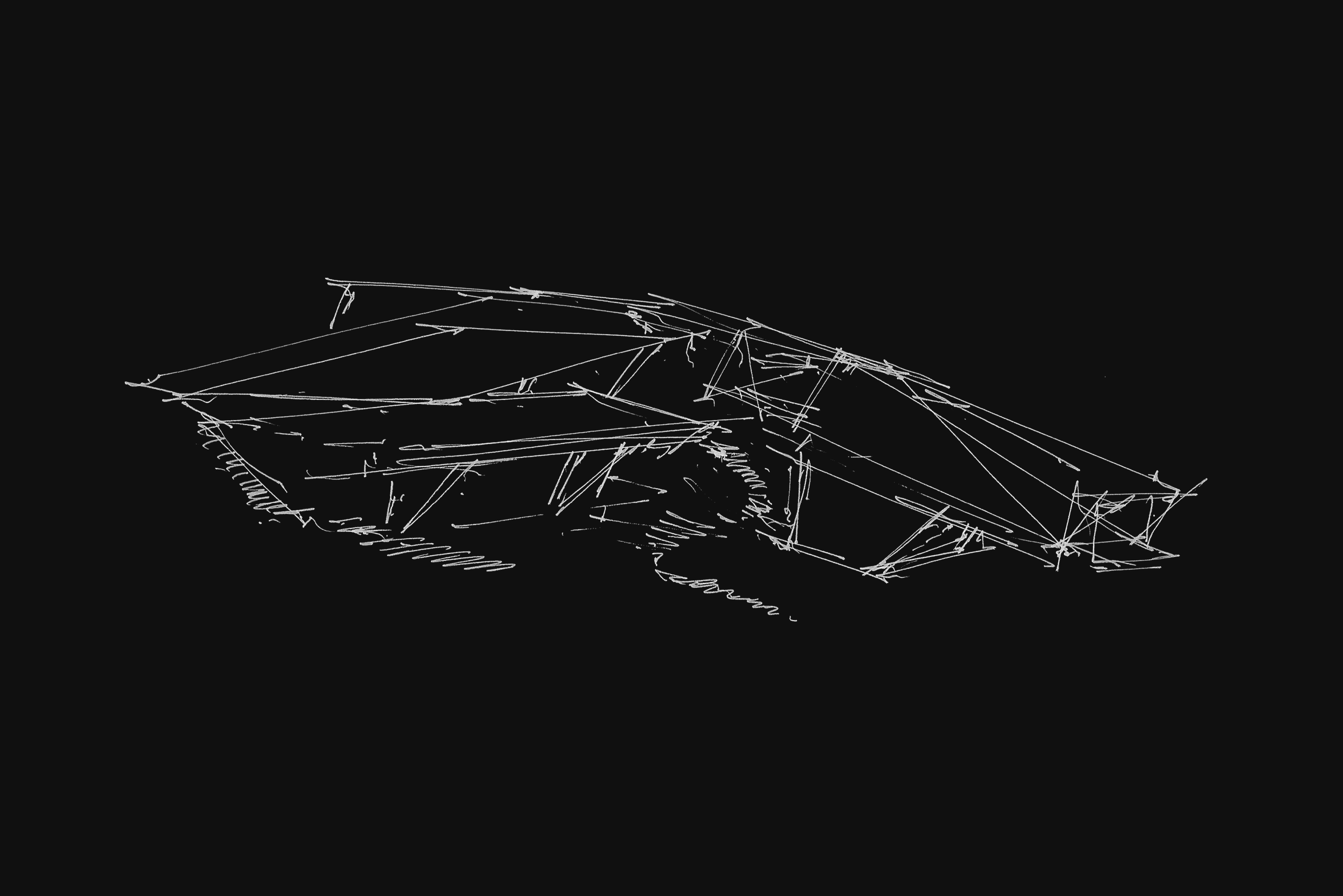 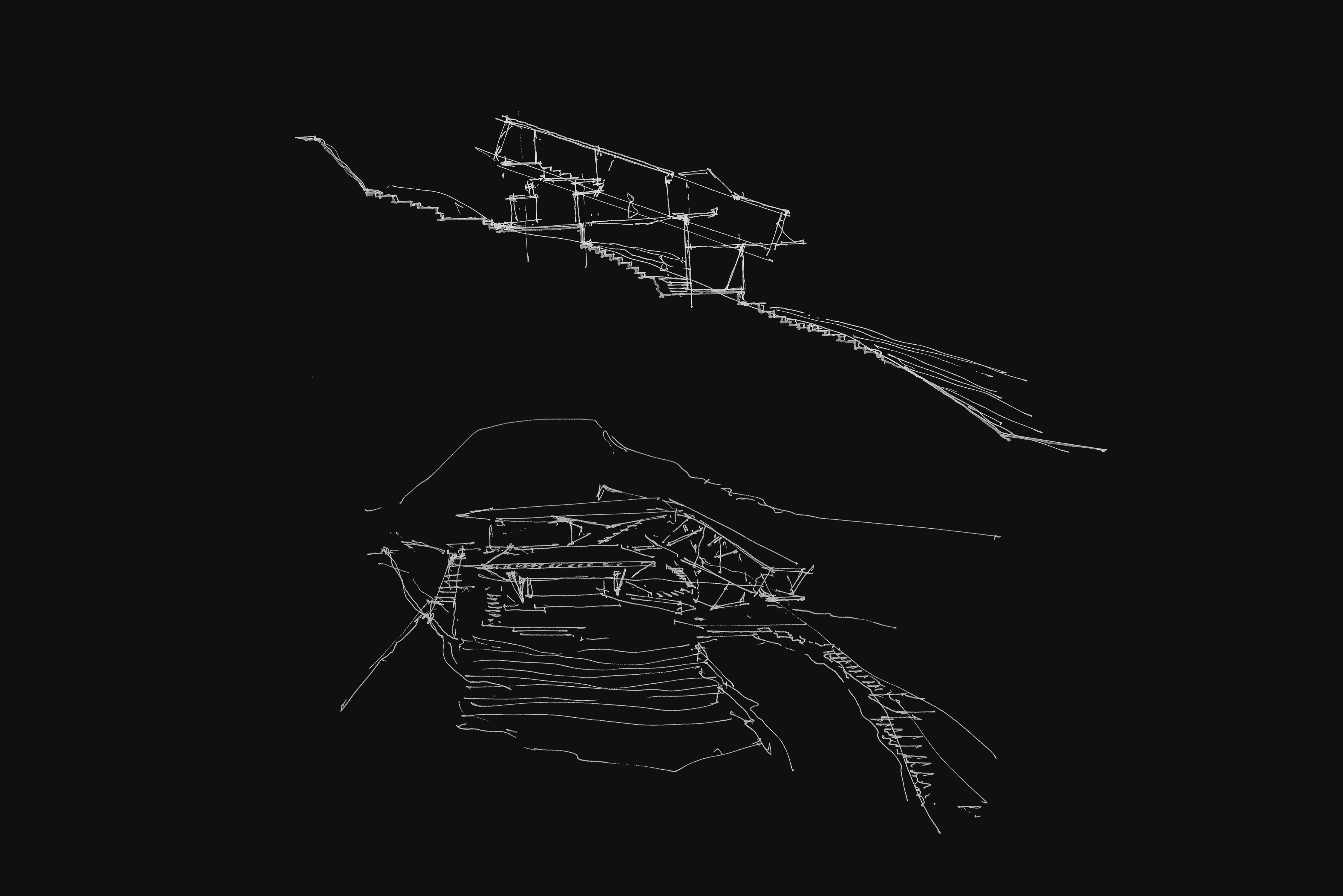 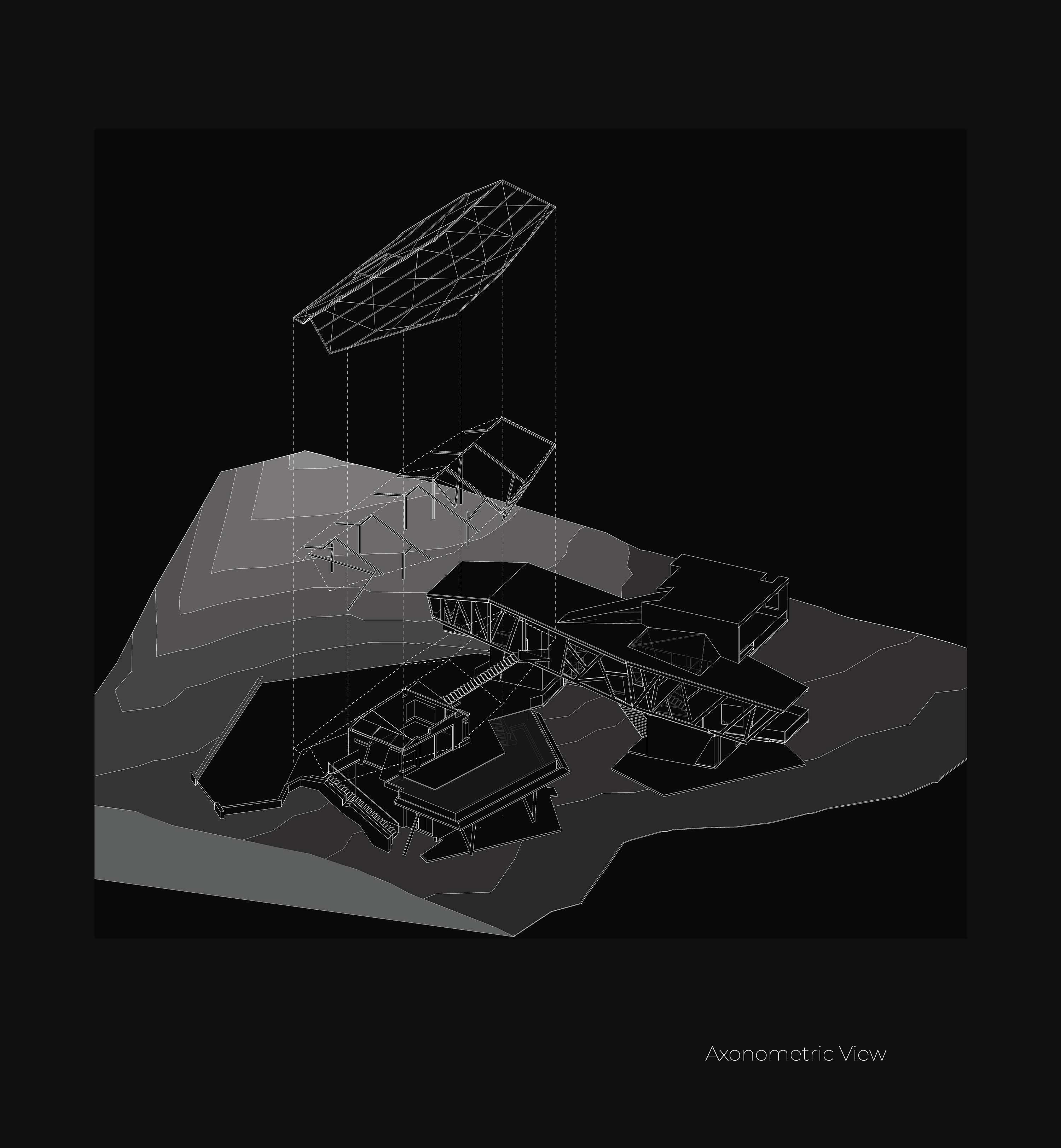 A walk through the house is meant to yield unique moments of being suspended in space, of intimate enclosure, of vertiginous assaults but most importantly, of being connected to nature.

The site for this home is a hill in Alibaug, one which enjoys a stunning view, not only of the rolling contours surrounding it, but of the sea and the skyline of Mumbai in the distance.
Conceptually, the design of the home is a departure from the “stepped terrace” typology that one would conventionally employ on a heavily contoured site. Instead, we chose to deconstruct a cuboid that is tilted and suspended over the ground and seems to simultaneously ‘float’ and ‘flow’ down the hill.

The contours of the hill have been used to organize the structure over 3 levels. The ‘tube’ contains 2 large bedroom suites at different levels with a large interstitial void that is inhabited by floating connections.

The creation of singular sensory experiences has been the primary organizing and sculpting vector. Numerous geometric inflections and articulations are designed to engage the senses in unconventional ways. The structure follows the design philosophy with concrete planes making contact with the ground, while steel floats above it. The home seems to conduct a constant dialogue with the ground on which it rests; it is informed by the earth but chooses at certain junctures to thrust over a prejudice, completely oblivious of it.