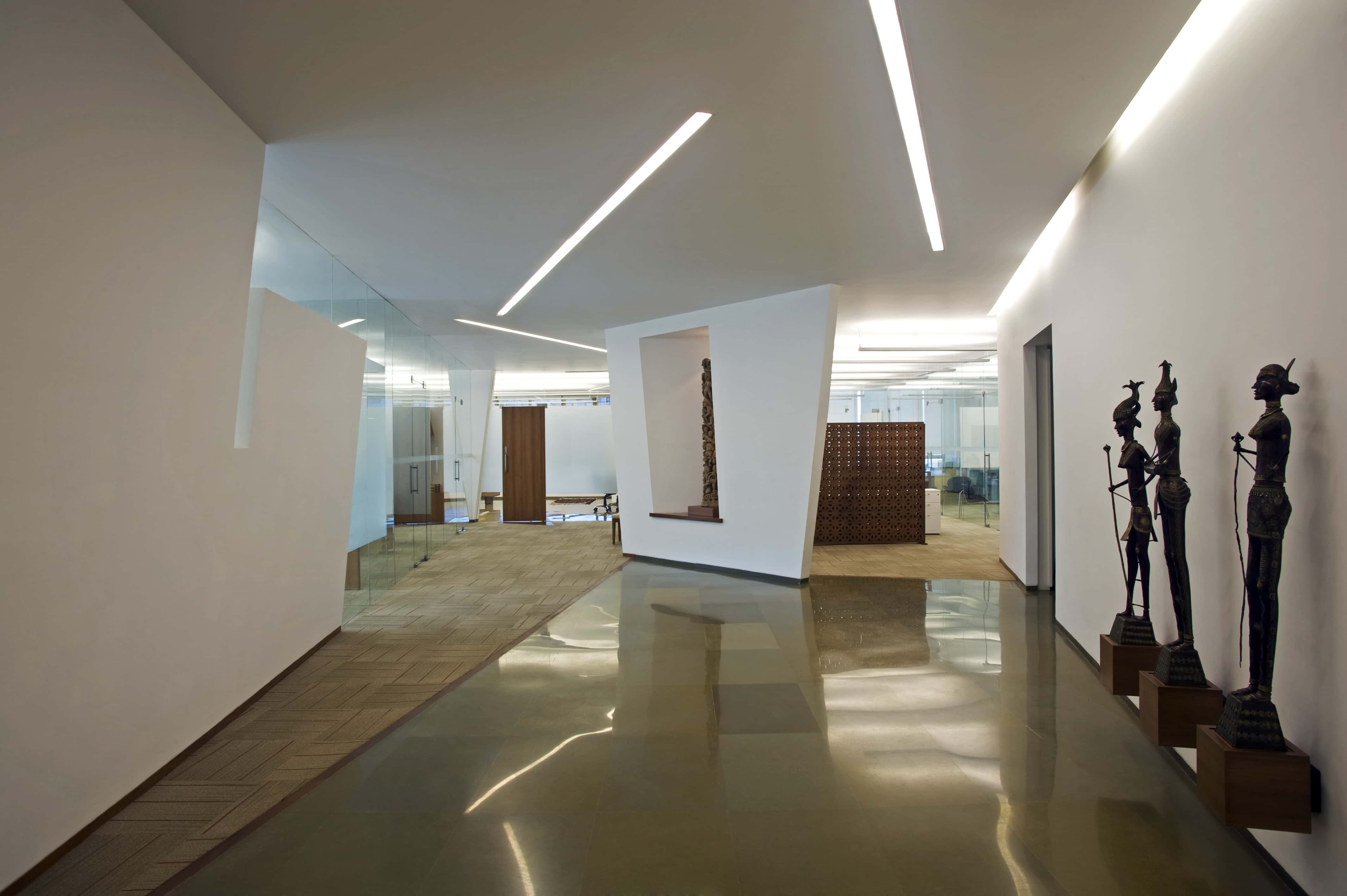 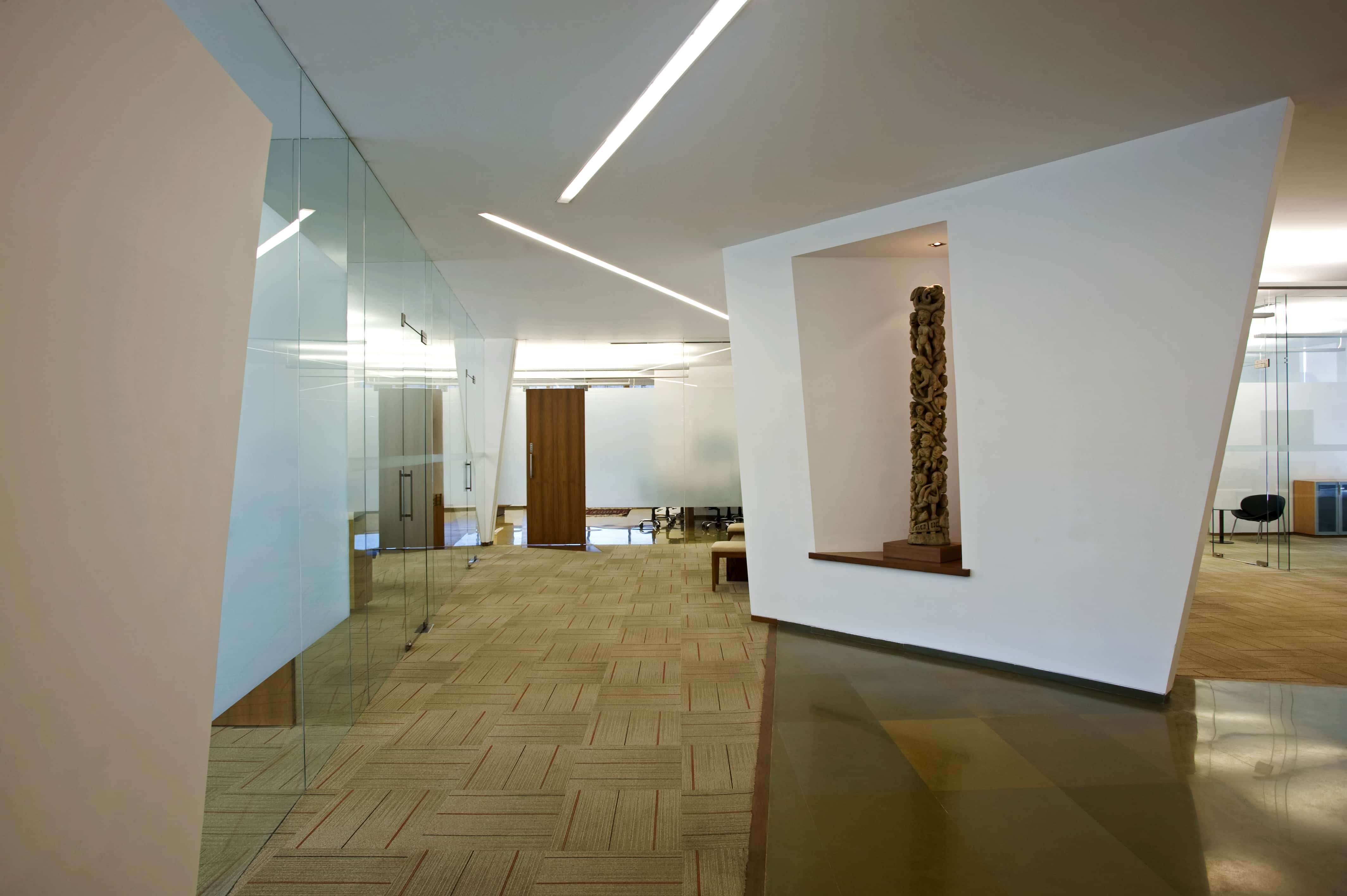 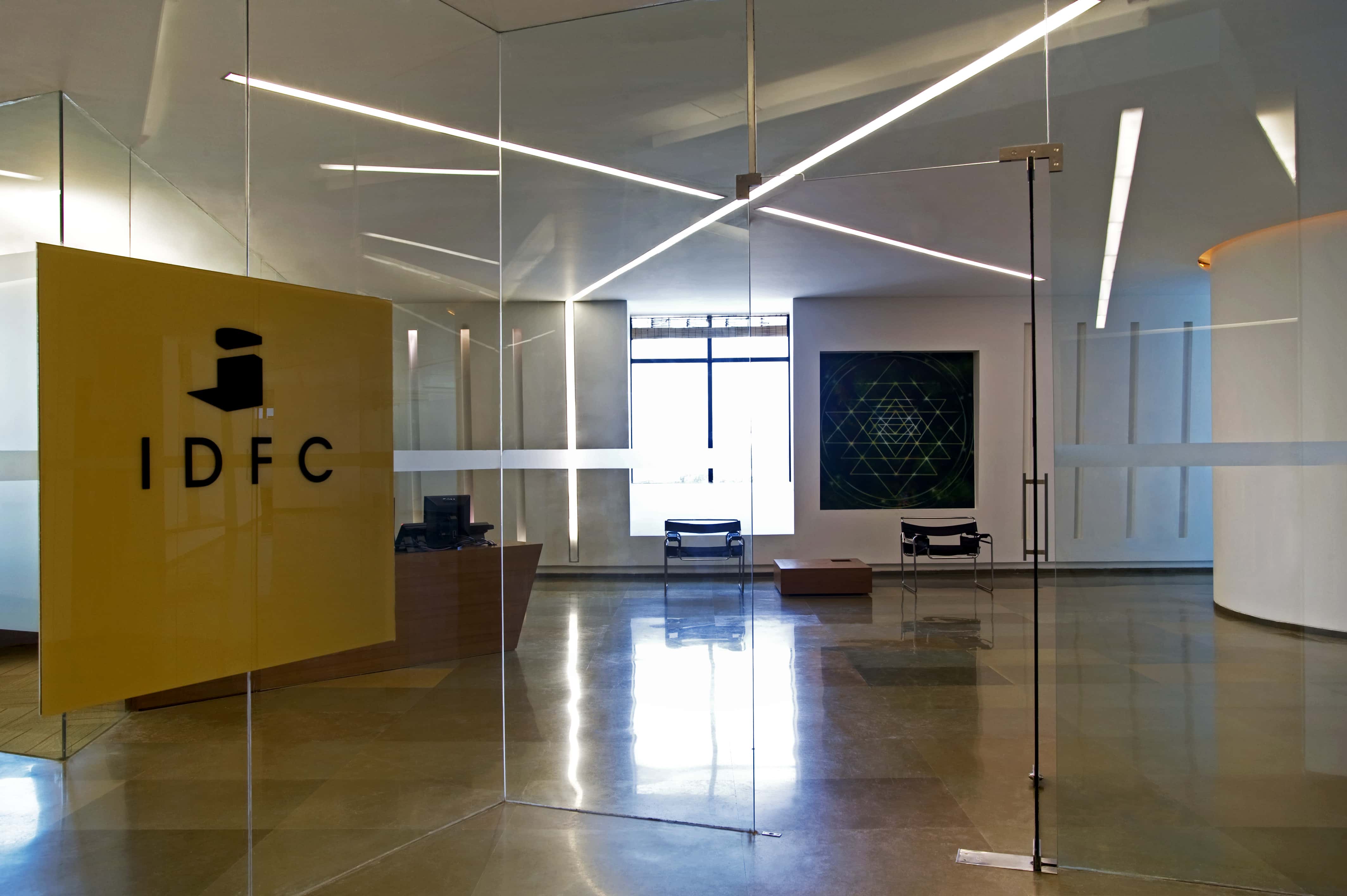 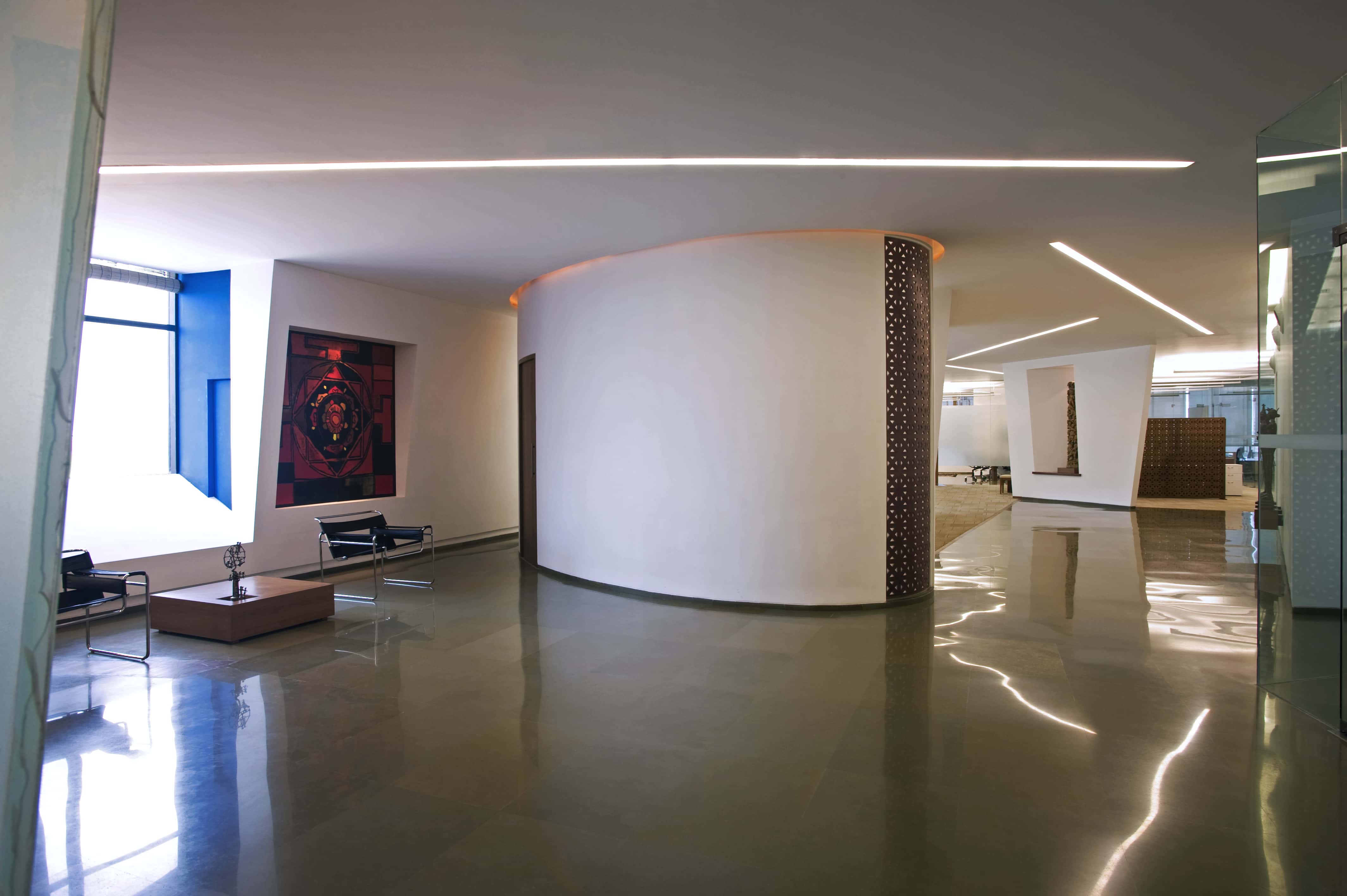 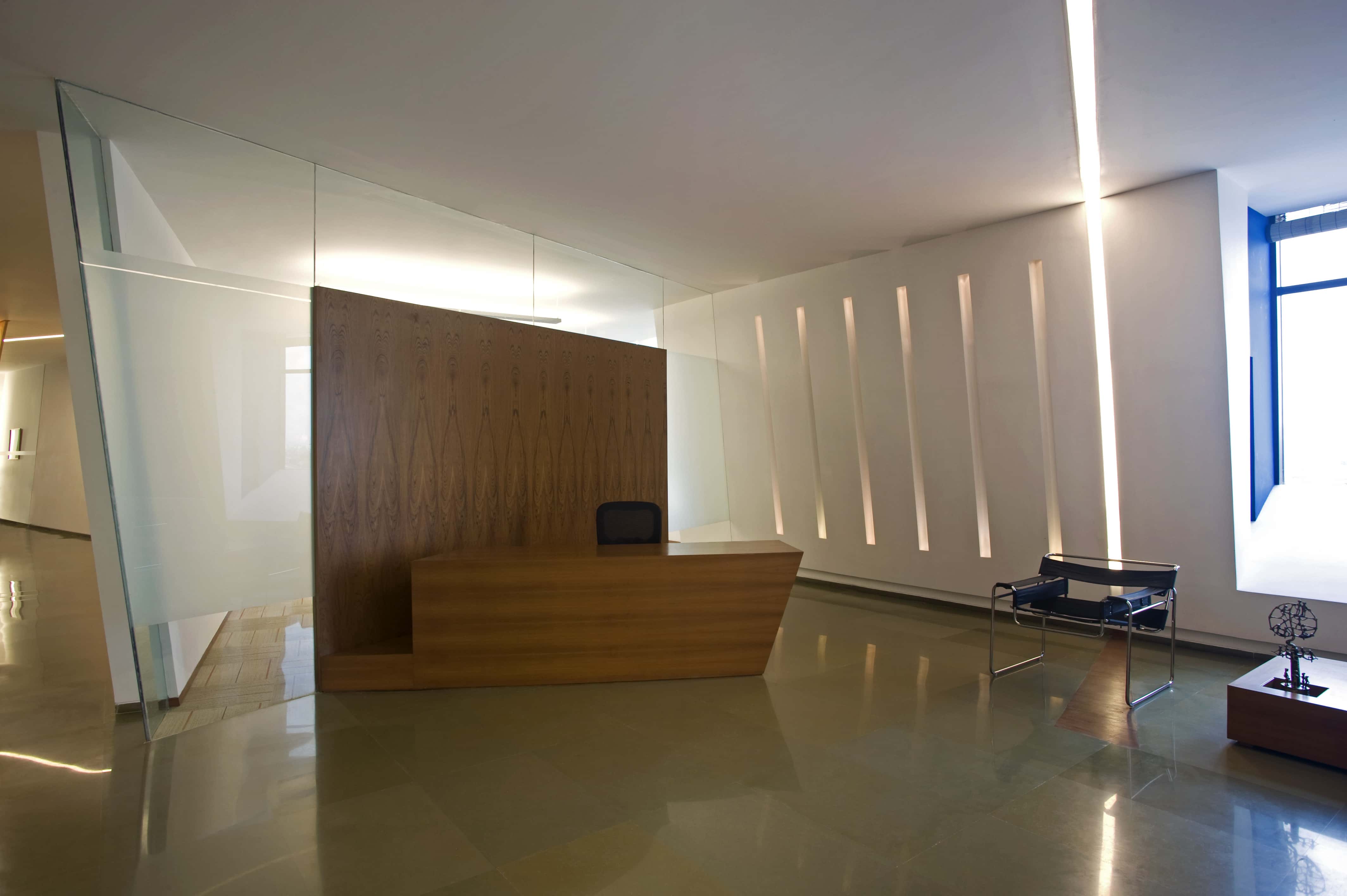 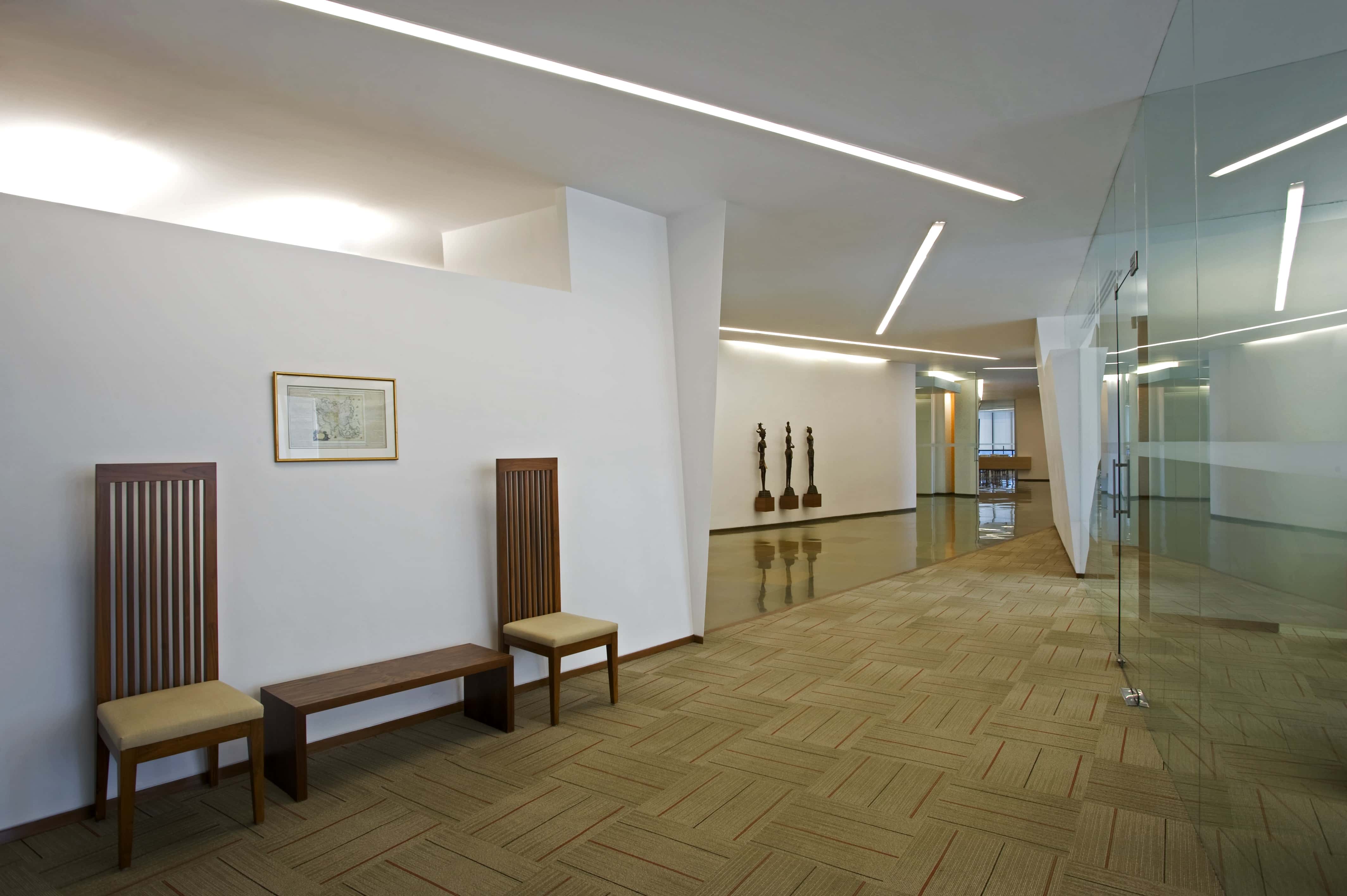 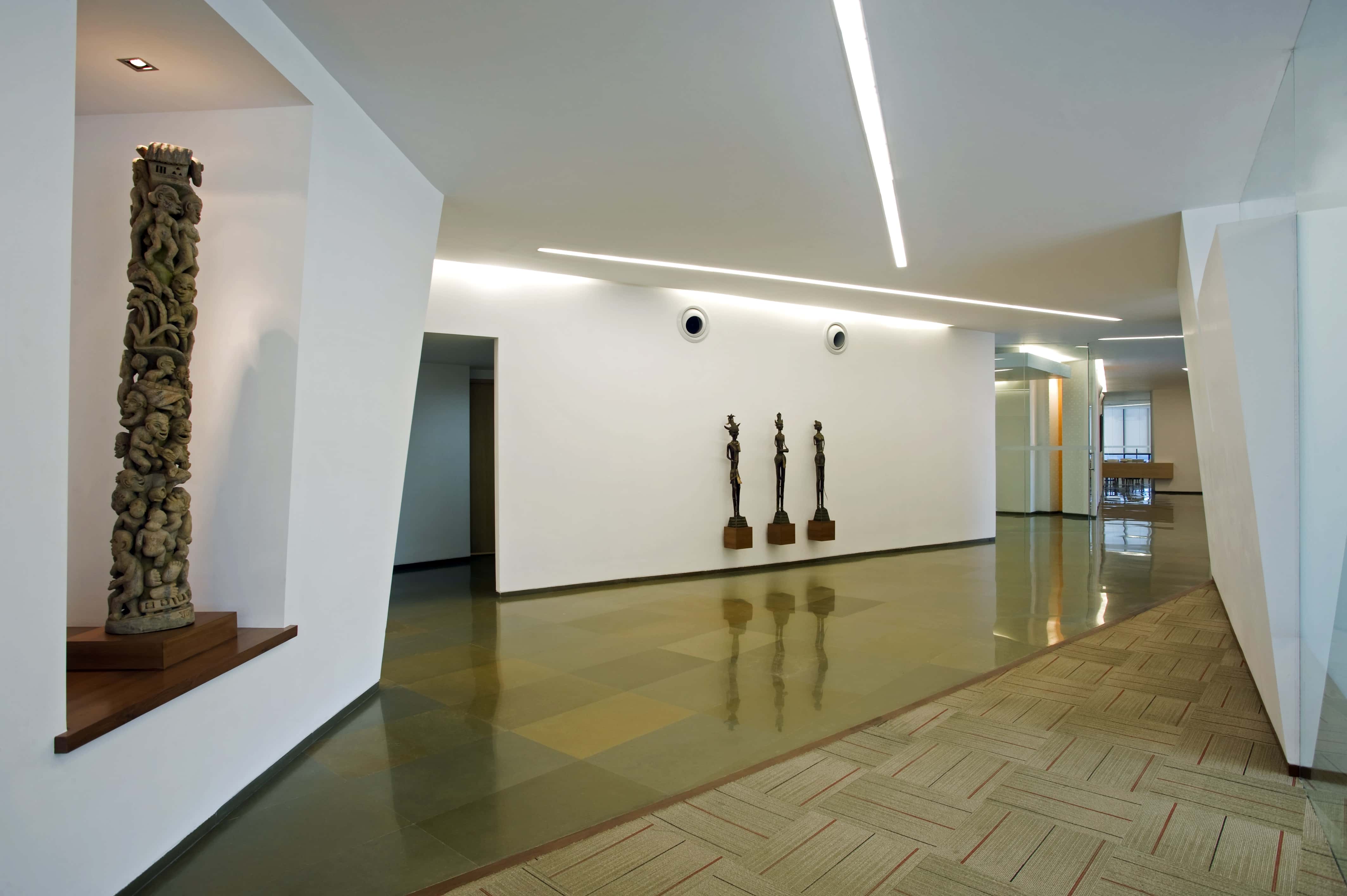 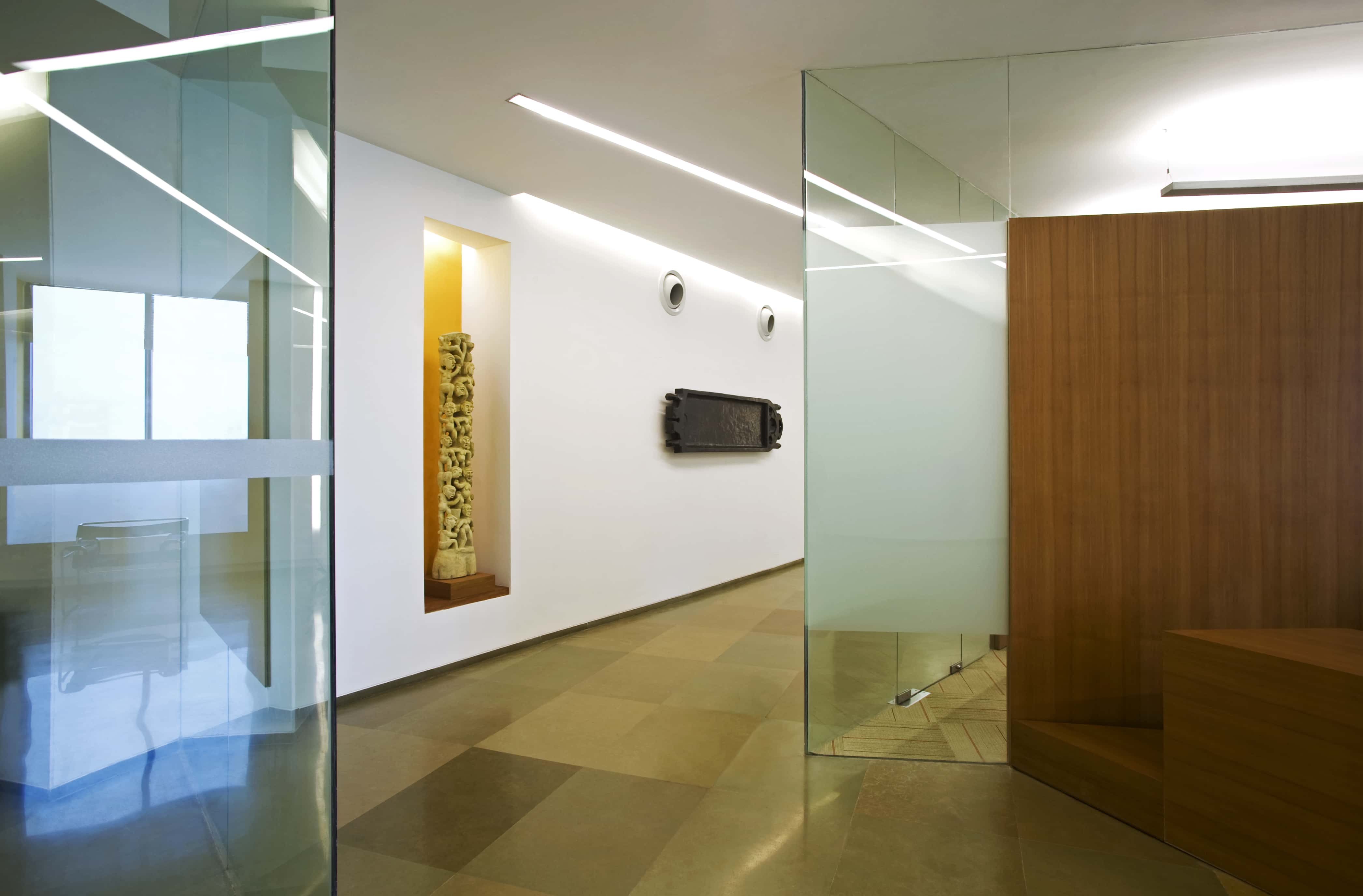 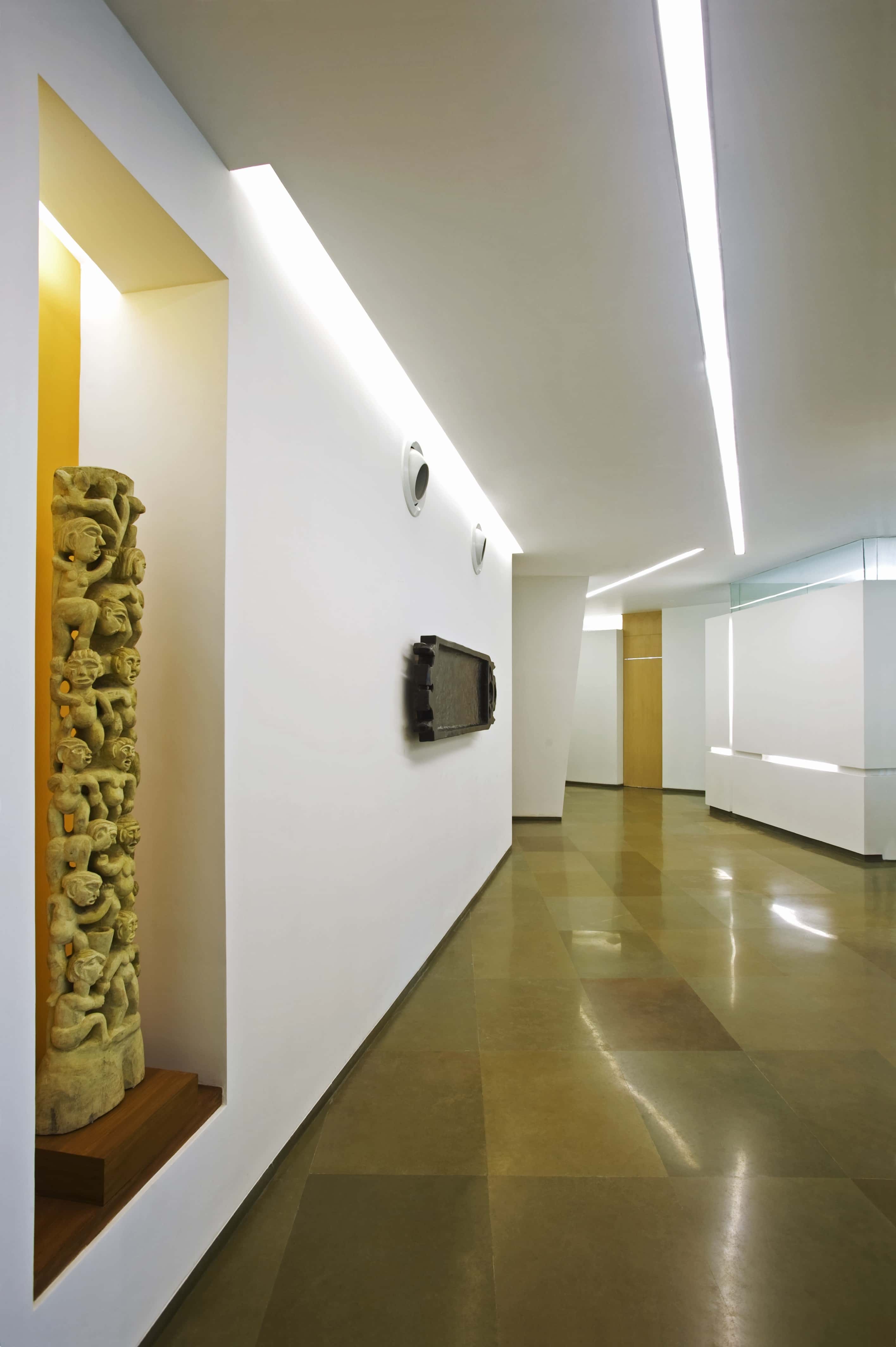 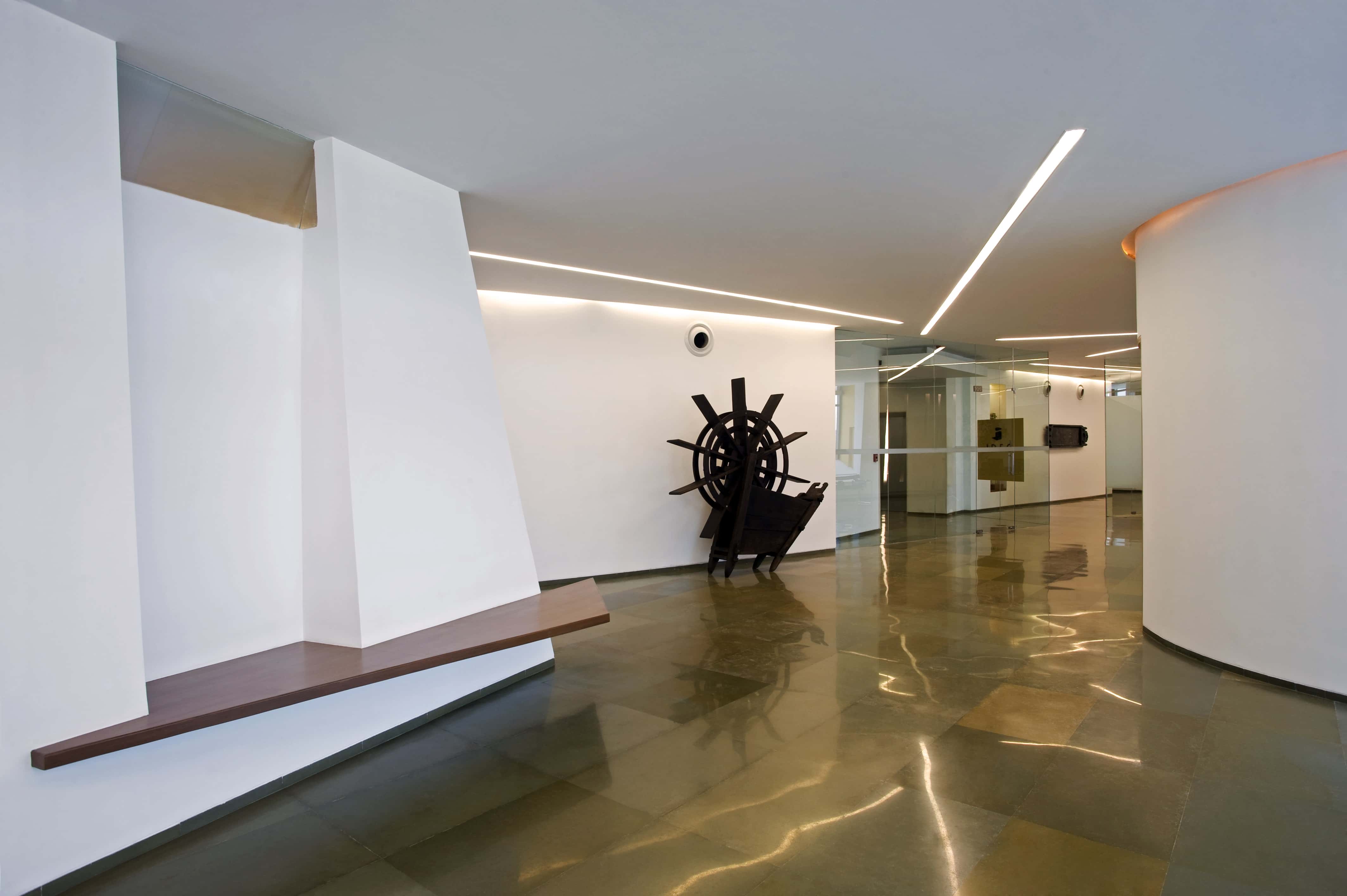 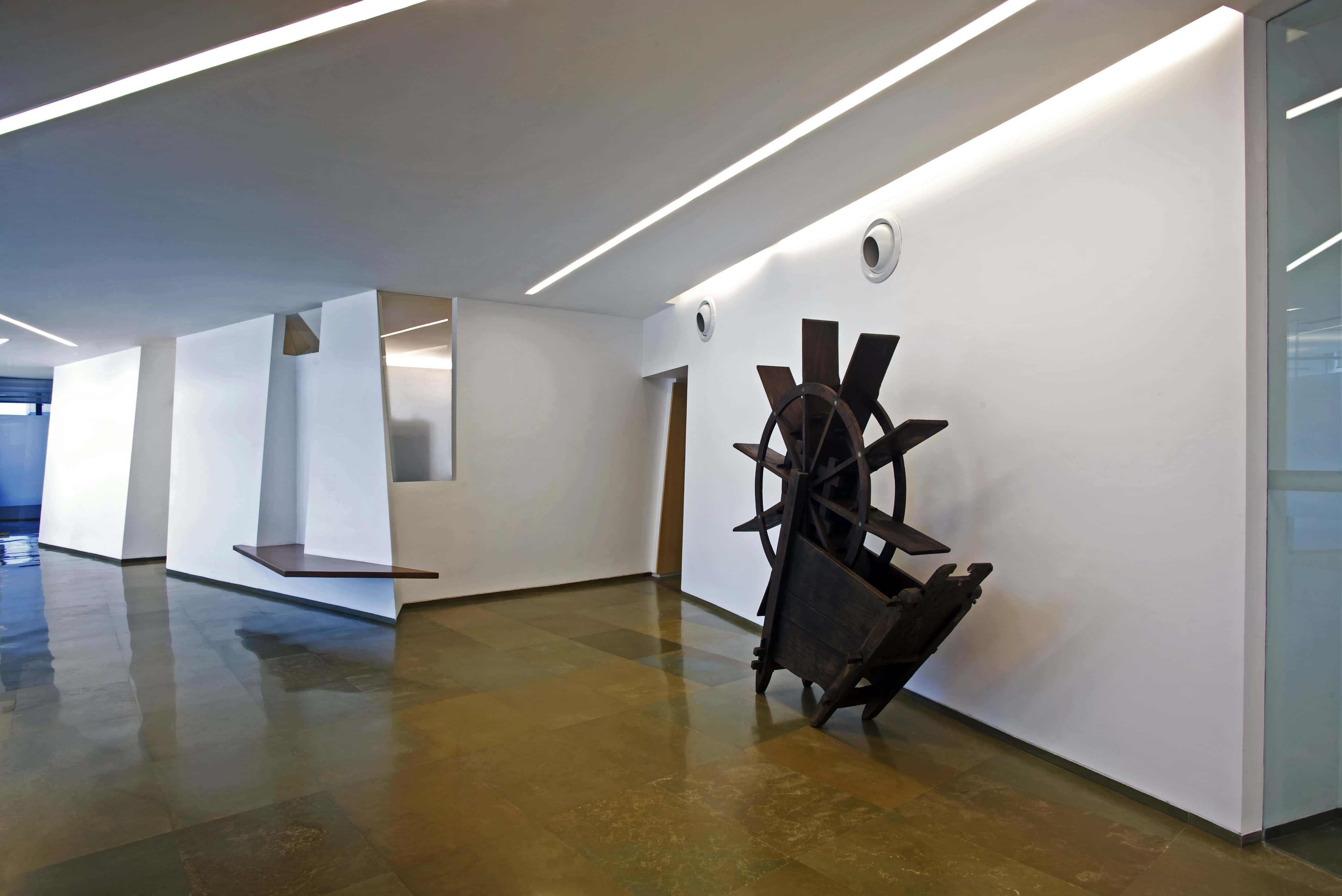 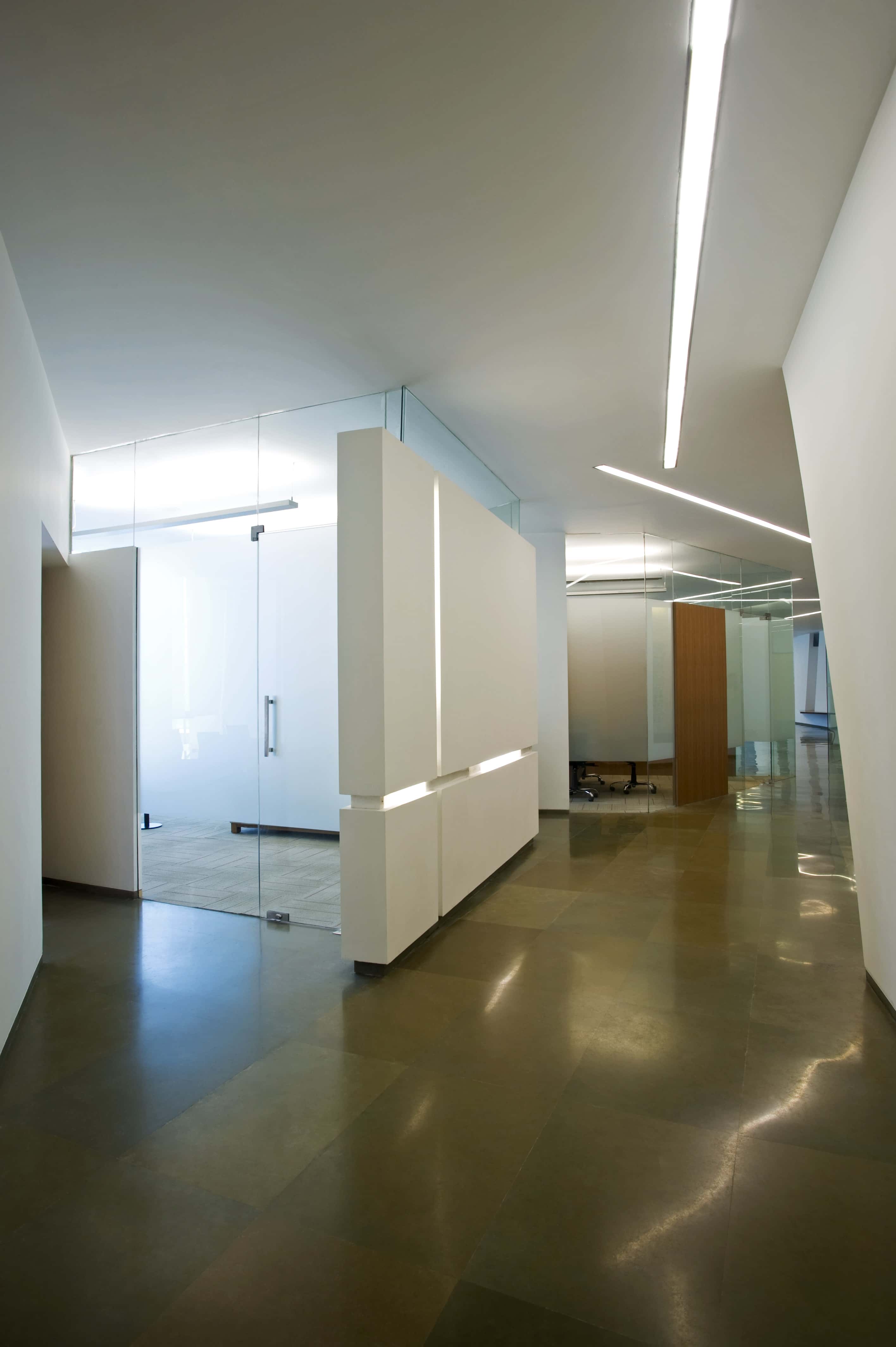 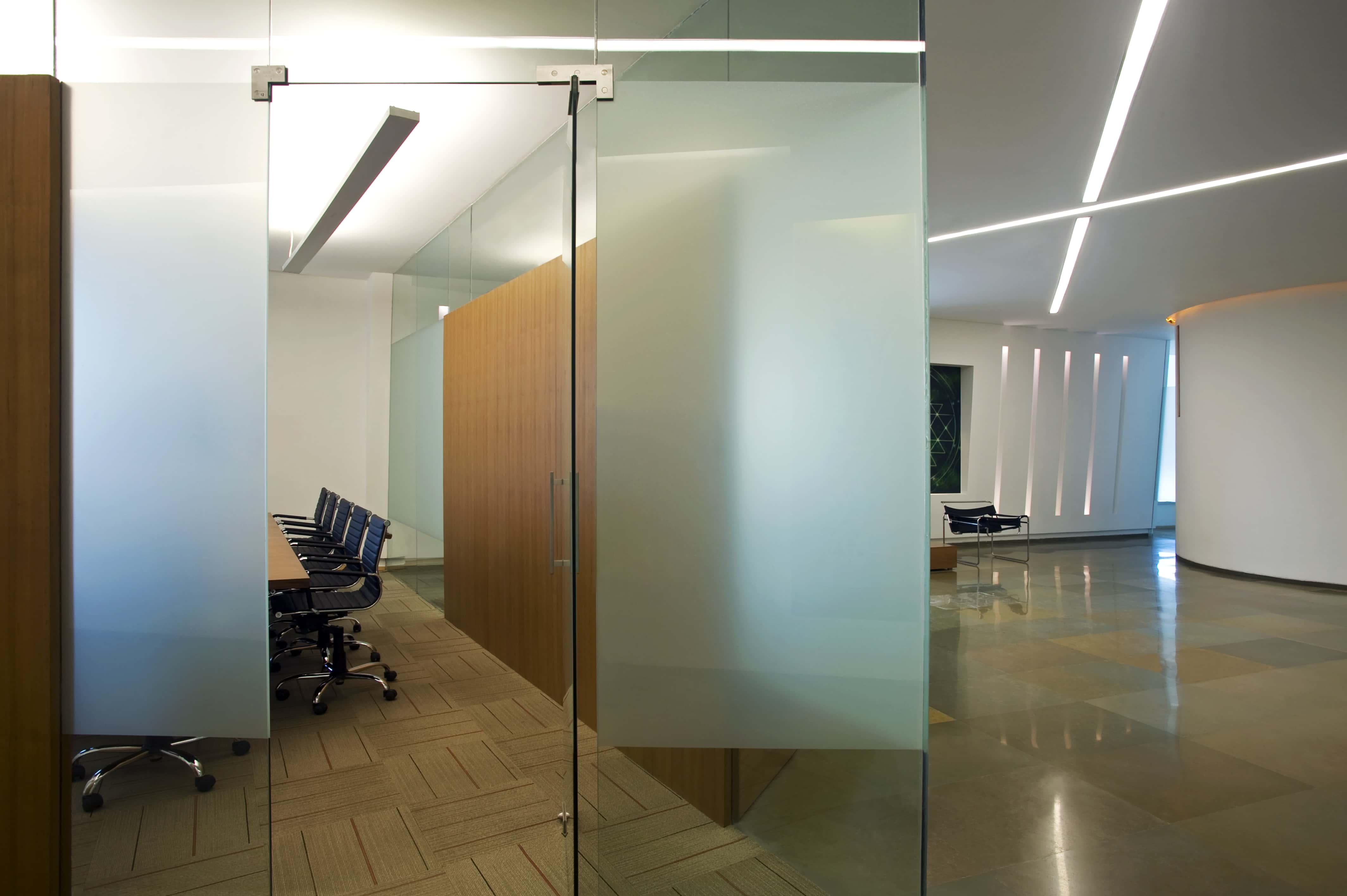 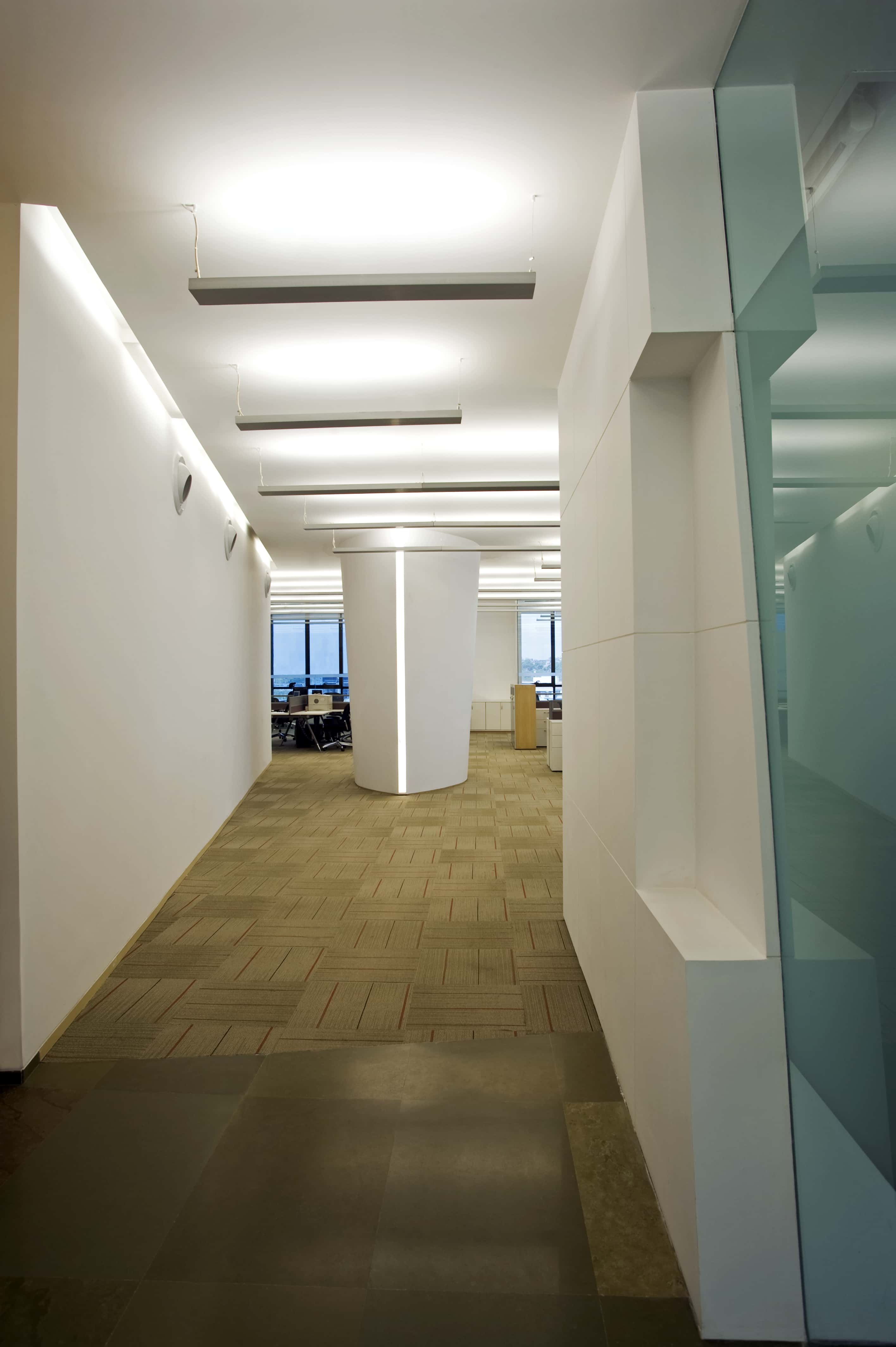 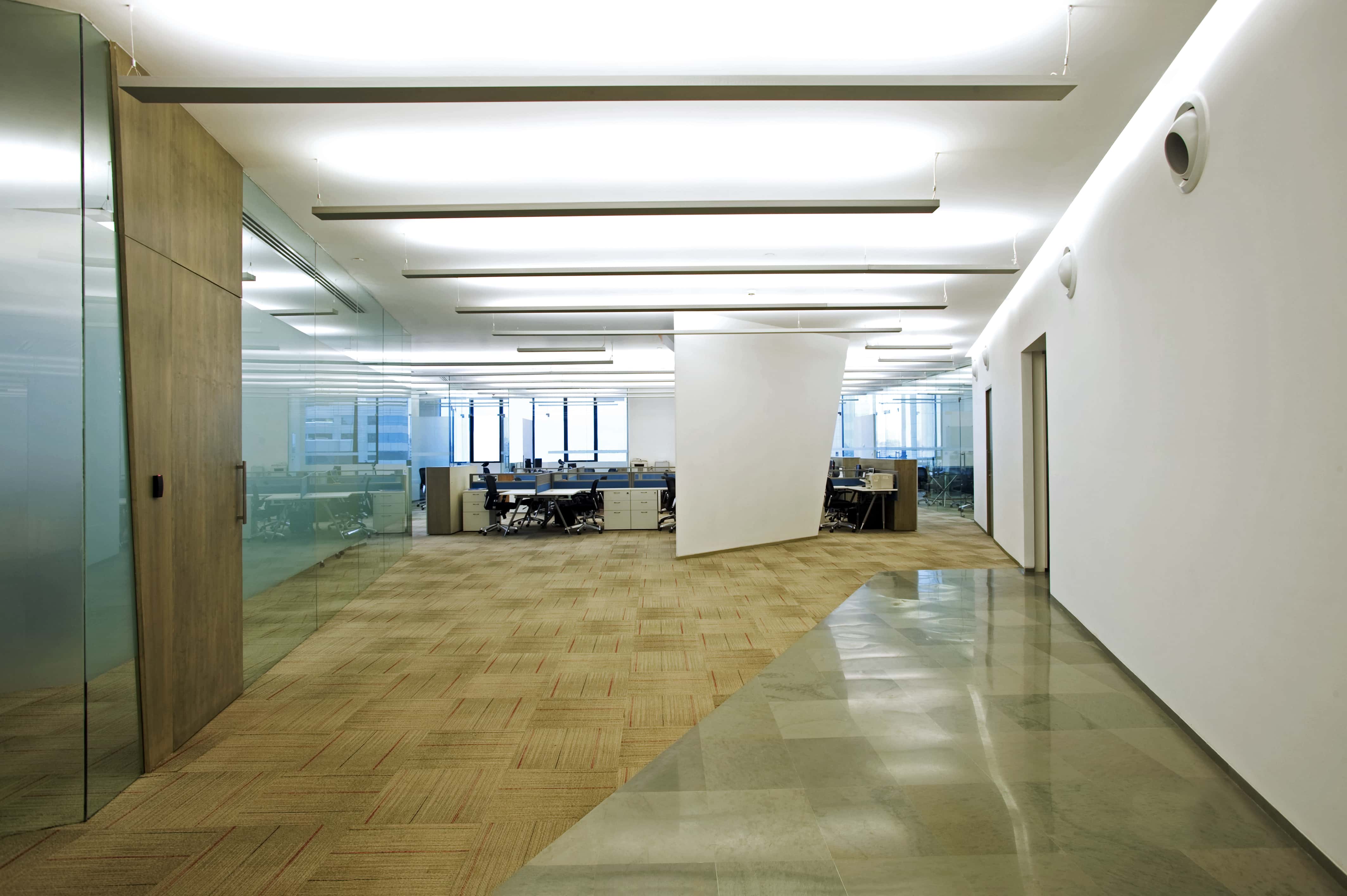 There is a distinctly architectural predilection to the IDFC Corporate Office’s interior concepts. Functional relationships are translated through spatial devices to develop a syntax of planes, masses and volumes. And when these are animated by carefully orchestrated light, the result is an integrated environment enriched by its essential components and devoid of extraneous ornamentation.

The design brief was to design a workspace that oozed contemporary thought and technology yet integrated the essence of the Indian subcontinent within it. This idea was combined with the proclivity to blur the lines between architecture and interiors, and as an understated approach to corporate design, to develop a clear approach to the project. The objective was to avoid overly literal translations of ‘Indianness’ and to focus more on metaphors and abstracts.

Since simplicity was the buzzword, the architect opted for straight lines that articulate the long, rectangular space, creating a sense of movement and spatial flow. He used two curvilinear forms, derived from the bindu, Aryabhatta’s zero, and the egg as a representation of Brahma to temper the otherwise linear geometries. The architect also opted for a range of natural materials to create a sense of ‘harmony through diversity’. The contemporary expression of local materials and the integration of indigenous art and sculpture, work to further the Indian flavor.

Light plays a starring role in the space as well. The architect integrated lines of light into the ceiling to aim at the space and give it an illusion of stretching to infinity. The floor. Walls and ceiling are also bound through the medium of light.

The eye-catching elements of this space are photomontages of images ranging from Fatehpur Sikri to Kanha, displayed in the lobbies to represent the idea of secularism. Apart from these, the designer’s depiction of the cosmic mandala diagram as a symbol of a higher level of consciousness expresses the innate philosophy of this country.

What emerges from examining the projects is the fact that although the office interior displays a deceptively simple, almost austere décor, its spatial and material articulation softly whispers of a centered and tranquil soul.