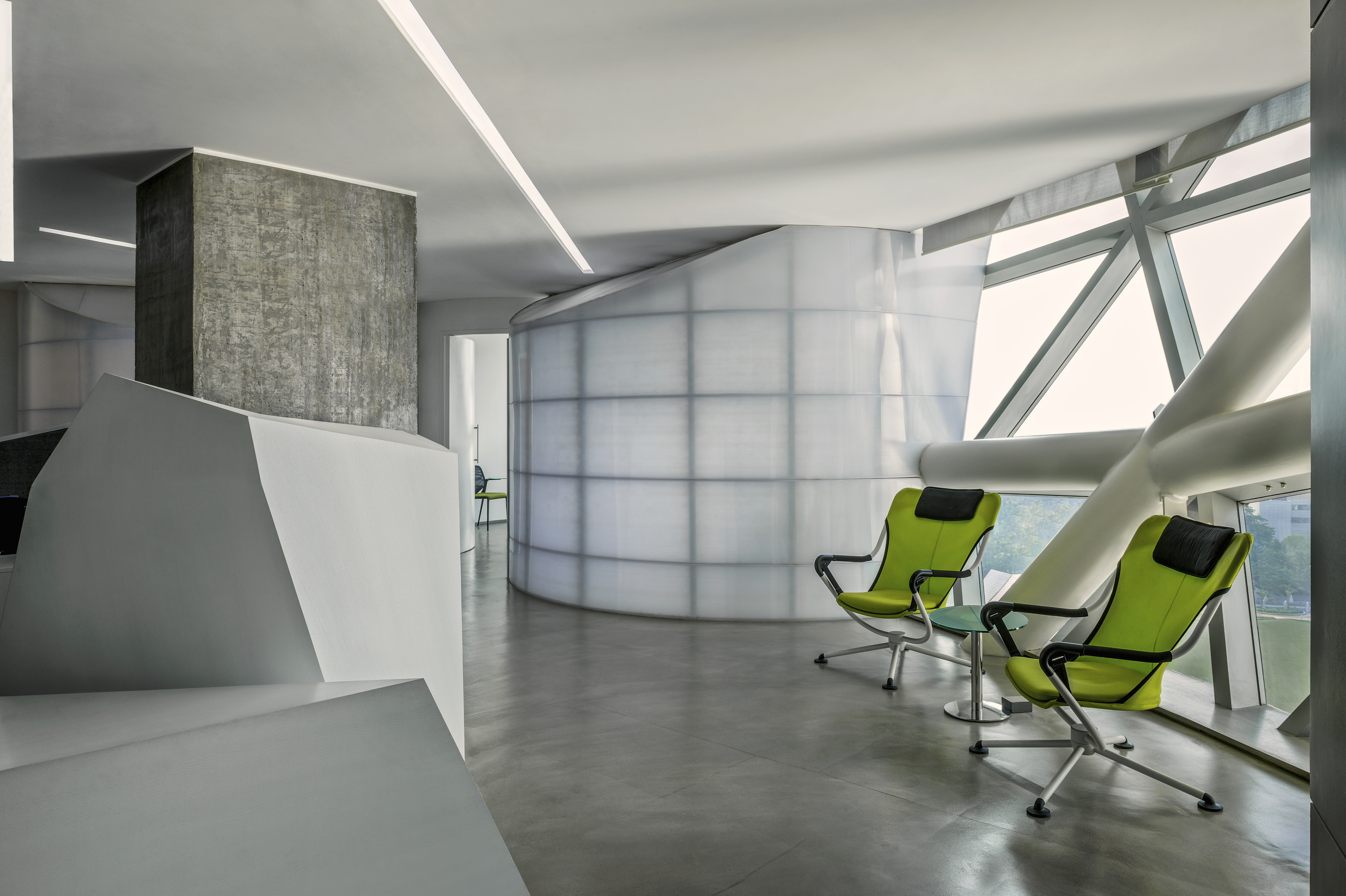 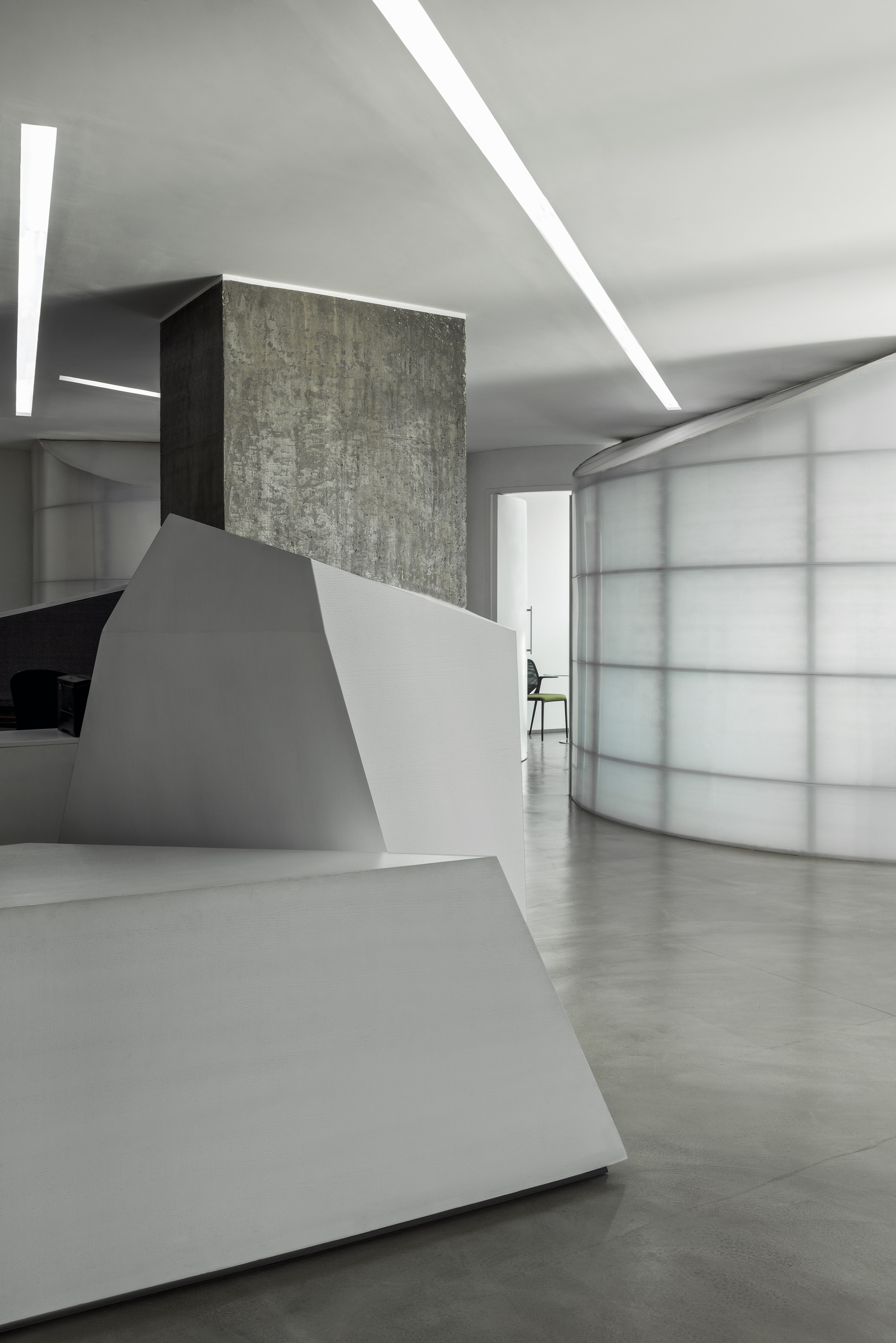 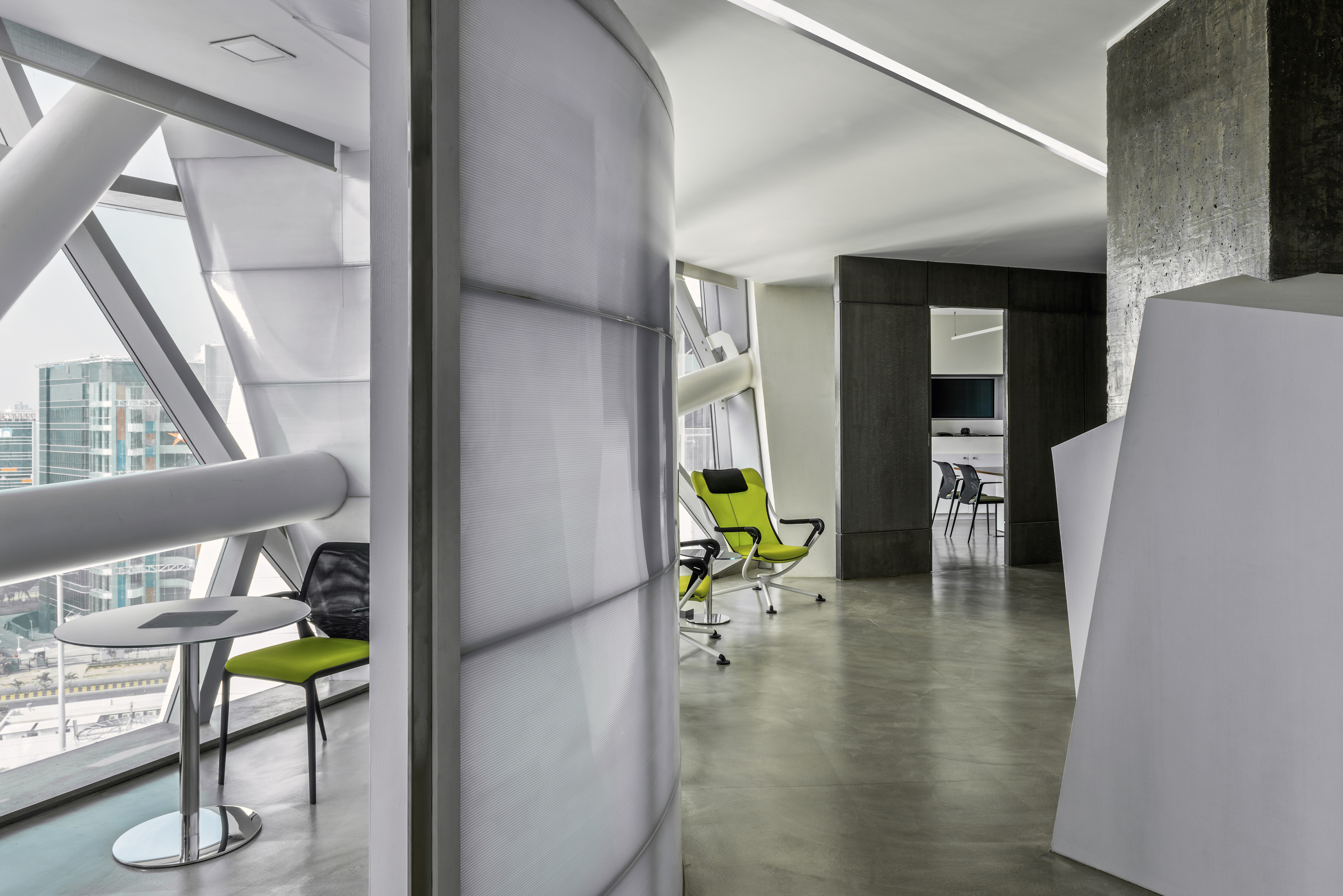 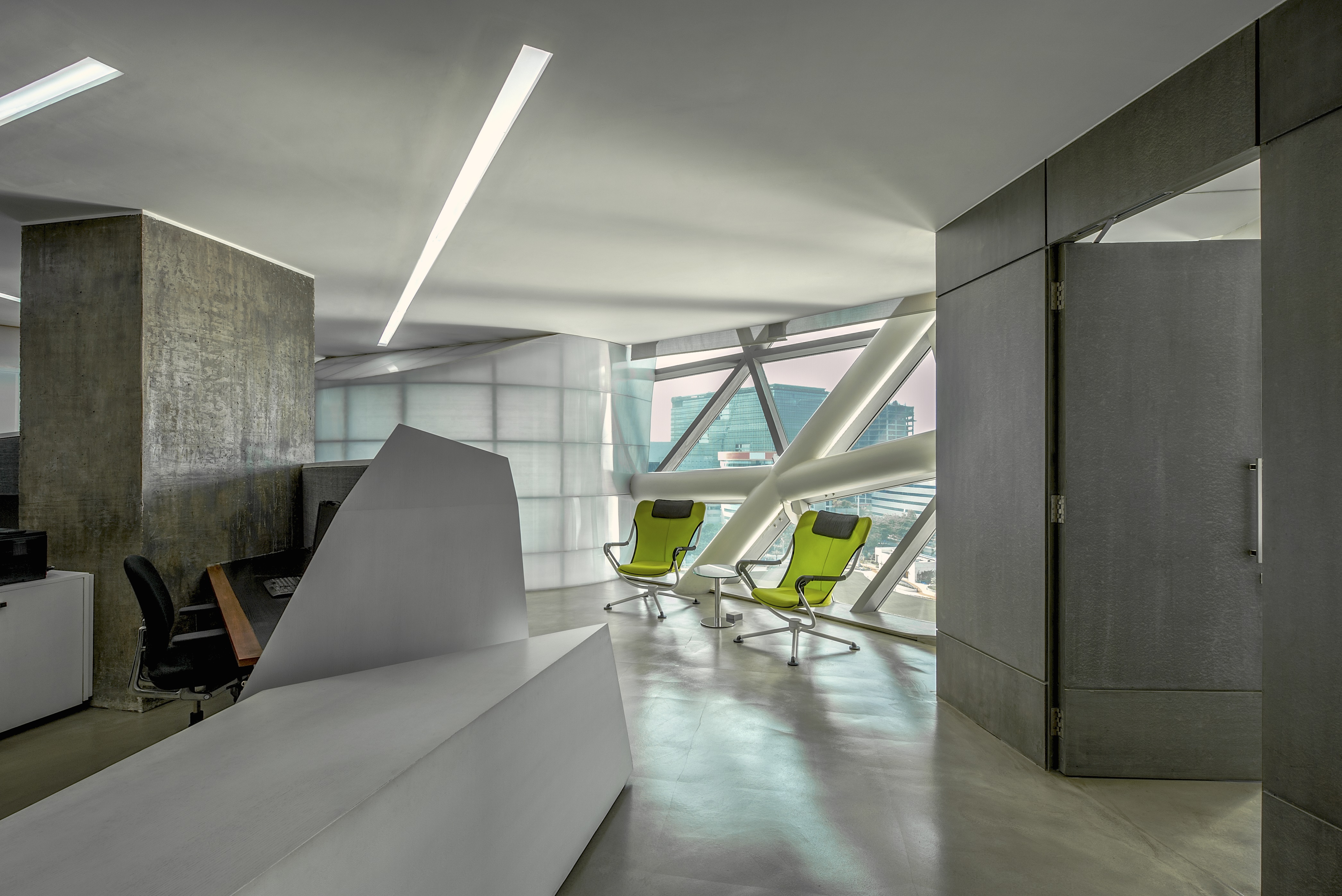 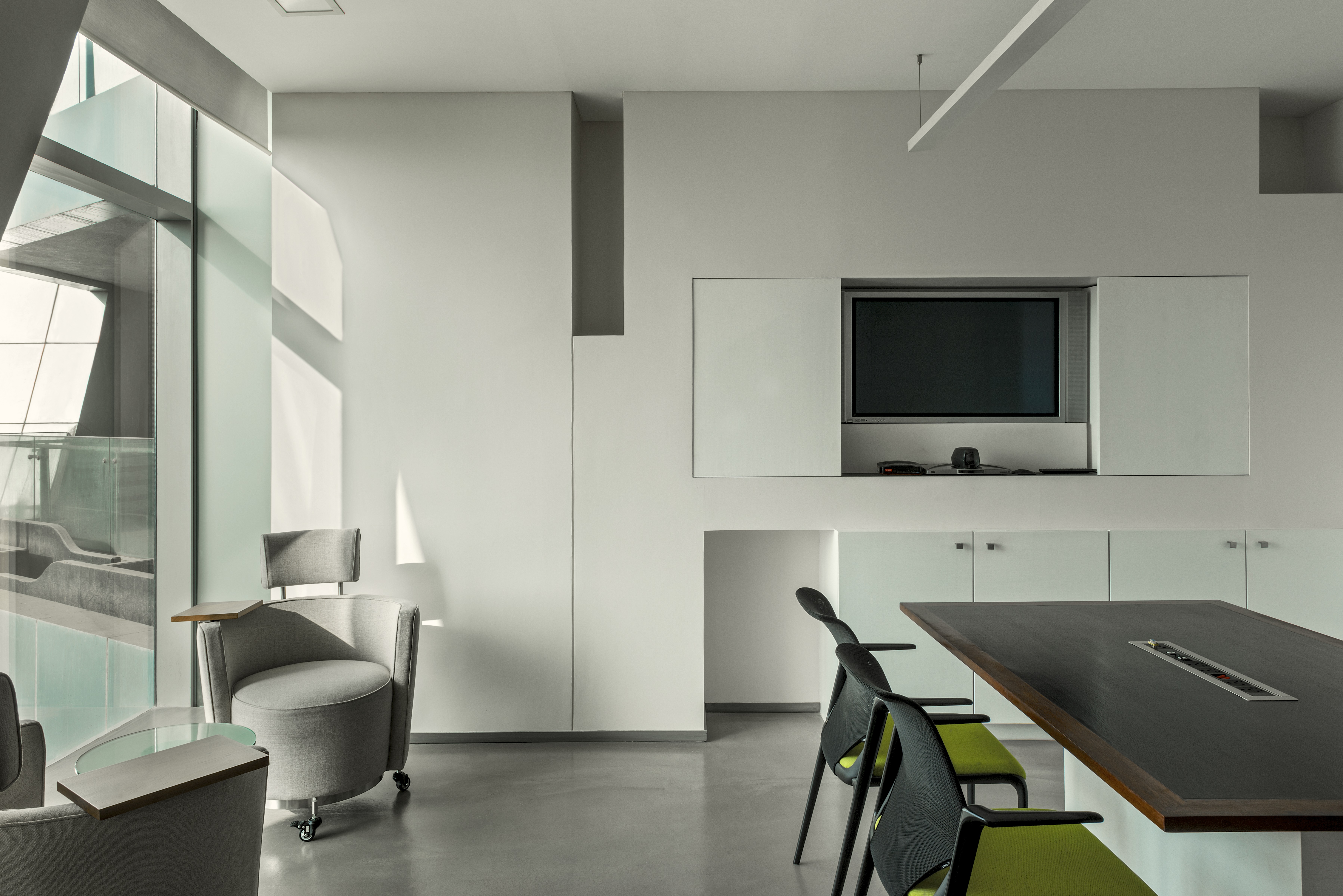 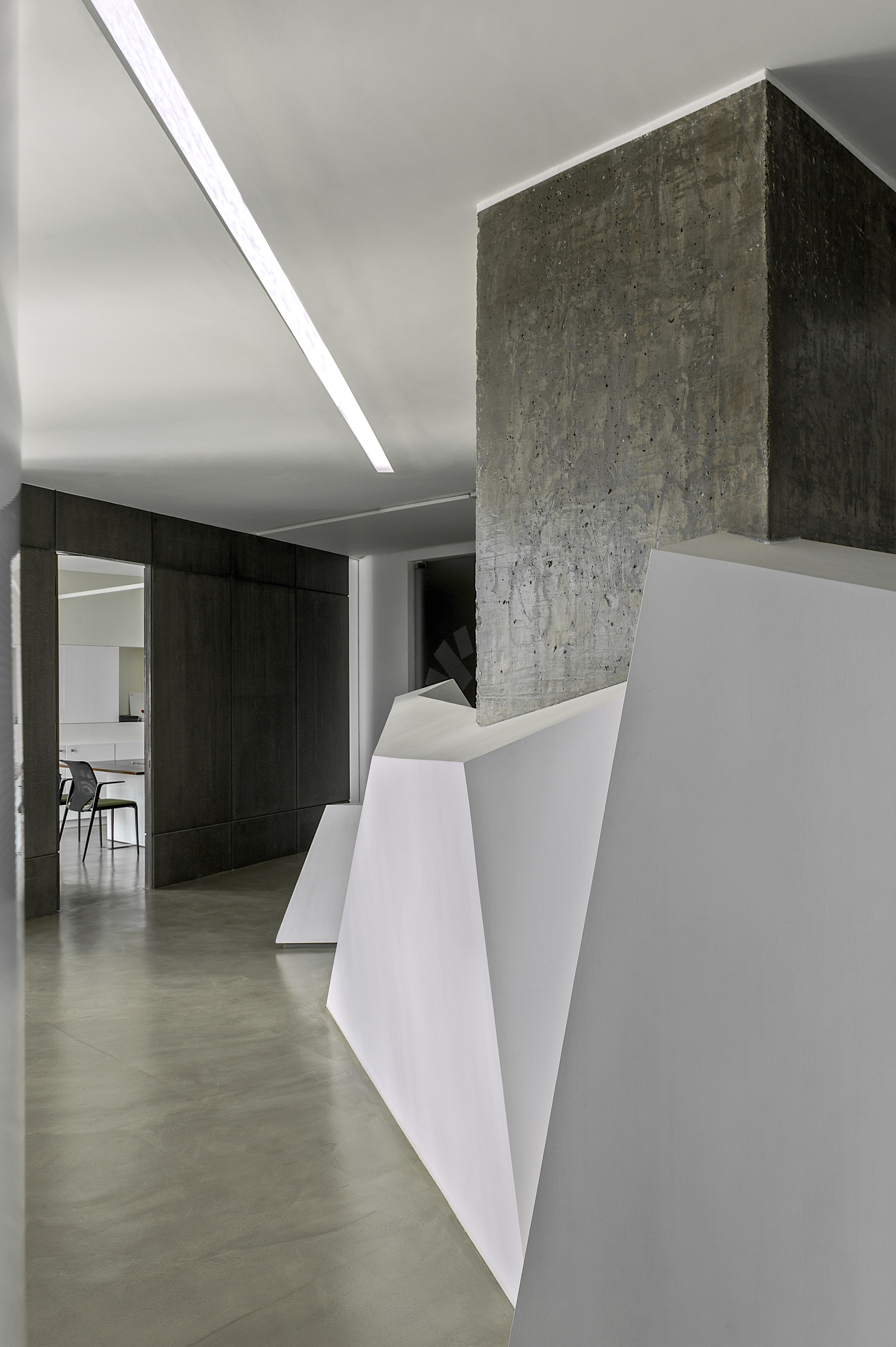 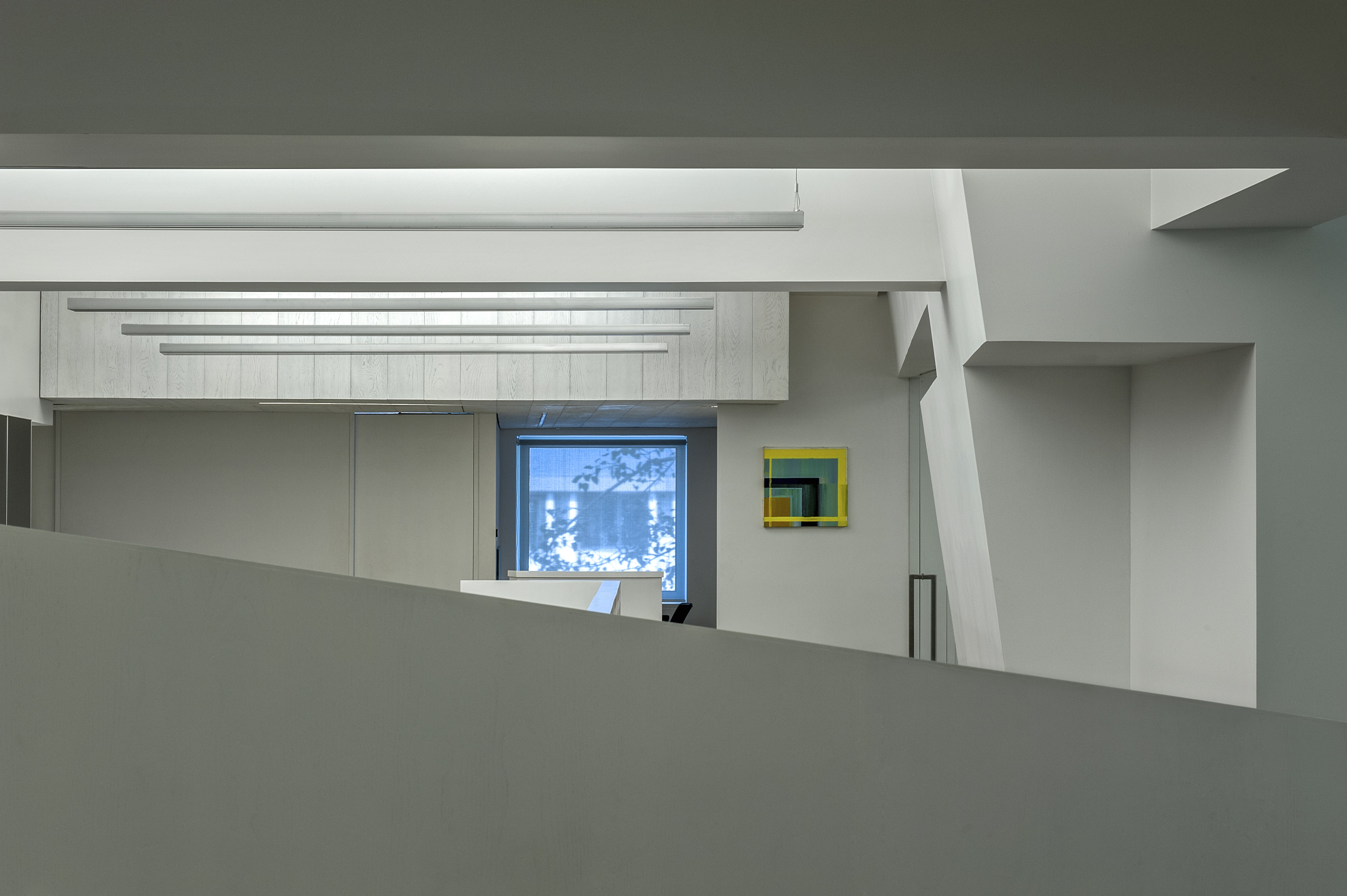 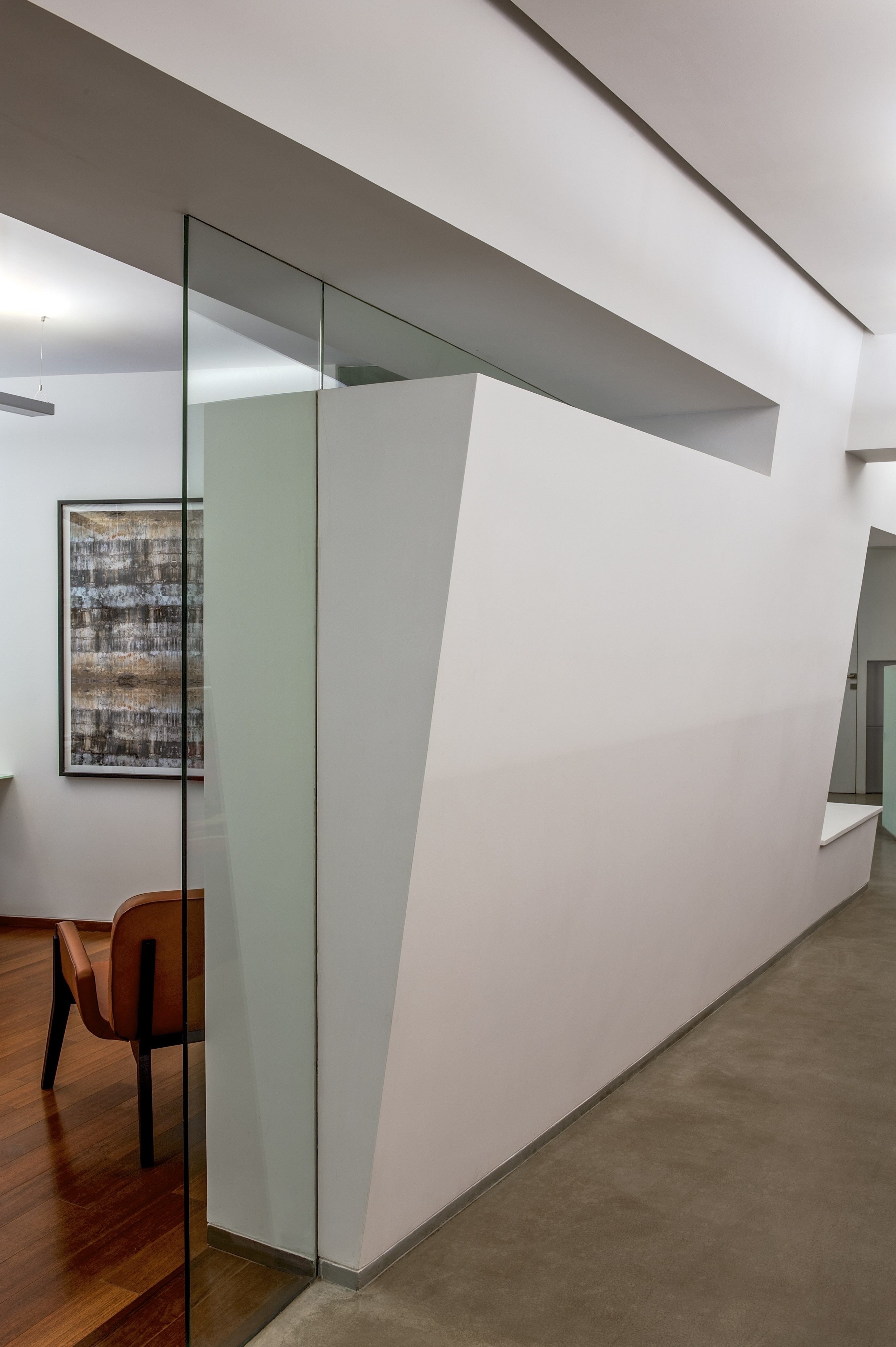 This is a small office design for a placement agency with a top heavy management structure. Between the program and the very particular nature of the shell within which we worked essentially provided the trigger for the design language and planning of the office.

The glazing system from where the light enters the office occurs only on one side of the building and is part of a glazed egg as seen from outside of the building. We wanted to maintain the maximum amount of transparency and light within the space, as such the translucent circular parts were pushed towards the end of the office spotting up against the glass so that the upper level management also received a good amount of light and view outside.

In order to make sure that the light penetrated right into the depth of the office we made sure that the rest of the staff were developed organically behind free floating sculpted screens that define the flow of the street between the work space and the curved glazing.

It essentially became an abstracted exercise of both a plan and volumetric extrusion that finally led to development of both the angled and circular form within the space; treated not so much as notional recliner divisions of space but more as a composition of volumes and surfaces that animates the space and is able to within a small and confined structure create a sense of movement experience through the space.