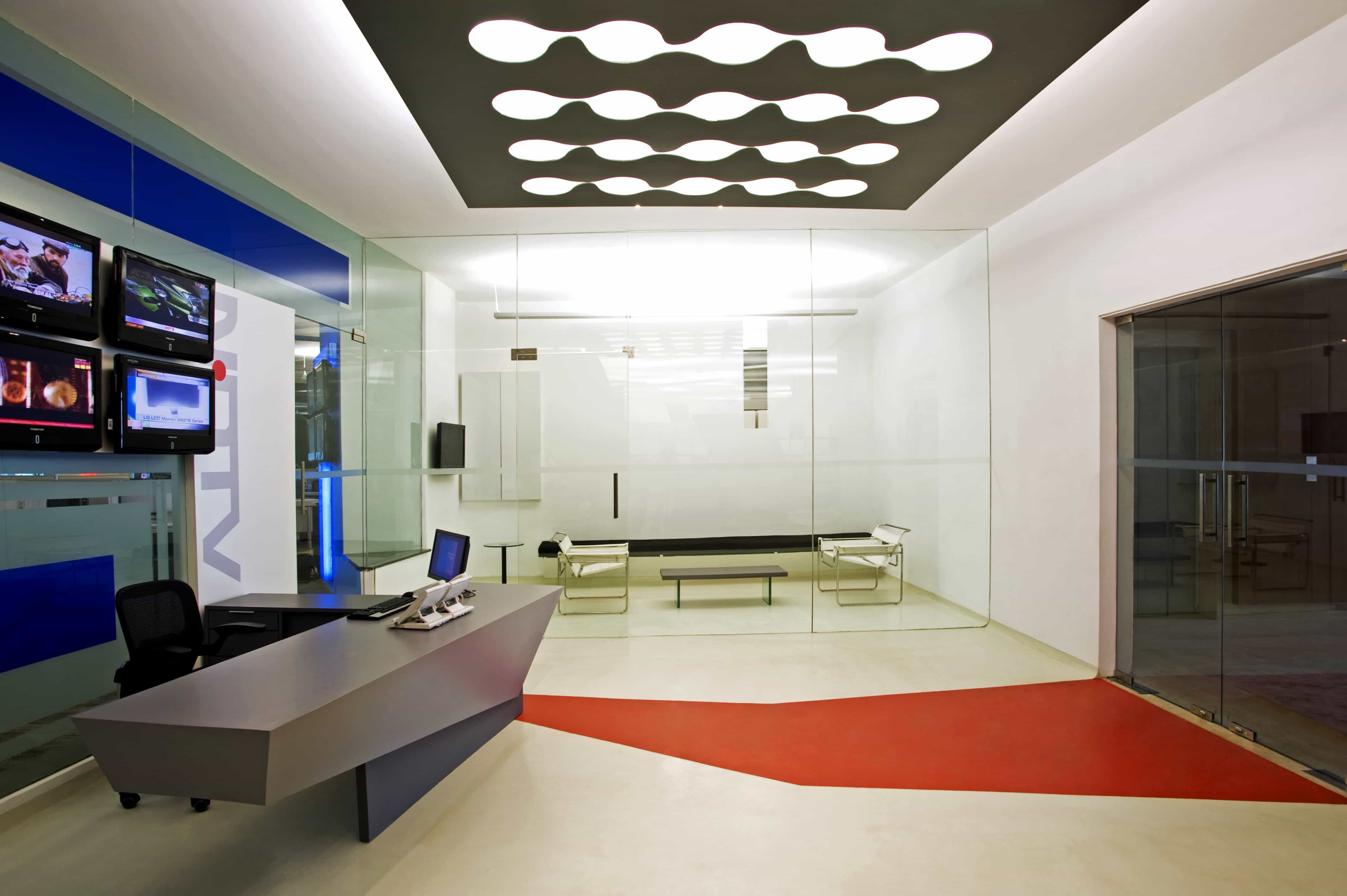 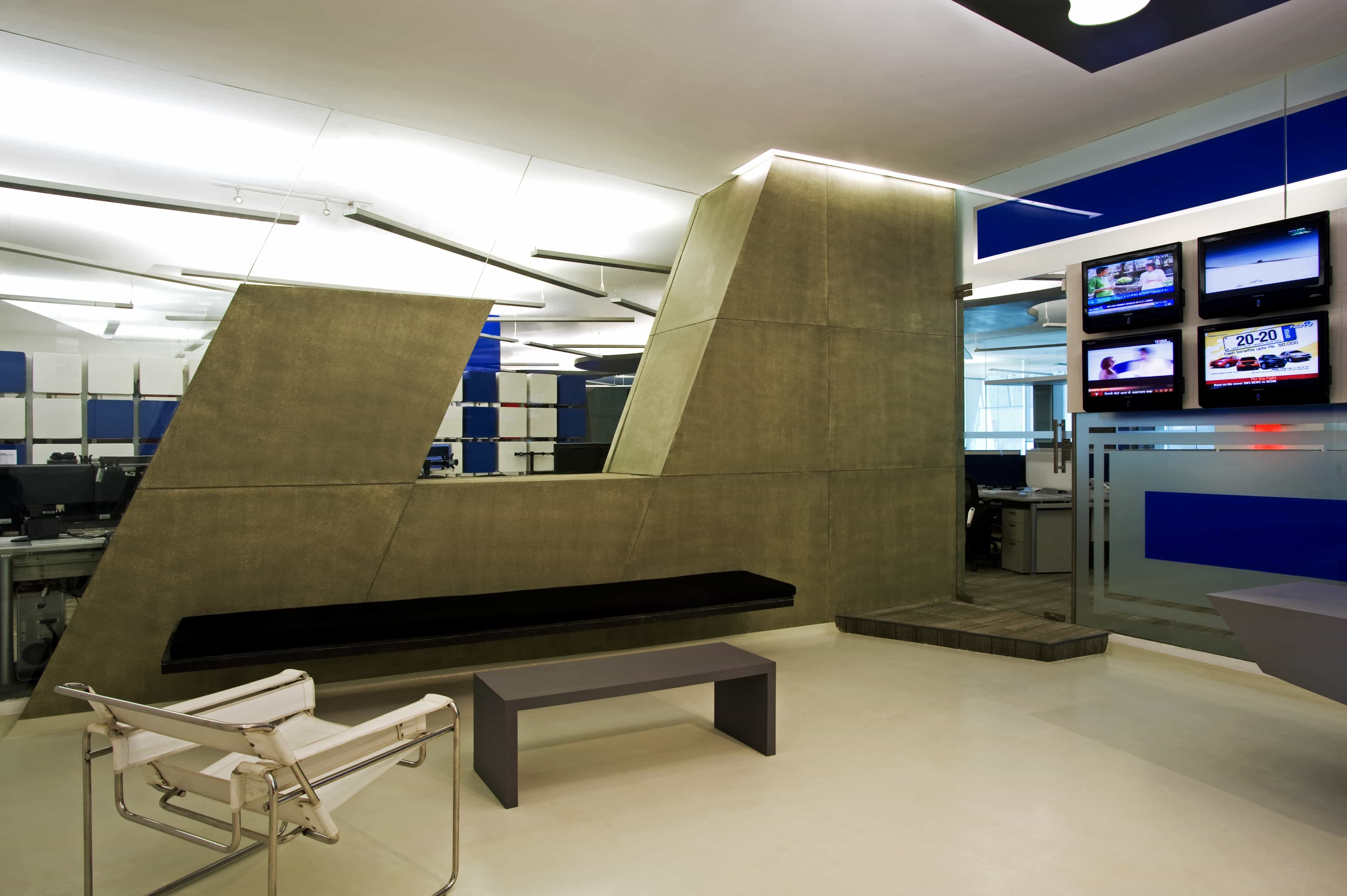 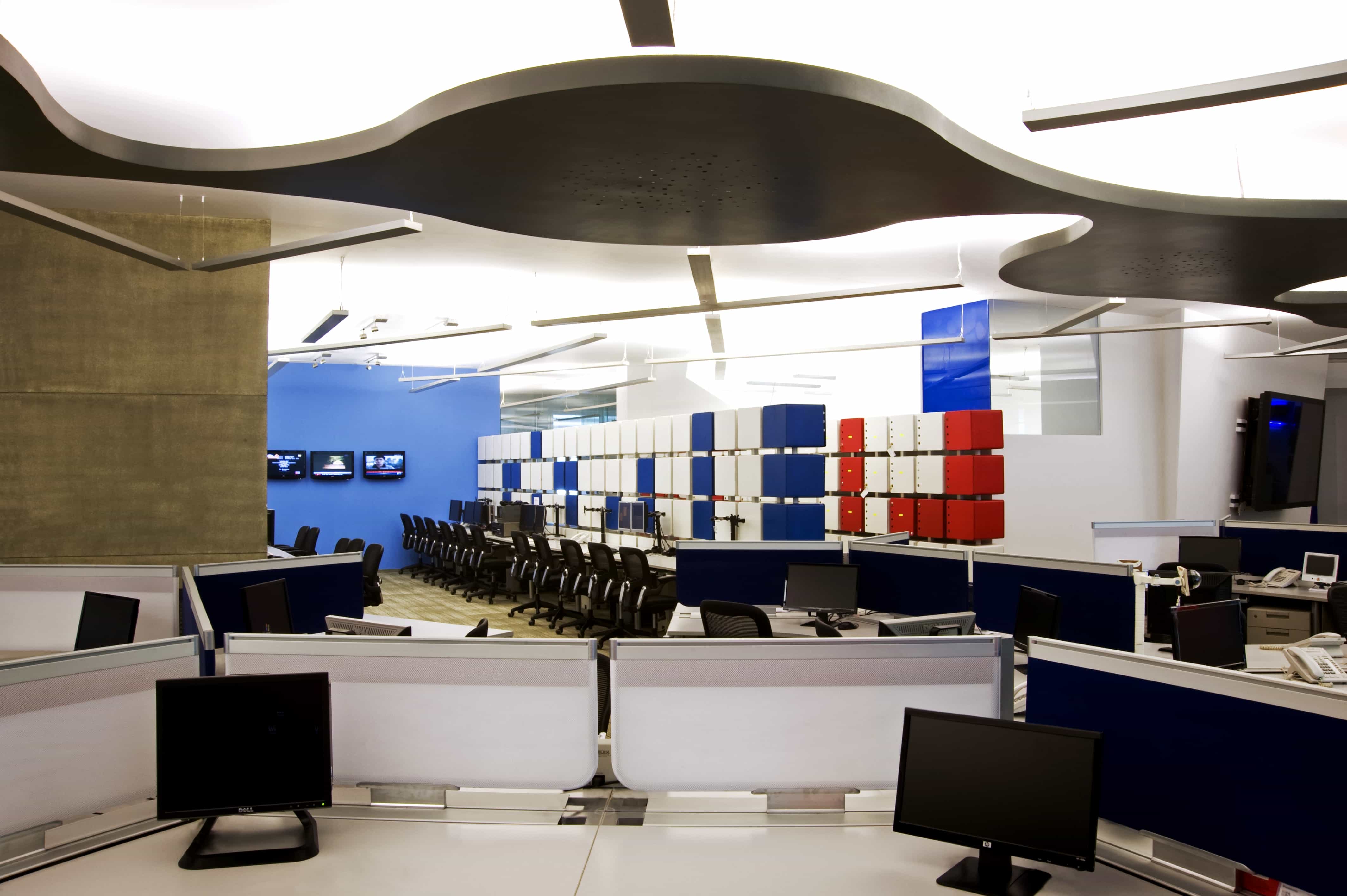 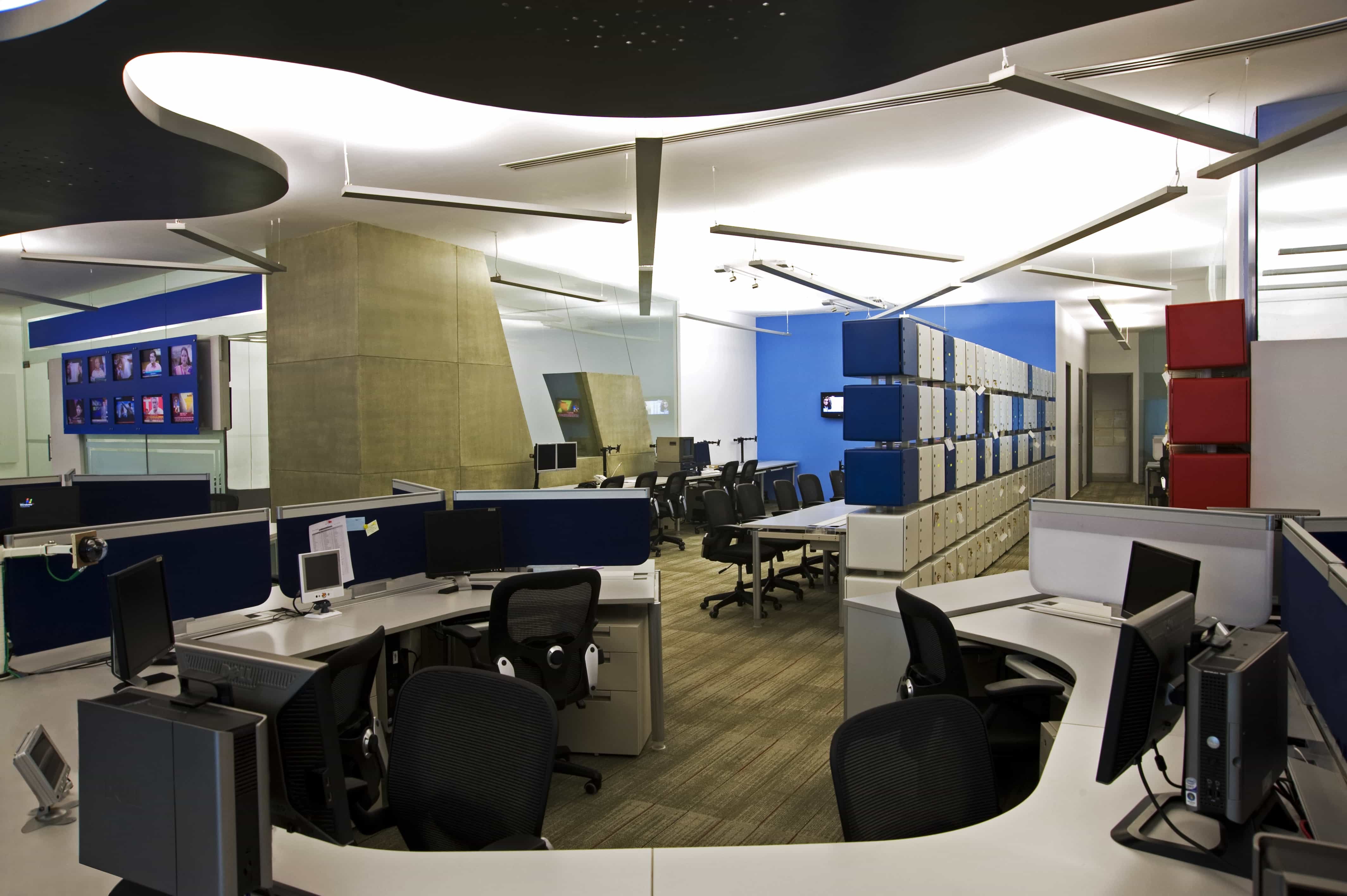 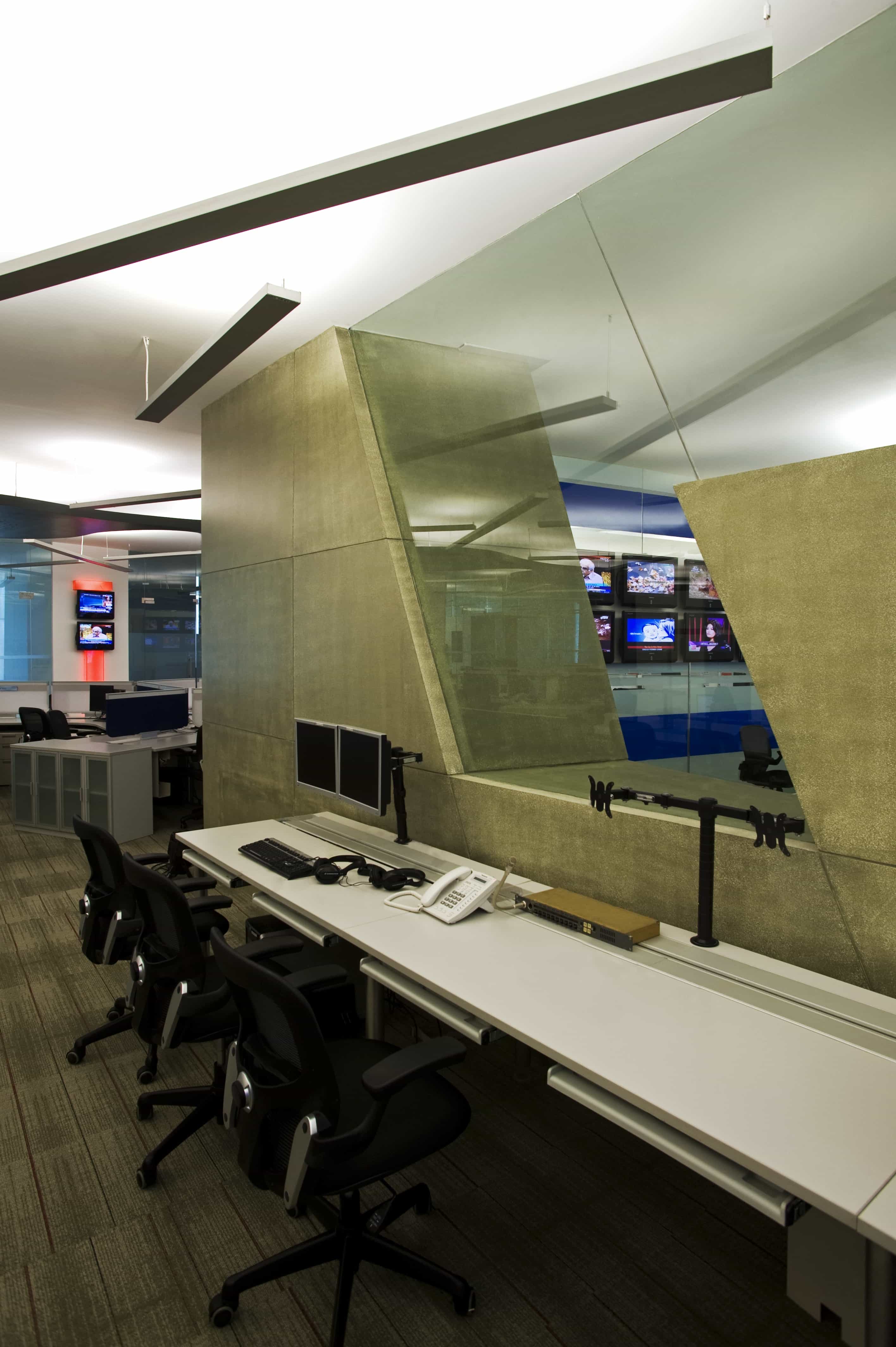 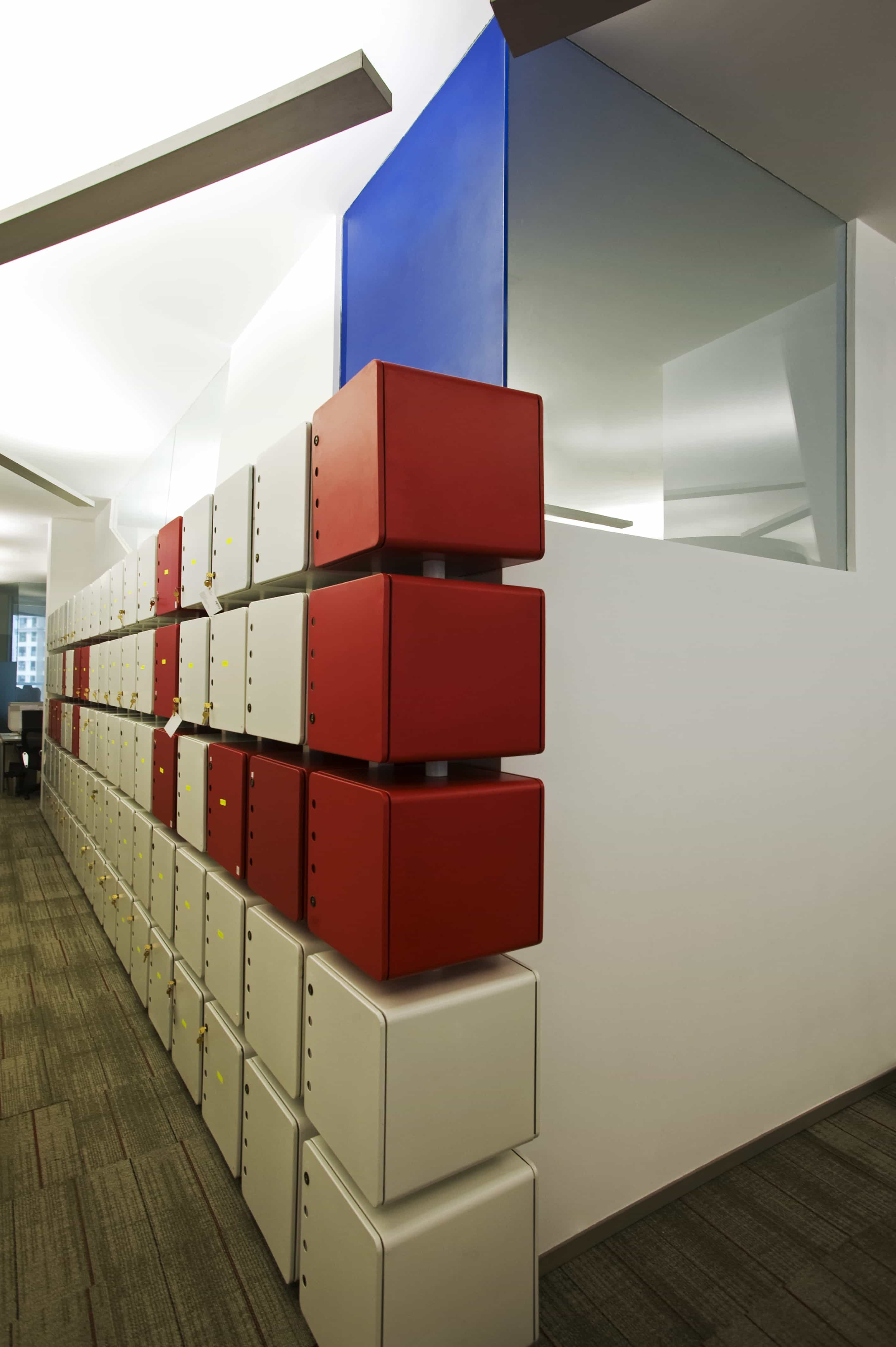 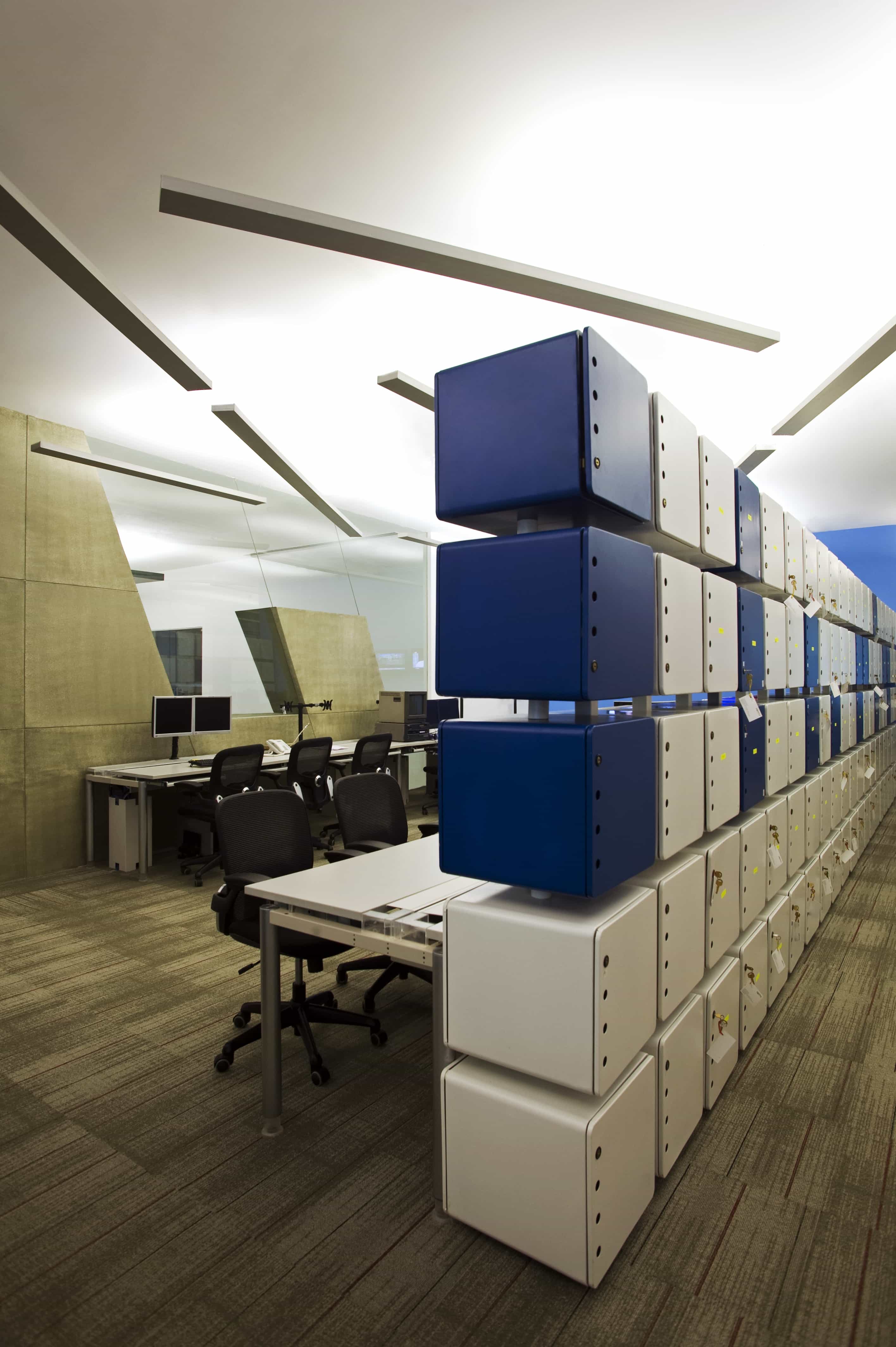 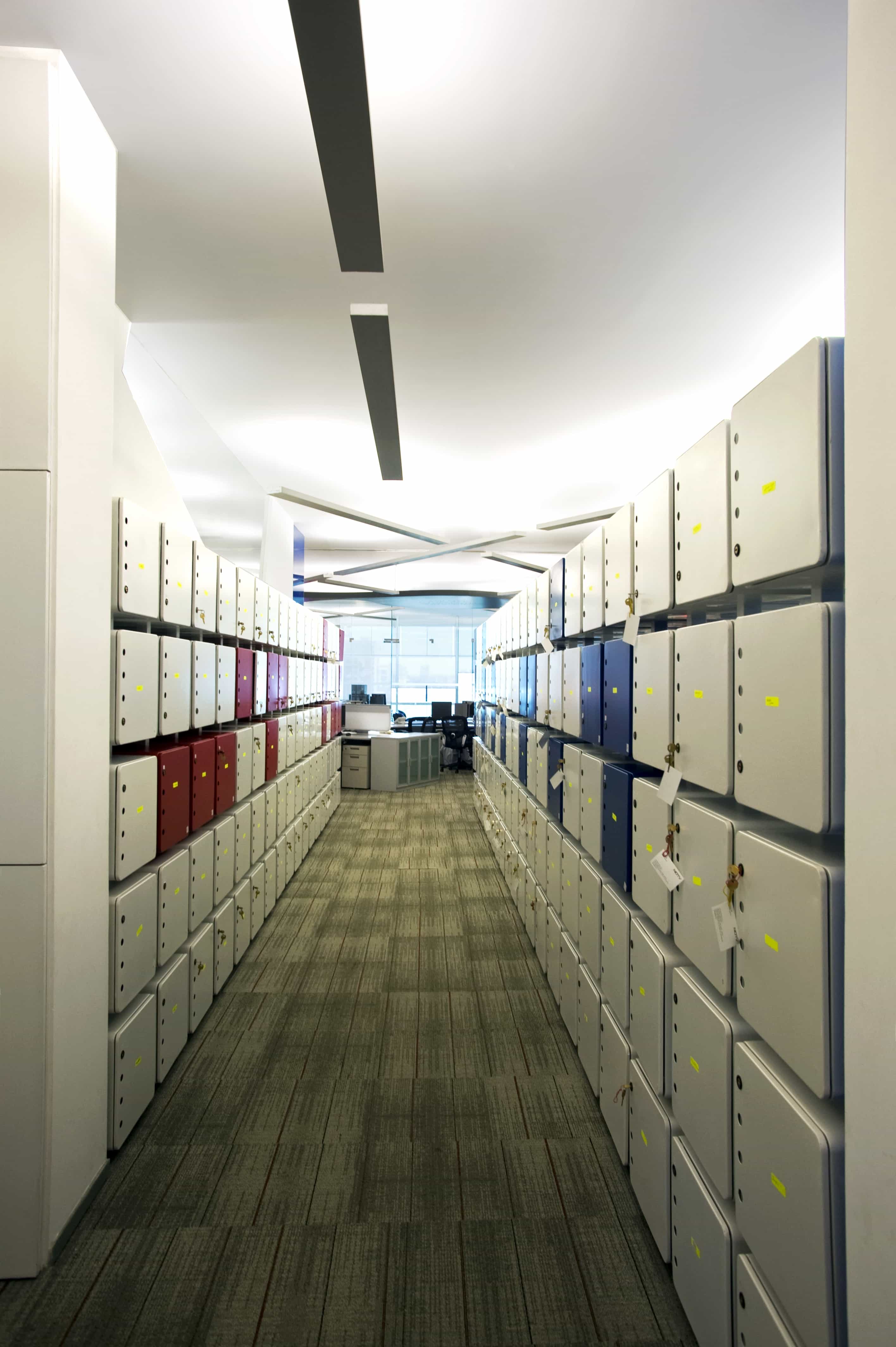 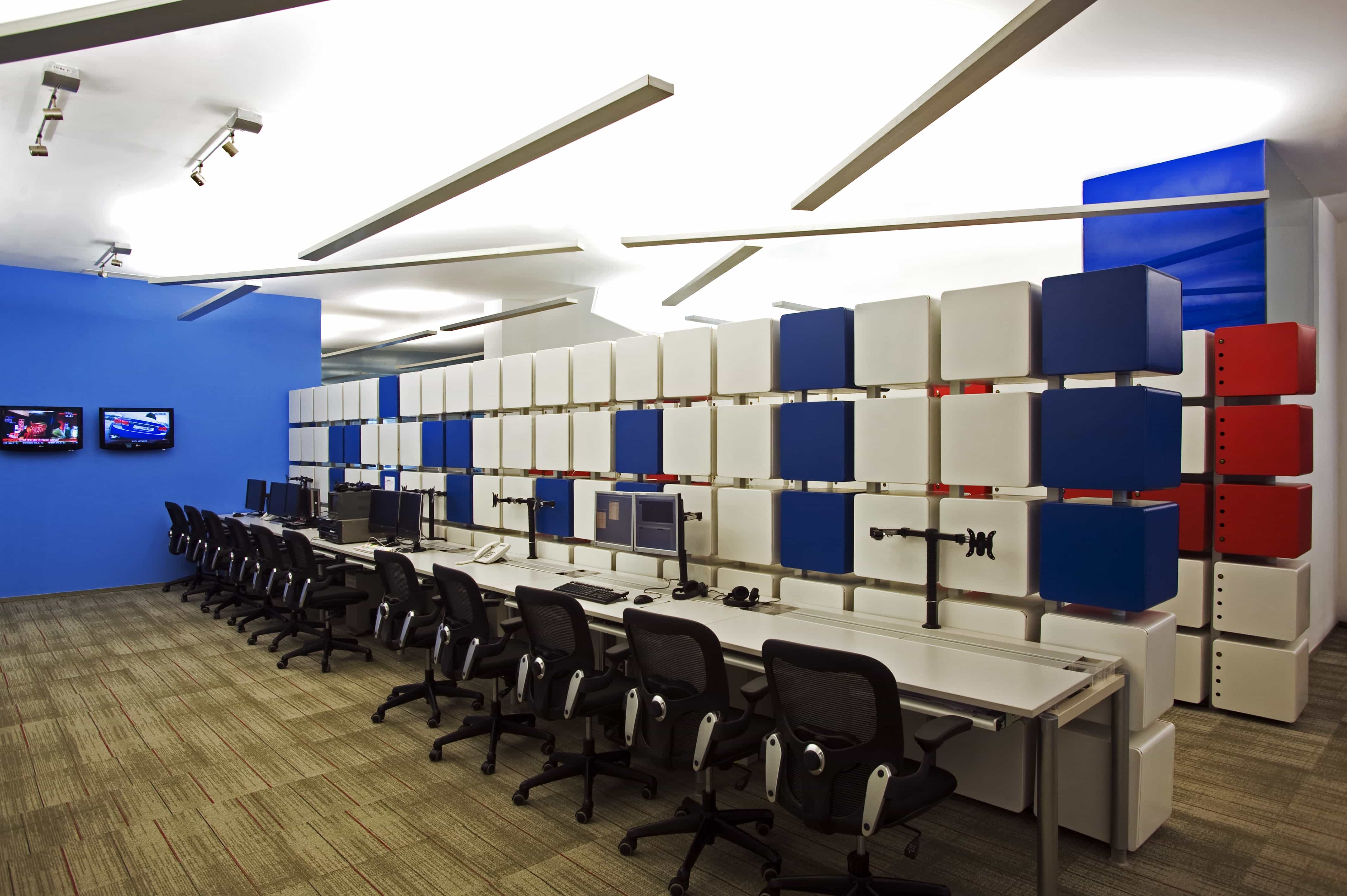 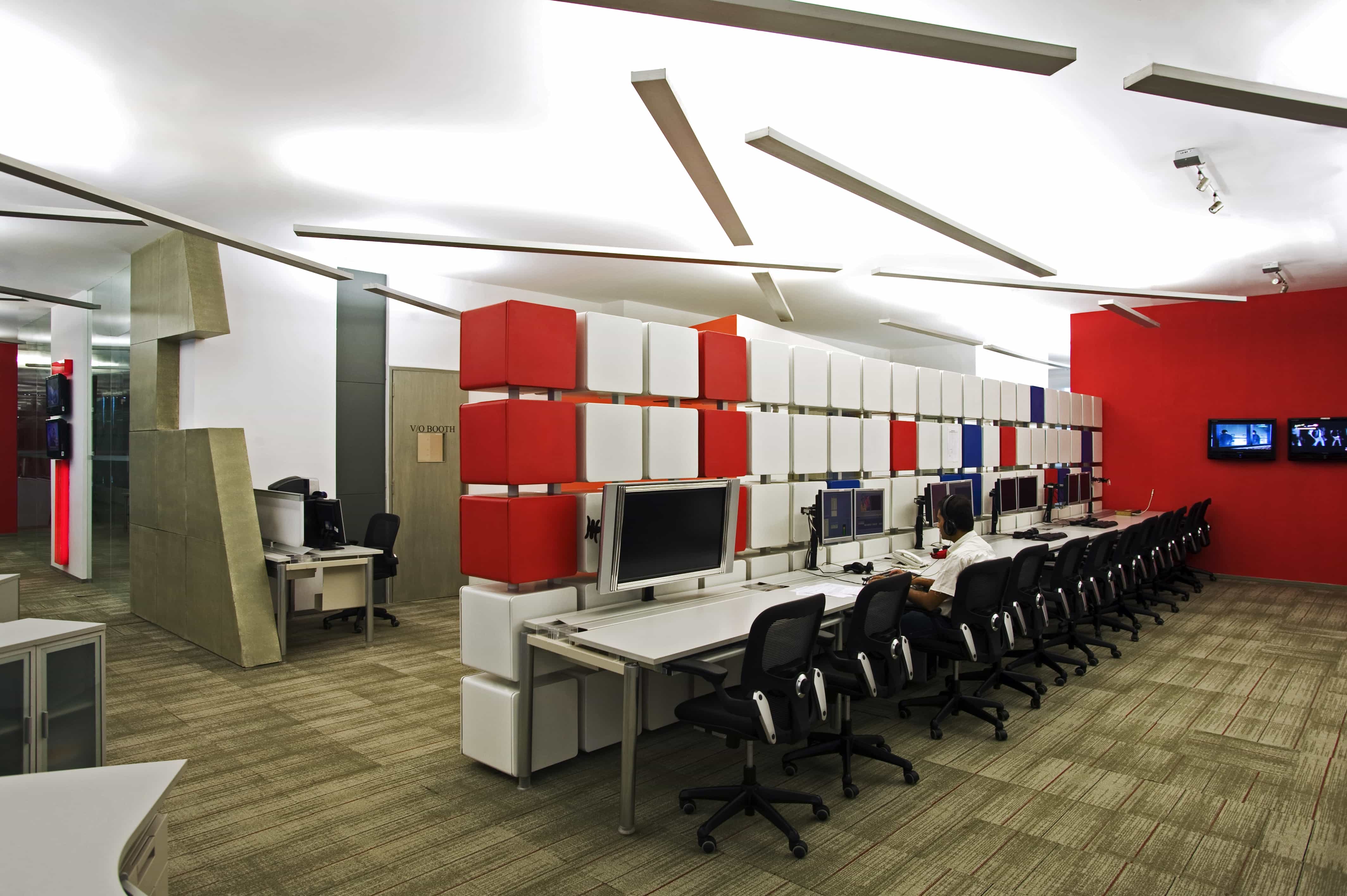 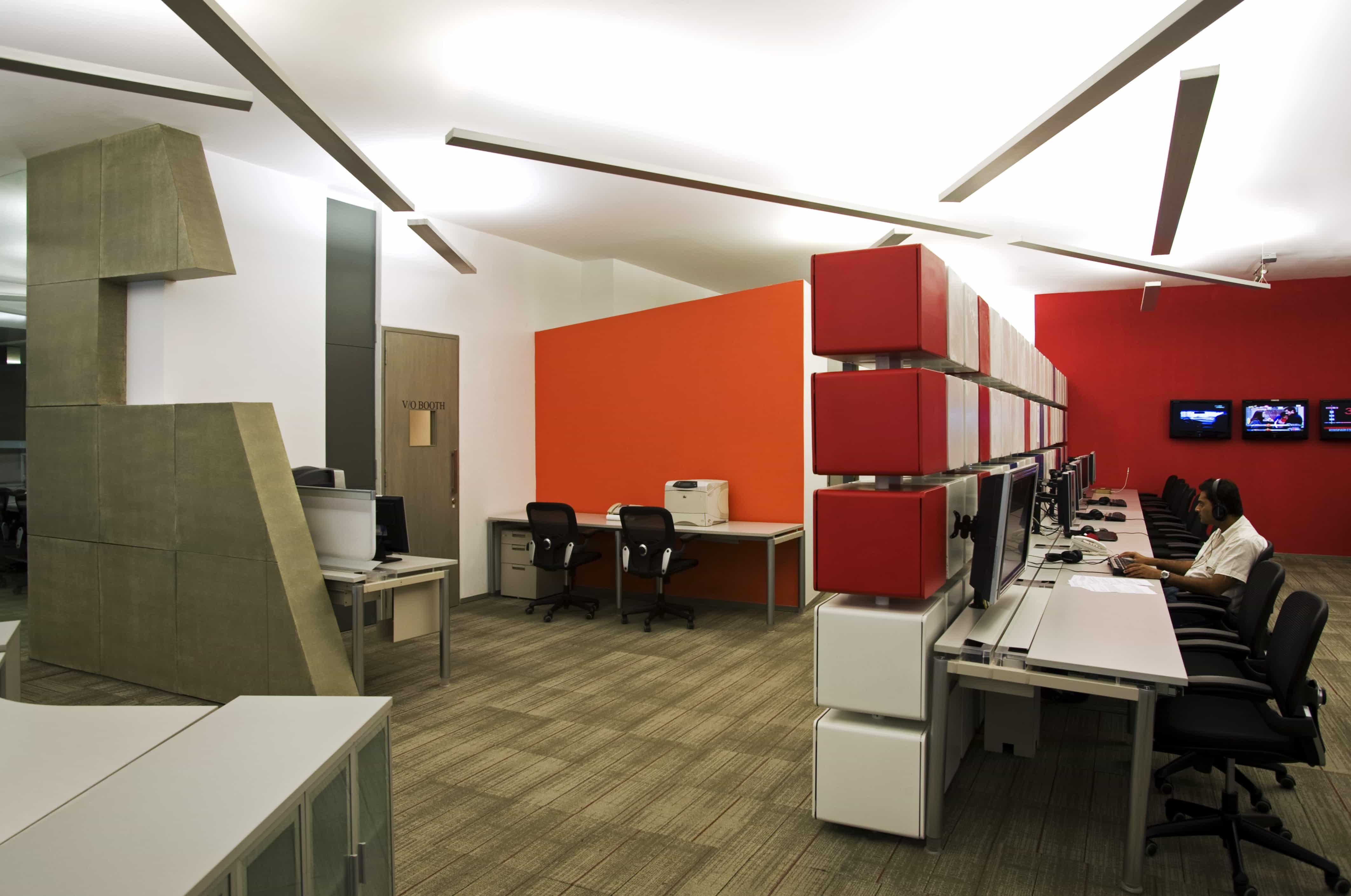 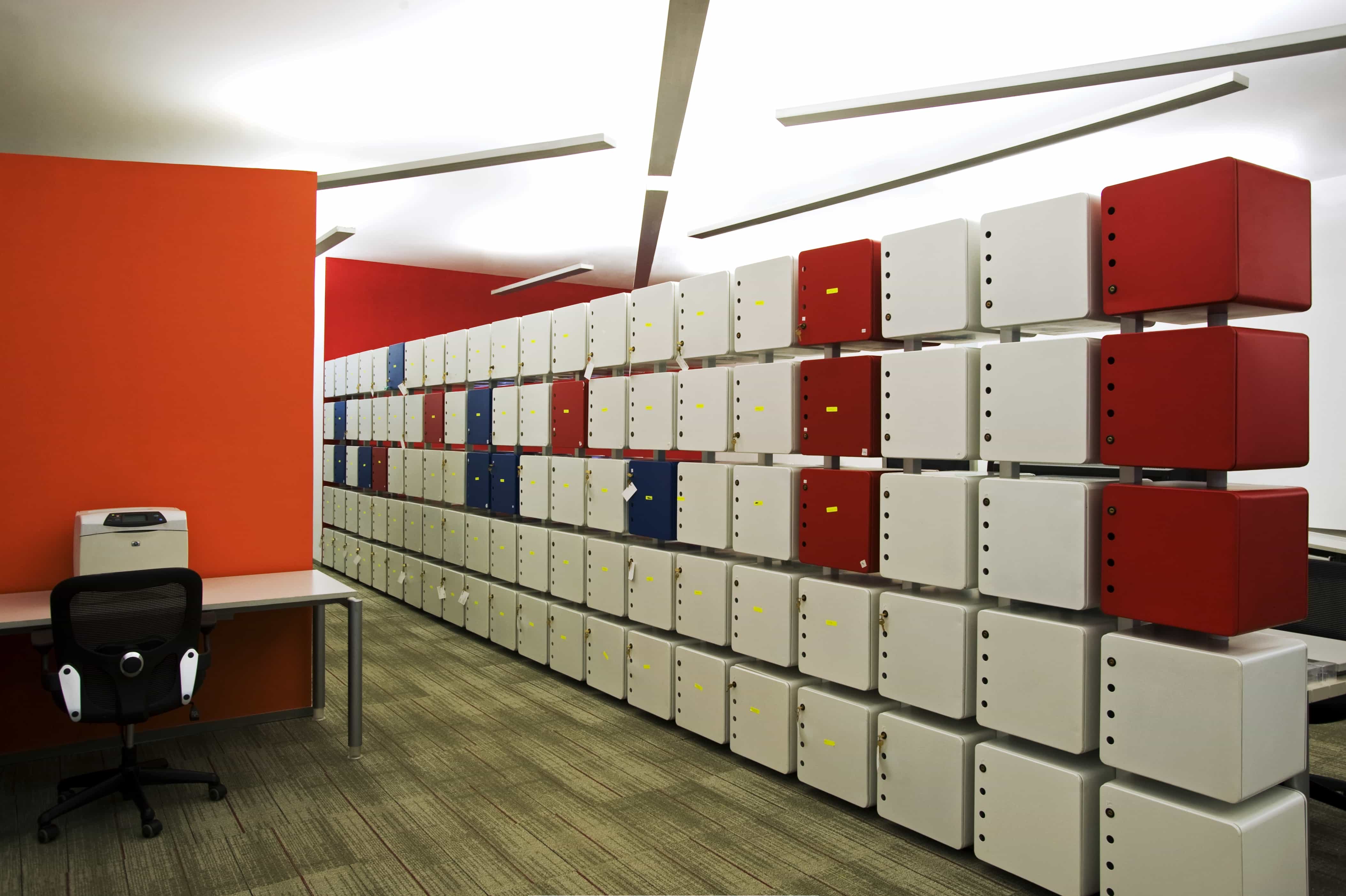 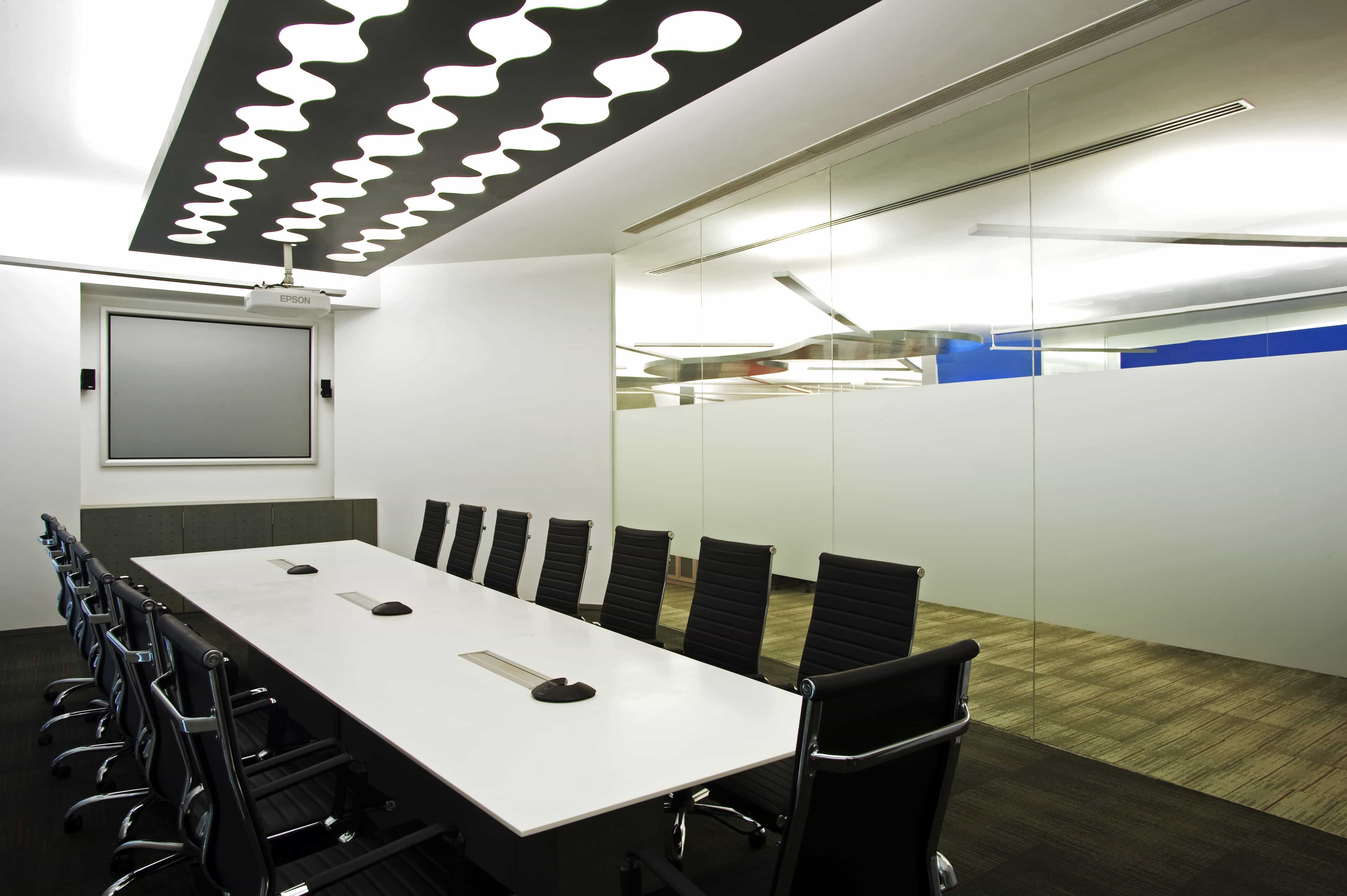 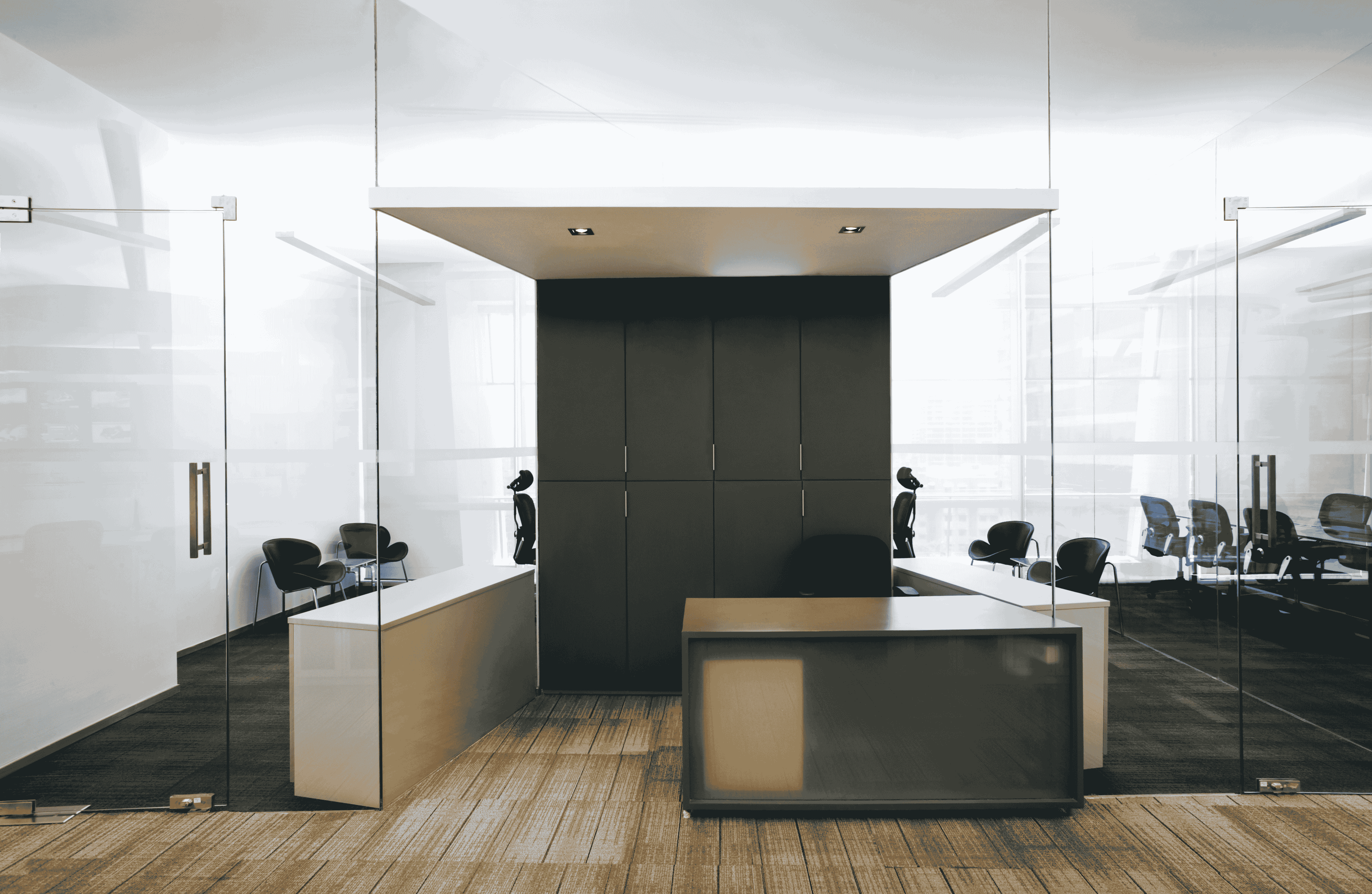 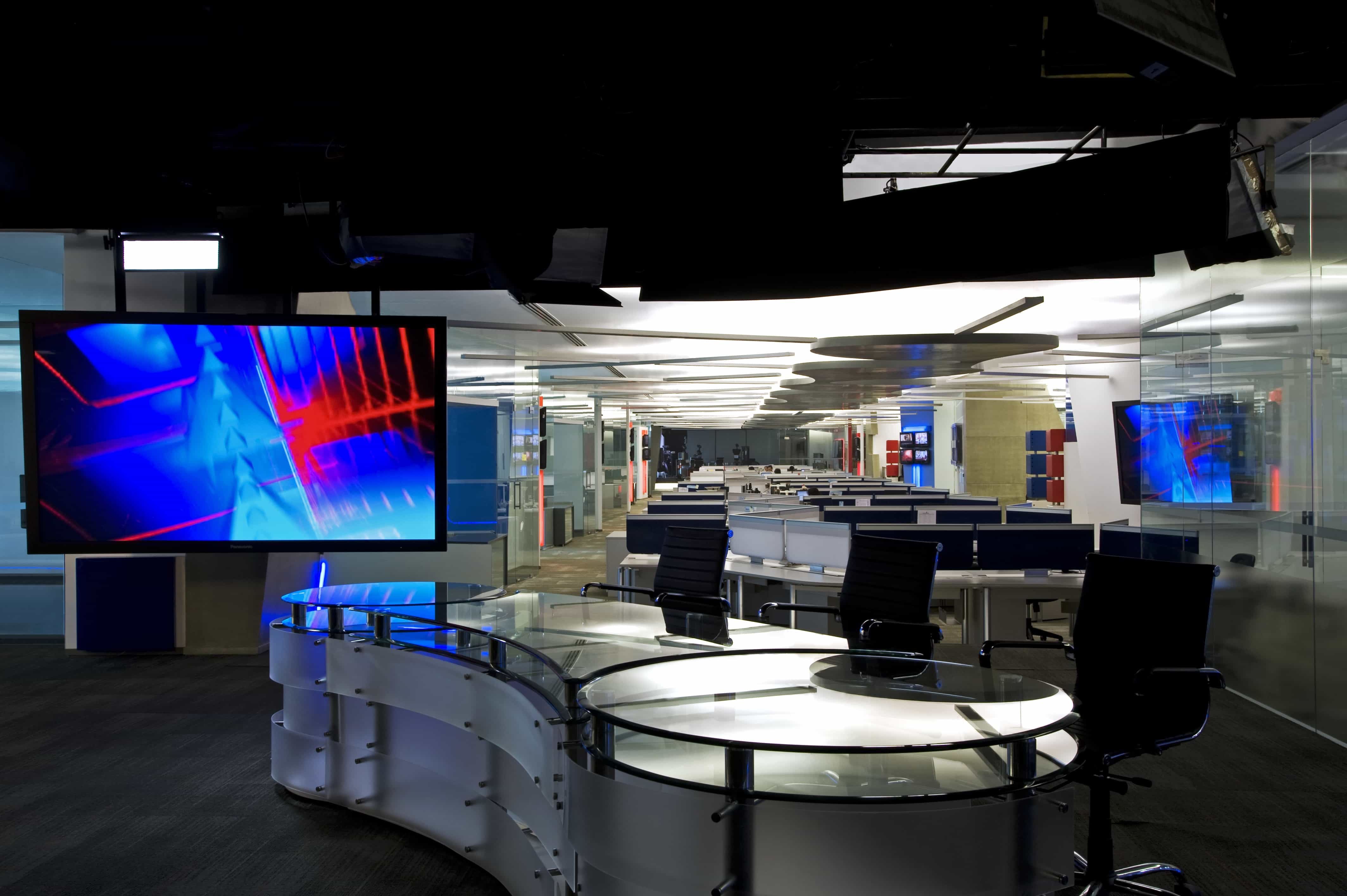 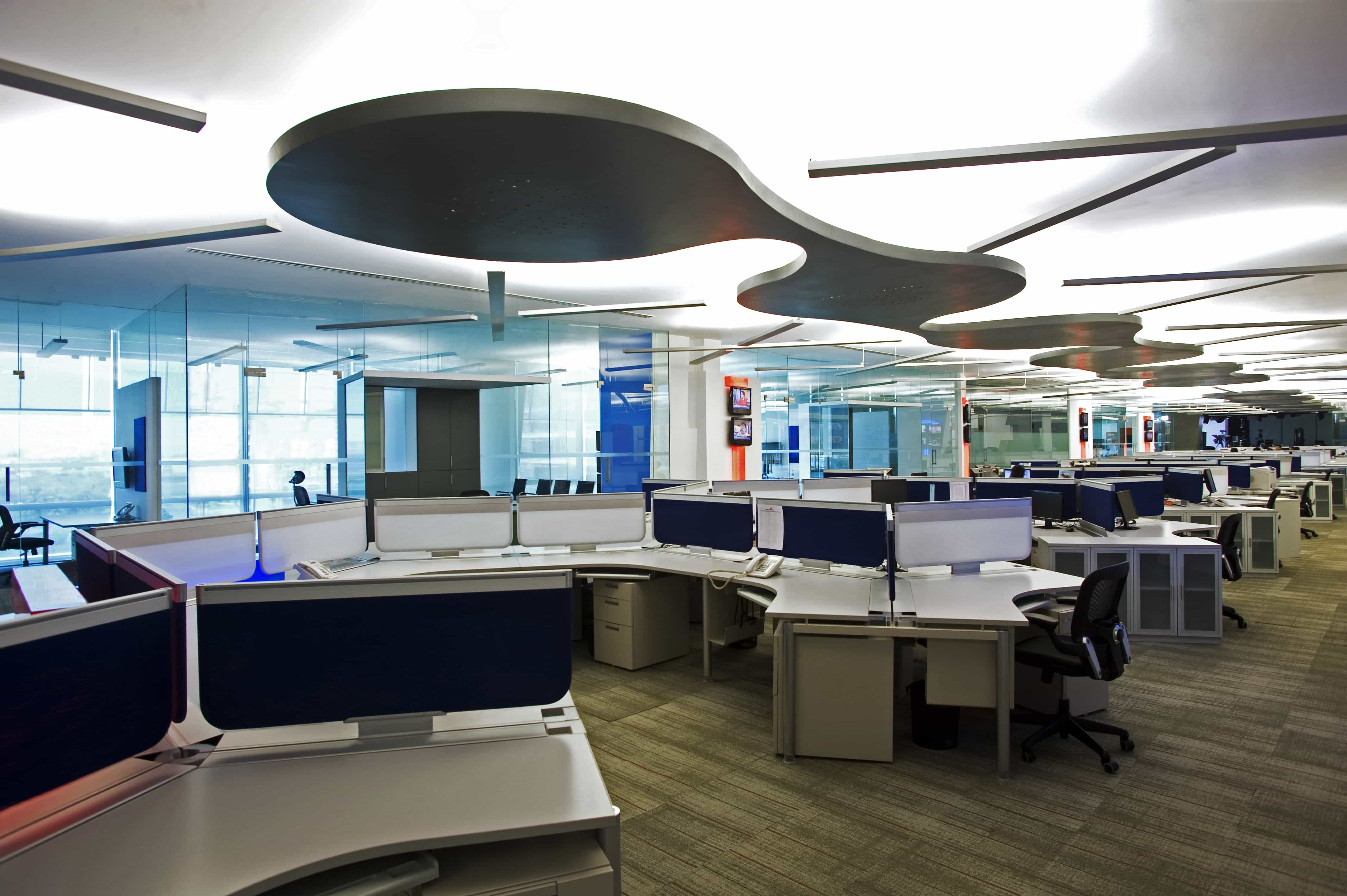 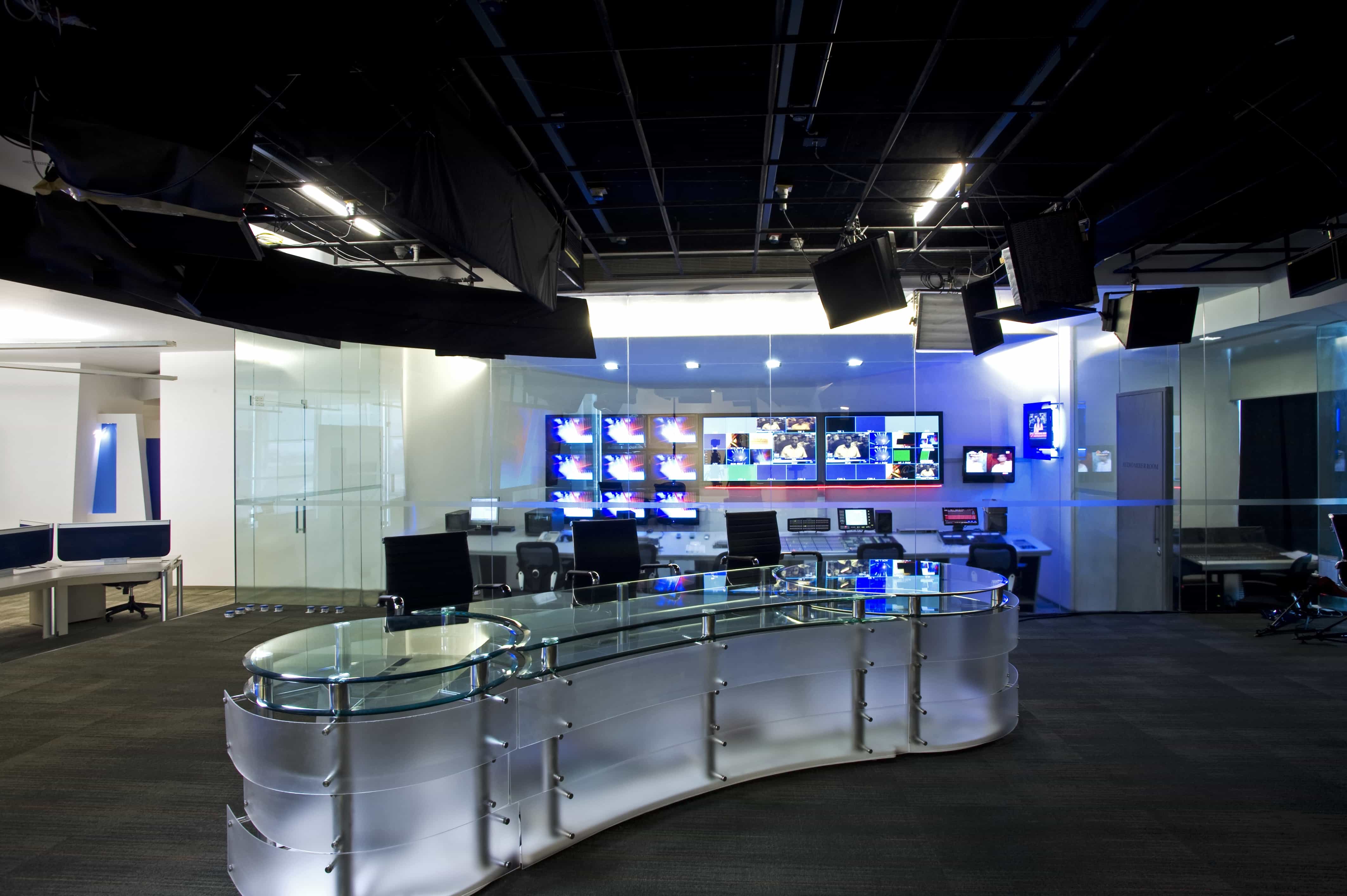 There is a distinctly architectural predilection to our interior concepts, where functional relationships are translated through spatial devices to develop a syntax of planes, masses and volumes which, when animated by carefully orchestrated light creates an integrated environment enriched by its essential components and devoid of extraneous ornamentation.

When NDTV decided to create their studio and office on the 7th floor of IndiaBulls one at Lower Parel, their aim was to establish an open and interactive work environment and to translate the vibrant and chaotic energy associated with the media and news world on screen. The bulk of the floor is a large rectangular plate with the longer end bound by a glazed north facade.

The open office was designed as a series of hexagonal clusters to maximize staff interactivity, while cabins, meeting rooms and a conference room were arranged on the north. The cabin walls were designed as sculpted planes to mediate and exaggerate the depth of the office from the studios at either end.

Lighting in the open office is an extension of the hexagonal workstation cluster. An amorphous mass of suspended interconnected discs above the workstations provides indirect illumination precisely on the work surfaces. The rest of the office is lit by suspended aluminum channels that geometrically radiate from these discs and extend forward based on functional requirements. The resulting floor to ceiling relationship echoes the same degree of ‘ordered chaos’ as the active media work environment.

The office has been designed to accommodate staff strength of 300 in two shifts. We needed to provide this number of lockers for the staff, and rather than relegate these to the back of the house, we designed the lockers as a porous, cellular network of fileted steel cubes, some of which were finished in the red and blue colors of NDTV.