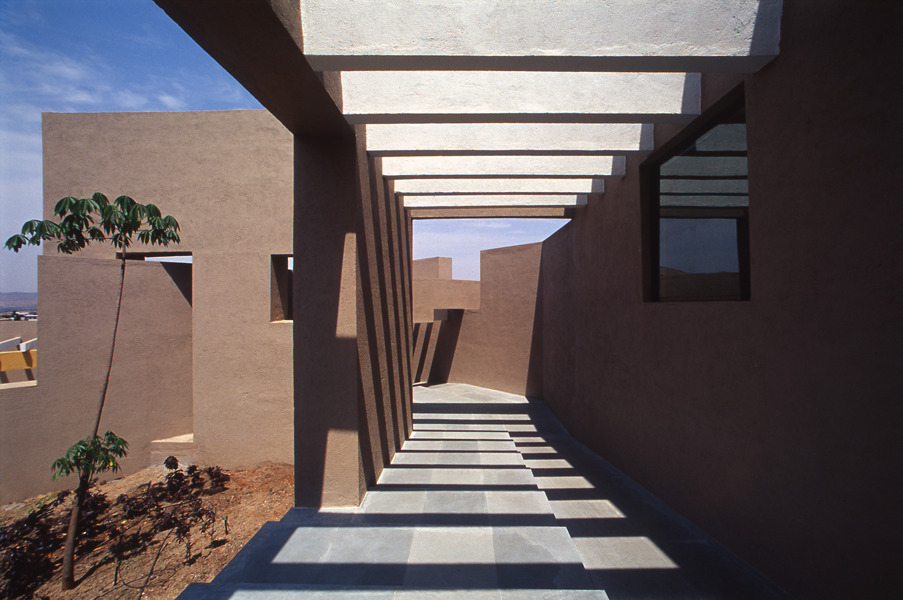 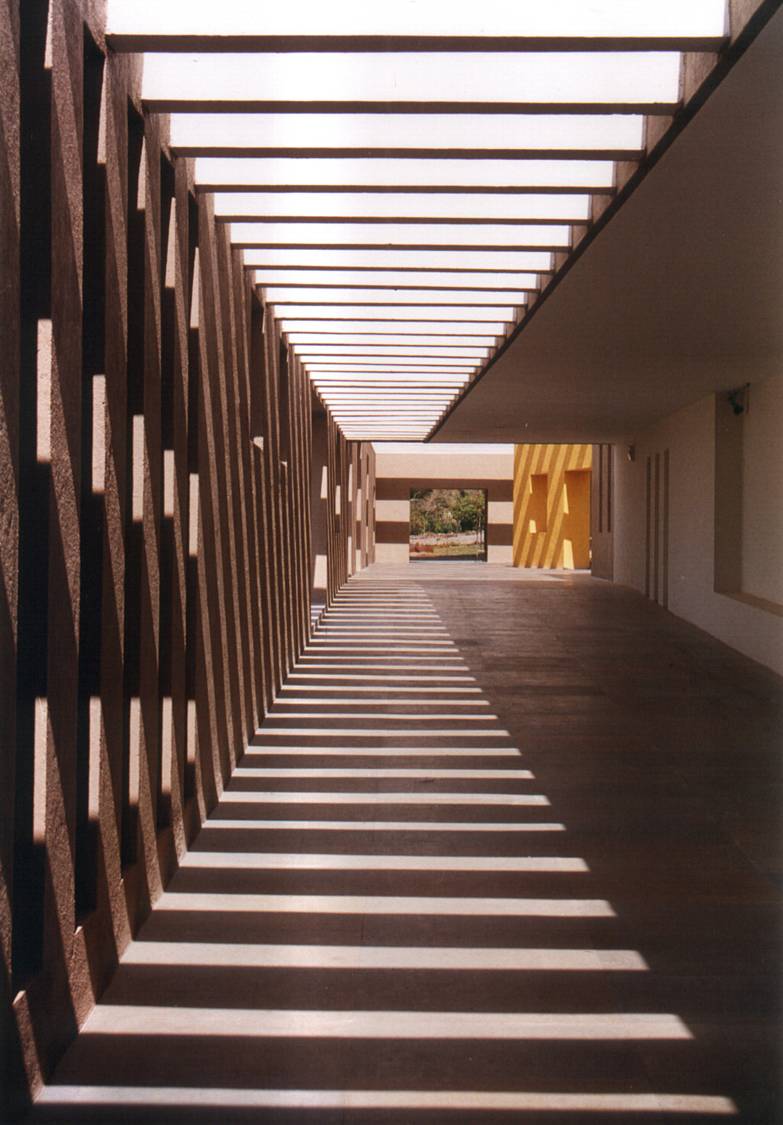 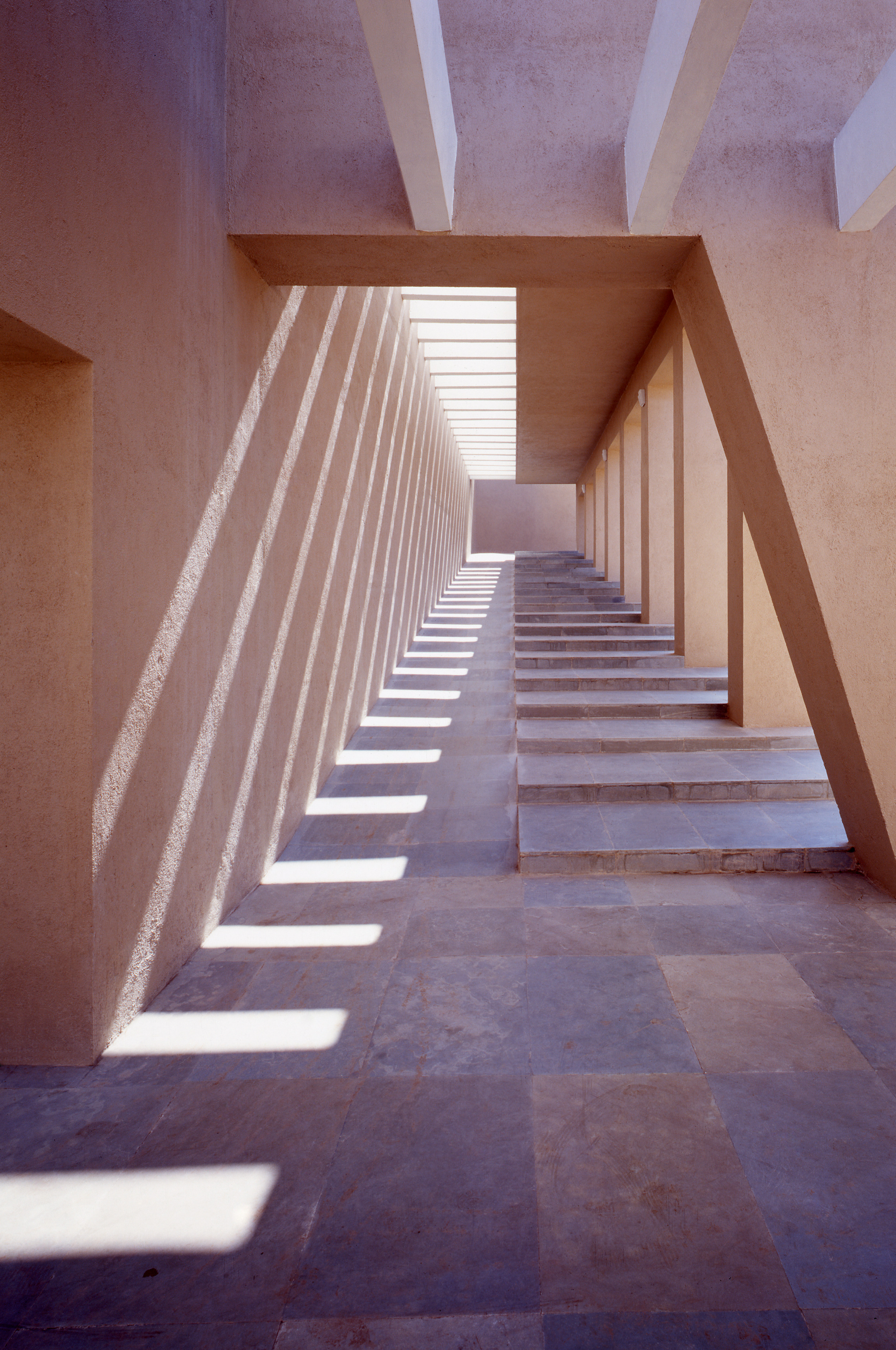 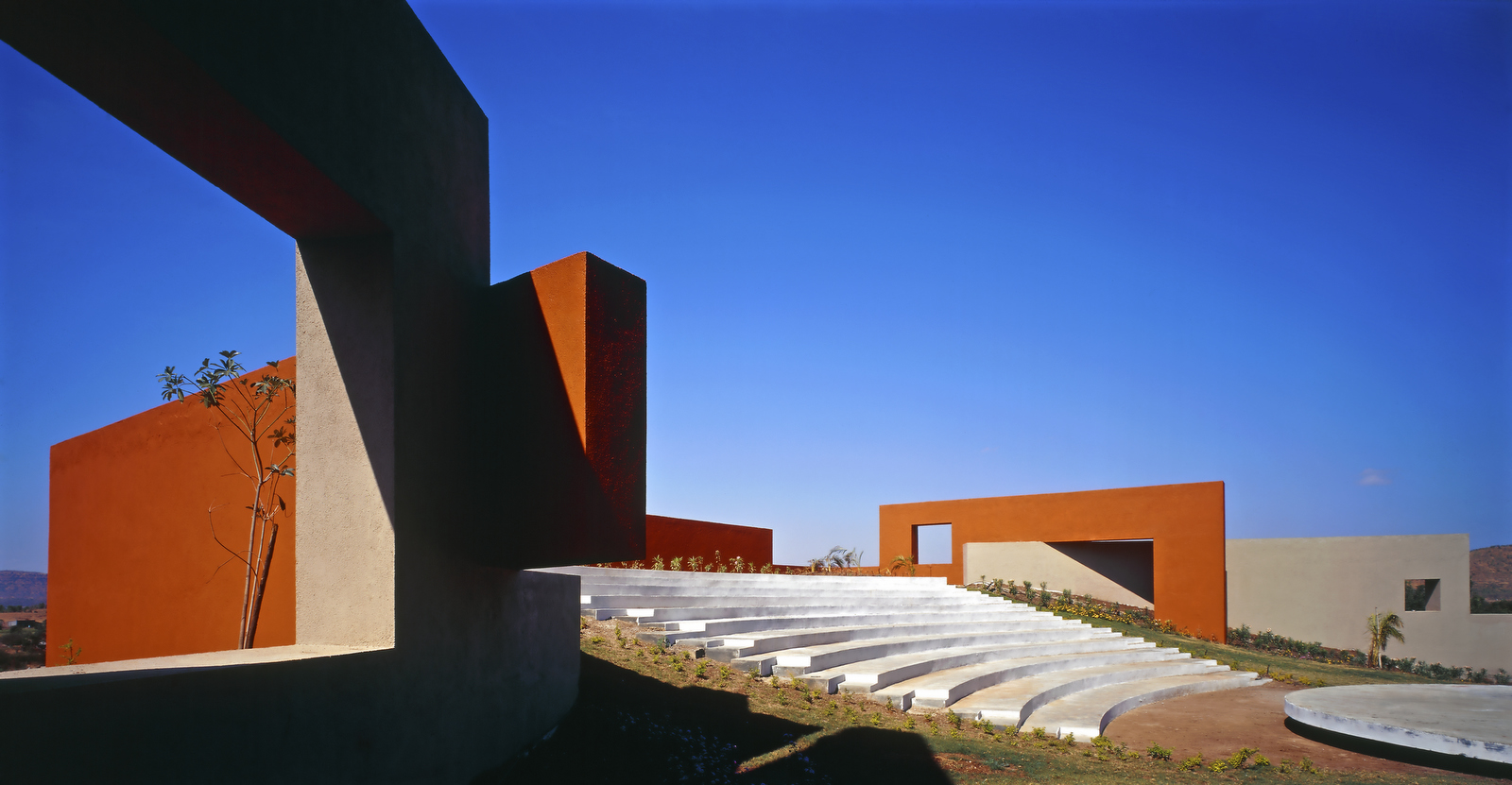 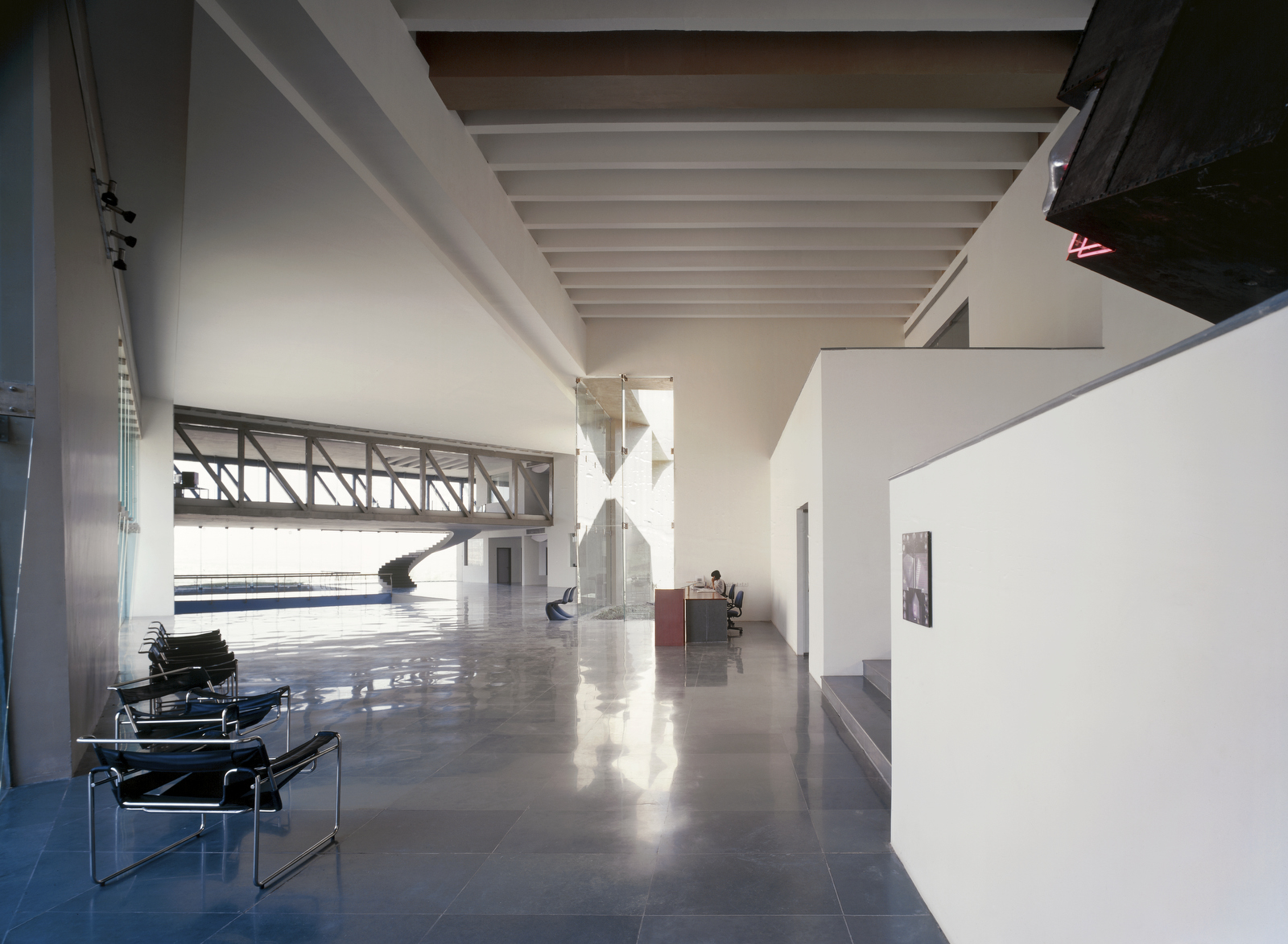 At first glance the complex is reminiscent of and echoes the timelessness of an ancient habitat or a human settlement that it is almost a ‘rock’ out-crop at the base of the hill, of clay masses juxtaposed and emanating from the hill, merging into the hill both in the arid and hot parched season as well as the lush green forest of the monsoons.

The inspiration for the complex is the timeless ‘mandala’ with the administration complex representing the head and the main research park flowing south to north, wrapped around a central courtyard.

From the simple ‘earth’ wall that vanishes into the hill, the gushing spout of water that heralds the entrance, the tilted aluminium cube floating in the water and silhouetted against the sky, the play of light and shade in the myriad pergola covered streets and courts, the sculptured vault of the cafeteria sitting on the tranquil ‘kund’ to the ageless amphitheatre set into the hillock, the complex is intended to provide a multitude of spaces that both inspire a scientist and also serve as a meeting point for groups to jointly interact, explore and discover.

Light and shadow, like day and night, are intertwined, one cannot exist without the other, and it is these two elements that have been juxtaposed in a myriad number of permutations to produce a rhapsody: from the ethereal play of light on the walls, ramp and steps leading to the animal house: the surrealistic imposition of the pergolas socio-graphy onto the floor, the splintering of light from tiny points to lengthening stippled bands moving like a sun-dial echoing the passage of time: are all representative of the dialogue and rapport that the built forms have with the sun.

The ‘macro’ concept also deals with the harvesting of water through a well planned array of drains and channels that flow down the hill and feed the two major artificially created lakes at foot of the hill. In fact the very drive into the complex bisects these lakes providing the visitor with the vista of a large sheet of water.

At the 'micro' level, water sheets and spouts have been used extensively to animate courtyards and transition spaces, culminating in an enormous sheet of water accessed on one face as a dramatic flight of steps and on the other by the verdant green of the lawn. The kund gives birth to a smaller shallow channel that induces the scientists to walk on the pebbles barefoot.This major body of water echoes the time-less kunds and tanks that are a hall-mark of our traditional architecture and are representative of a ‘daily’ cycle and an entire way of life.