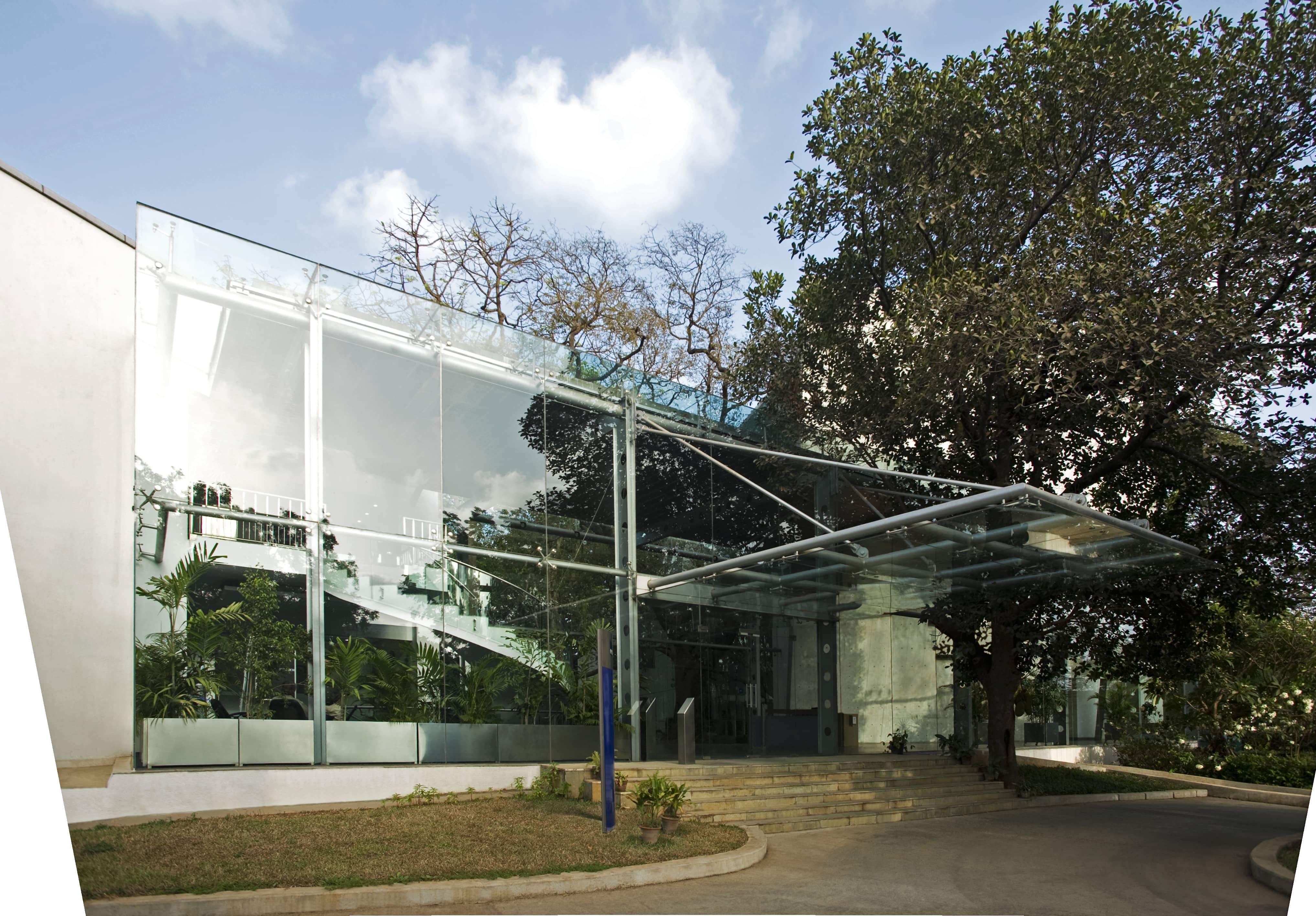 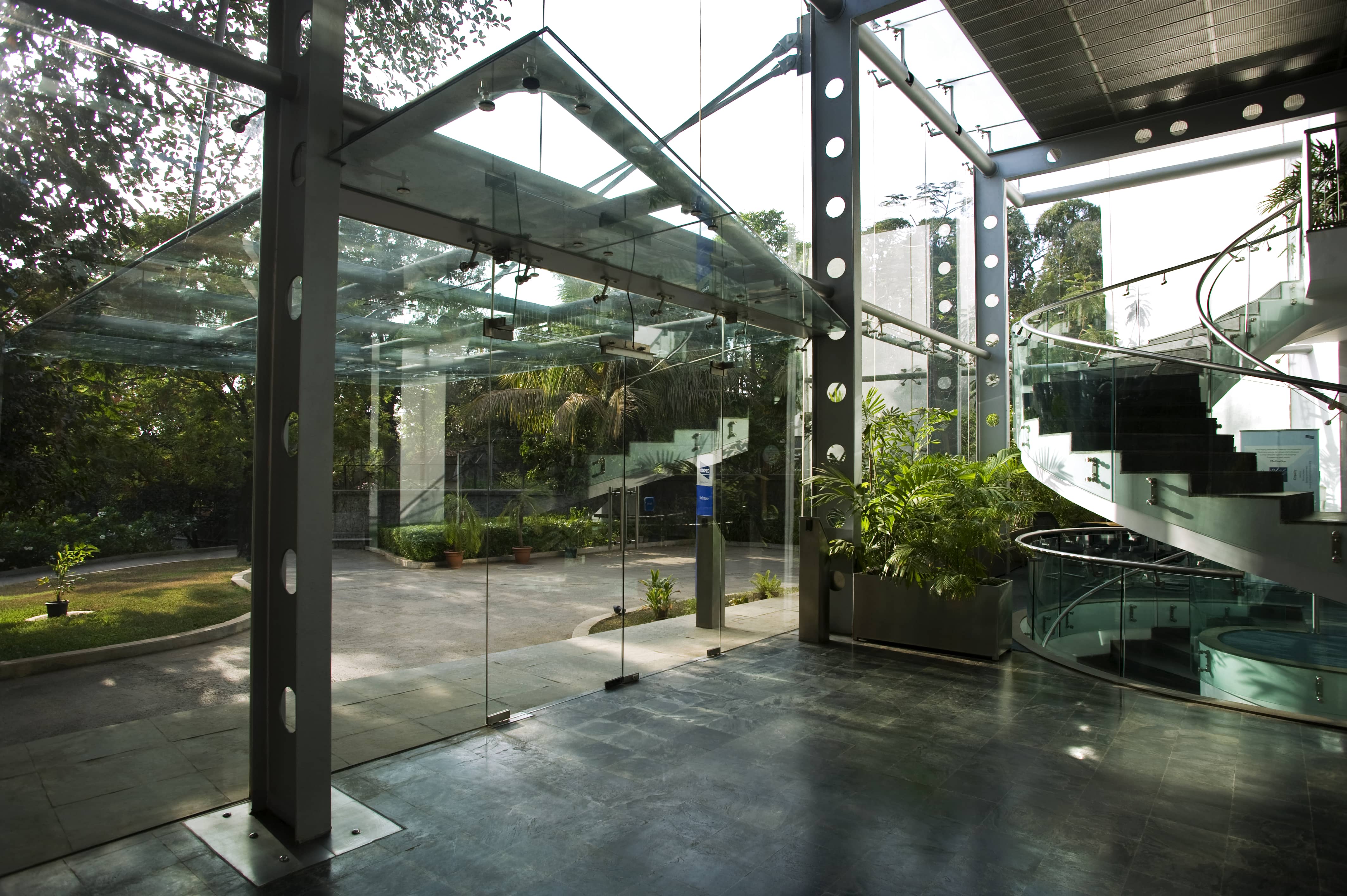 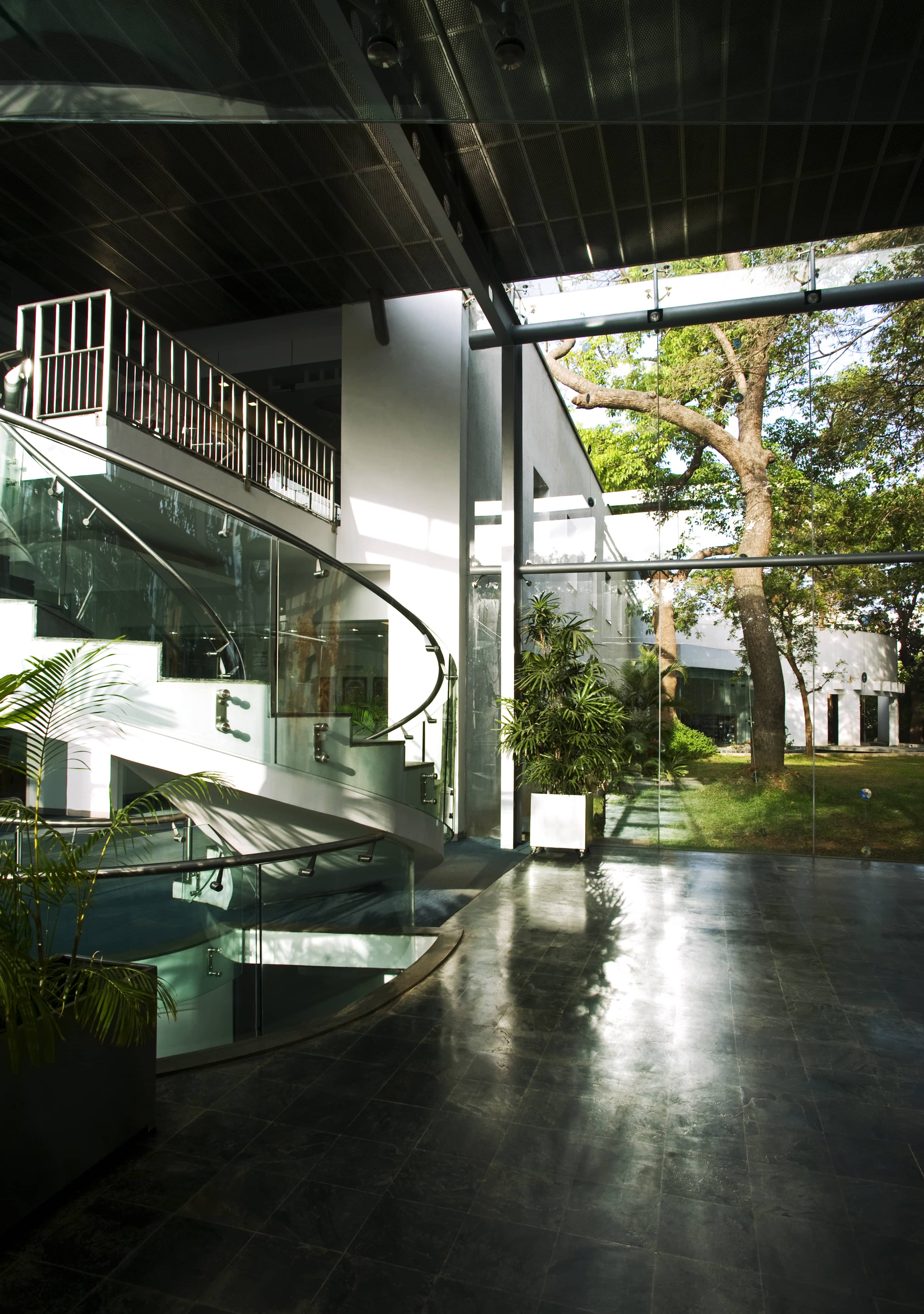 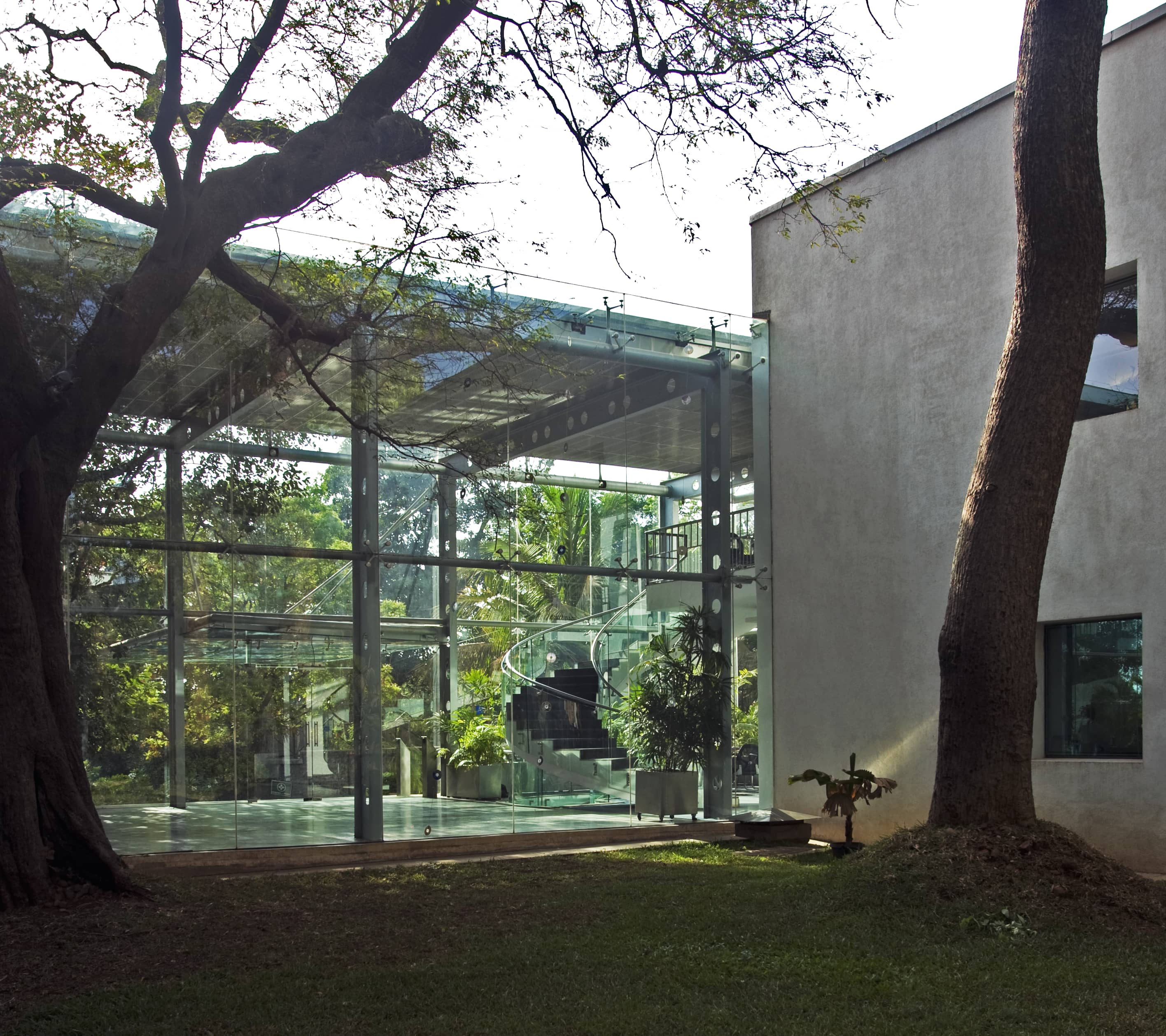 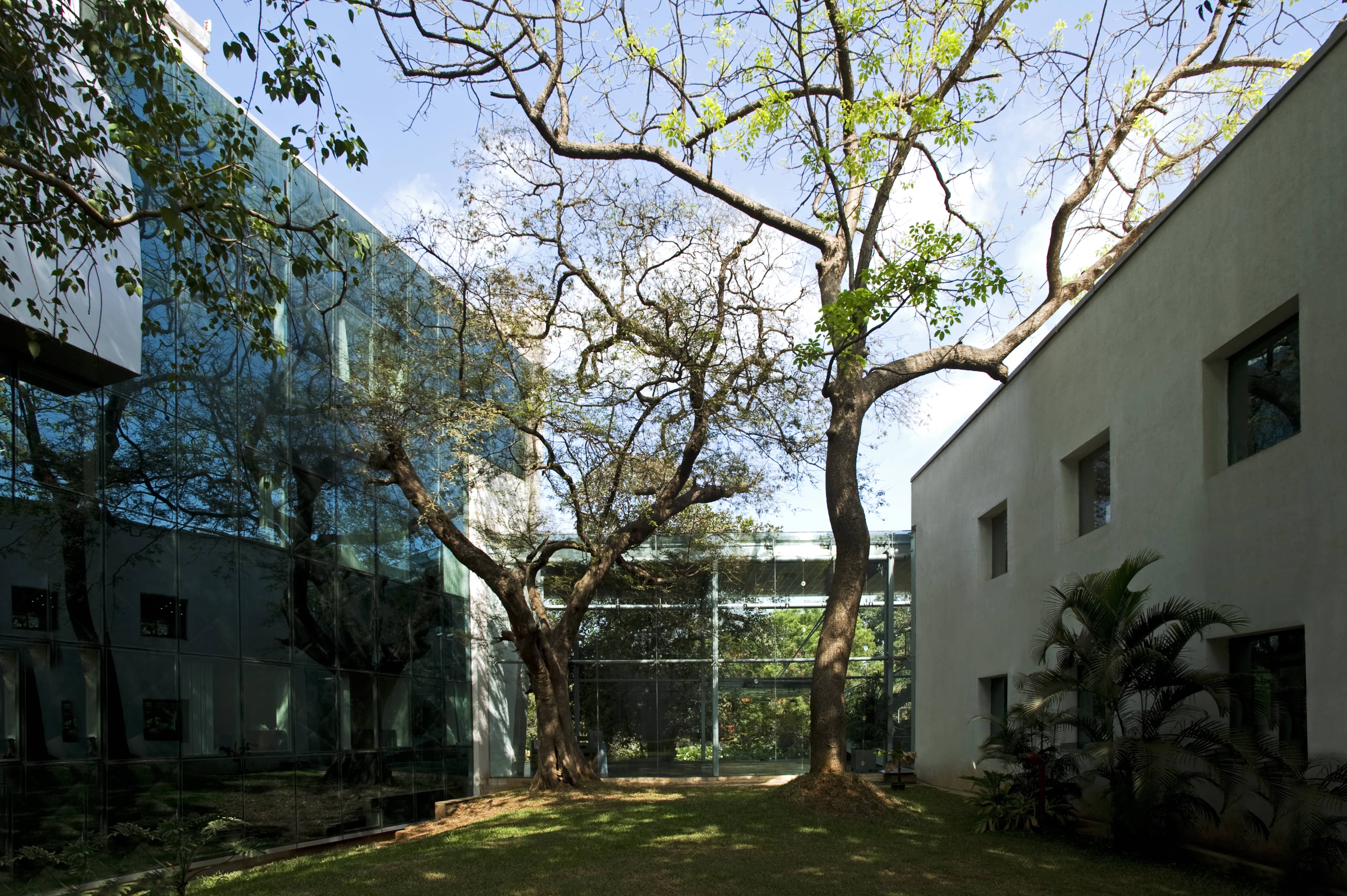 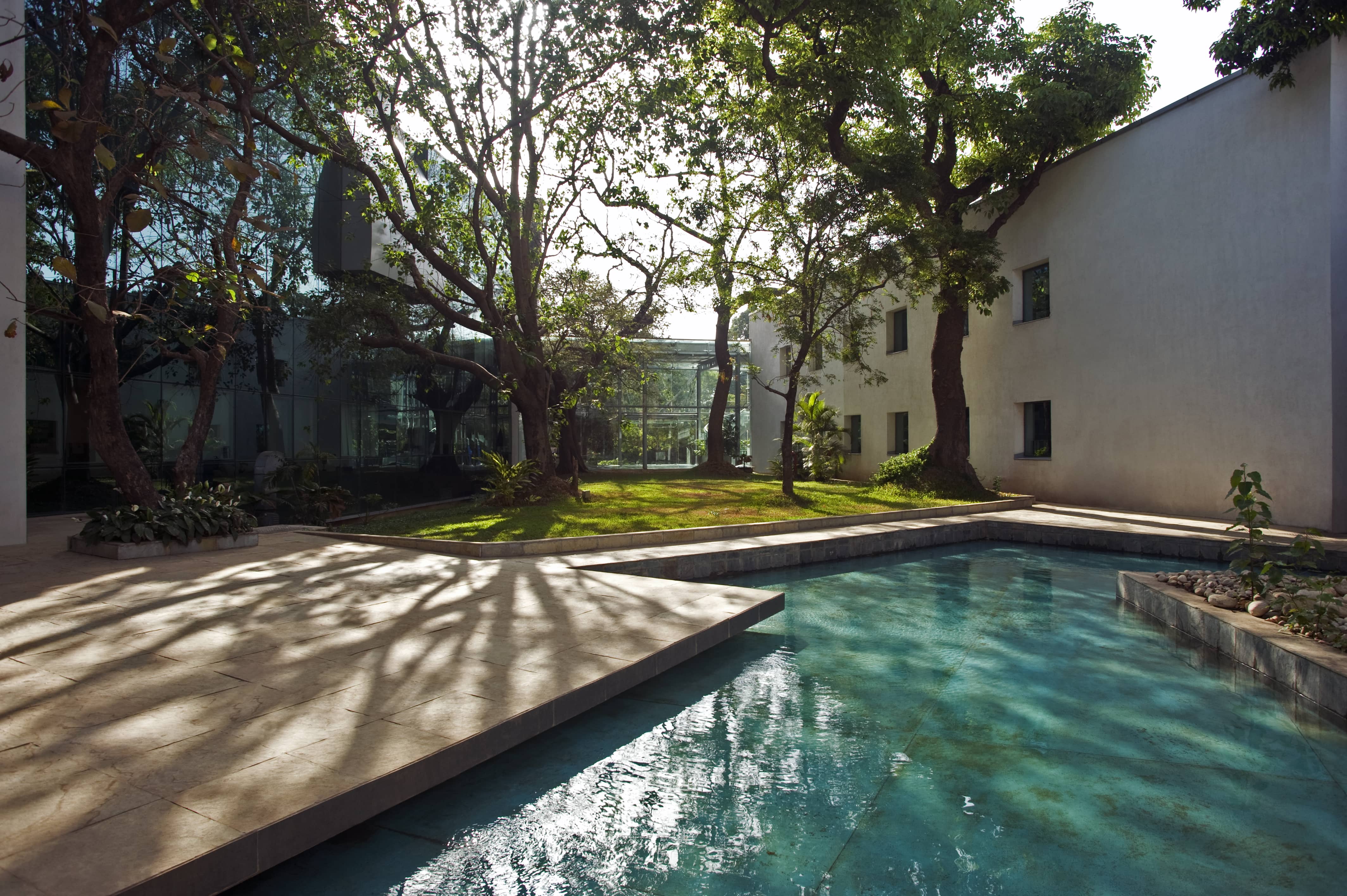 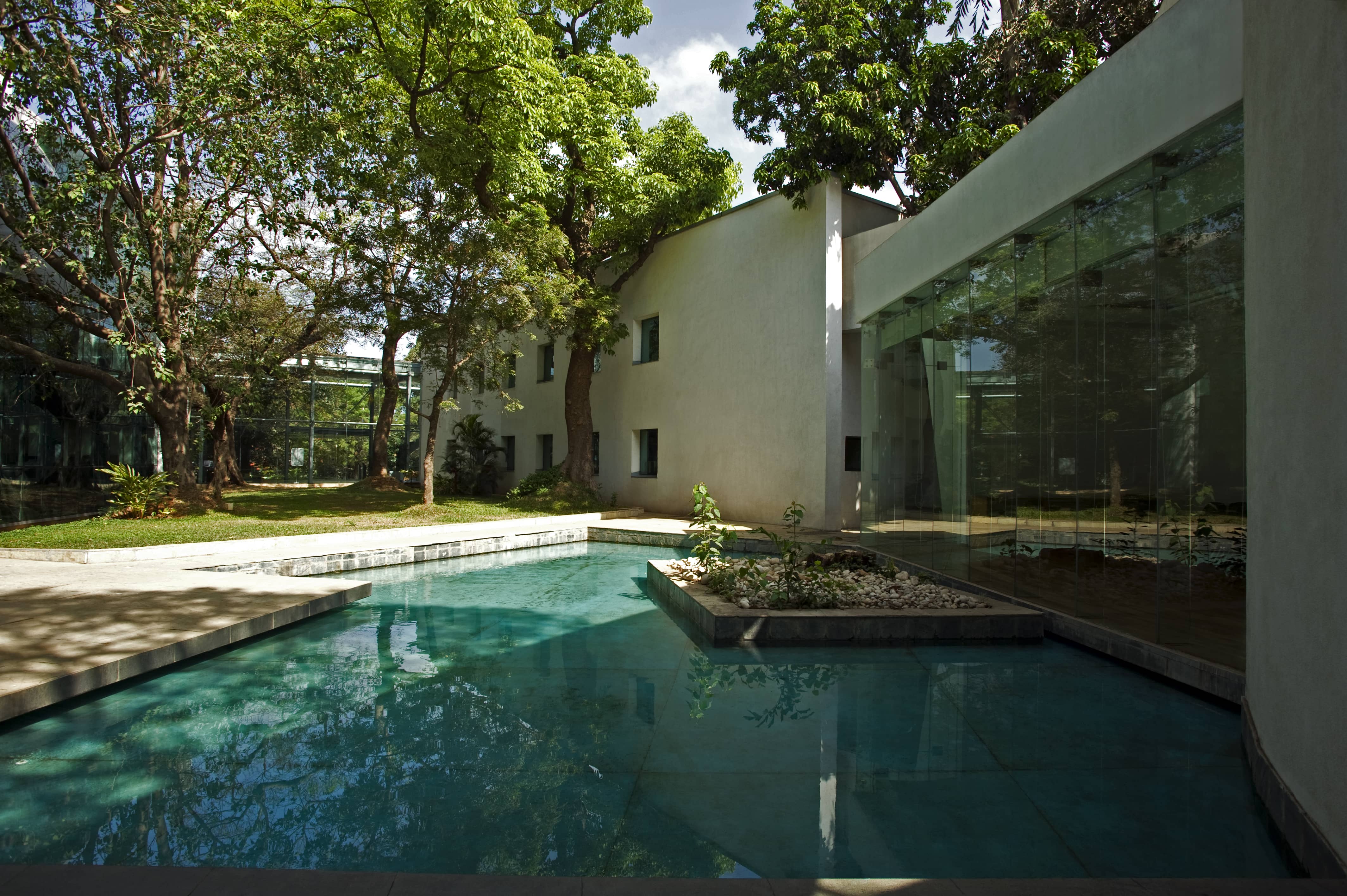 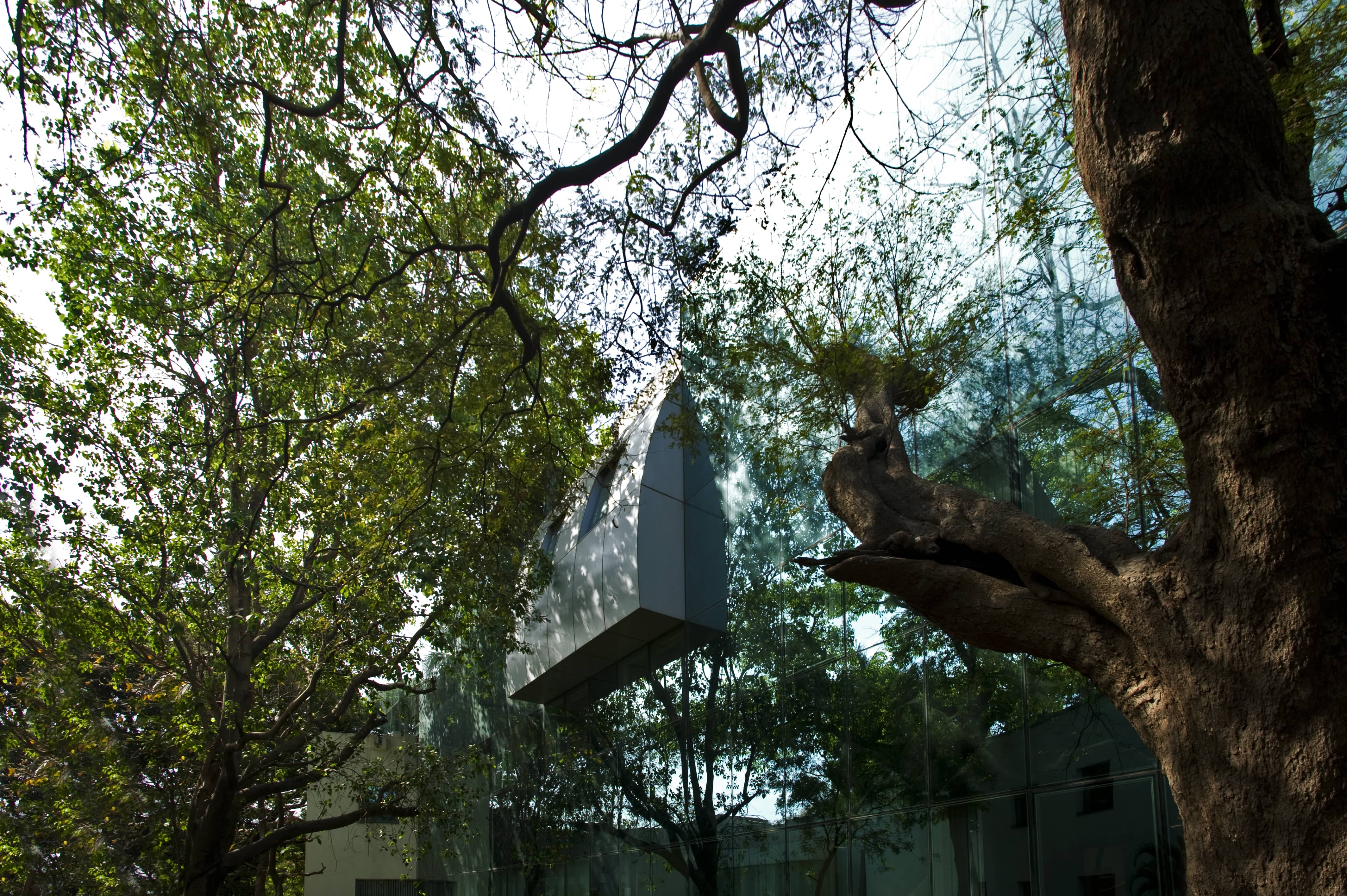 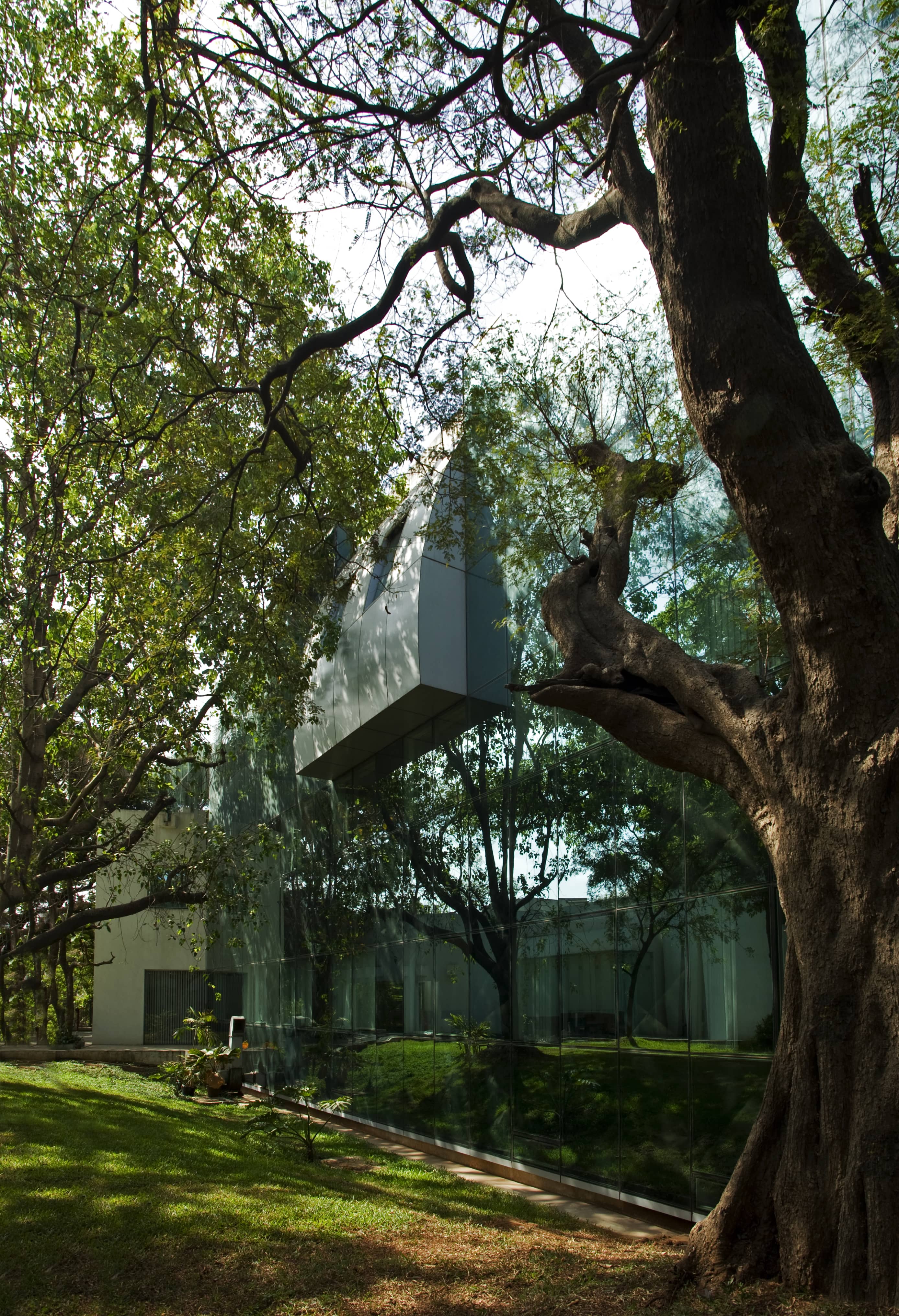 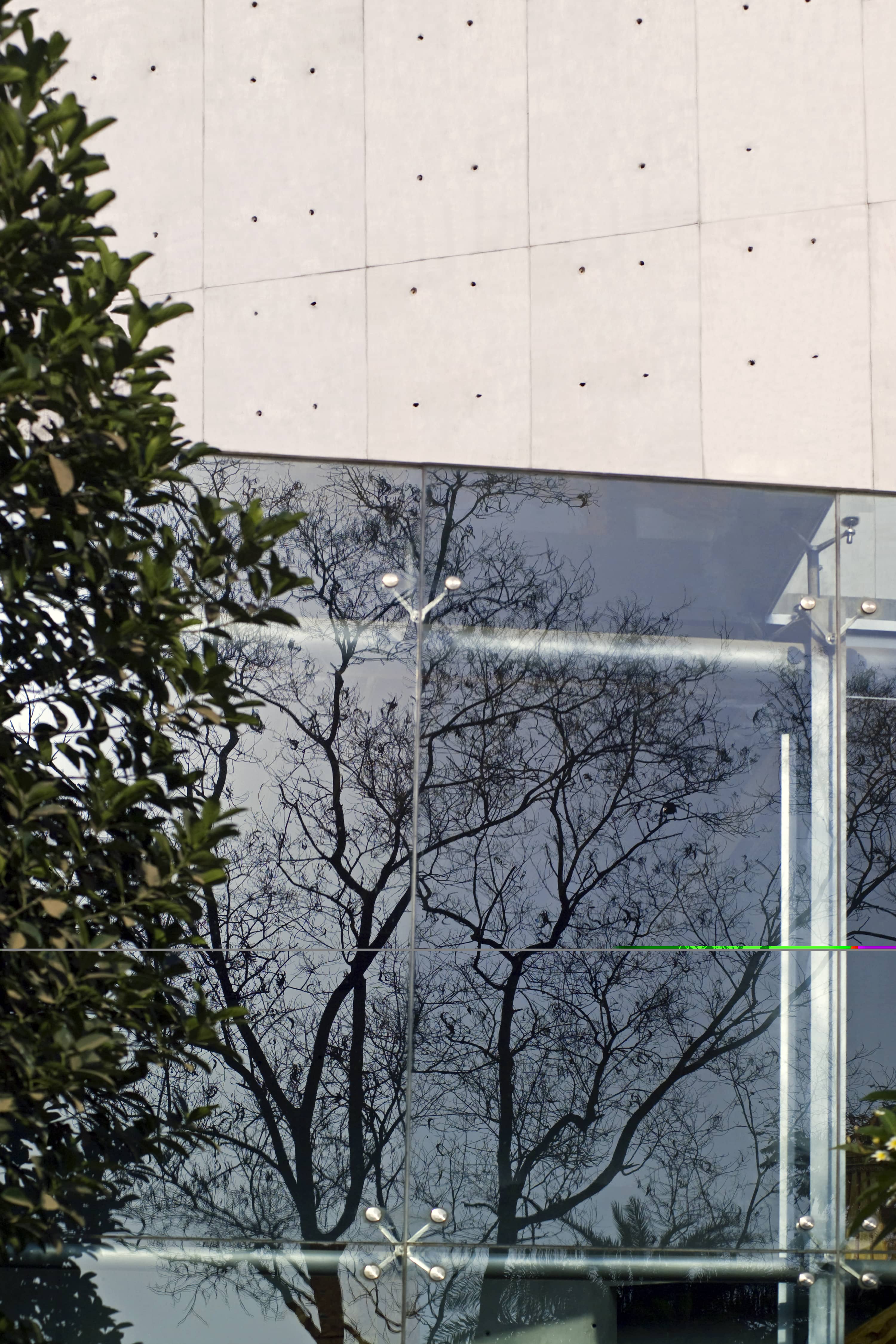 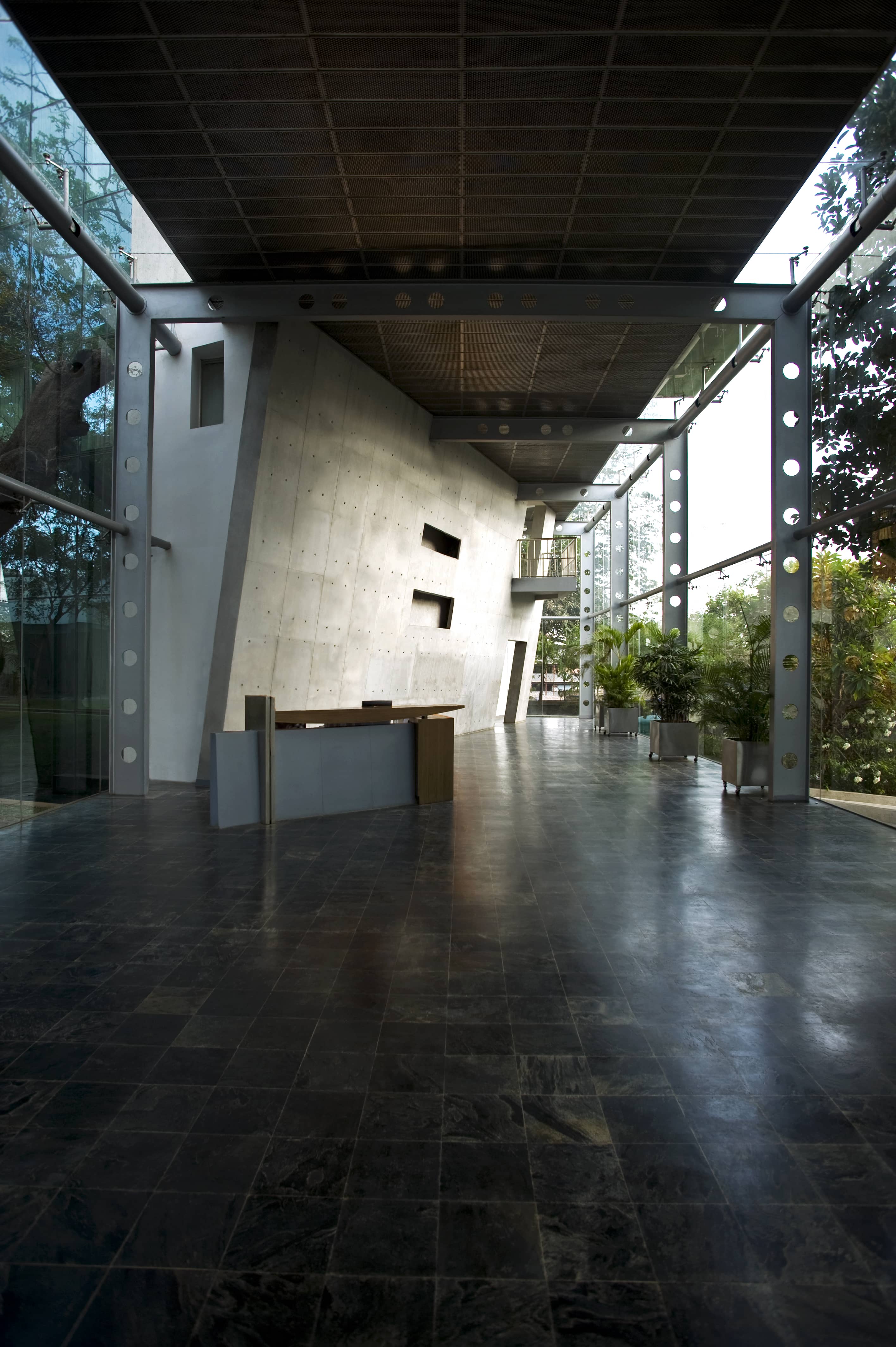 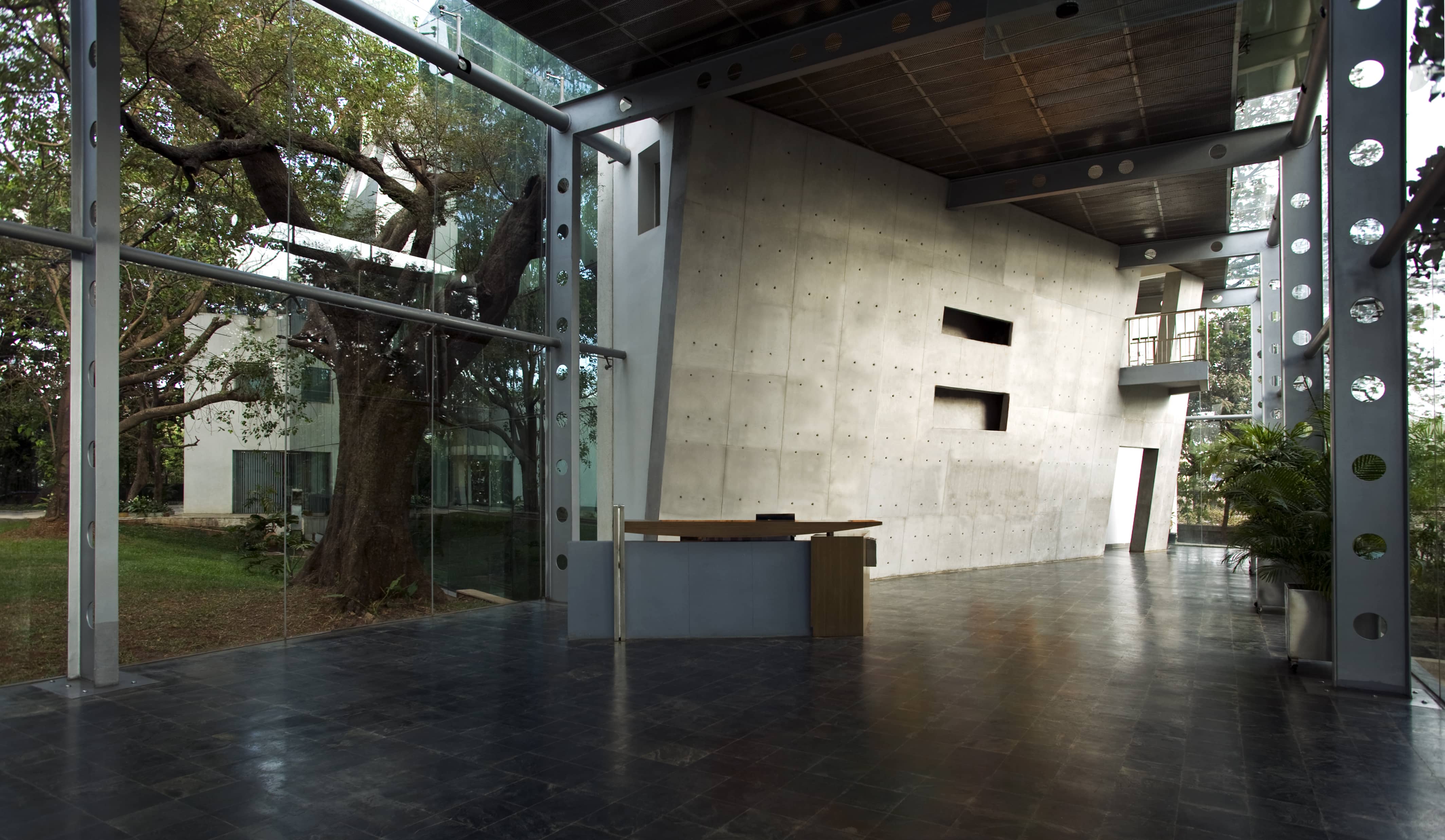 The entire R&D complex simply flows through the trees without being obtrusive, the dappled effect of light and shade and the movement of the sun through the trees, the reflections of this entire combination into the water contemplate a total effect of ‘serenity’ that is so vital in any R&D center.

The plot itself filled with lush large trees and its profile have dictated the evolution of the design concept. A careful study of the site, levels and the root structure of the trees left limited areas for development of the R&D center. It is this study that first drove us into demolishing the existing house.

The major advantage we thus gained was that we could locate the admin & visitor interactive spaces closer to the main entrance and also impart a futuristic look to the center at the very entrance itself.

The central space becomes a large water body & landscaped hub that connects the common spaces to the cafeteria. This water body also becomes a water reservoir and serves as a wonderful reflection pool for the trees and surrounding structures.The design incorporates active and passive energy systems that allow effective use of resources and reduces running expenditure.

A combination of earth tone terracotta walls, aluminum matte steel panels and deeply recessed windows form the southern façade reduce the harsh glare of the sun predominant in this direction thereby reducing air-conditioning loads. Large areas of glass on the north and east optimize climatic planning by maximizing diffused light ingress. North light is also allowed to filter in through clerestories of the roof form.