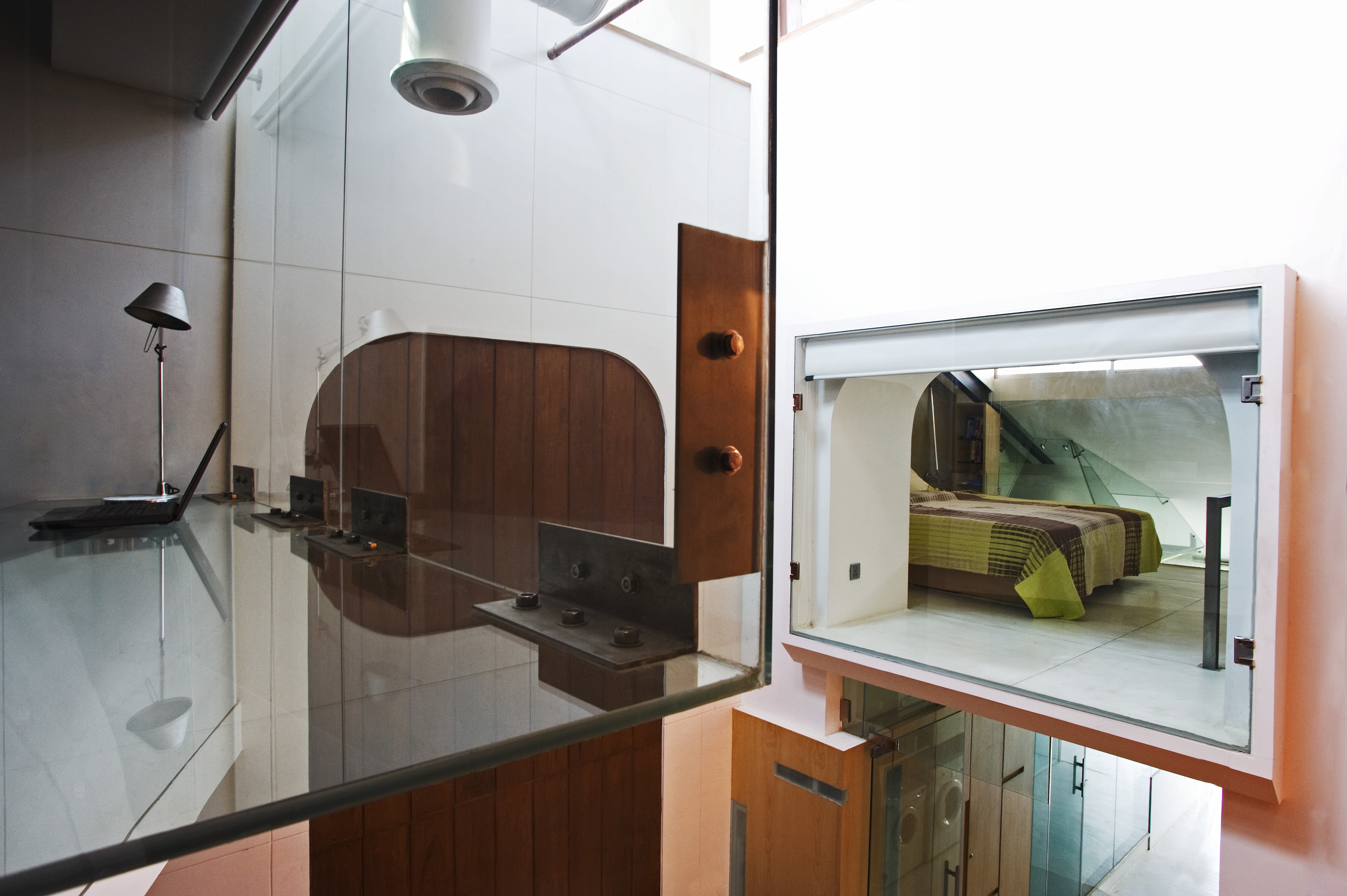 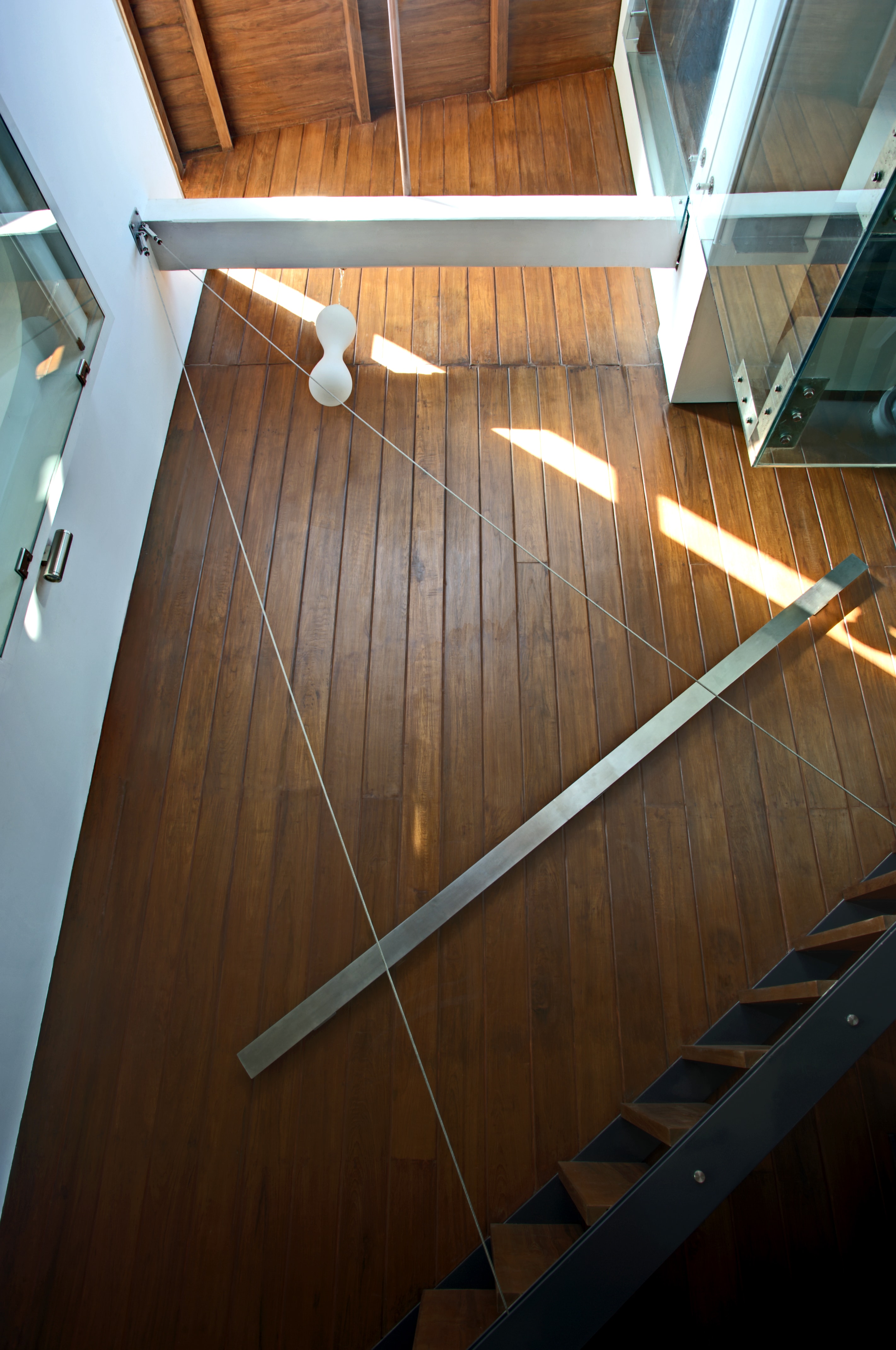 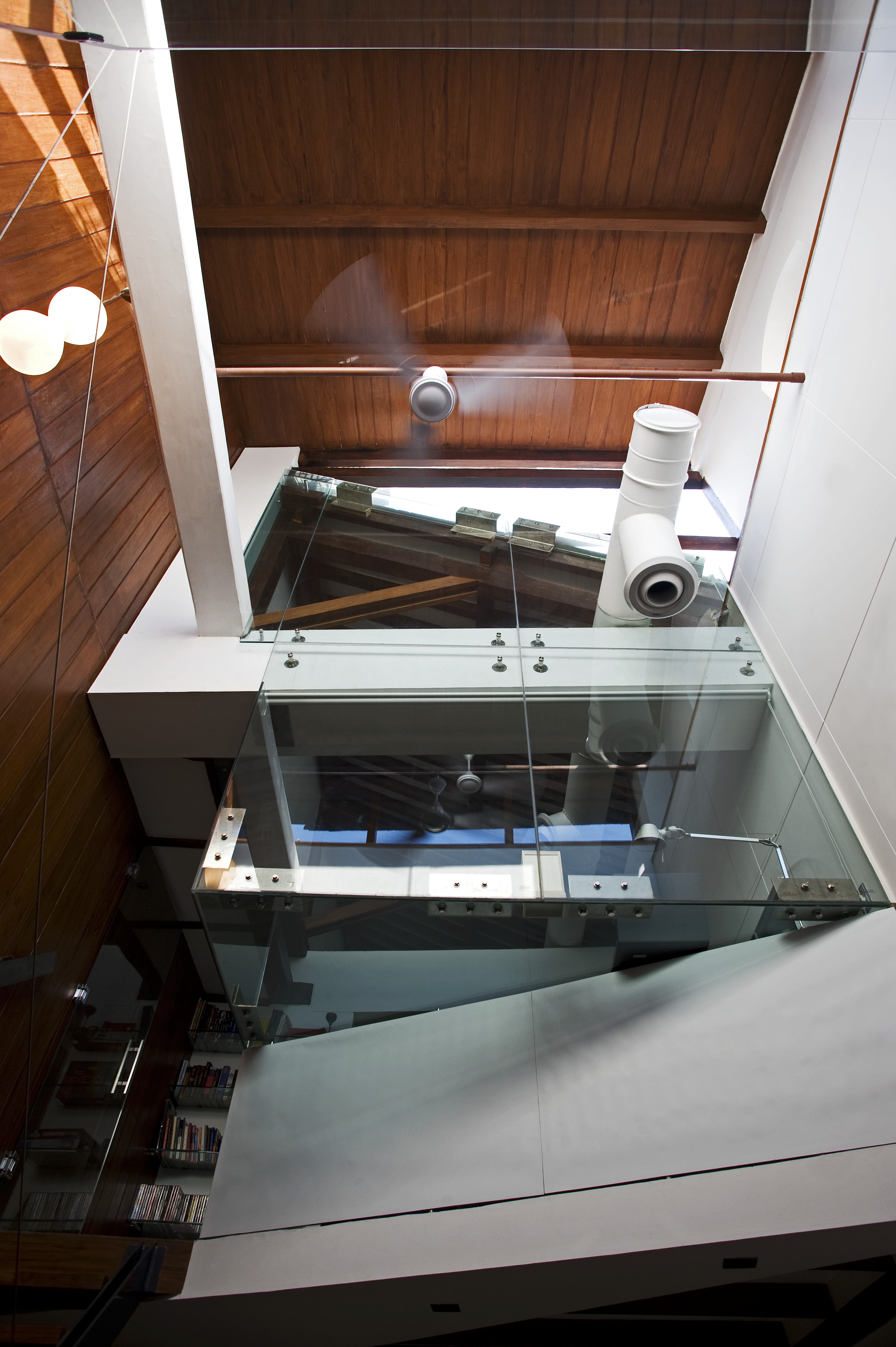 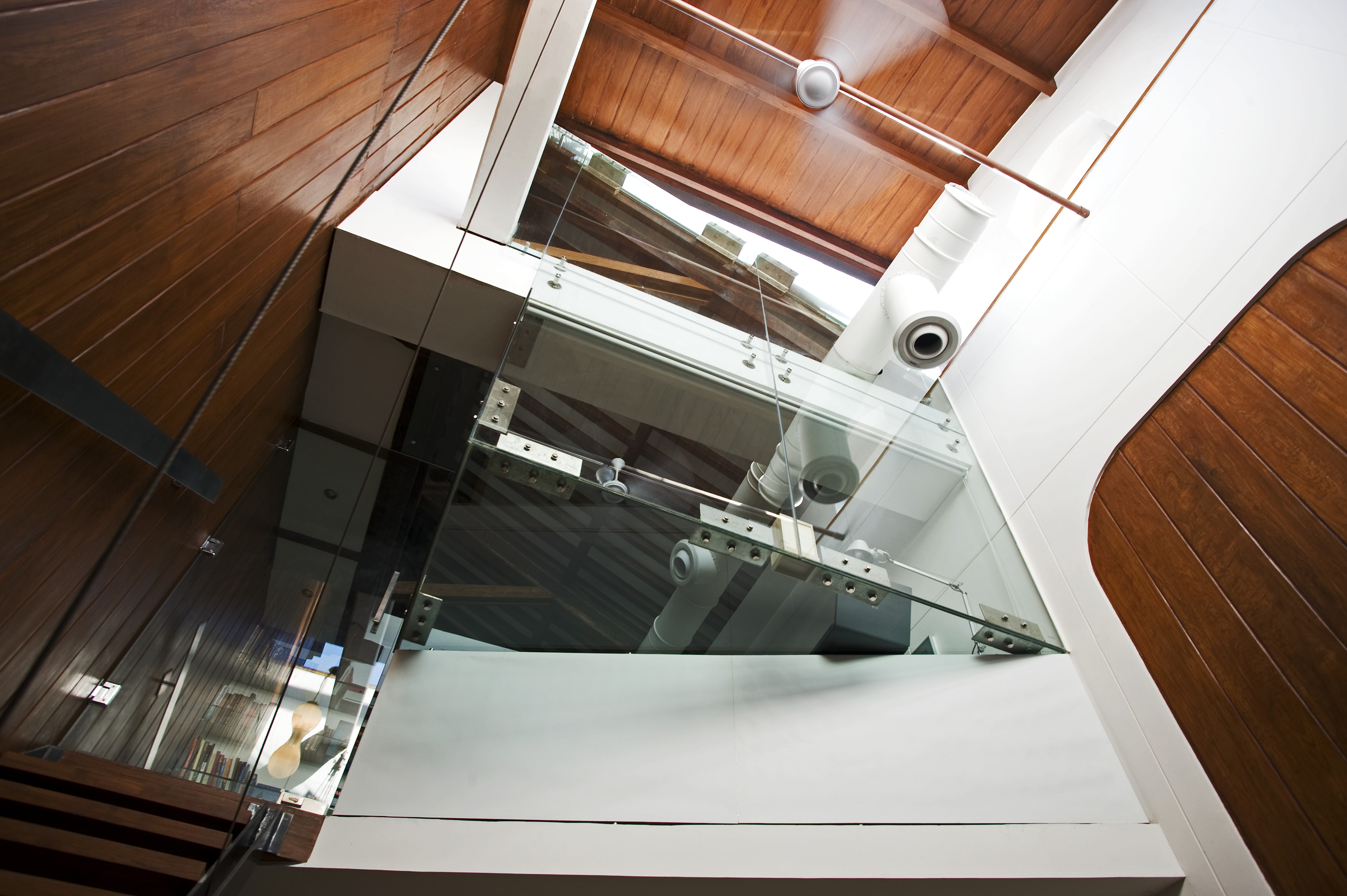 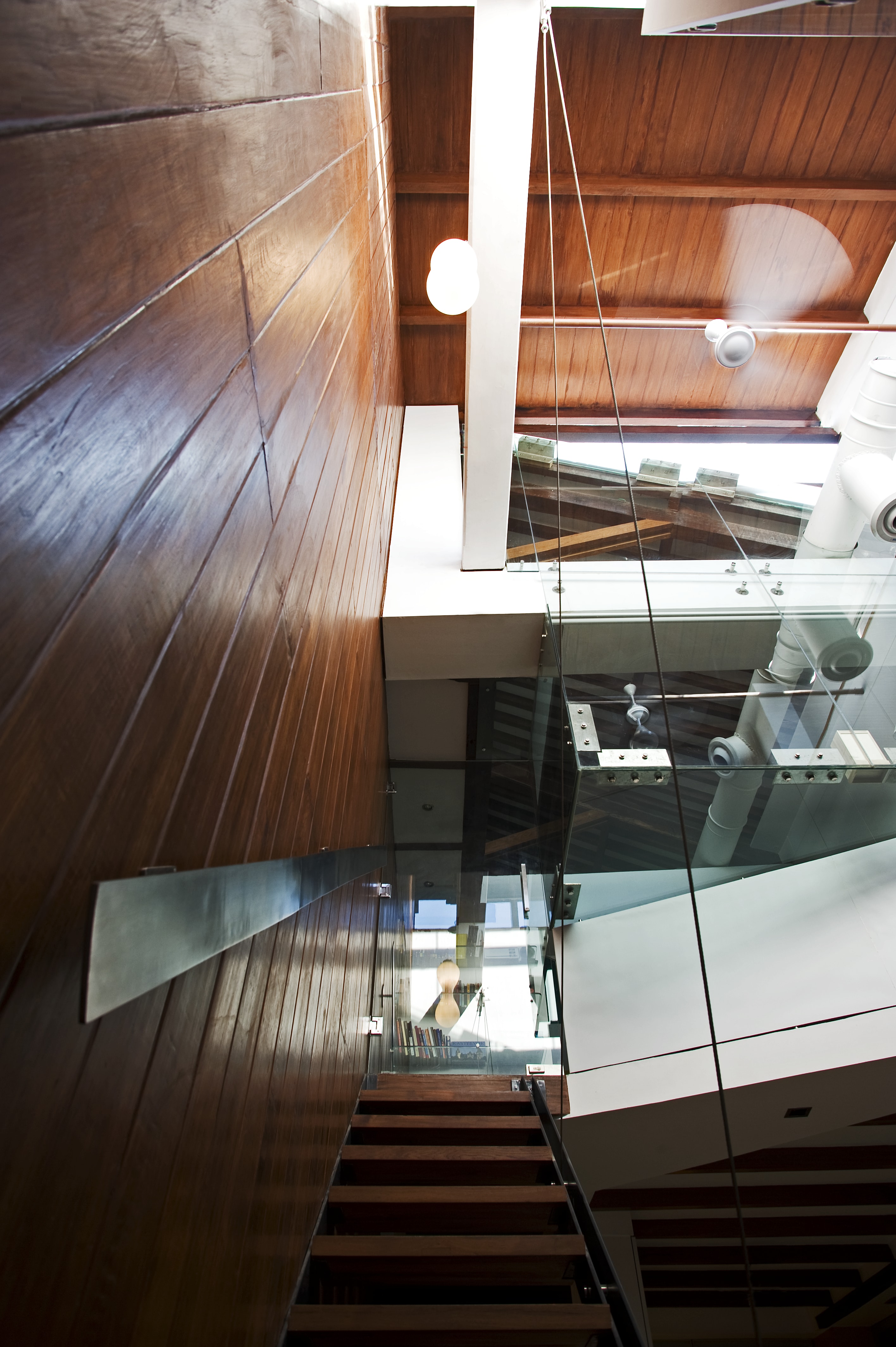 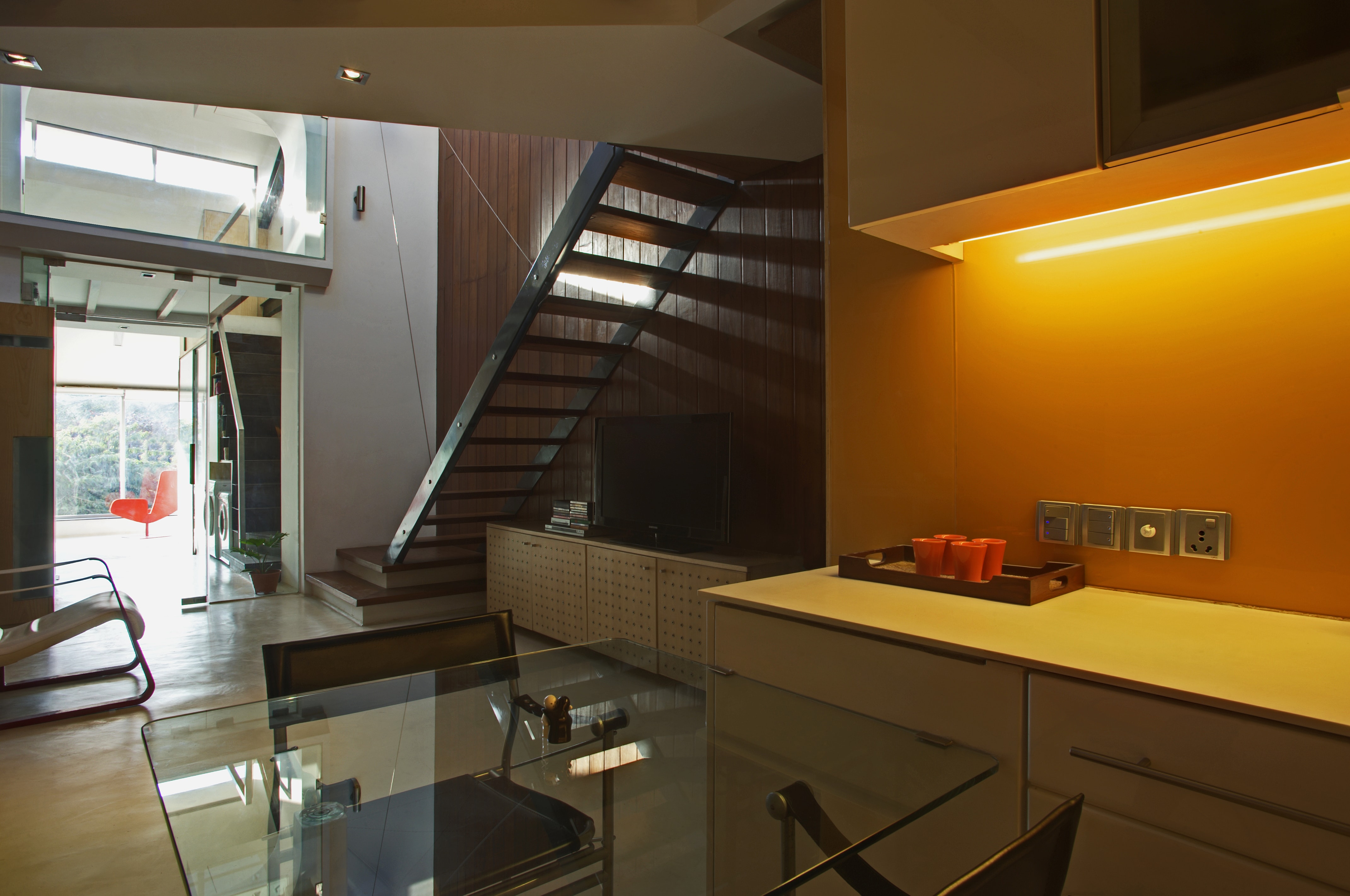 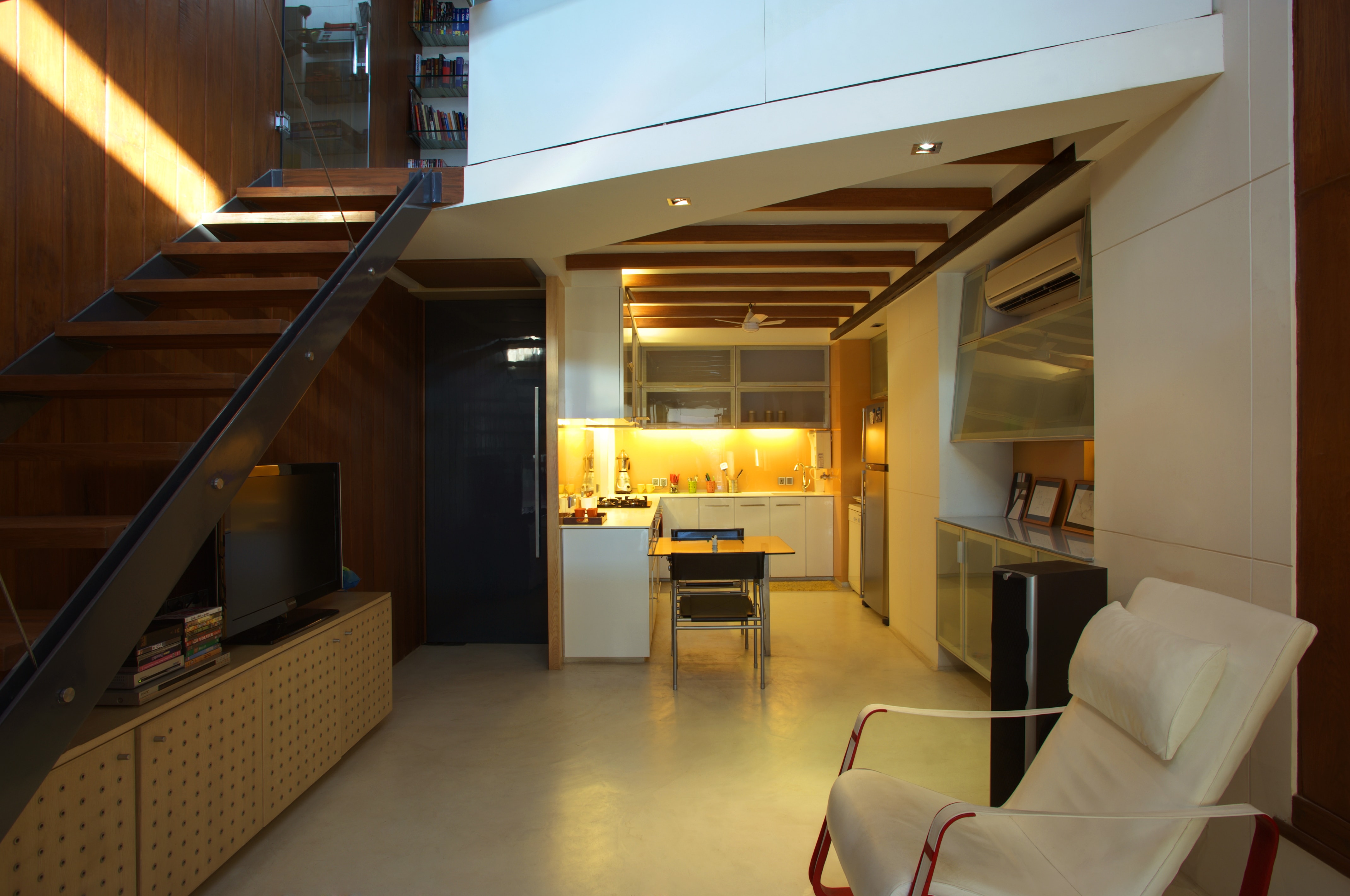 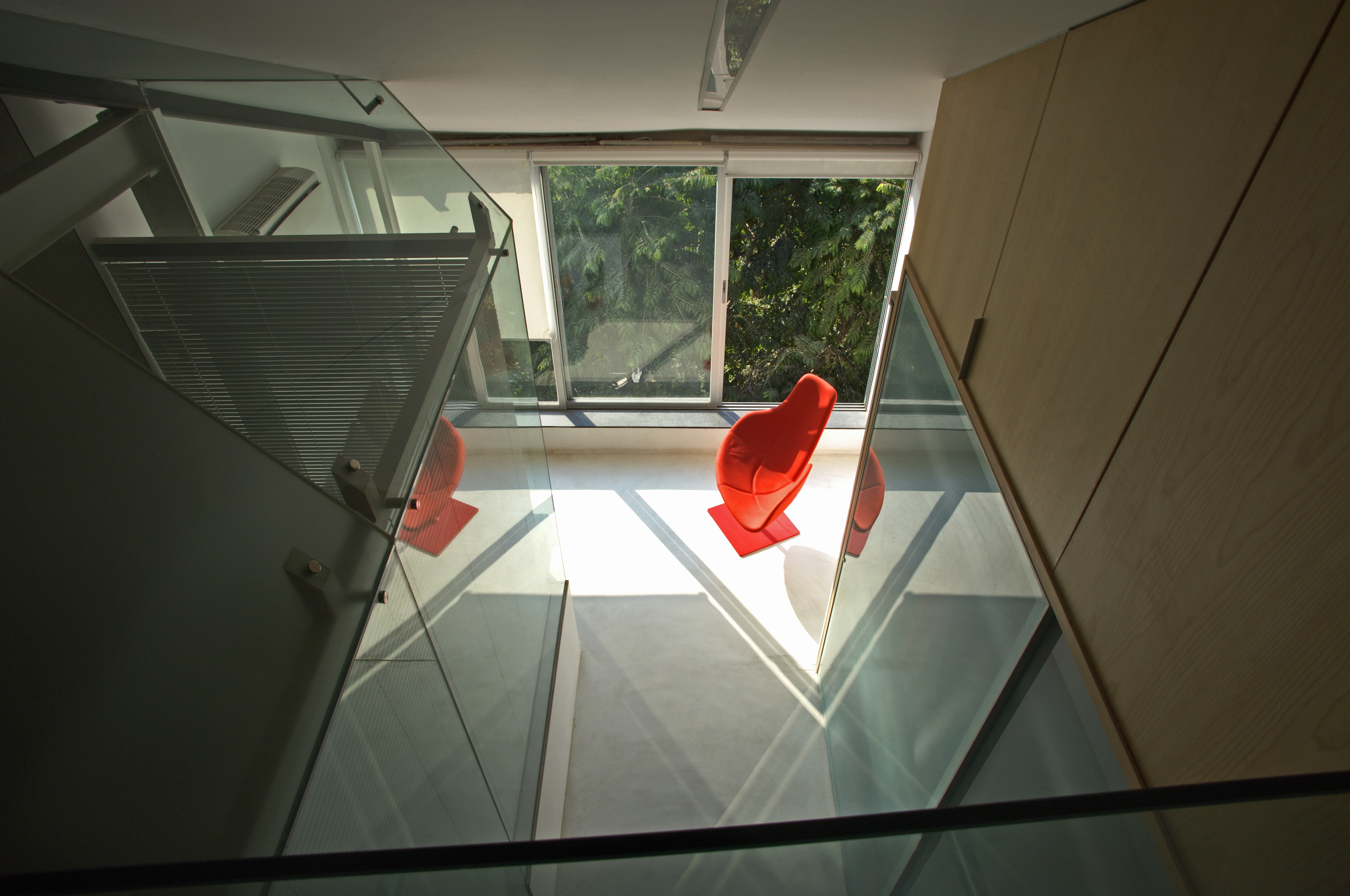 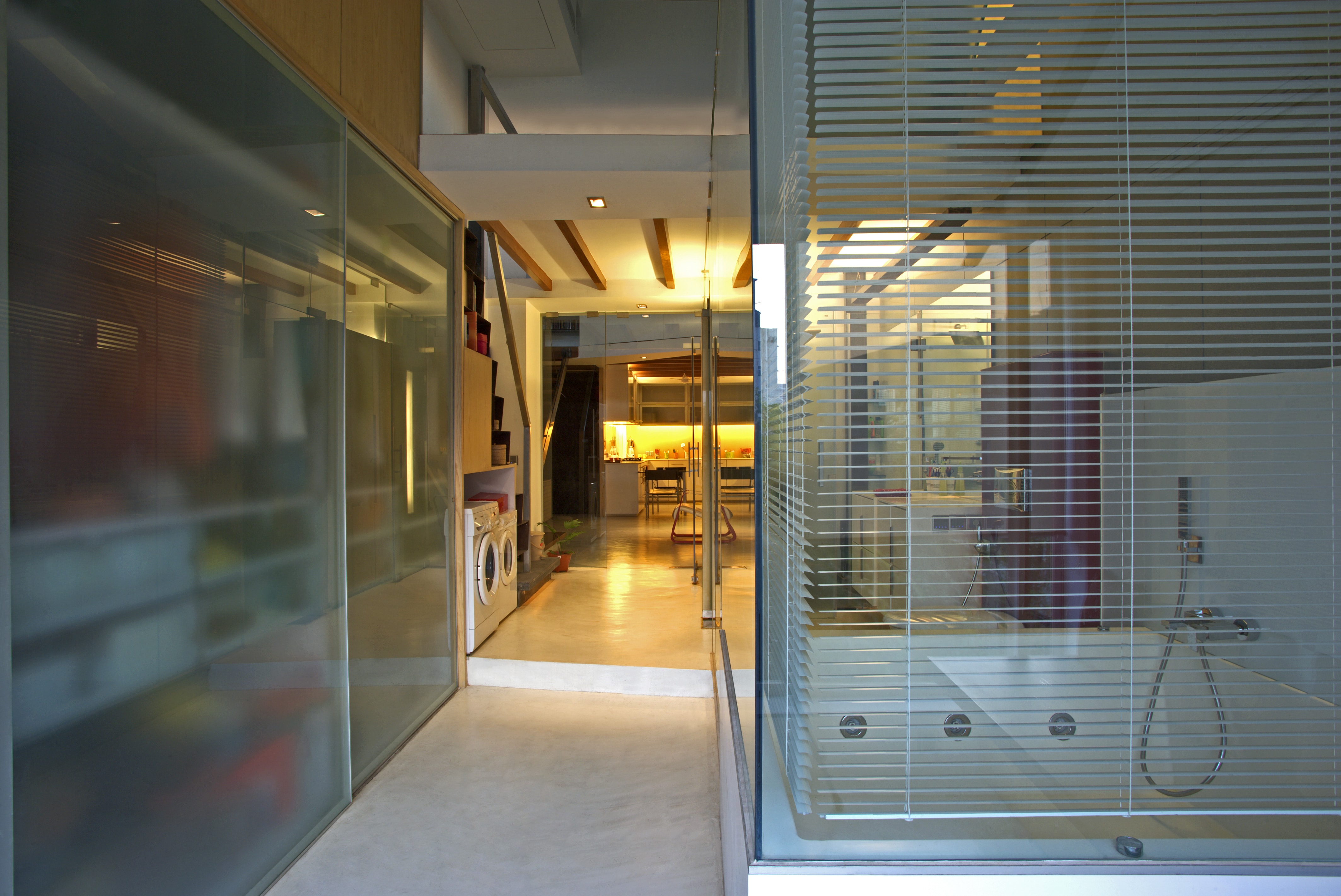 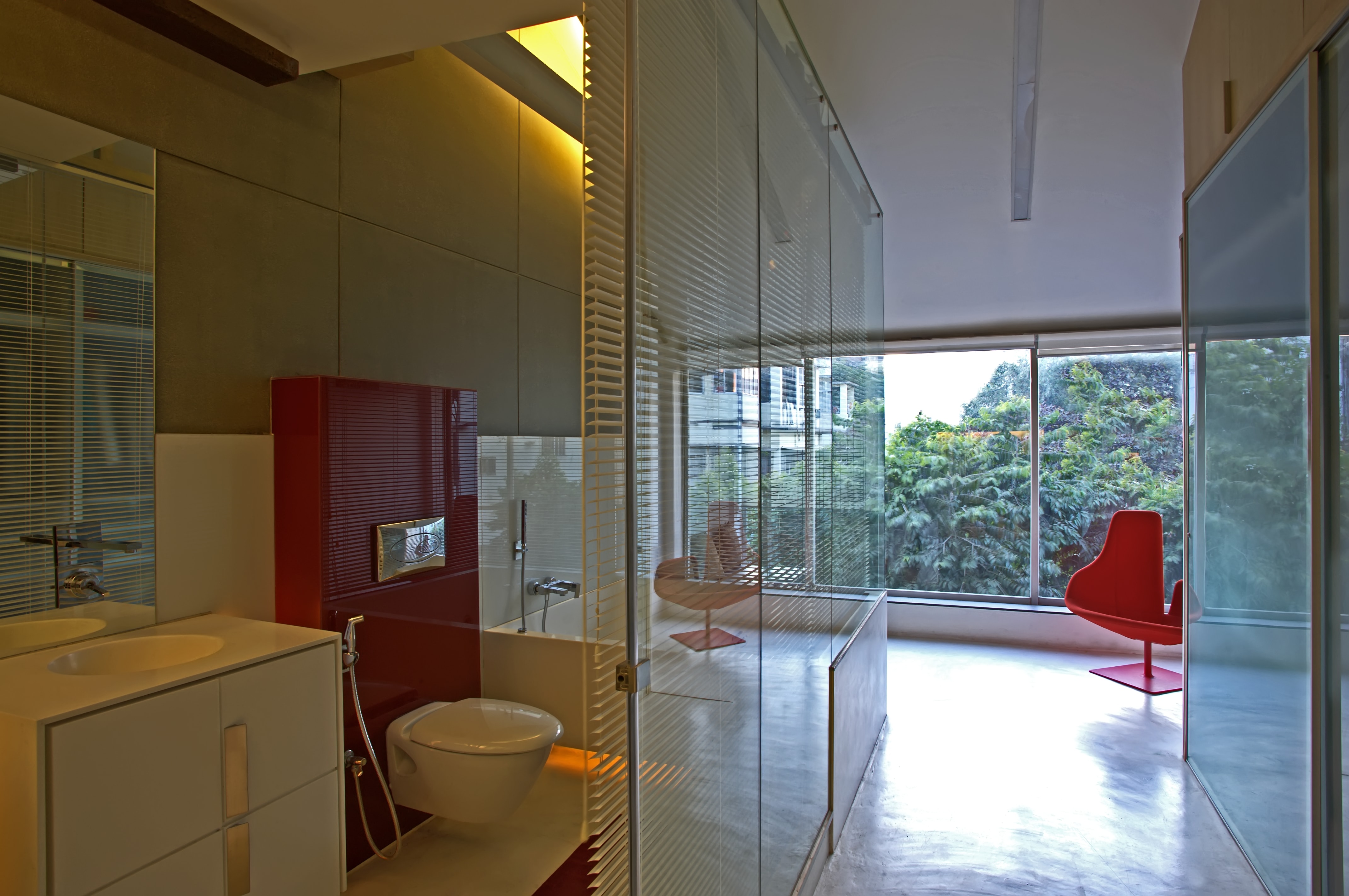 Contradiction engenders instability and instability often leads to a syntax that is not easily deconstructed by the conventional tools of architectural criticism.

The transformation of a tiny, boarded up, poorly lit, inadequately ventilated, long and narrow commercial space into a contemporary apartment warranted an ideological shift and an eschewing of sacrosanct design principles.

When I first walked into the 650 sq.ft loft space on the top floor of the former Admiralty Court at Kala Ghoda (later christened The Great Western Building), I was simultaneously appalled and seduced. The degree of decay that had beset this erstwhile bastion of colonial grandeur is symptomatic of a society that is still unable to reconcile its past with its present.

It was very important to me, without getting overtly nostalgic, that the original volumes and textures be retained, with delicate interventions serving only to enhance the unconventional proportions of the space.

The entire space was gutted to excise all extraneous and non-structural elements, and redundant roof partitions were replaced with skylights to bring natural light into the main central volume.

Glass has been used extensively, not only to establish a fluid interconnectivity of spaces, but also to create a kaleidoscope of reflections. The primary central volume is constantly animated by shifting patterns of light as it streams through two skylights that are placed opposite each other along an east-west orientation. The staircase leading up to the study through the living room abuts a tall, wooden partition wall, and is suspended with steel cables. The treads are slender wooden planks and risers have been eliminated to enable the assembly to filter natural light and cast splintered shadows on the wall.

The study mezzanine is bound by a suspended glass box, and a triangular shard of glass offset from the floor profile acts as the study table and allows a visual connection with the roof even when the viewer is directly beneath it.

The second bay of the loft is split along its length to create a linear space that connects to the balcony and is flanked on one side by a translucent wardrobe and by a clear glass-bound bathroom on the other. The glass volume of the bathroom reaches over the sleeping area mezzanine to connect with the roof. The stair up to the sleeping area is made of a continuous folded metal plate and houses utilities below it.

The development of 3d models and diagrams is an integral part in the evolution of any design, but in this case, the complexity generated by the arbitrary structural augmentations made over the years necessitated a more hands-on approach. Major decisions were made, and a majority of the details were crafted on site.

The result is a space that is distinctly architectural in its predisposition, where physical and visual transitions have taken precedence over material applications, where materiality is a function of spatial flows and where light has been allowed to sculpt surfaces and create a space that evolves with the elements.