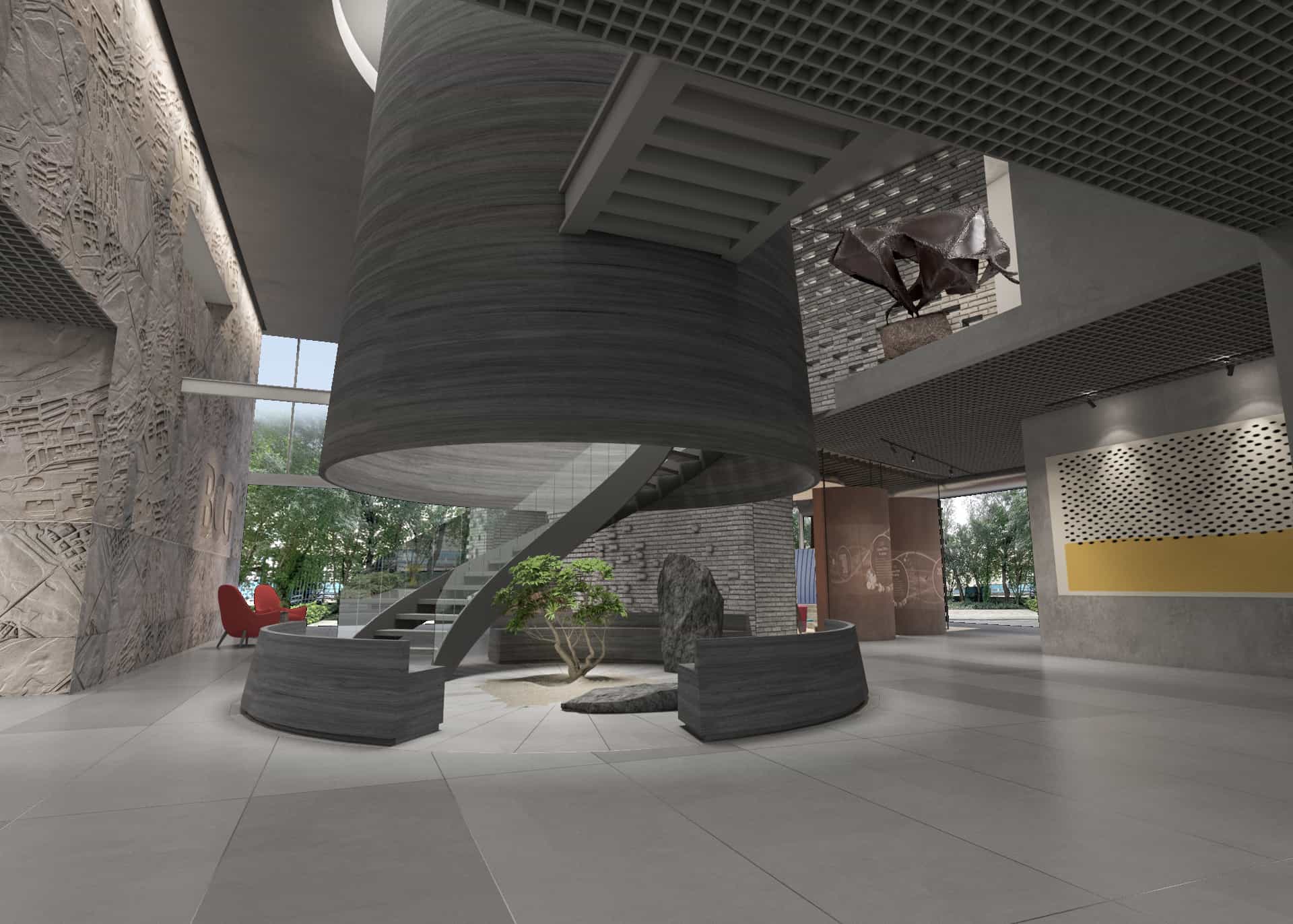 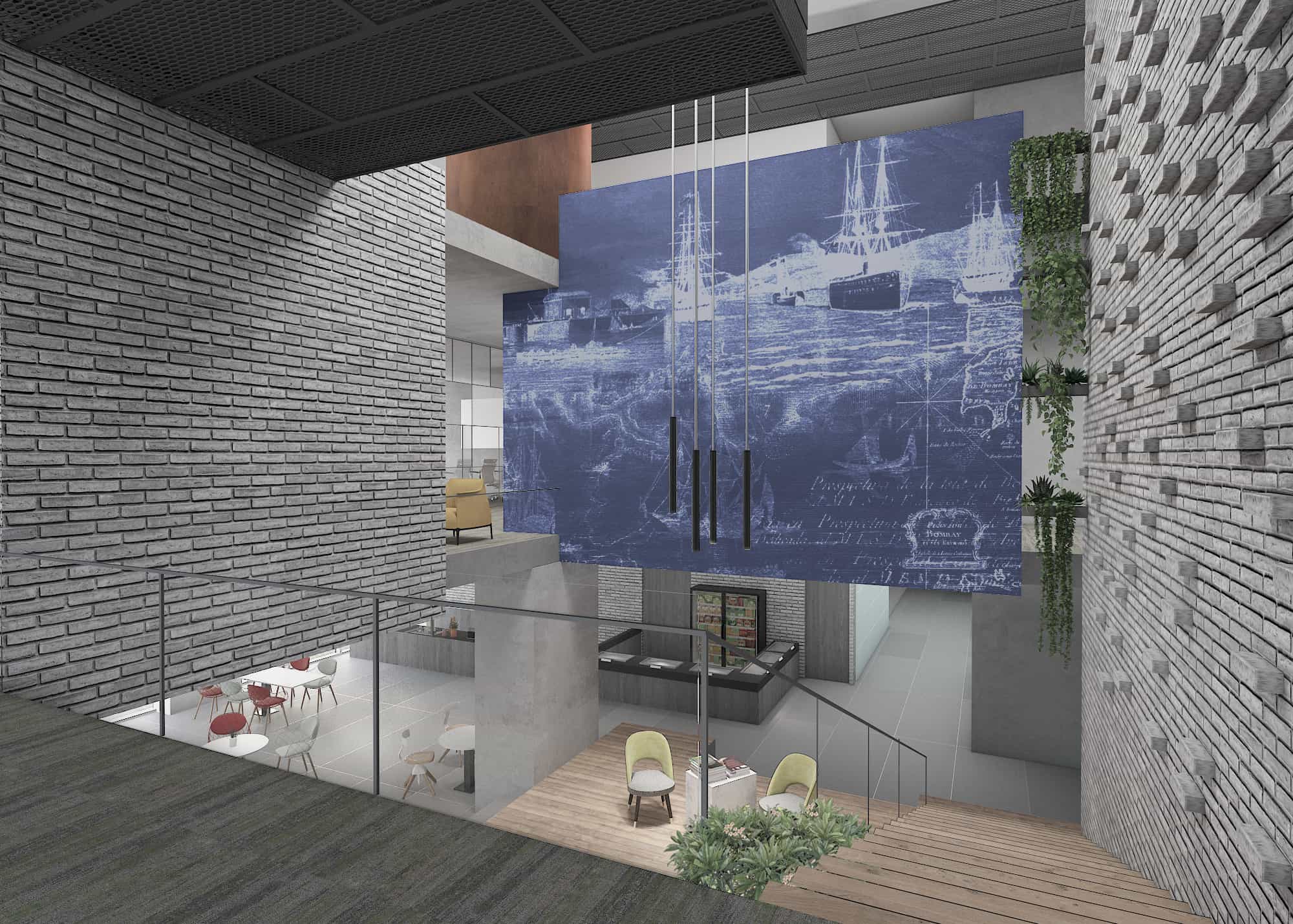 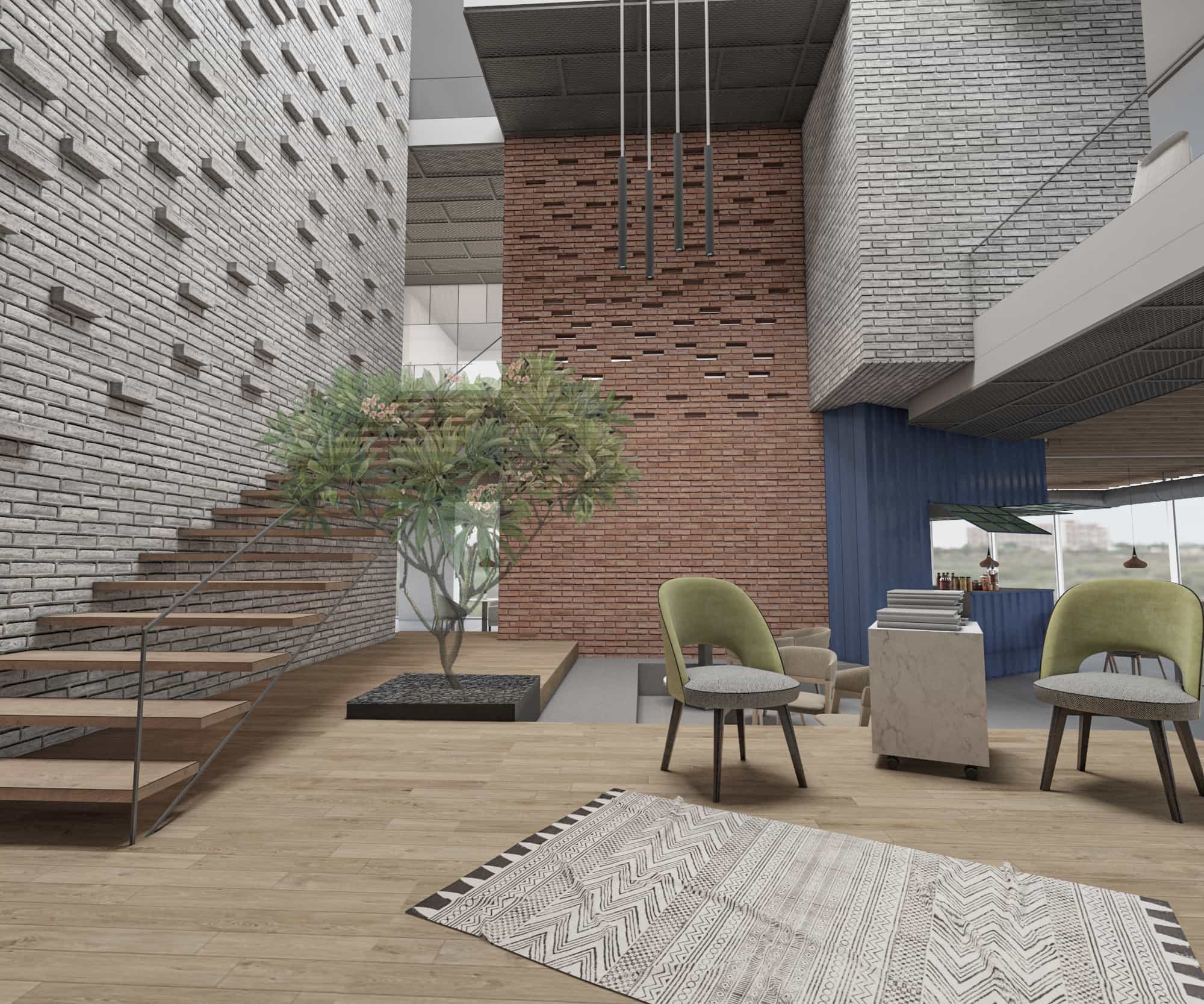 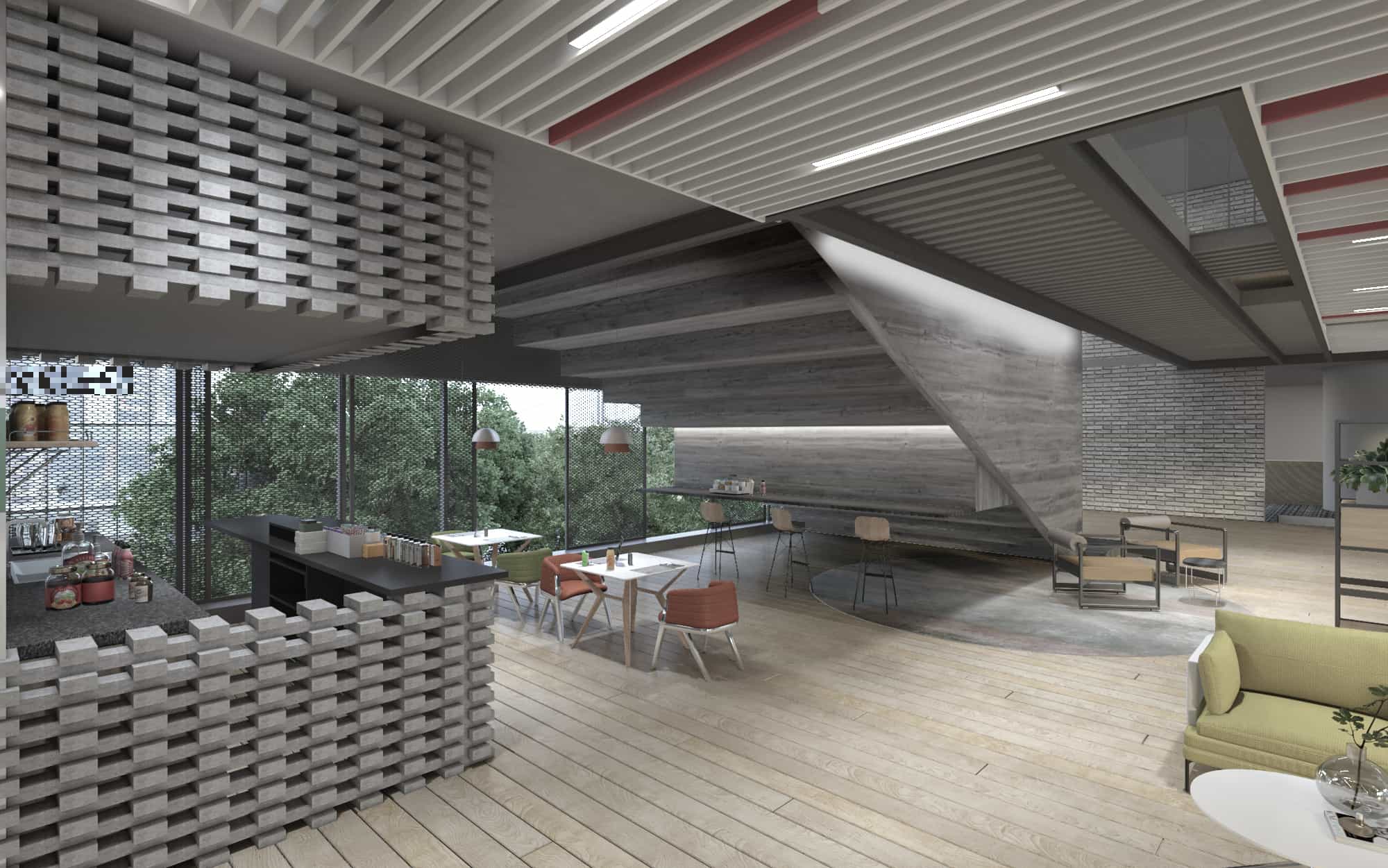 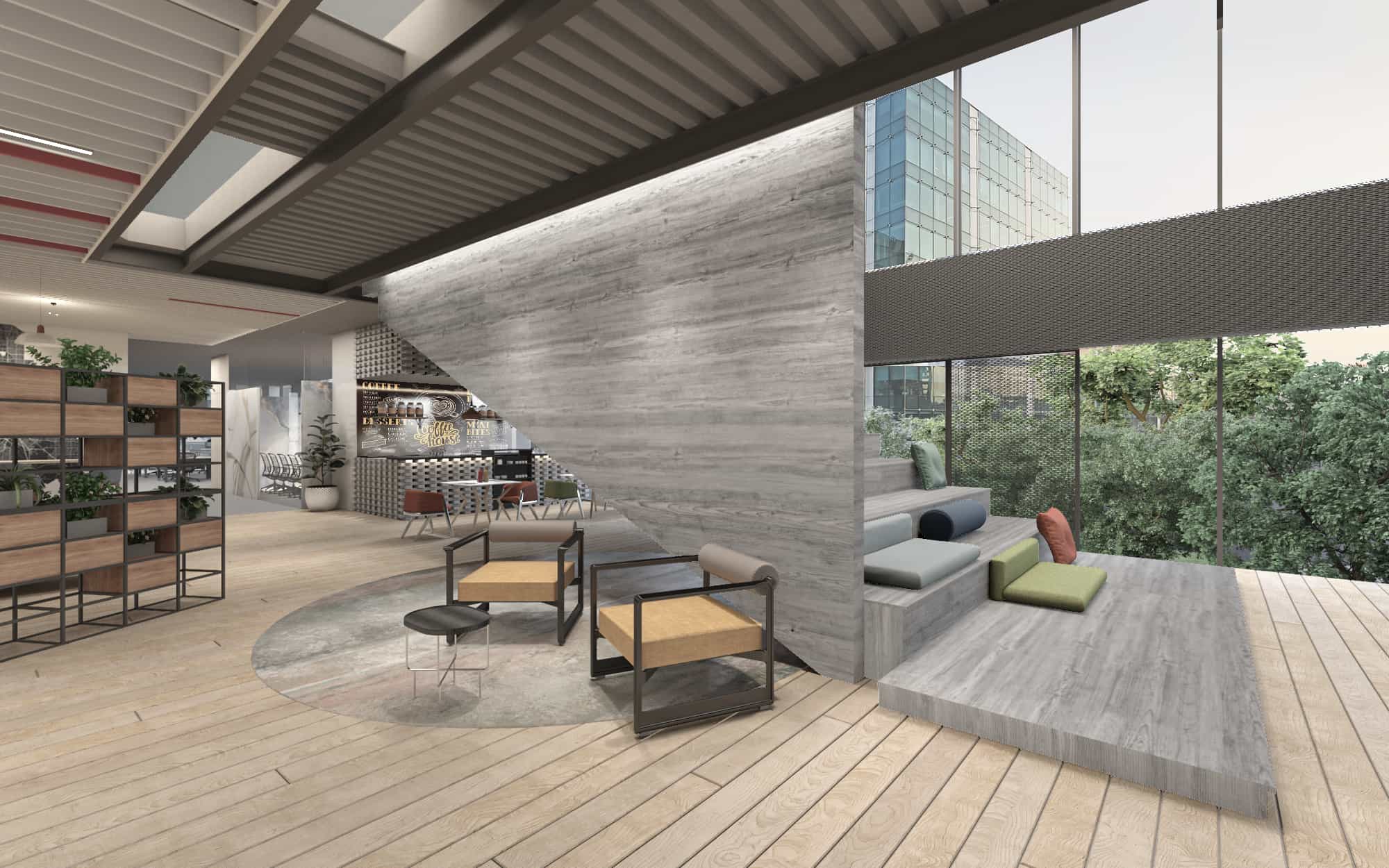 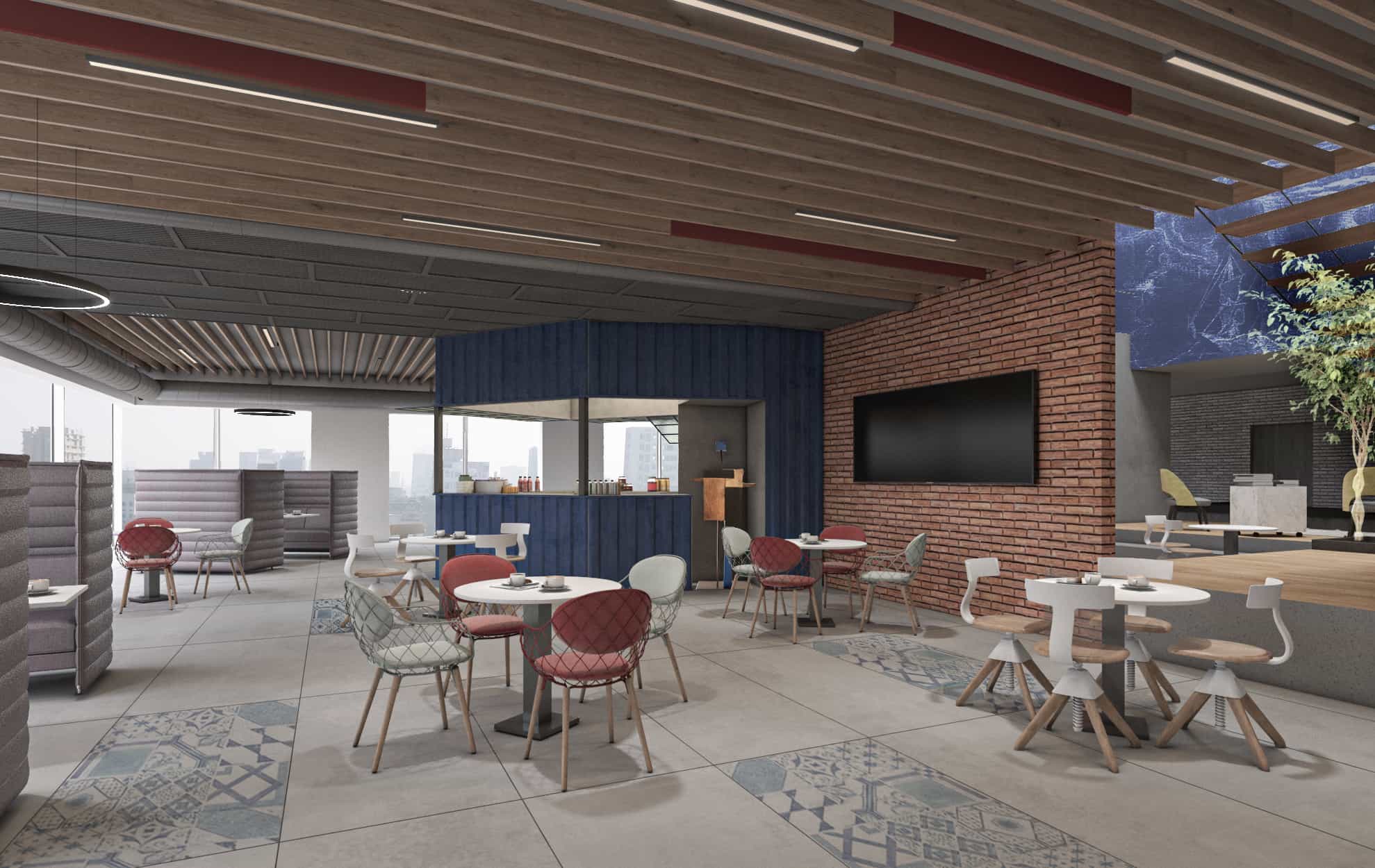 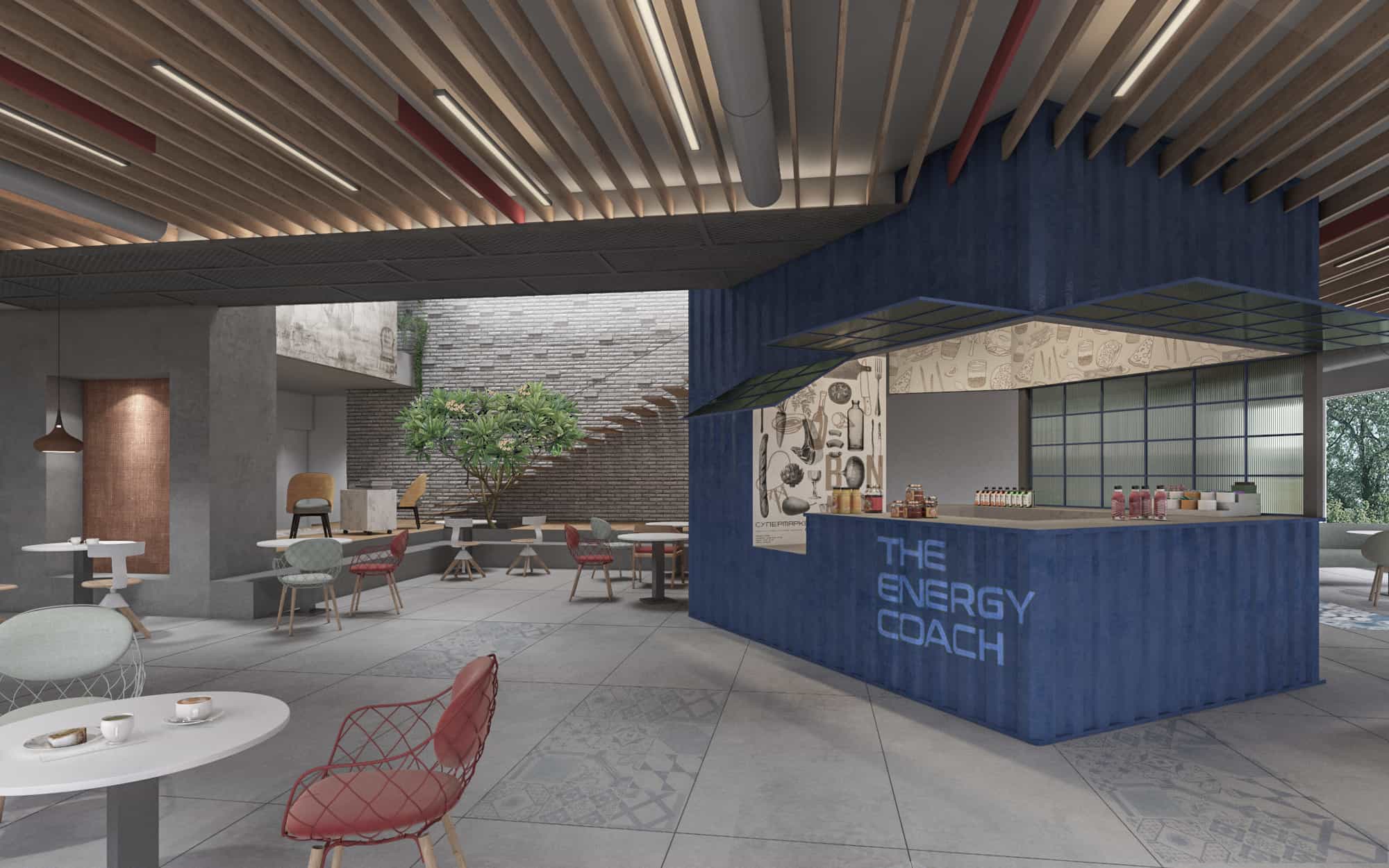 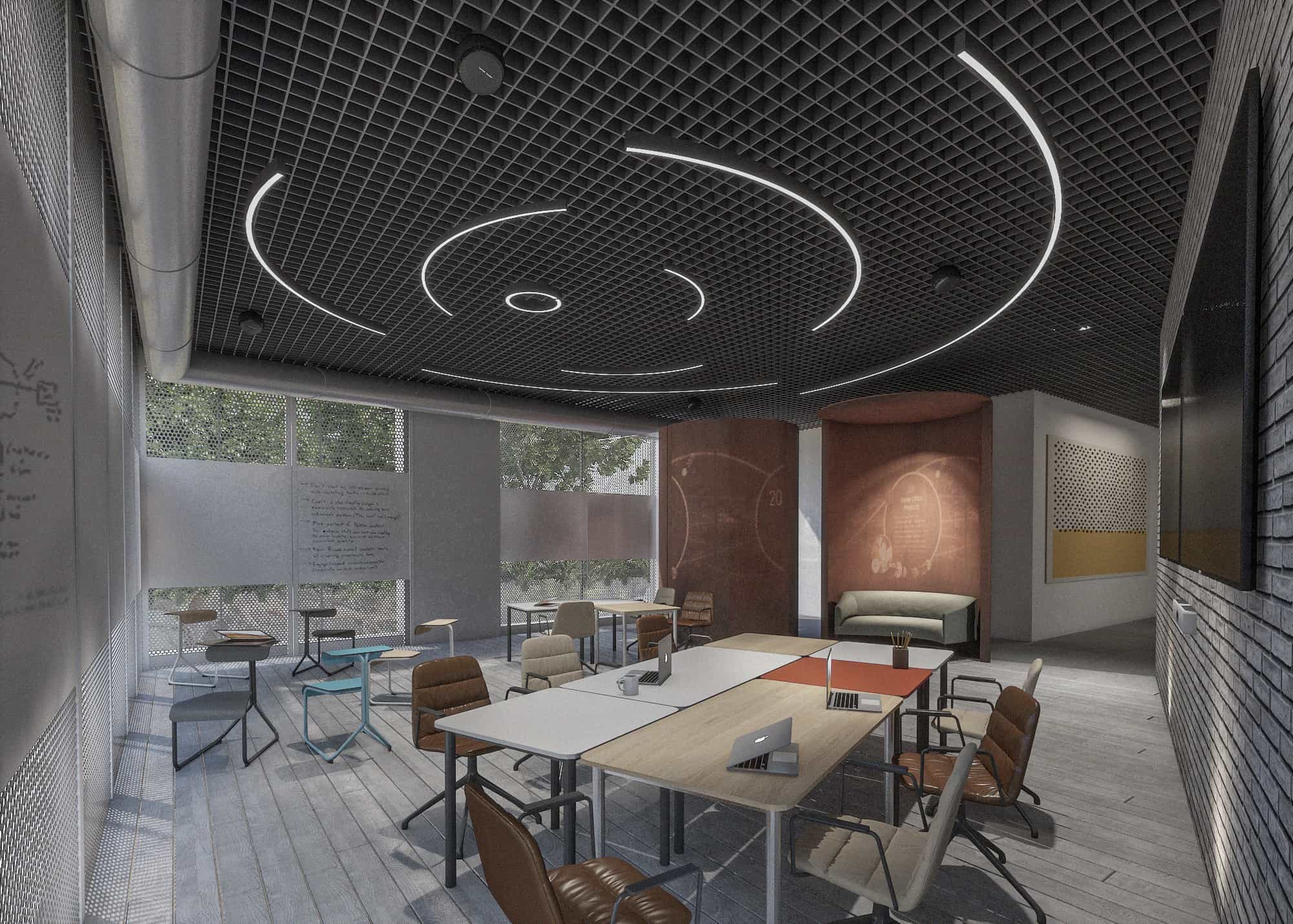 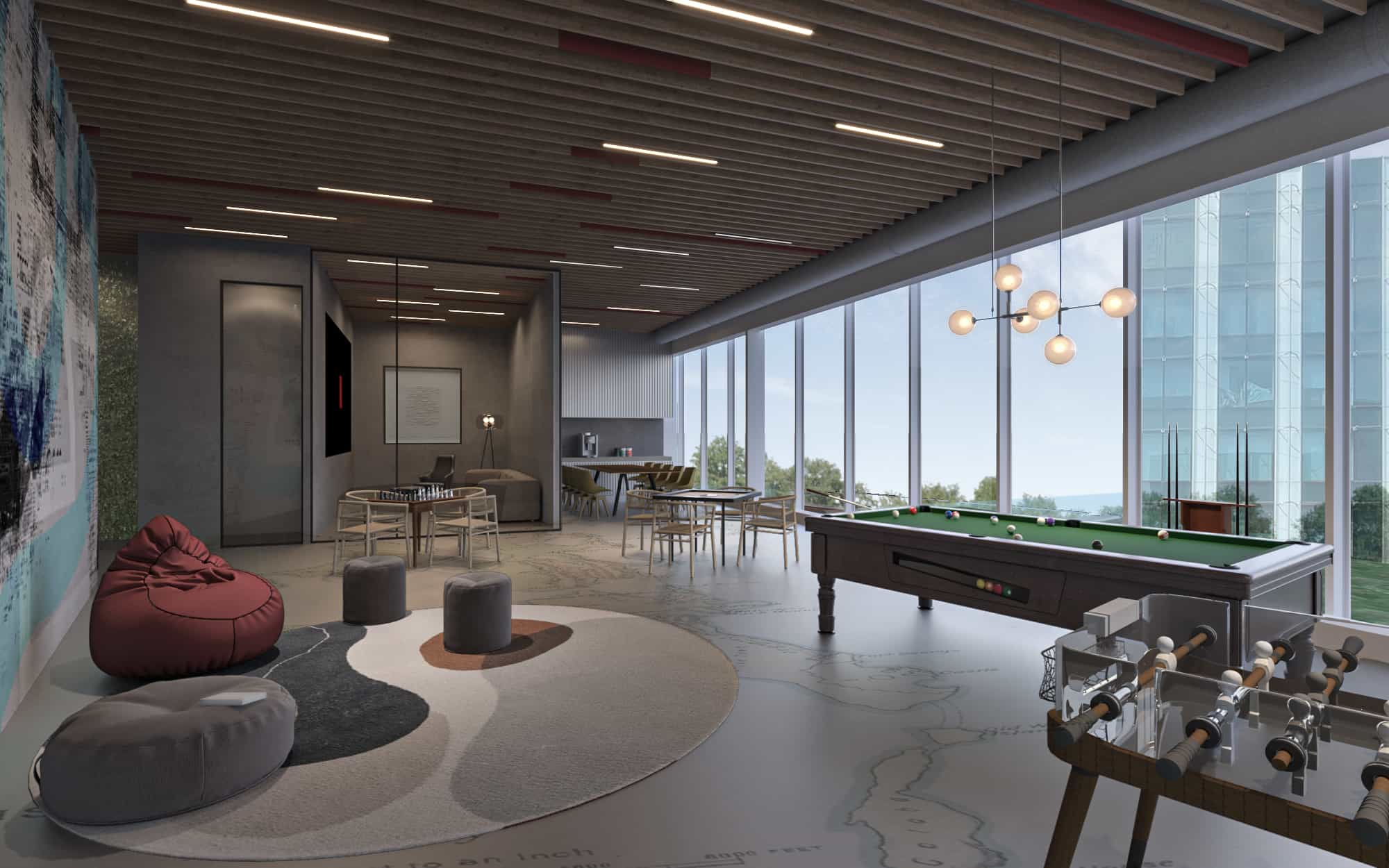 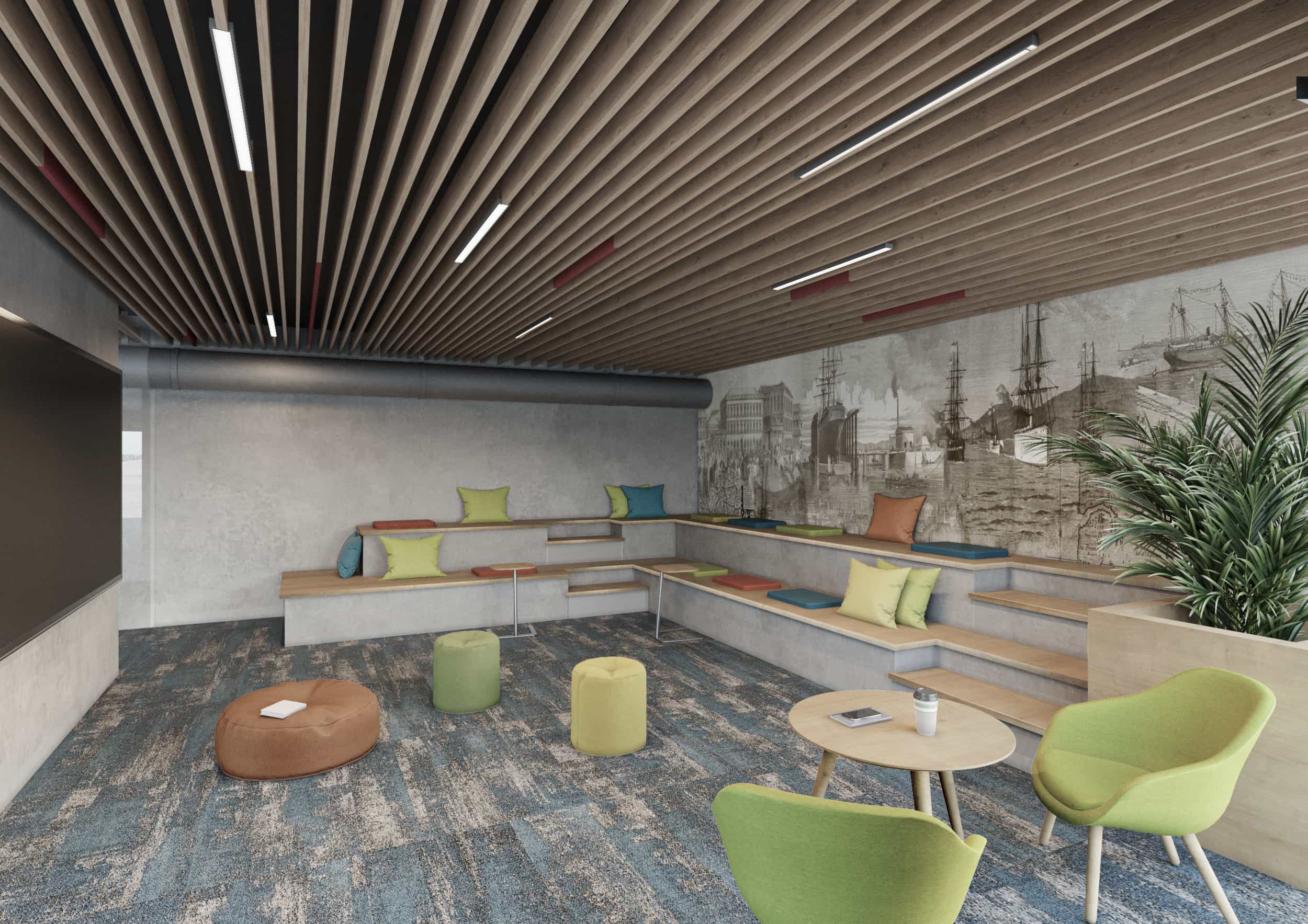 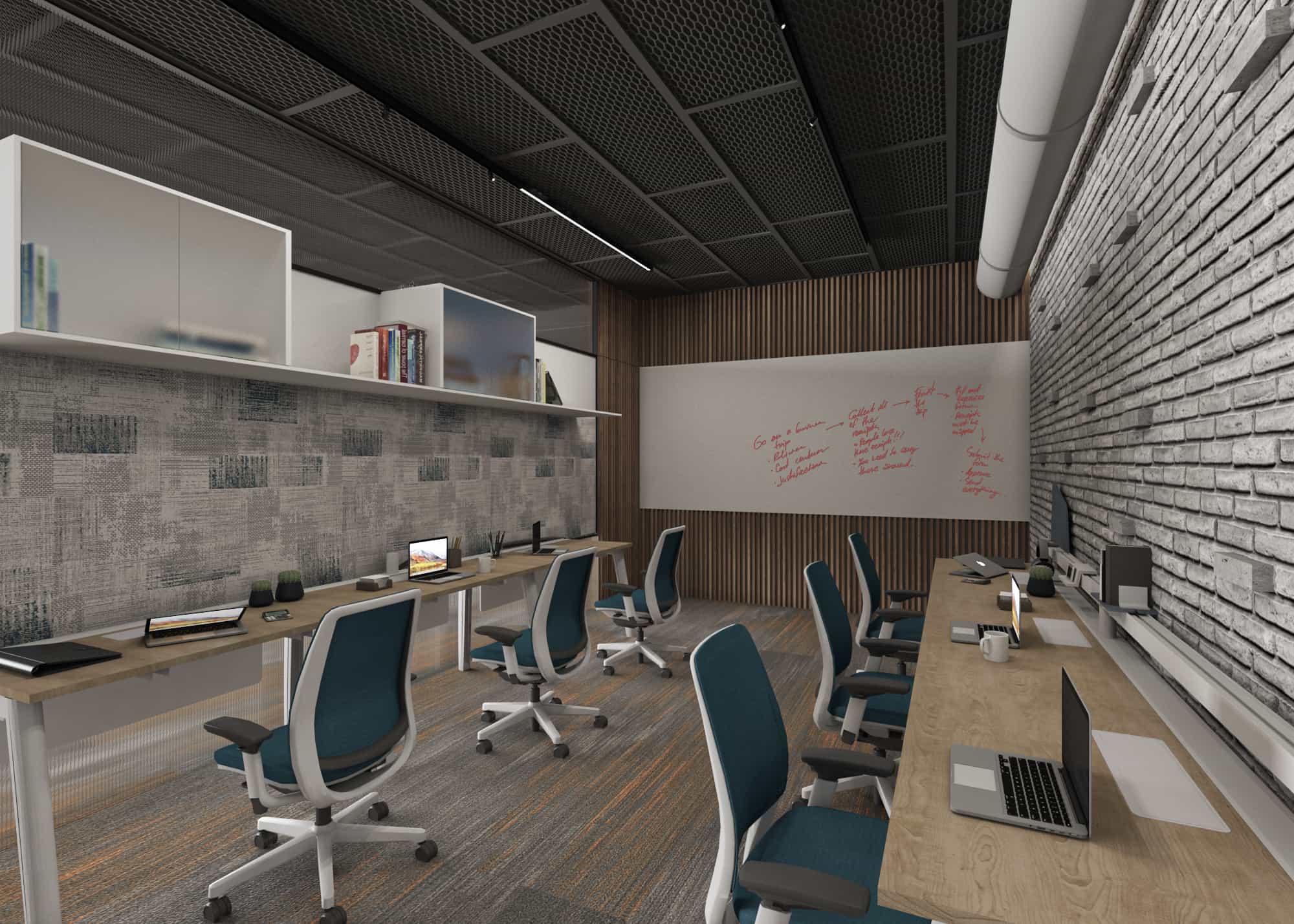 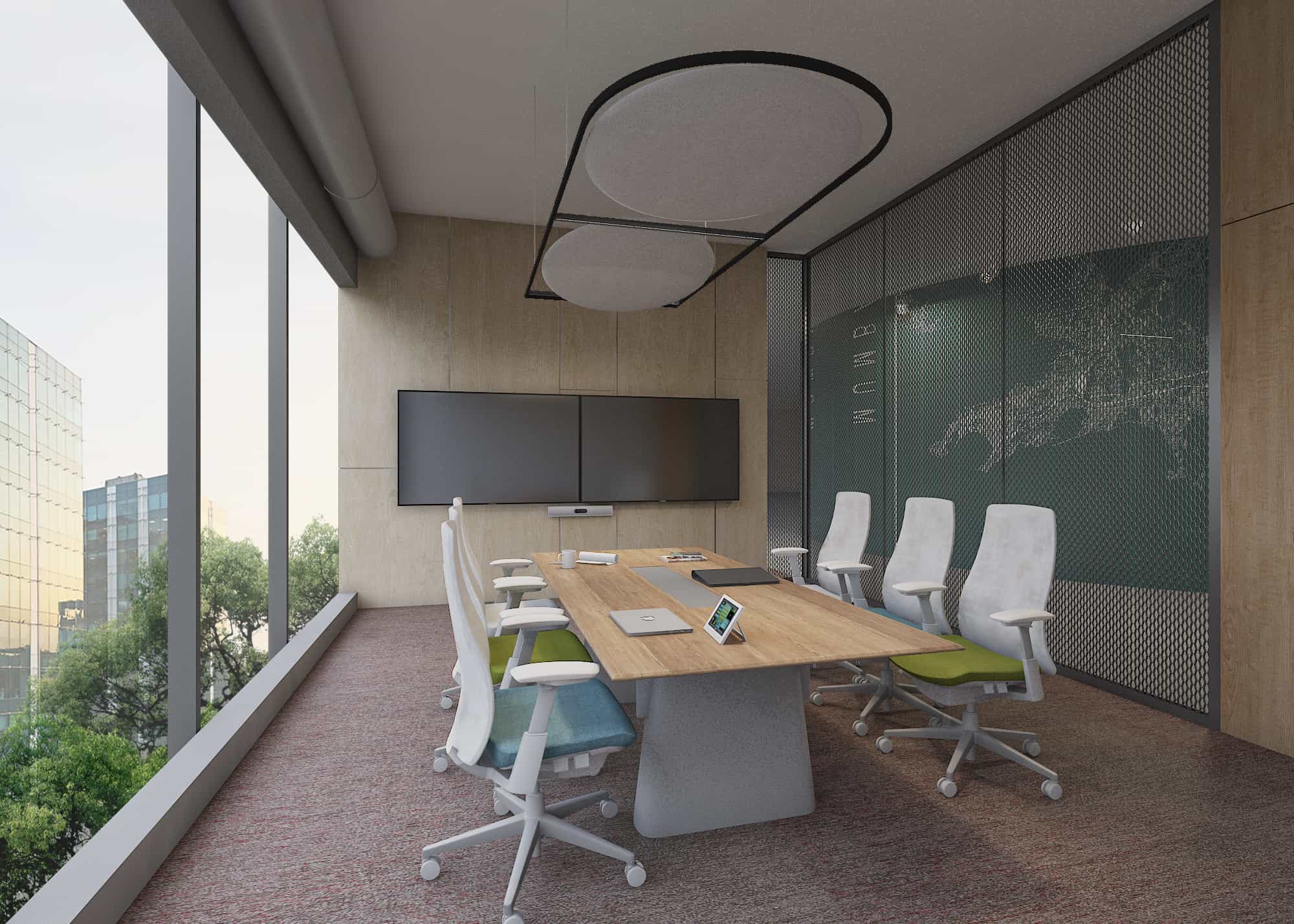 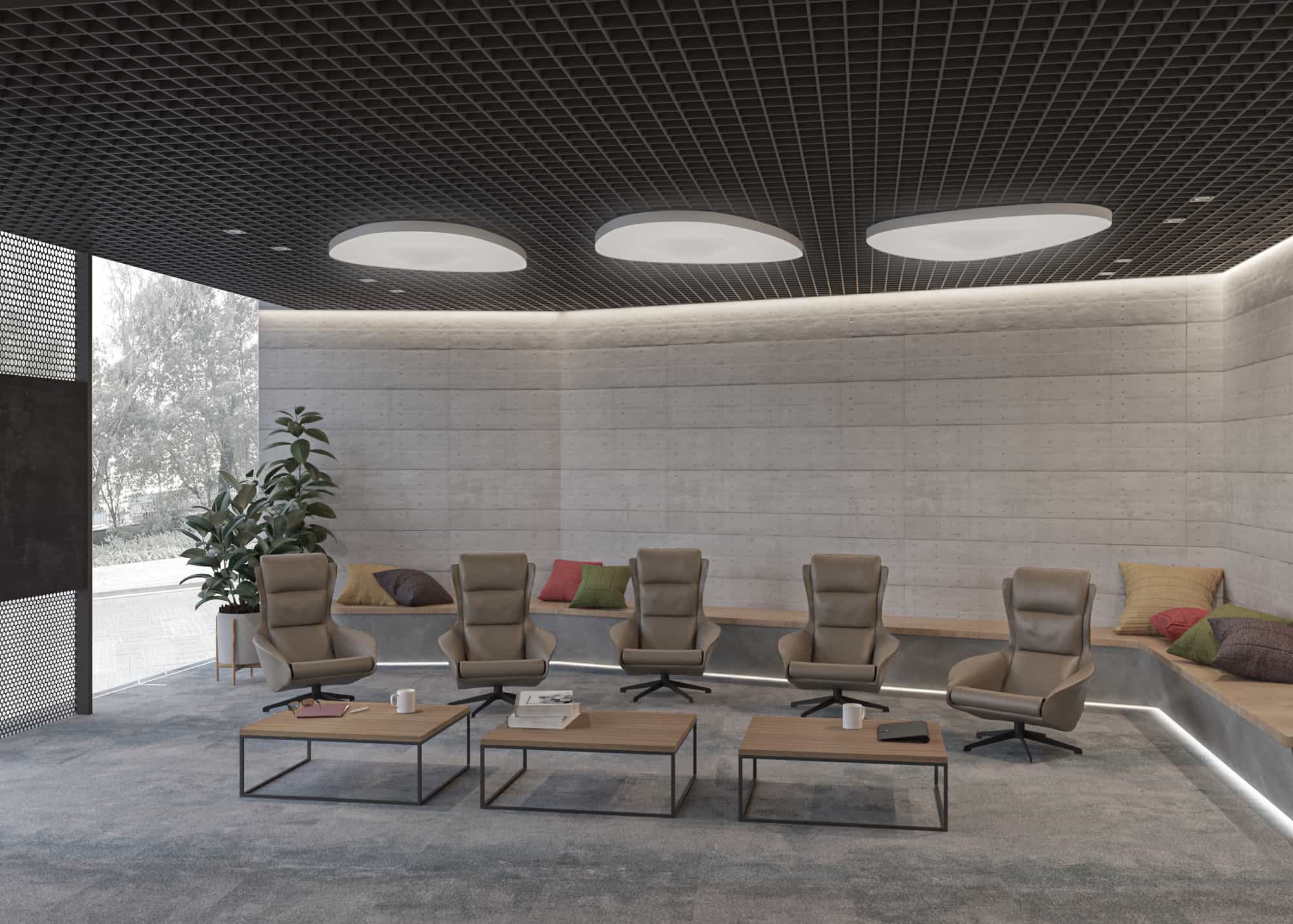 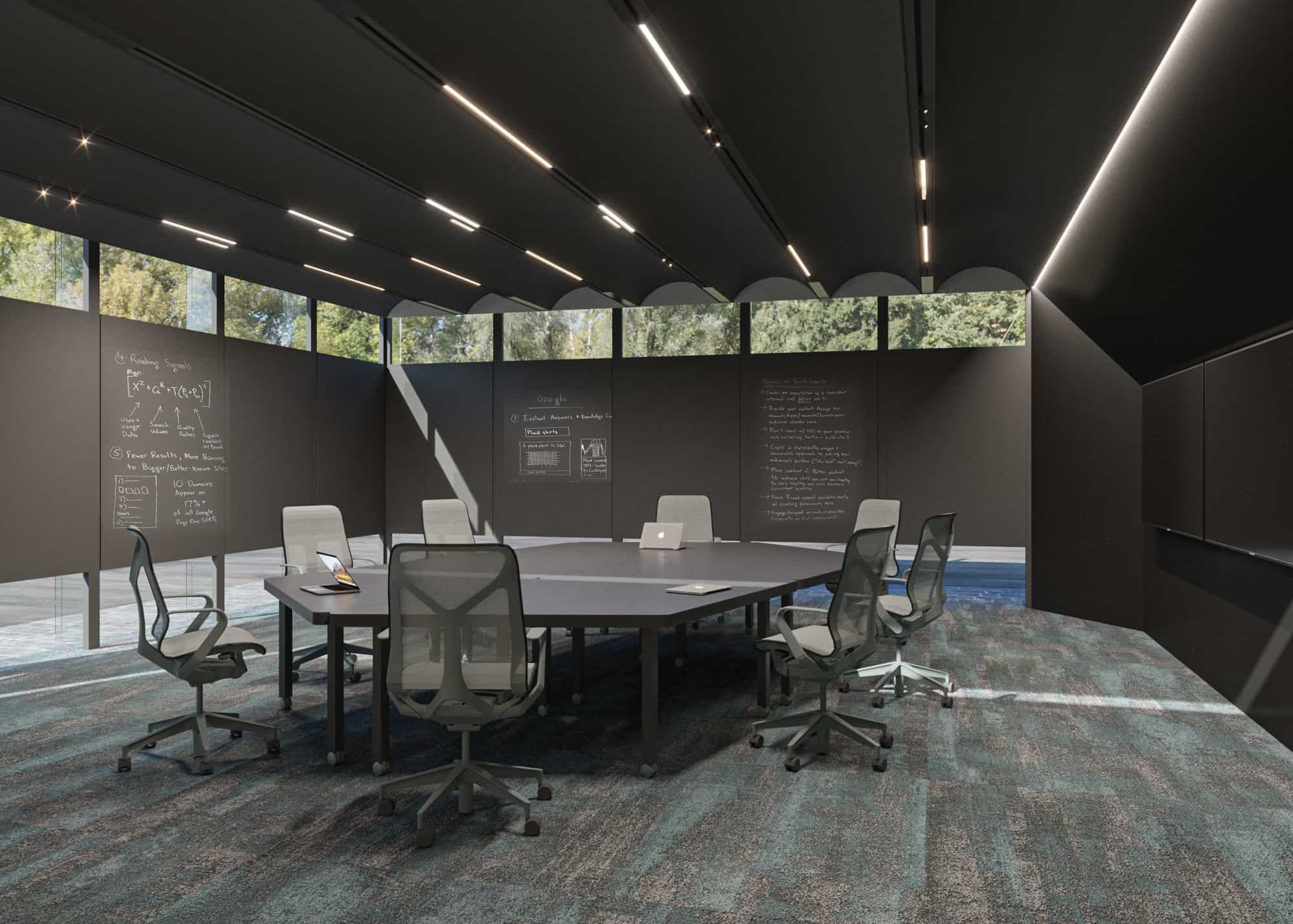 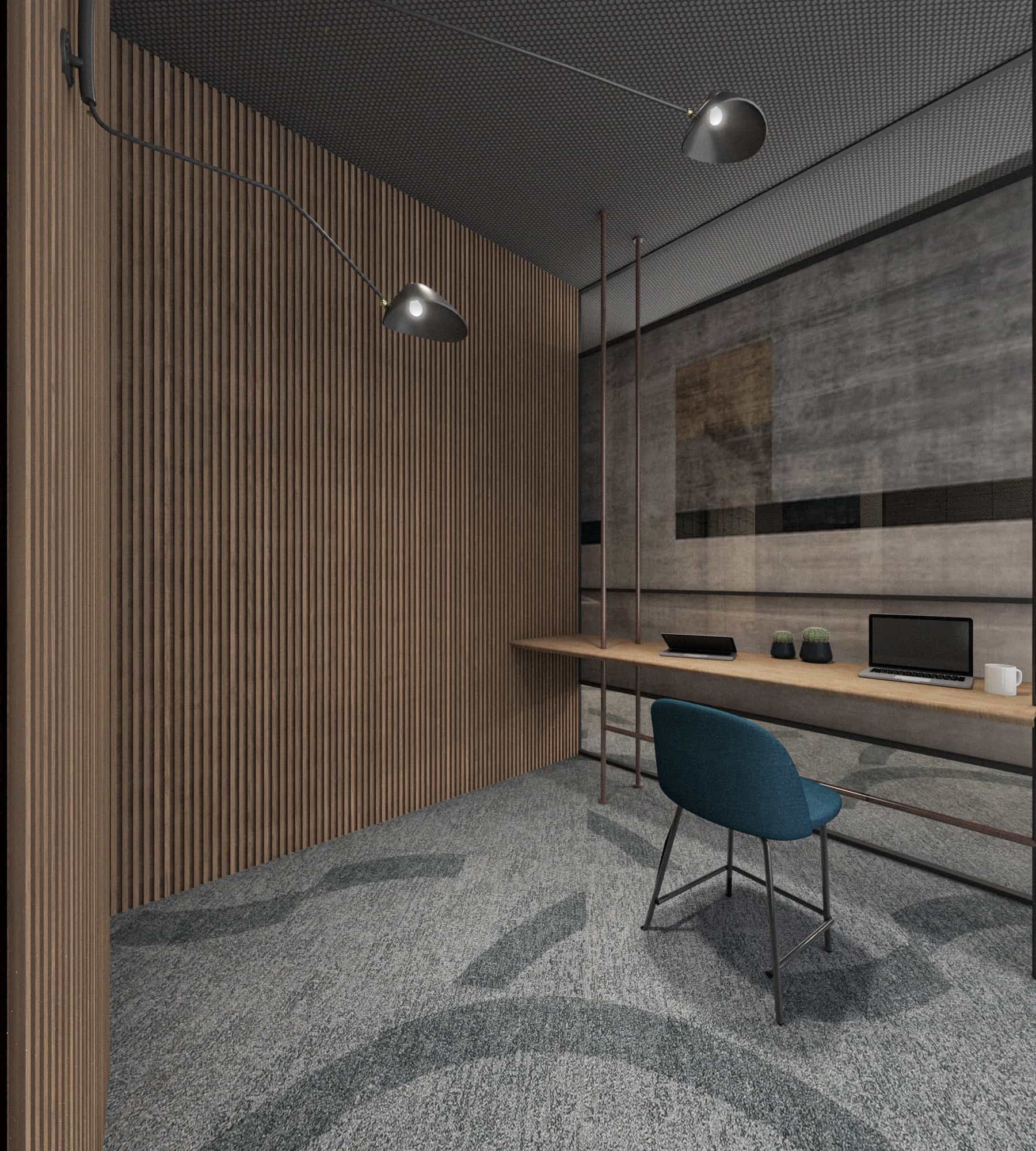 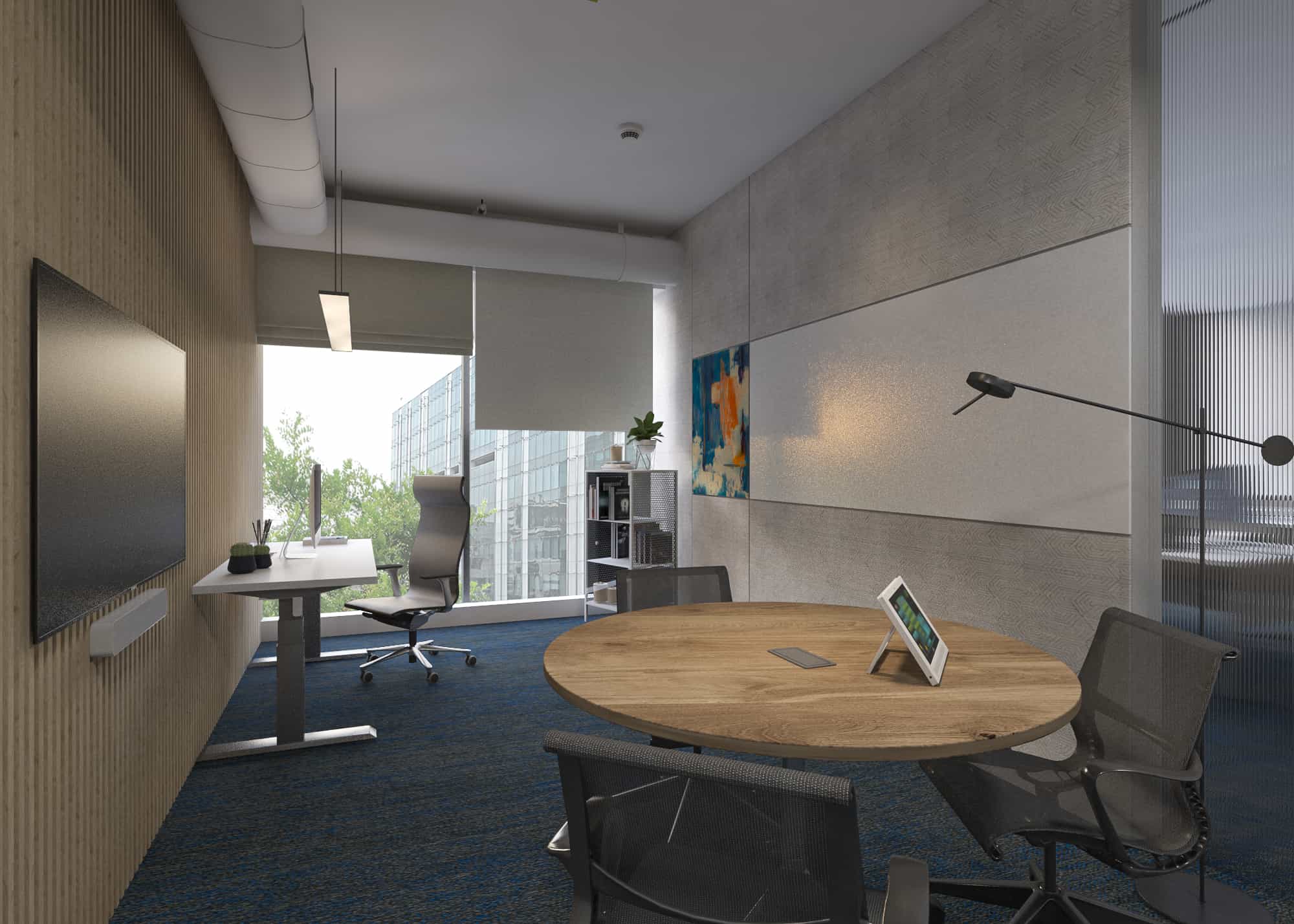 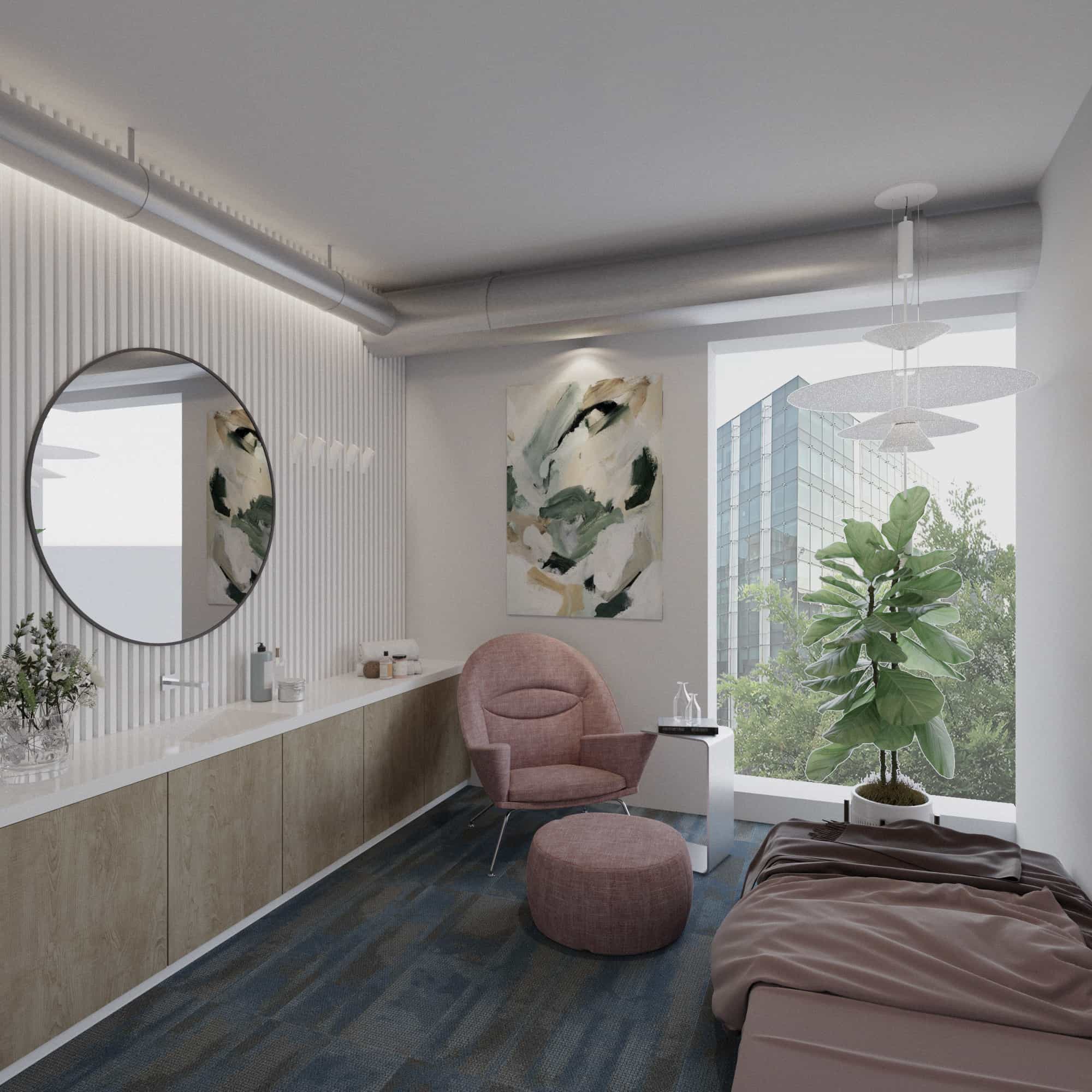 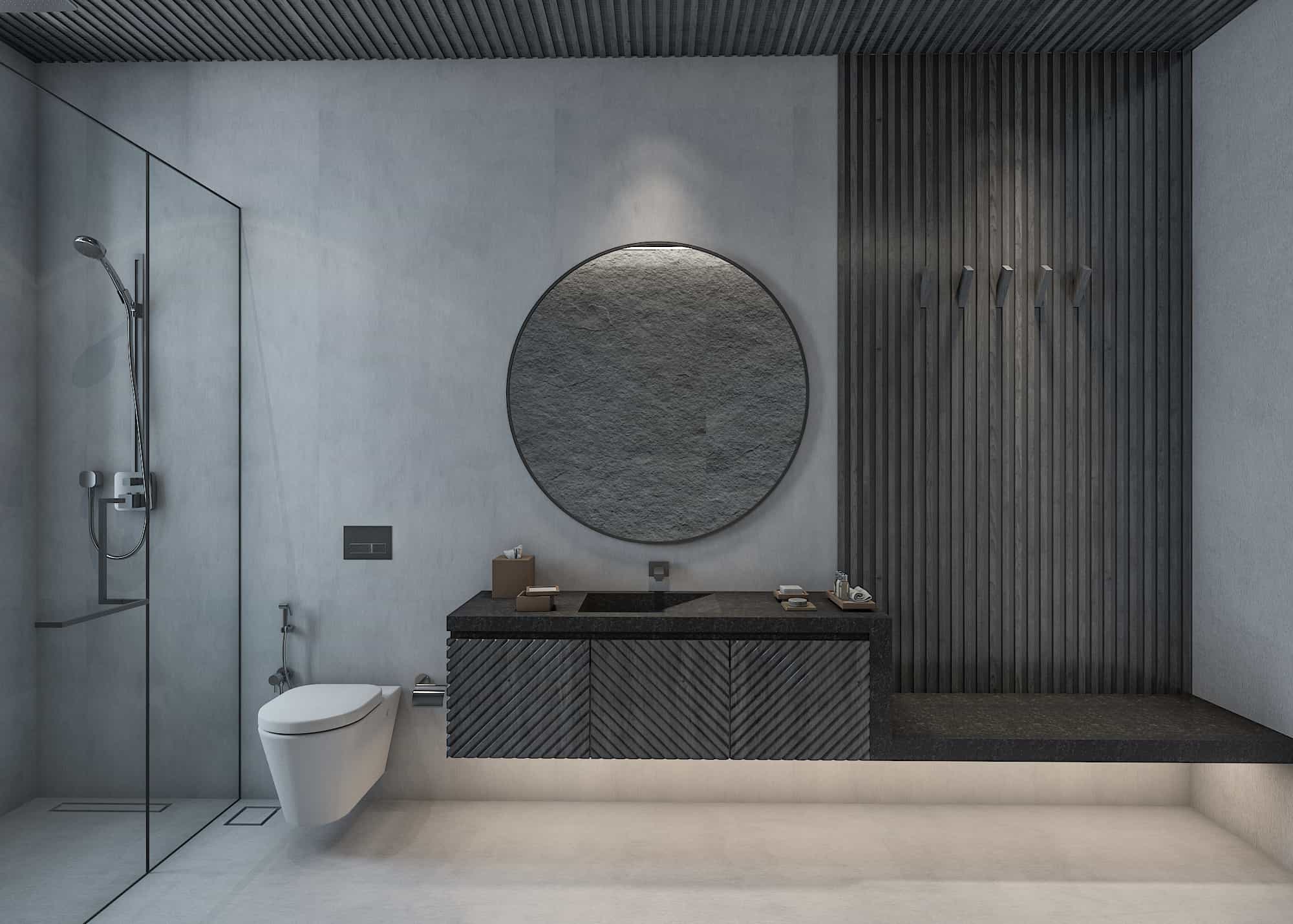 The word “Environment “ or “campus” replaces the conventional “office”

The simple shift ignites a meaningful conversation about the organizational frameworks and particularities of BCG’s attitudes and work flows as well as critically reimagining the space within which it can thrive. The simultaneous shift in thought towards evaluating the stratified and fragmented space implied within the designated full and partial floor plates of Tower 2 @ Maker Maxity as “Architectural ground allow us to also induct the immediate surroundings, the wider City with its diverse social, economic, industrial, and architectural history into the process. The notion of regional context is made possible by BCG’s philosophy of non-adherence to a generic global identity.

The integrated campus becomes a plausible reality through a series of salient operations derived from Traditional Indian planning devices.

a) The Mandala: The square grid floor plates echo the 9 square diagram of the Mandala. A full floor plate consists of 2 connected “Mandalas”.

b) The stepwell + Street : A 3 dimensional stepped street slices through the floors, connecting different spaces and is interspersed with communal areas. The notion of the ‘street ‘continues into the workspaces, shifting away from generic corridors towards the fluidity and coherence of an articulated architectural ground.

c) Vertical Courtyards : The centers of the Mandalas have been cut away to create interconnected flexible courtyard spaces around which this work and communal spaces have been configured.

The independently accessible double level lobby and visitor interface areas are organized around a ‘skylit’ circular courtyard sheltered by the truncated cone that slices through the campus, echoing Bombay’s industrial past.

Low impact, sustainable materials (brick / stone/ terrazzo ) ,large textured walls, etched and cast graphics and a fluid arrangement of rooms and pre-function spaces speak of a certain ethos anchored in genuine sustainability and interpretation of history, art and the implied social connections within the campus.

Sophisticated technology (MEP/ IT/ AV/ ect) merges with simple materials and strategies. The complexity and beauty comes from the re-interpretation of each subject and the hybridities that form through their connections. The end result is a highly calibrated hypothesis . The horizontal campus as a vertical campus within an existing shell is a fairly radical gesture but is essential for a fluid, Human centric sustainable environment.

The integrity of the ‘village’ is fundamental to the space but the interpretation of this archetype through its aggregation of open workspaces, MD’s cabins meeting / cafe team rooms and phone booths/ focus rooms is distinct, as are the activated horizontal and 3 dimensional ‘street’ connections between villages. Identifying the phone booths / focus rooms as physical fulcrums lets us interpret these small areas as platonic or hybrid architectural forms around which space can bend and flow.