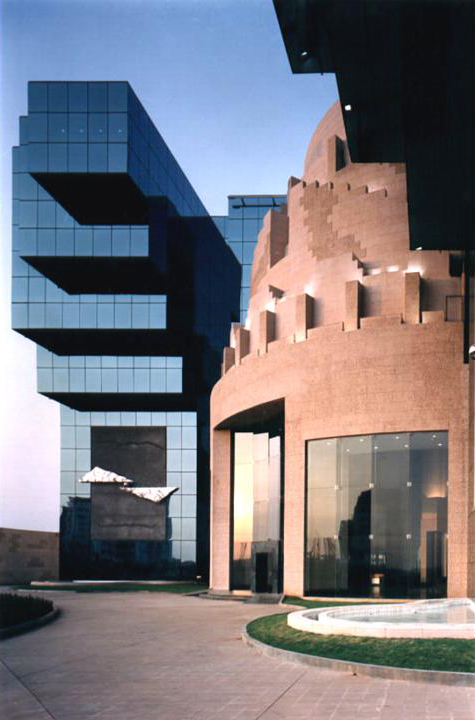 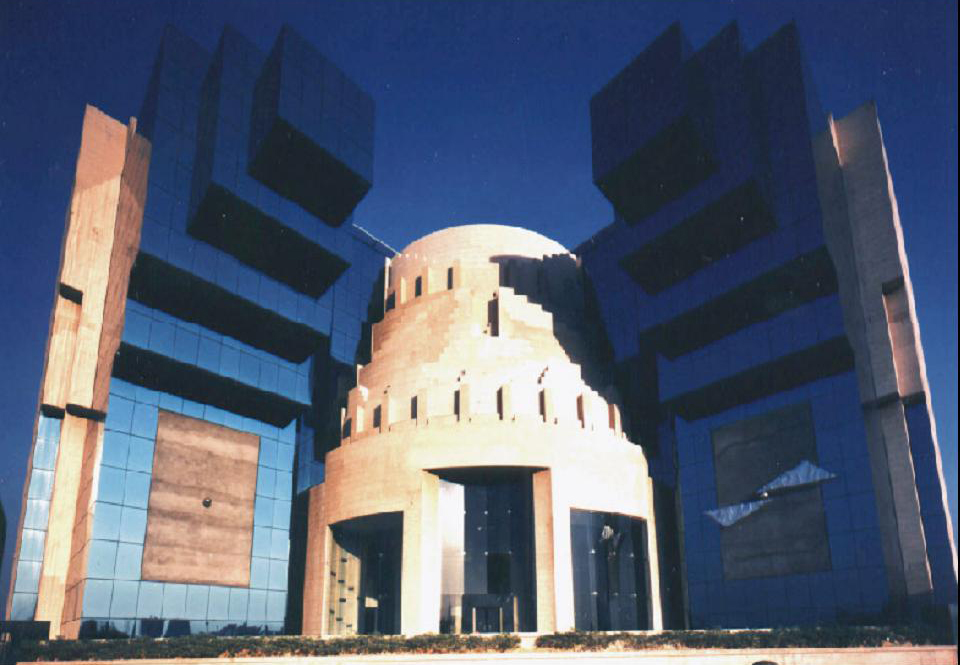 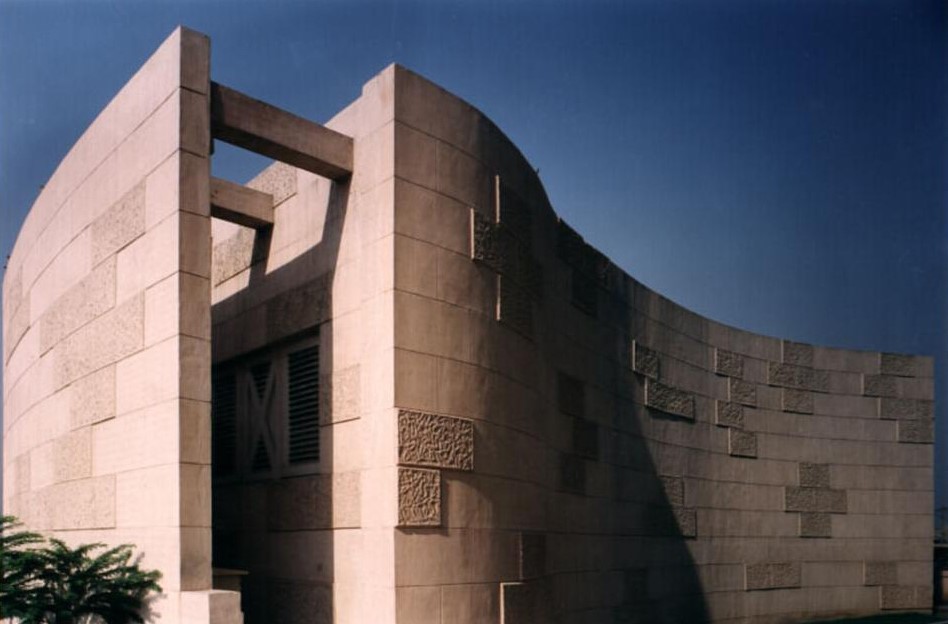 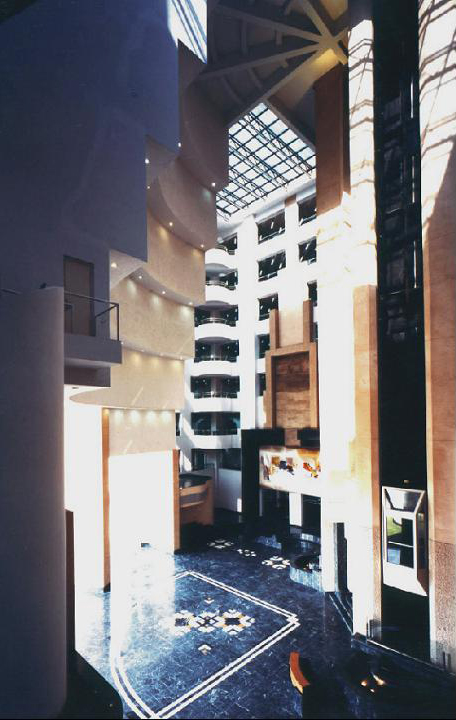 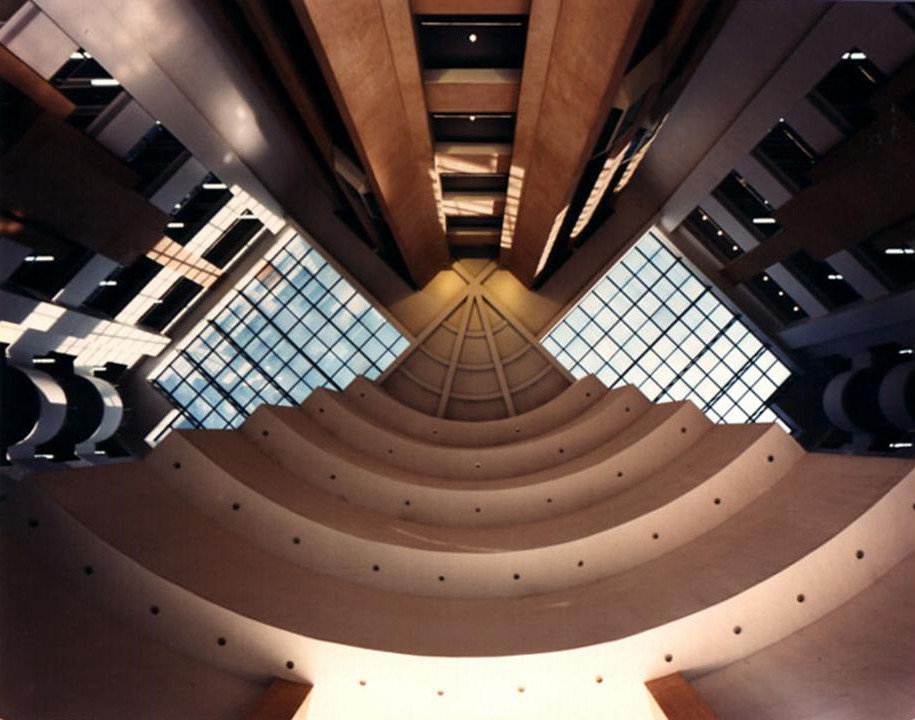 Designed as the corporate headquarters of Unit Trust of India (largest mutual fund in the East), the building was expected to symbolize the 'rock solid' image of the company that has the largest number of unit holders anywhere in the world whilst projecting the aspirations of an organization that is progressive and futuristic in its outlook.

Other factors that influenced the design were the history of Bombay, from the Buddhist rock-cut caves of Elephanta to the impressive Gothic Malad stone colonial buildings and edifices. Combined with these was my own experiment and foray into looking 'inward' and spiritual discovery following the path and tenets laid down by the yogis.

The building form was generated from the concept of reliability and security (client brief) and is represented by the two outstretched arms, bent at the elbows (office areas) holding between them the atrium space.

The two cantilevered arms are pristine glass prisms that part and reveal the curved 'malad' crete (stone) wall that enfolds the atrium. This textured and stepped back textured wall reflects the changing angles of the sun and consequently reflects itself into the surrounding glass, creating a sense of movement through the day as well as subtly symbolizing the philosophy of an object reflecting into self, searching and enquiring and constantly in motion.

The two flanking glass prisms finally end by dipping into pools of water signifying both fusion as well as reflectance. The atrium ceiling is conceived of as both an originating and a culmination point from where the entire structure begins and cascades down. This again derives from vedantic philosophy of a single source from which all matter originates.