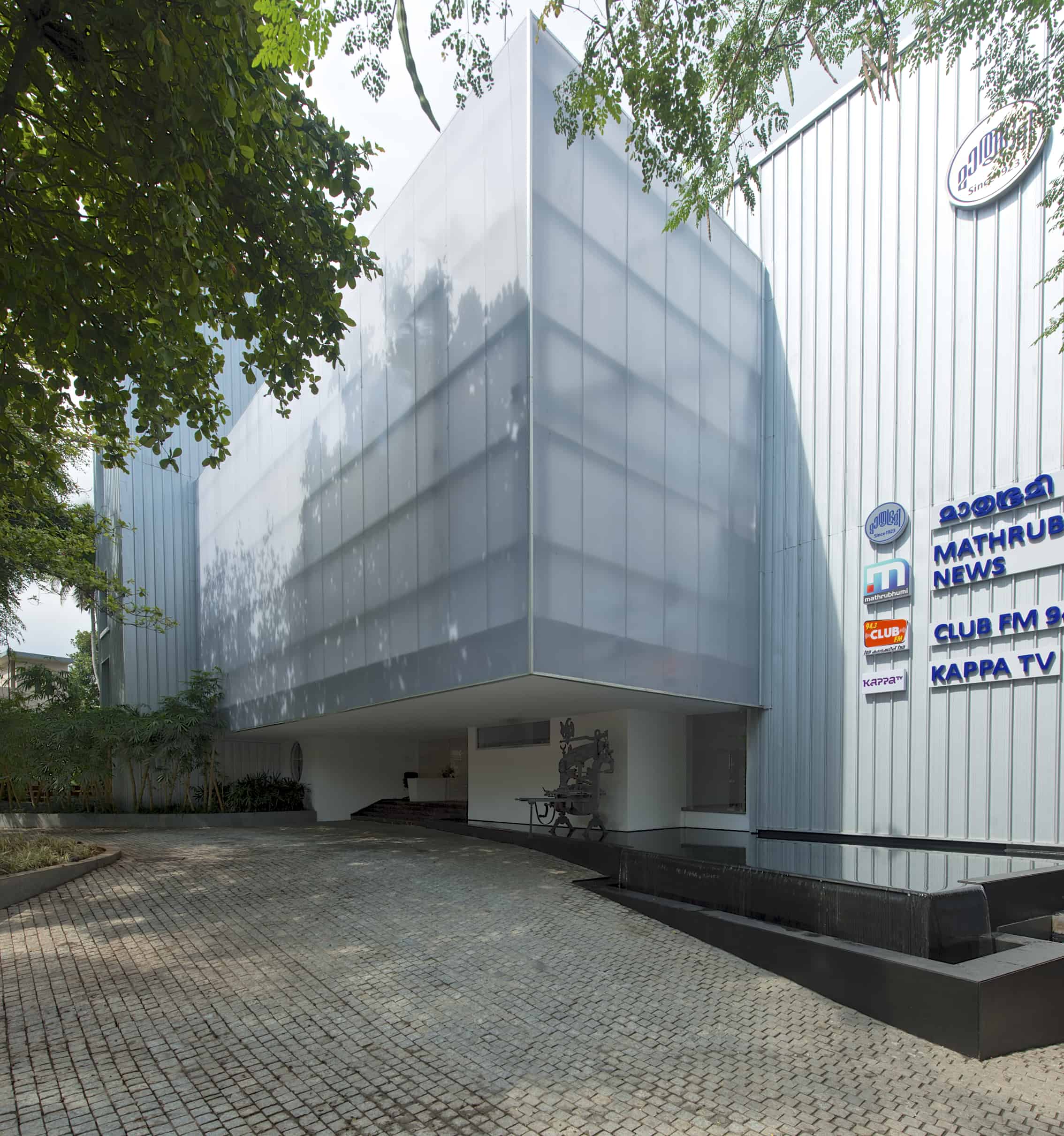 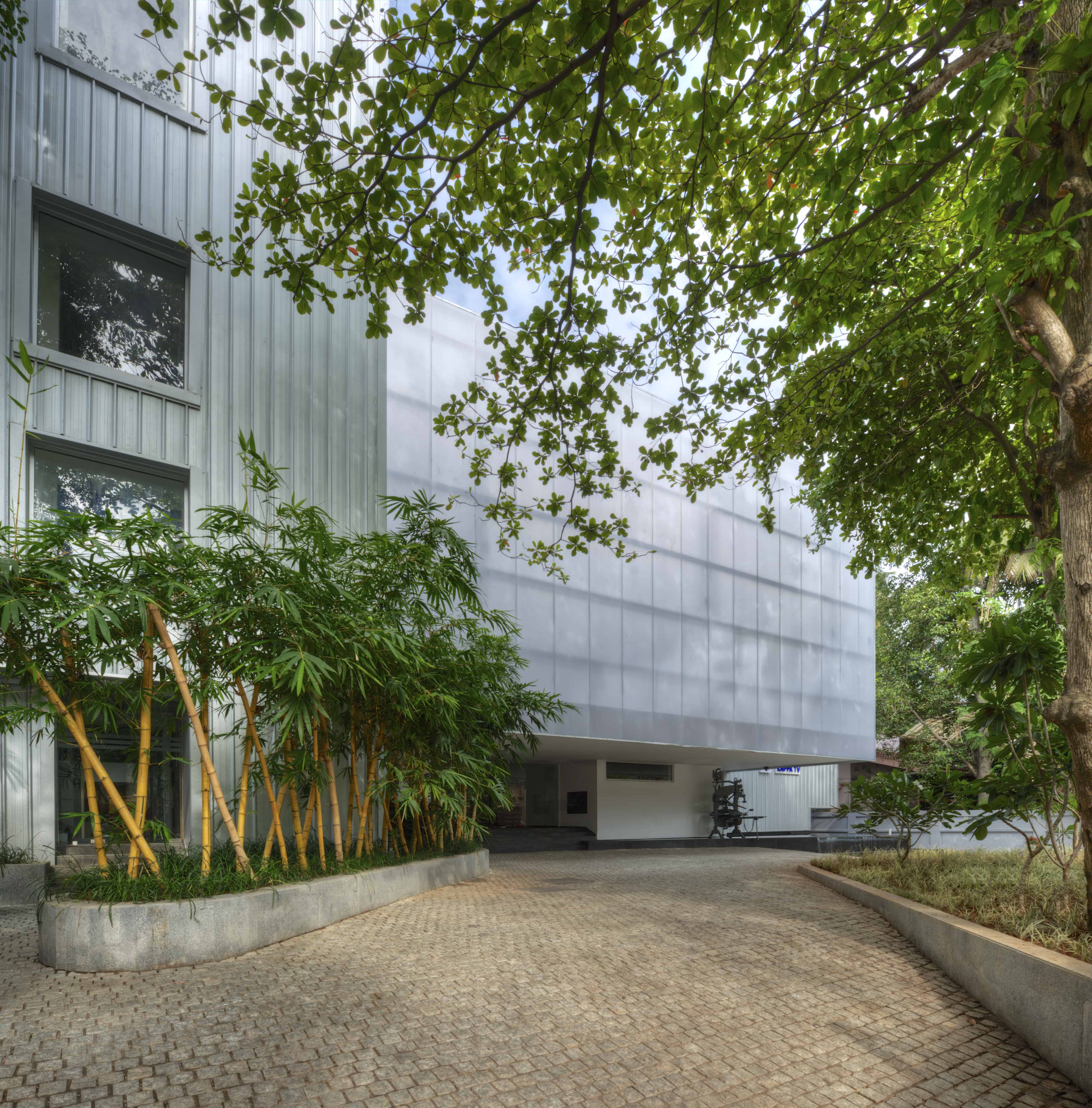 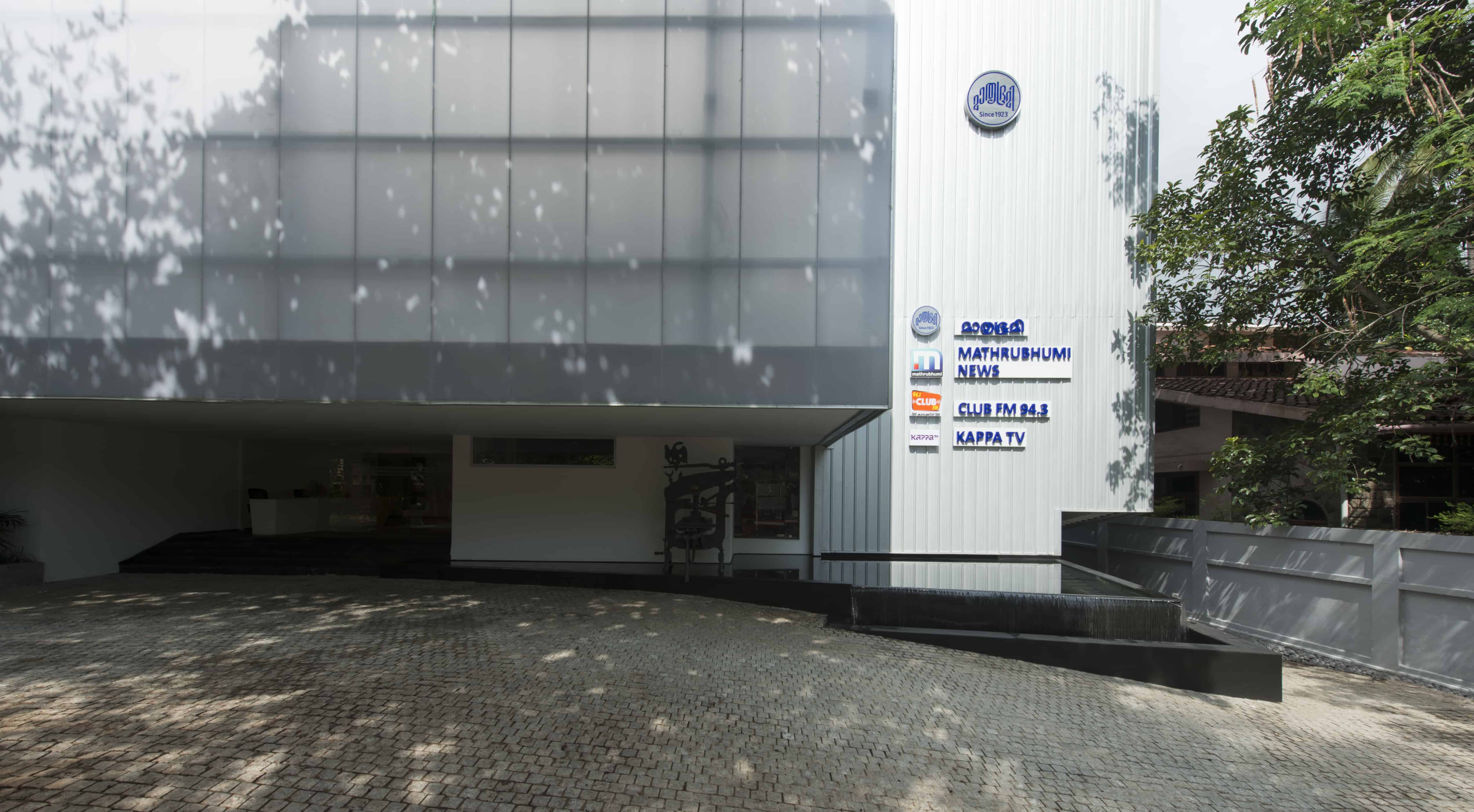 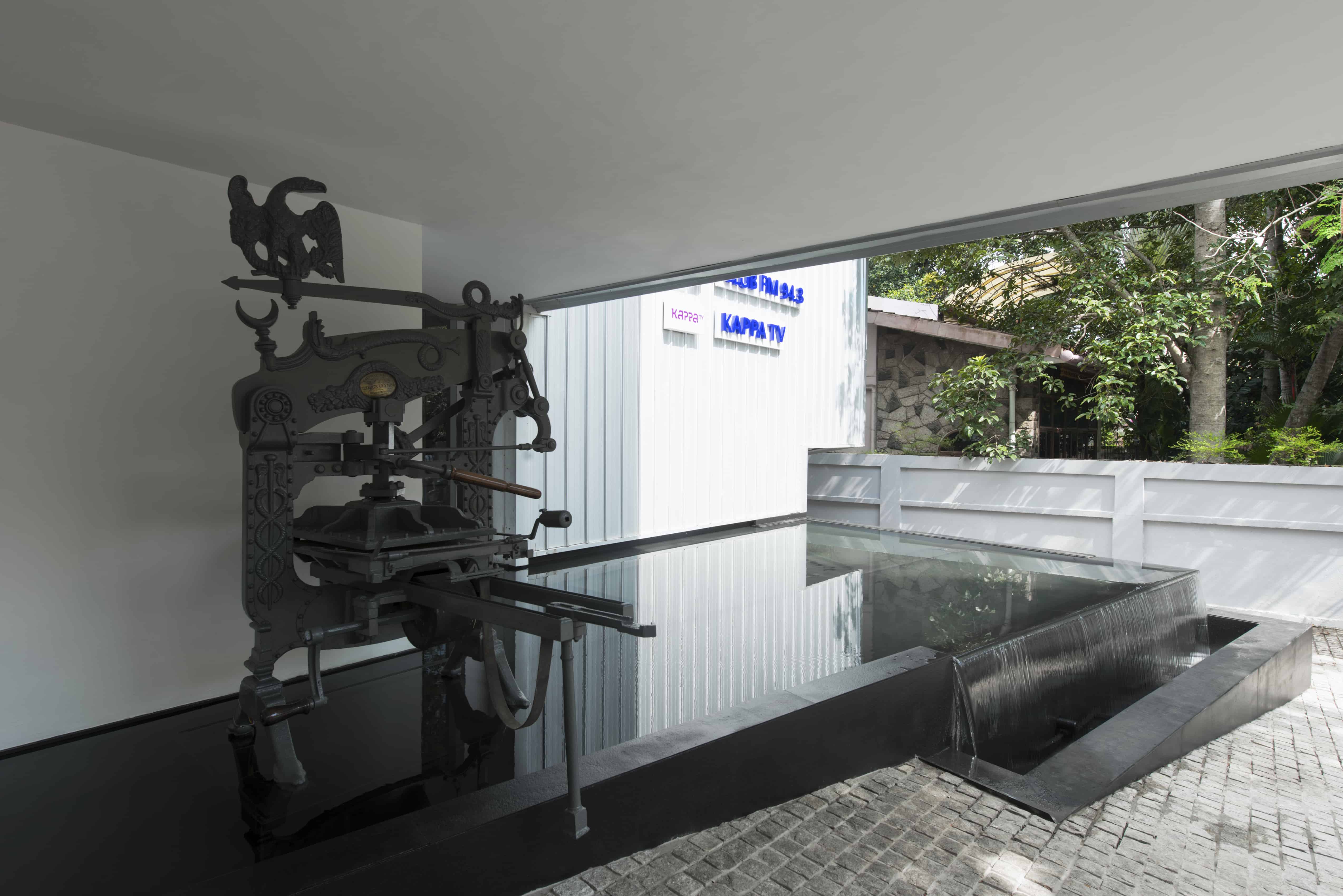 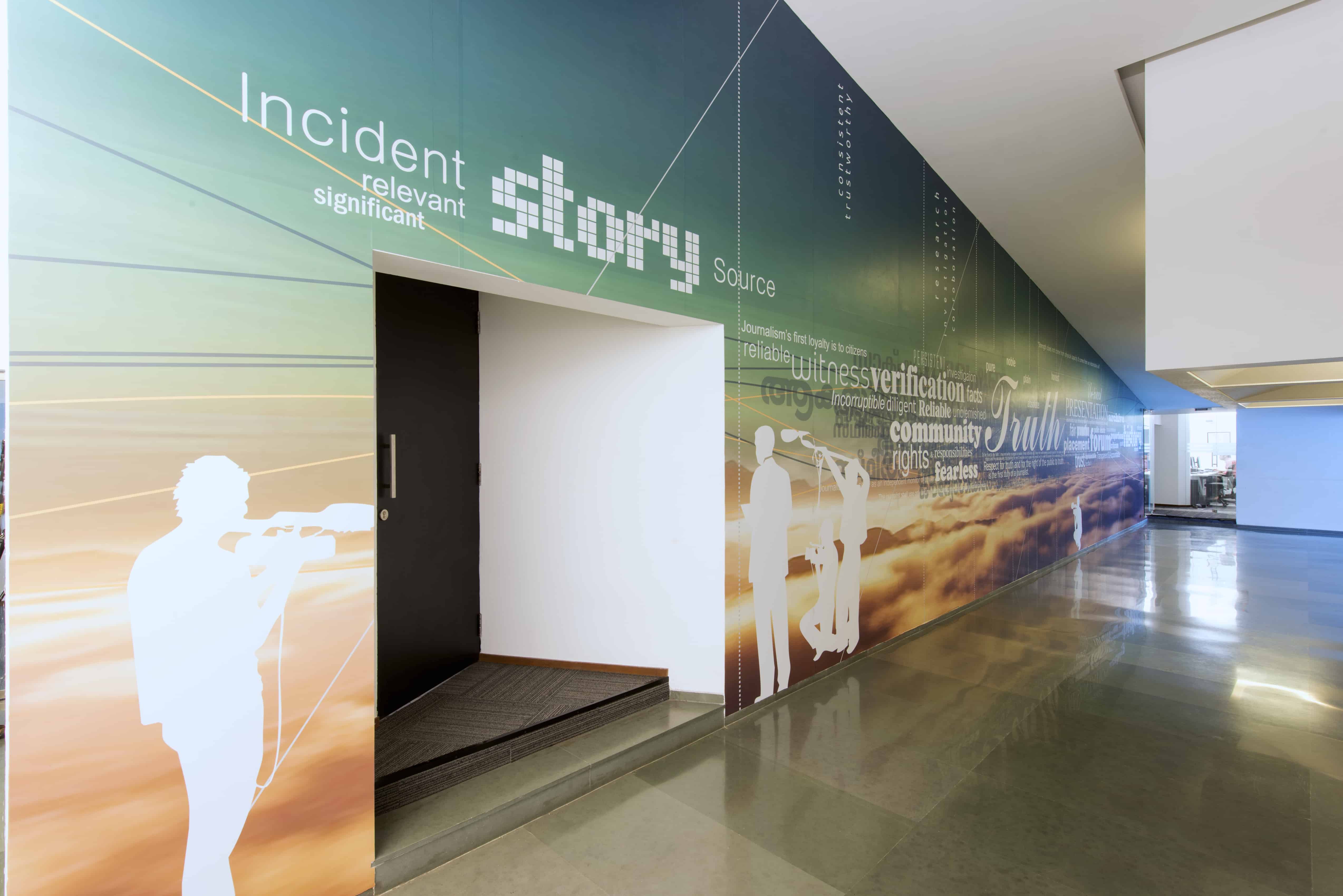 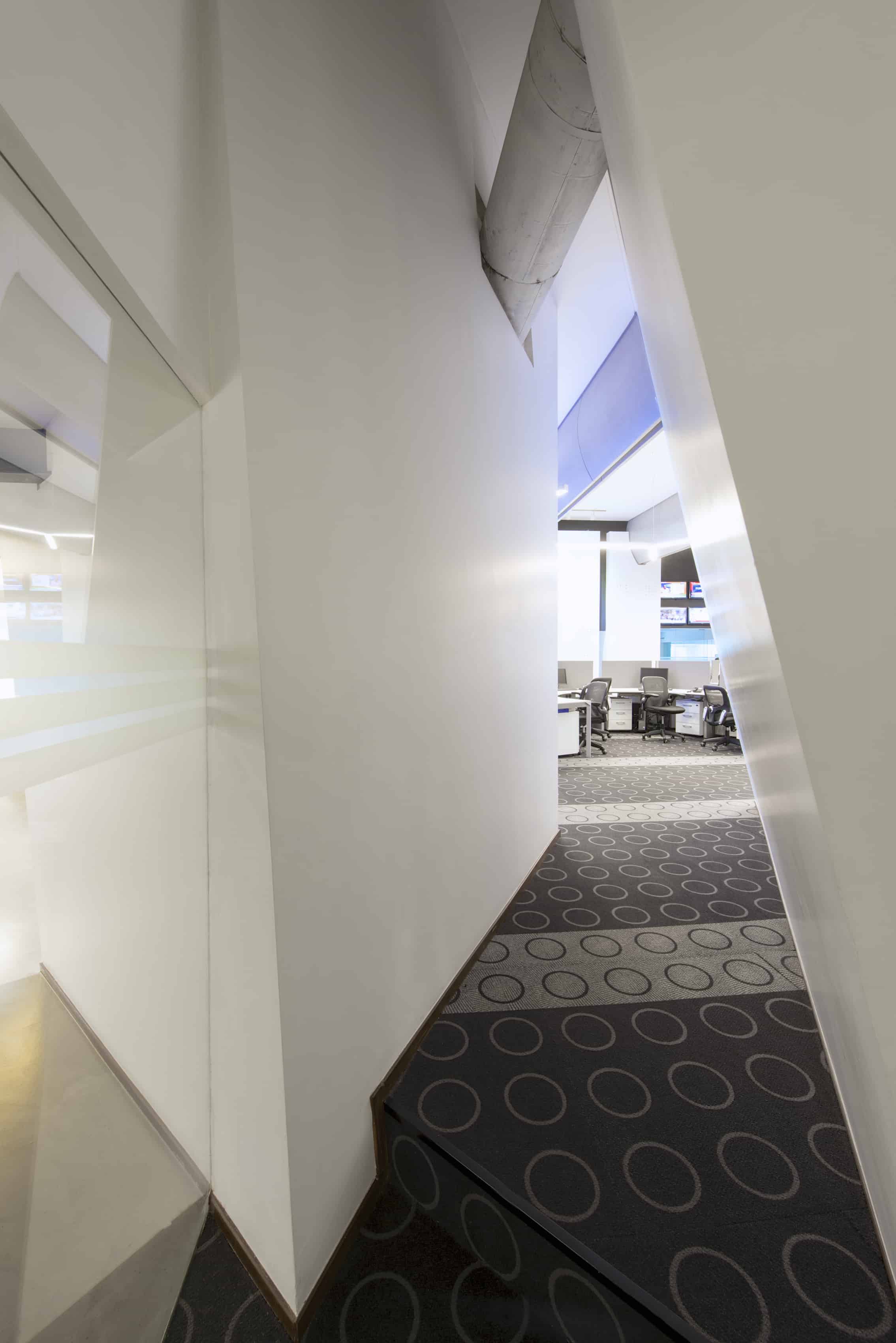 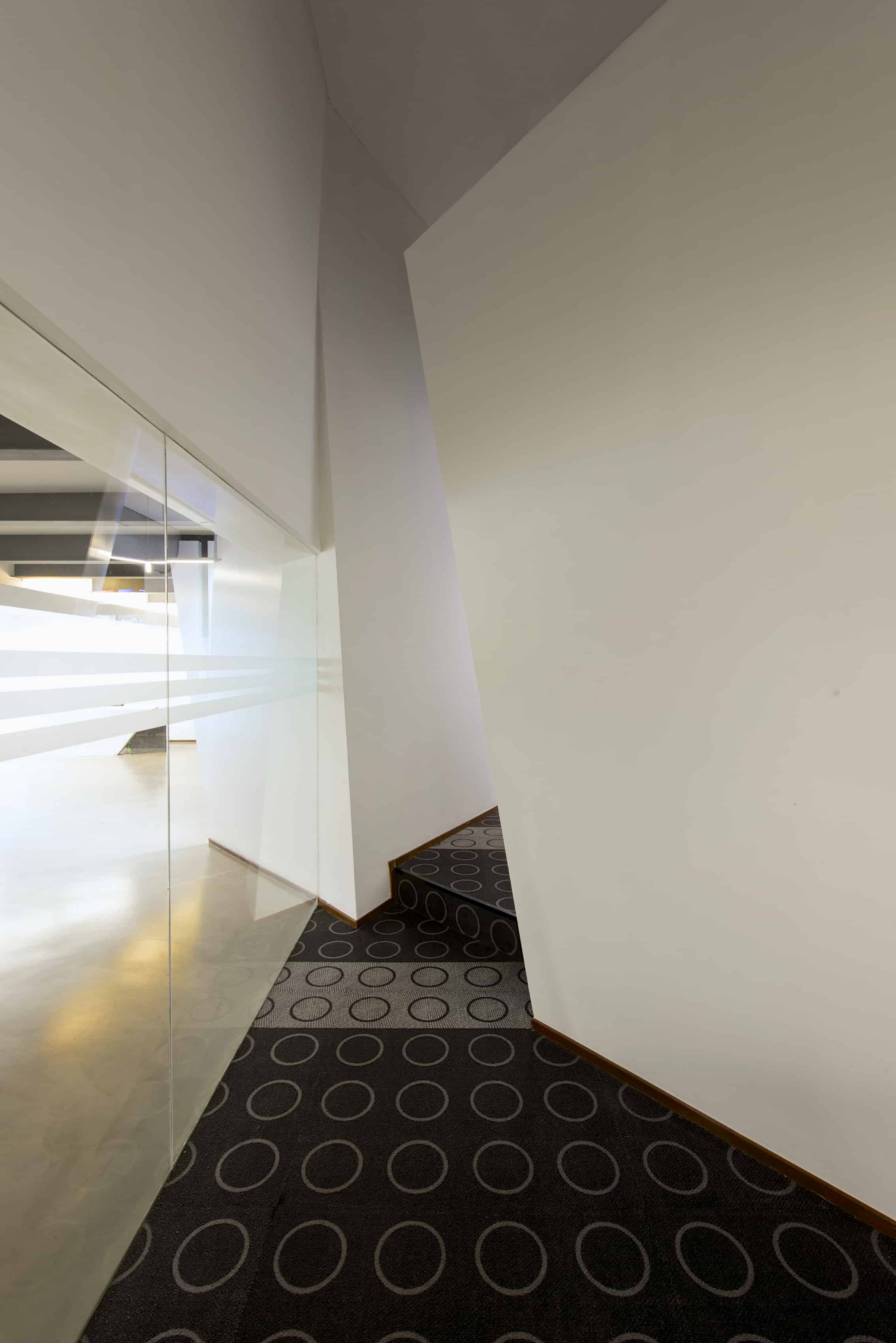 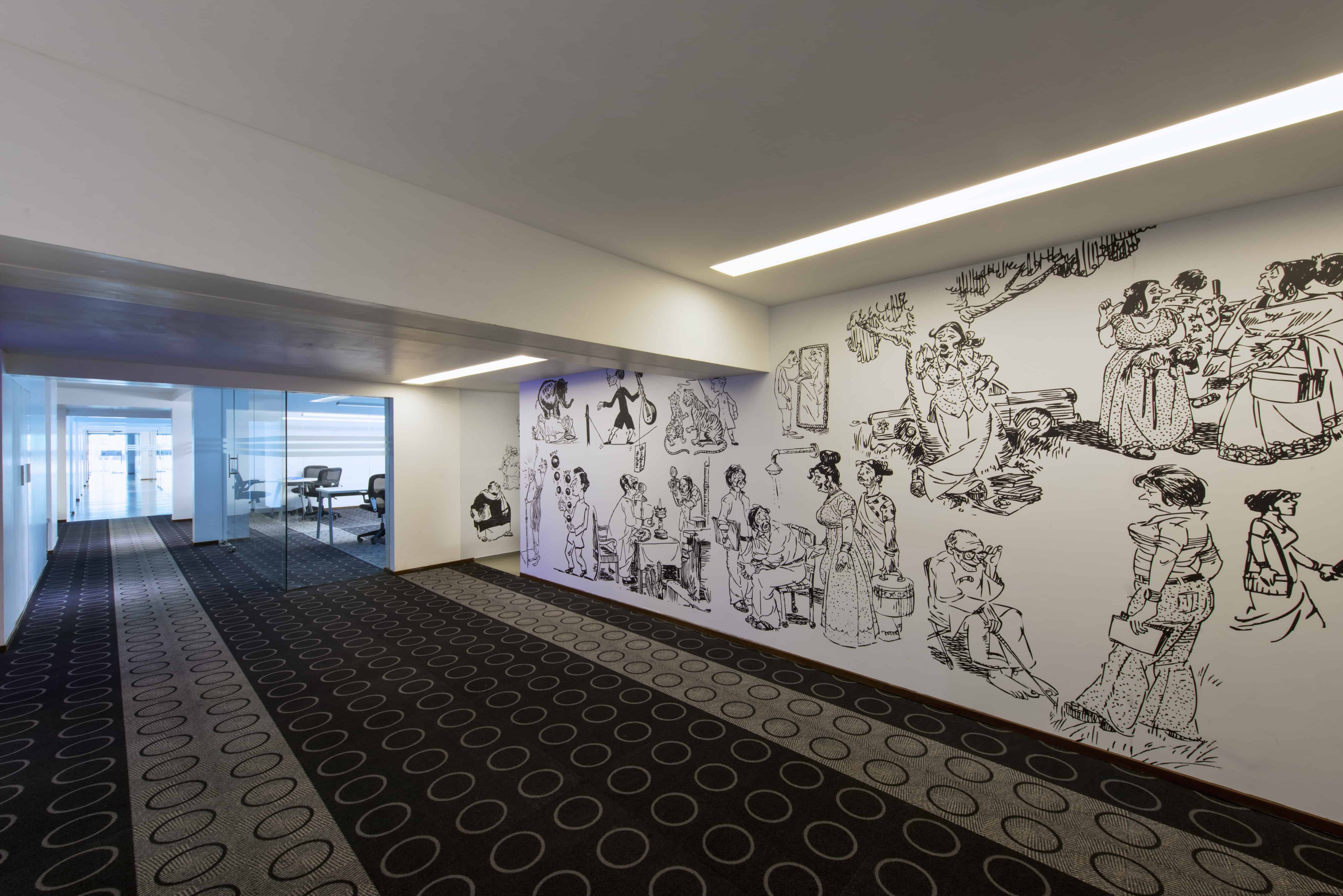 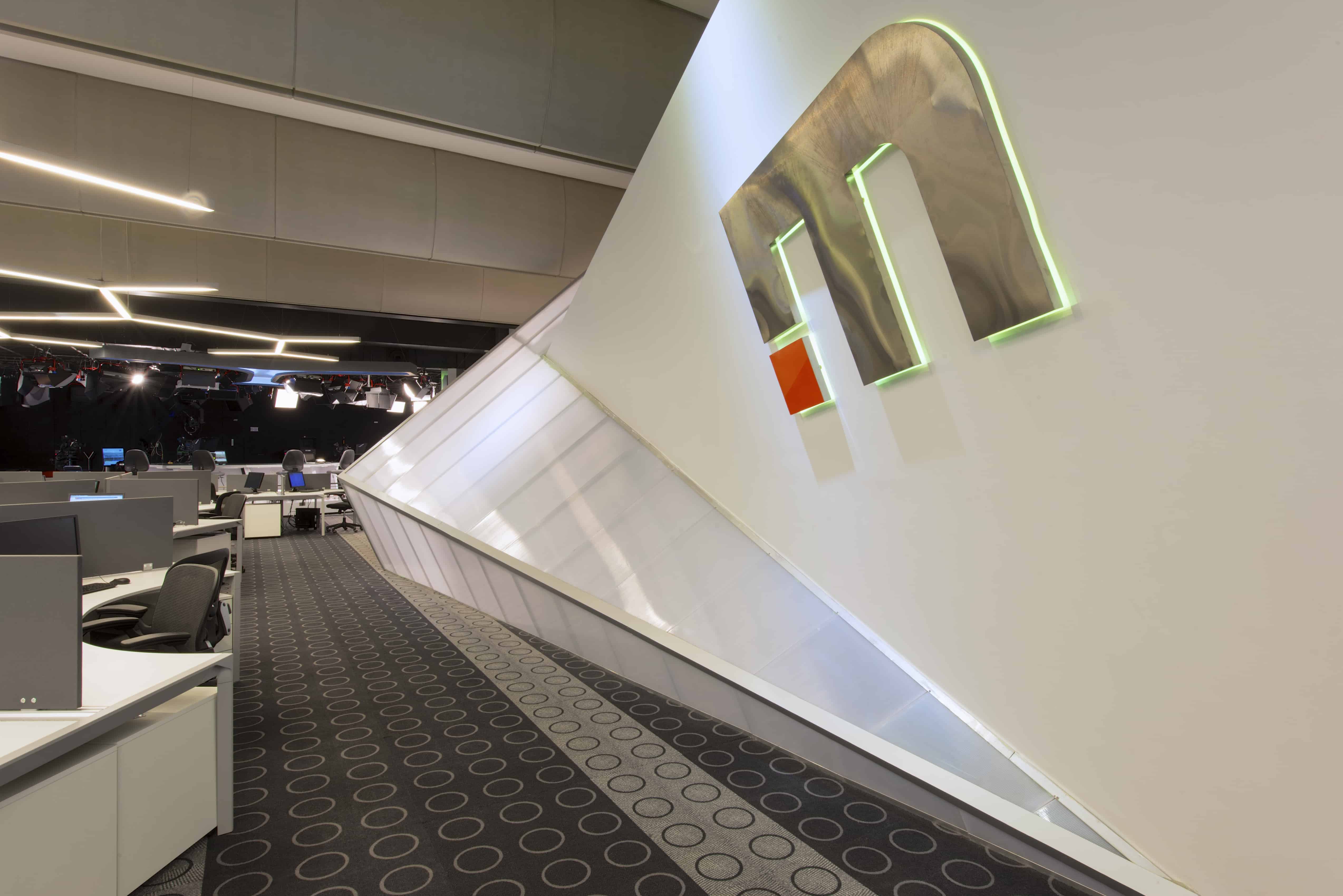 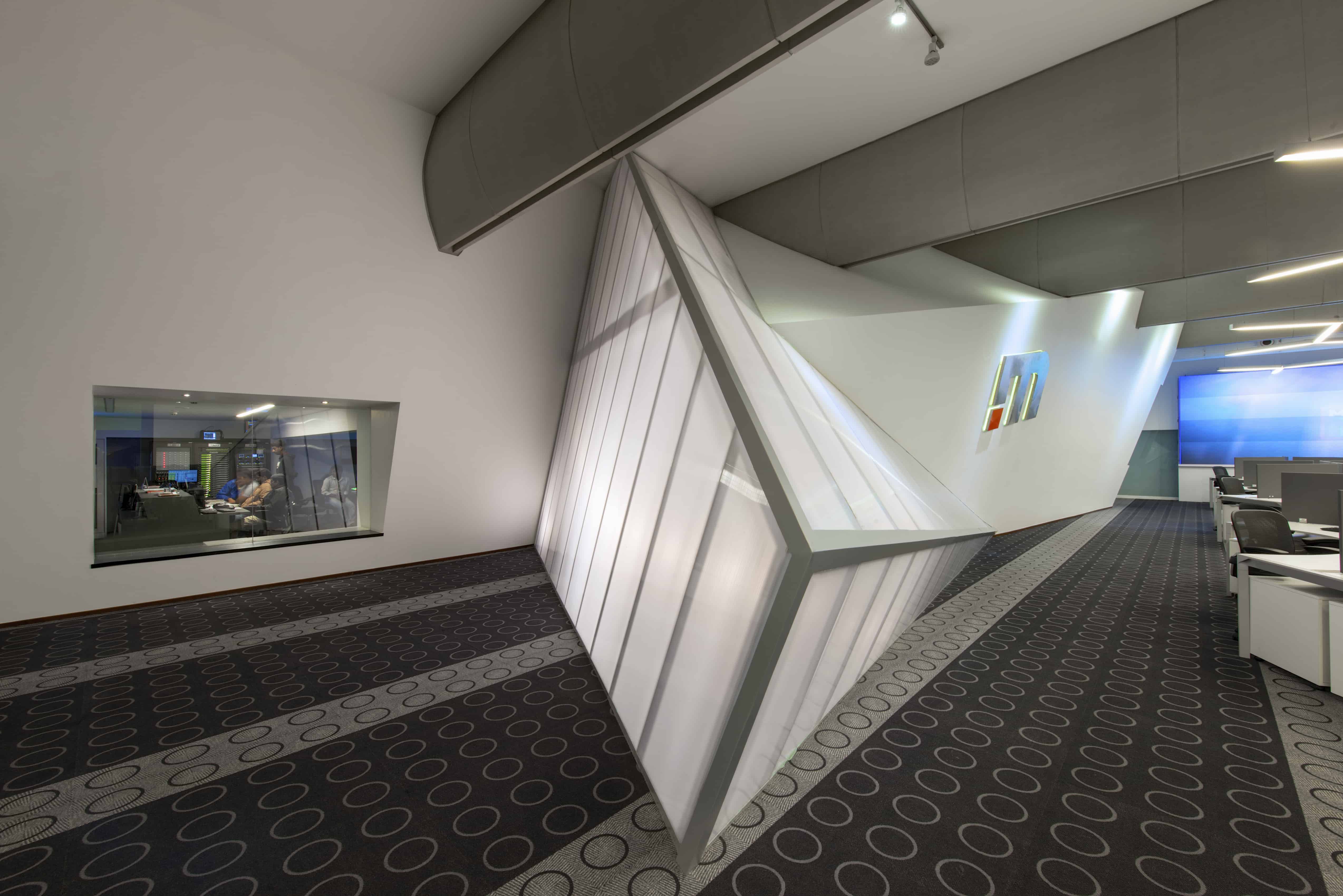 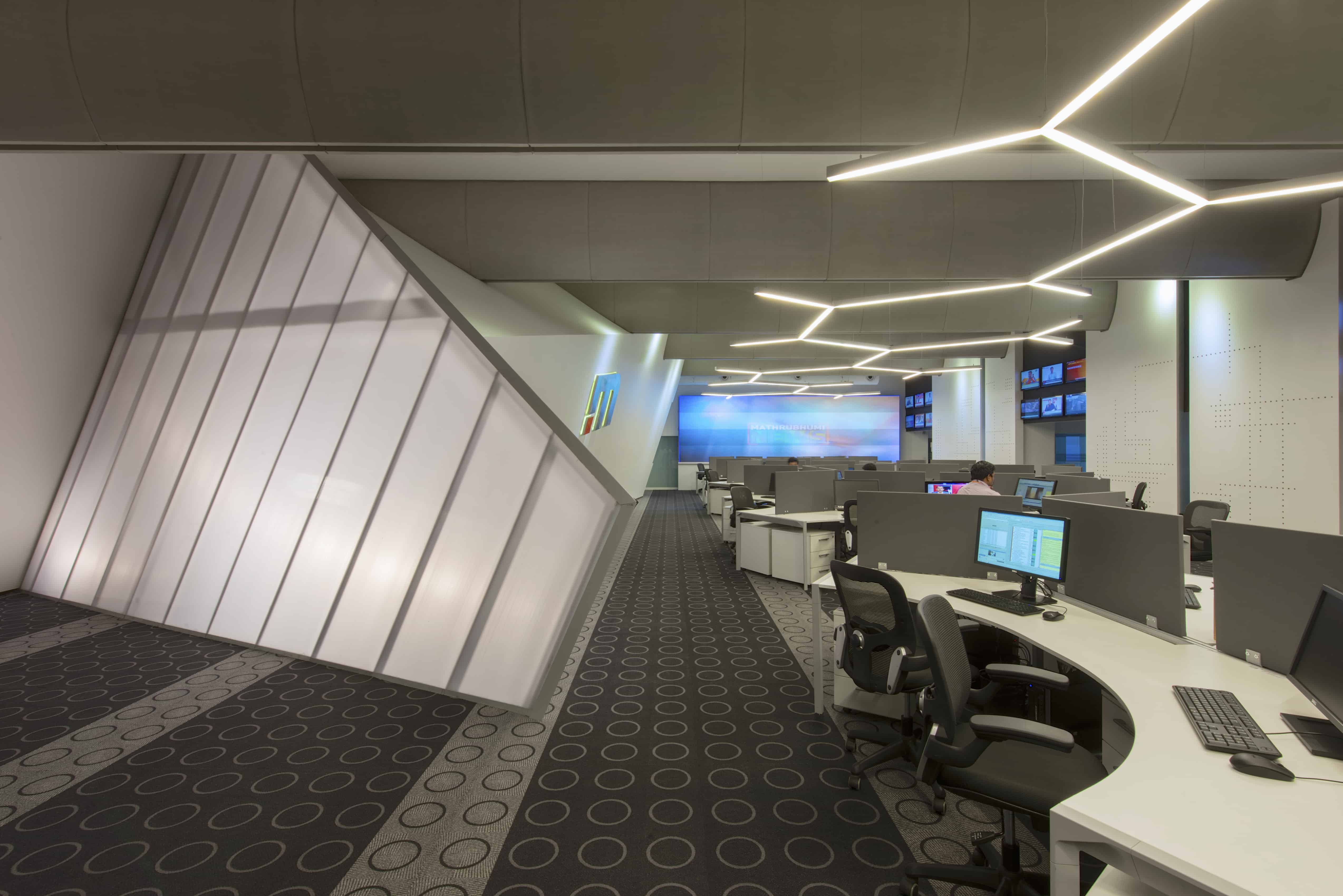 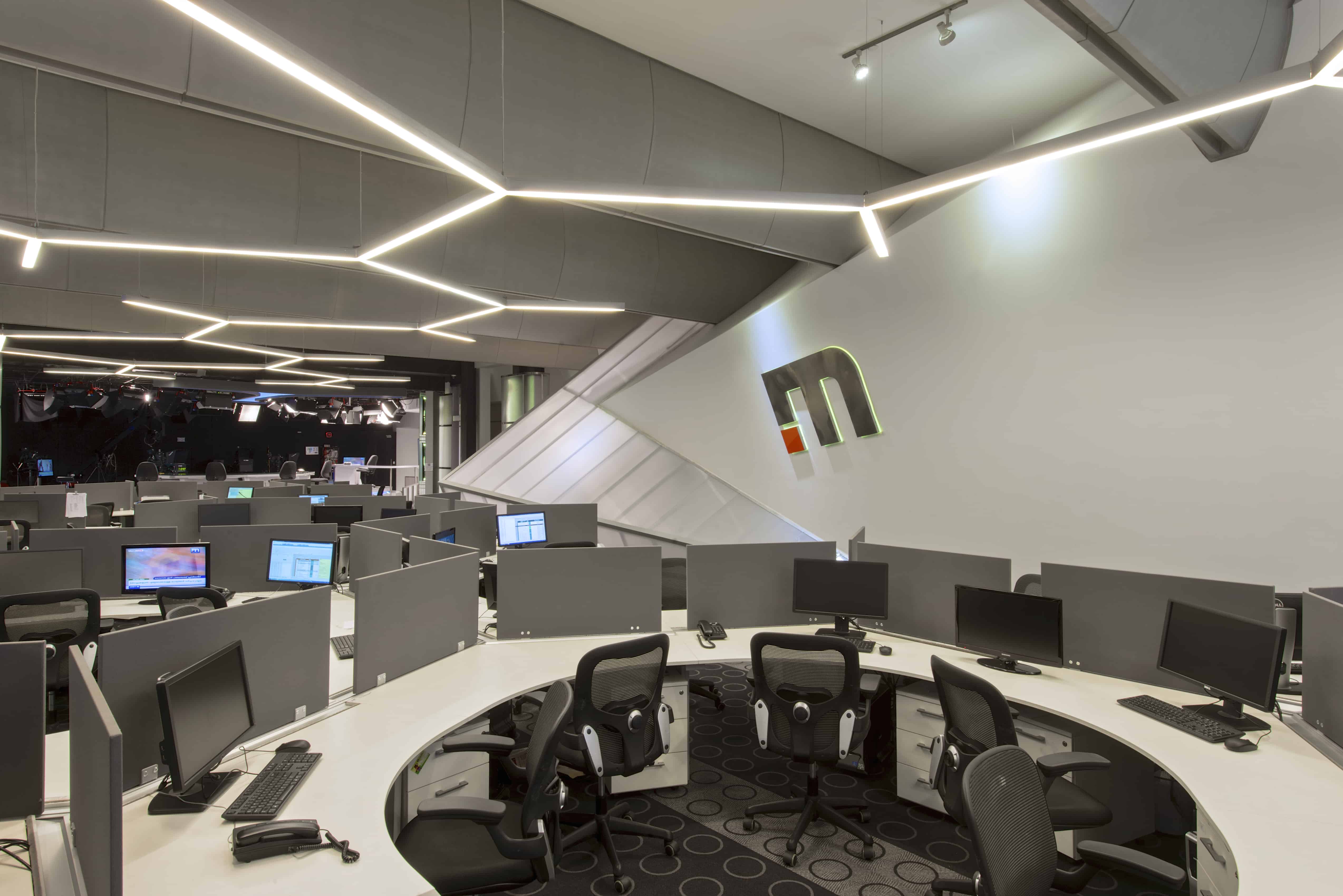 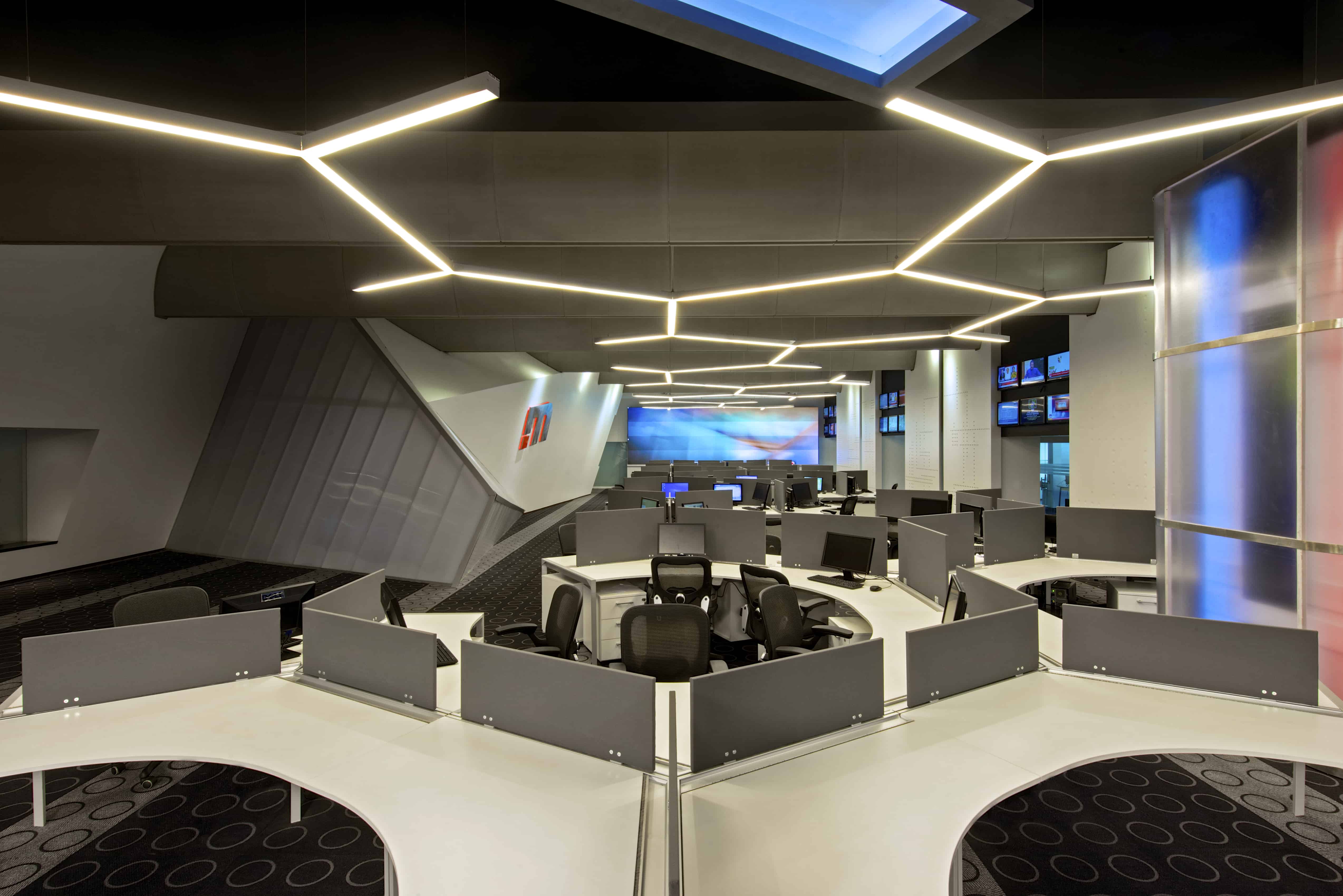 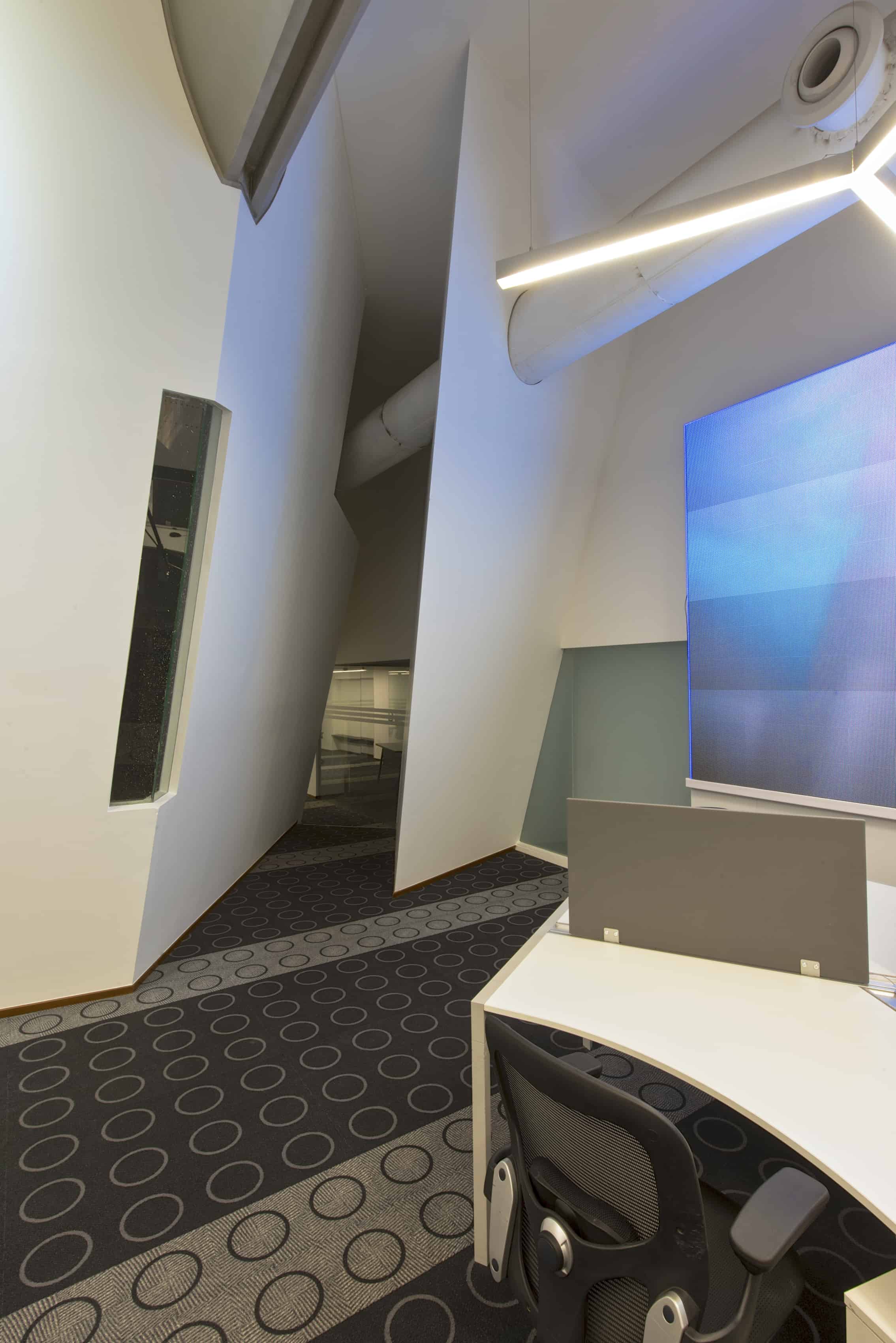 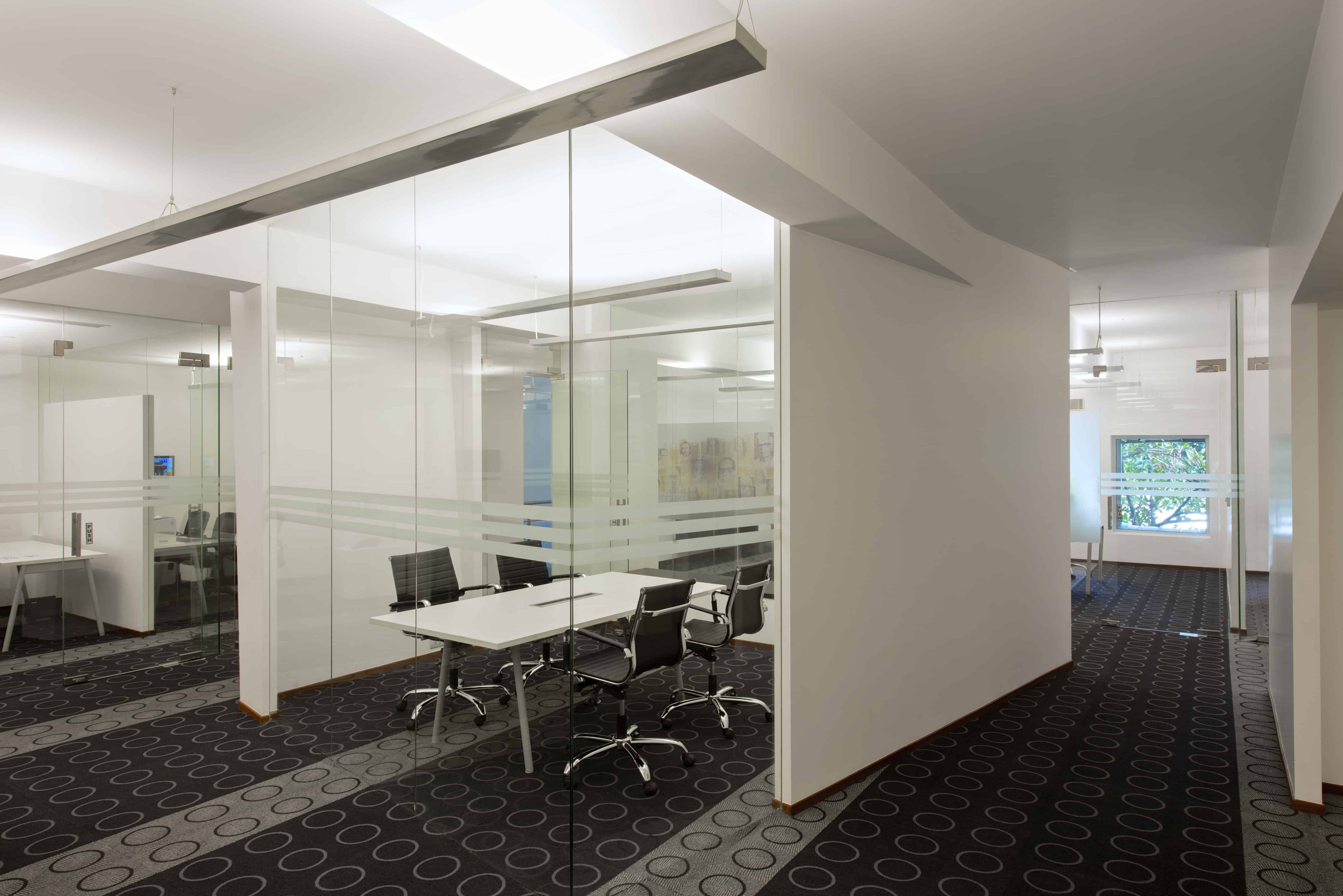 The larger central volume was stripped clean of all non-structural elements, and the primary open studio was located at the far end of this space- with critical staff working areas in the foreground, within a hexagonal network- that expressed its interlinked geometry in the suspended customised assembly of light floating above it. A Sculpted translucent regional studio was partially inserted within this volume to articulate and animate the captured broadcast camera angles and technical areas.

The brief was to retrofit a building that was already being used to house the client’s printing facility, & was also expected to accommodate the following requirements:
1. An open broadcast studio
2. A sequestered regional studio
3. A large audience studio
4. Front and back, end staff working areas
5. Cafeteria/ kitchen
6. Conference facilities
7. Ancillary Services

The existing structure had some singular spatial advantages and problems; the integration of a new and specific programme within it threw up numerous questions.

a) The building offered a tall central ground floor volume (14’0” height) flanked by very shallow floors on either side ( 7’6”), the 2nd level of which was already being used as offices and studios for their FM channel.

b) Entry to the building for- staff, VIPs, Audience and Sets was expected to be individually mapped and isolated from one another.

c). An insufficient sectional height for an enclosed audience studio, that was to be separated from the offices, but efficiently linked to services and circulation; and a large audience holding area.

The smaller offices and technical zones were located in the shallow areas flanking the central volume, with glass walls- allowing the maximum penetration of natural light into the depth of the structure, as well as enabling easy visual access into the studios- for the critical technical areas (PCR/ MCR etc.)

Residual sectional areas in the main studio were carved out- to accommodate the major mechanical services.

The existing roof profile at the front of the building was modified, to accommodate the additional height requirements of the audience studio and its accompanying services.

A retrofitted skin of corrugated metal and translucent polycarbonate was fitted onto the building; and the existing services in the front were relocated to the rear to free up space for a landscaped entrance.