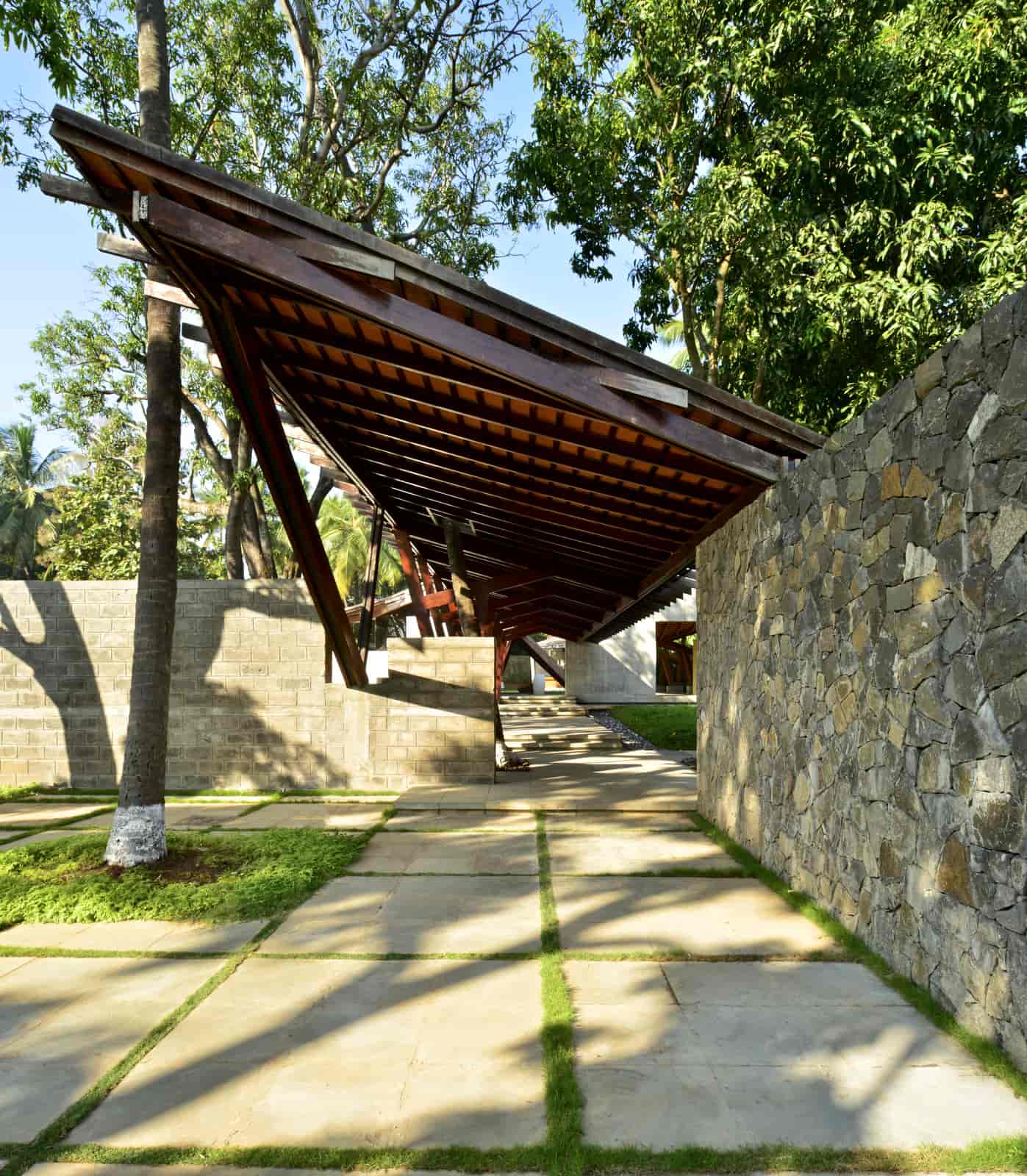 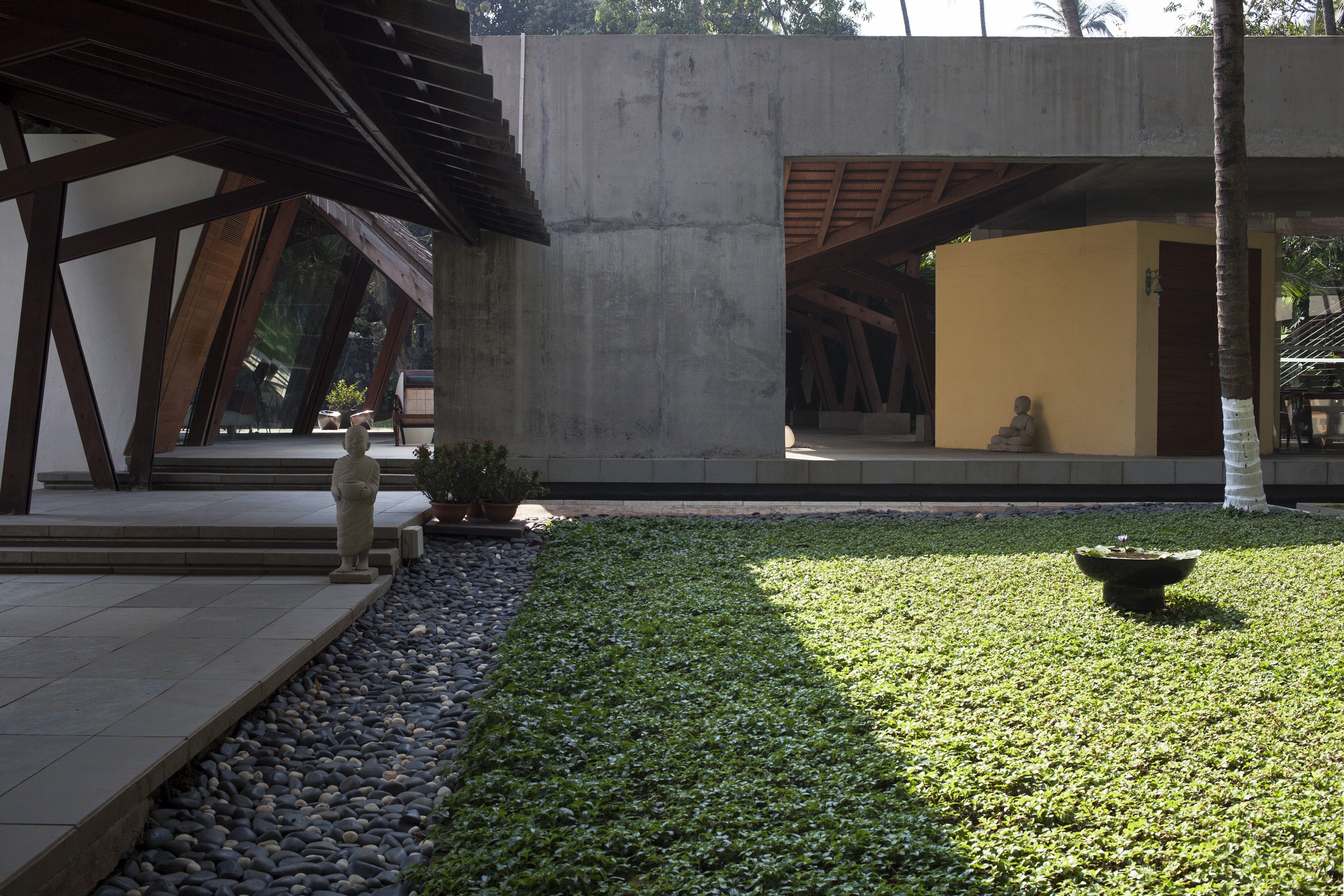 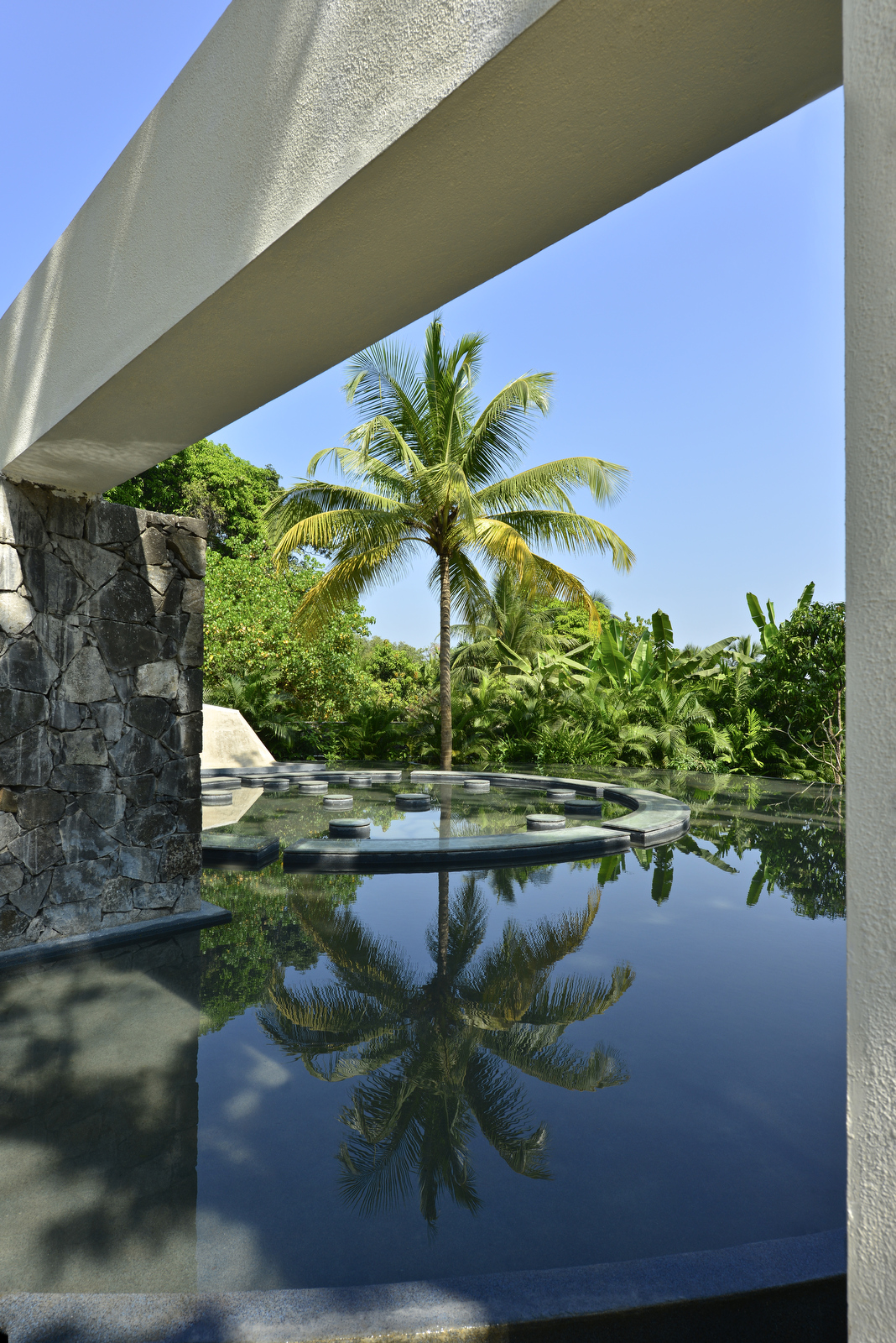 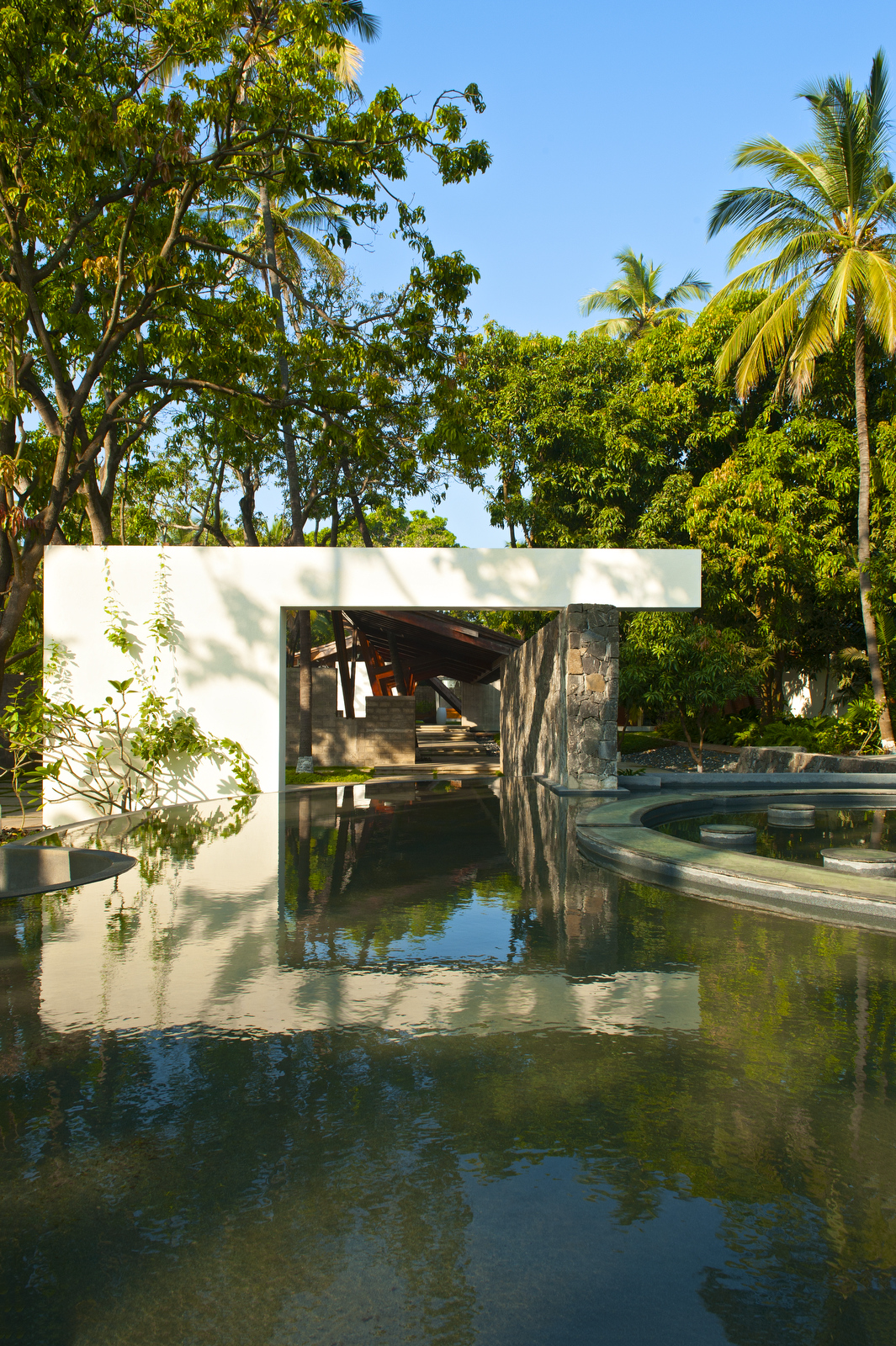 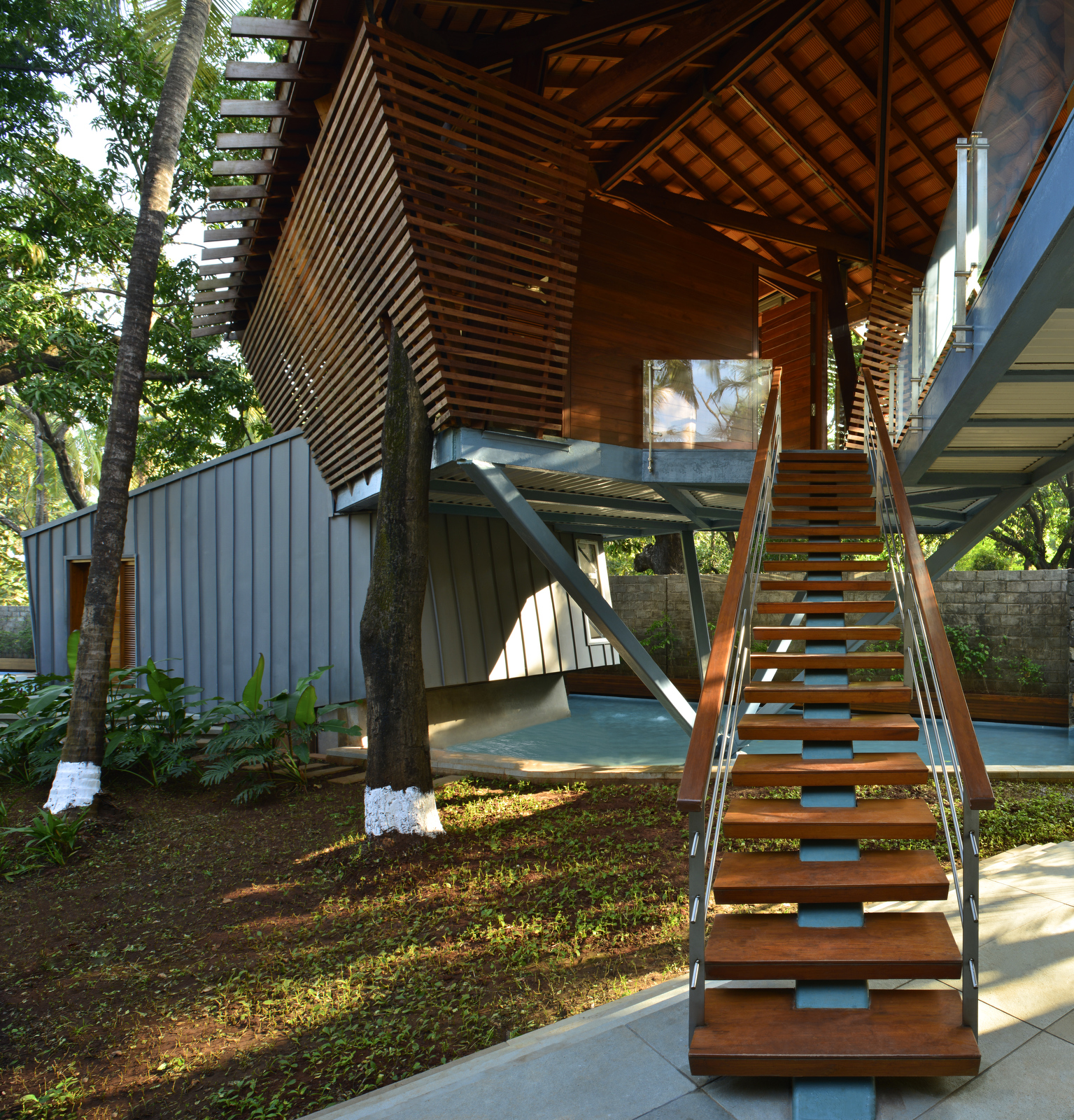 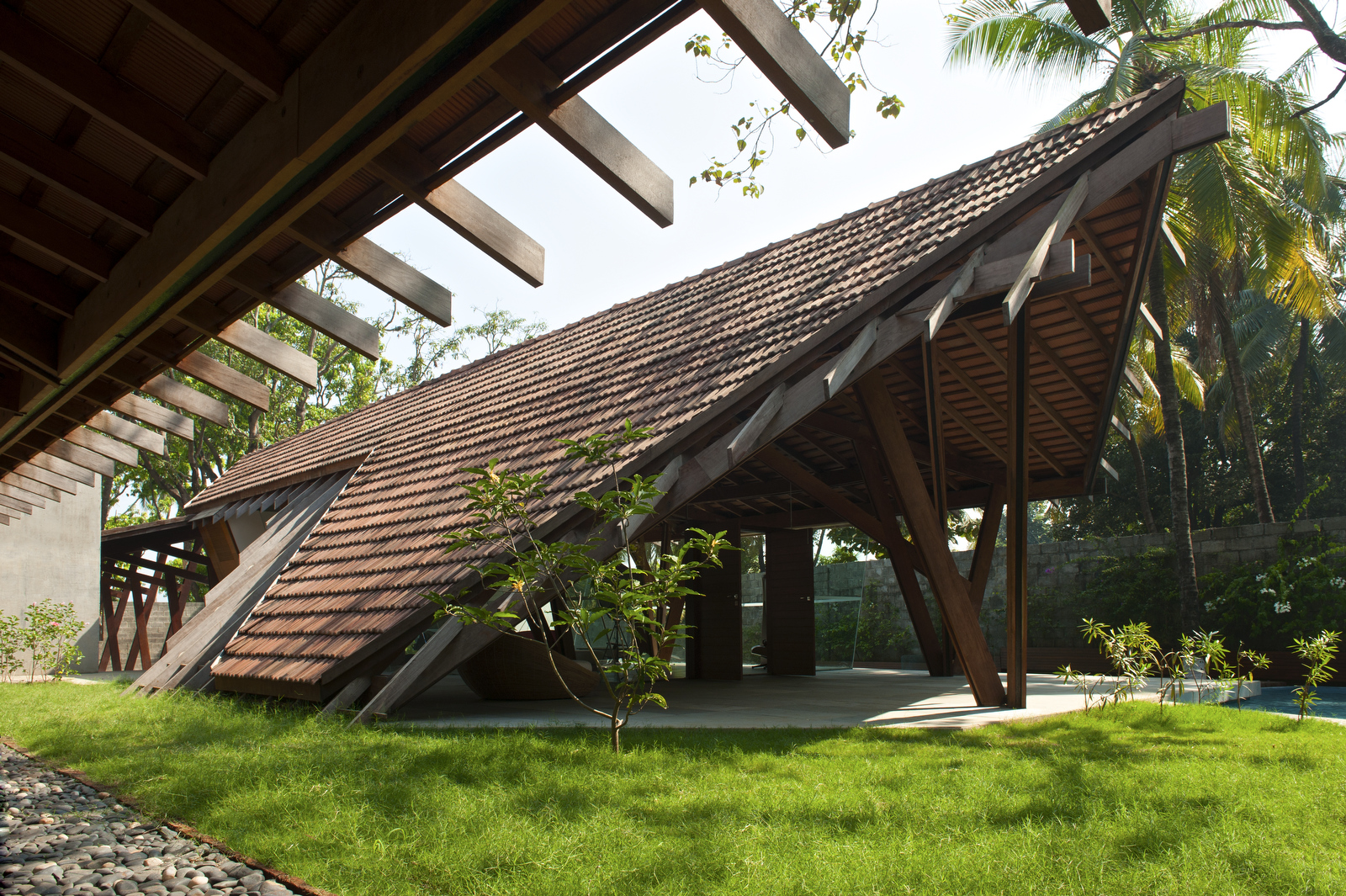 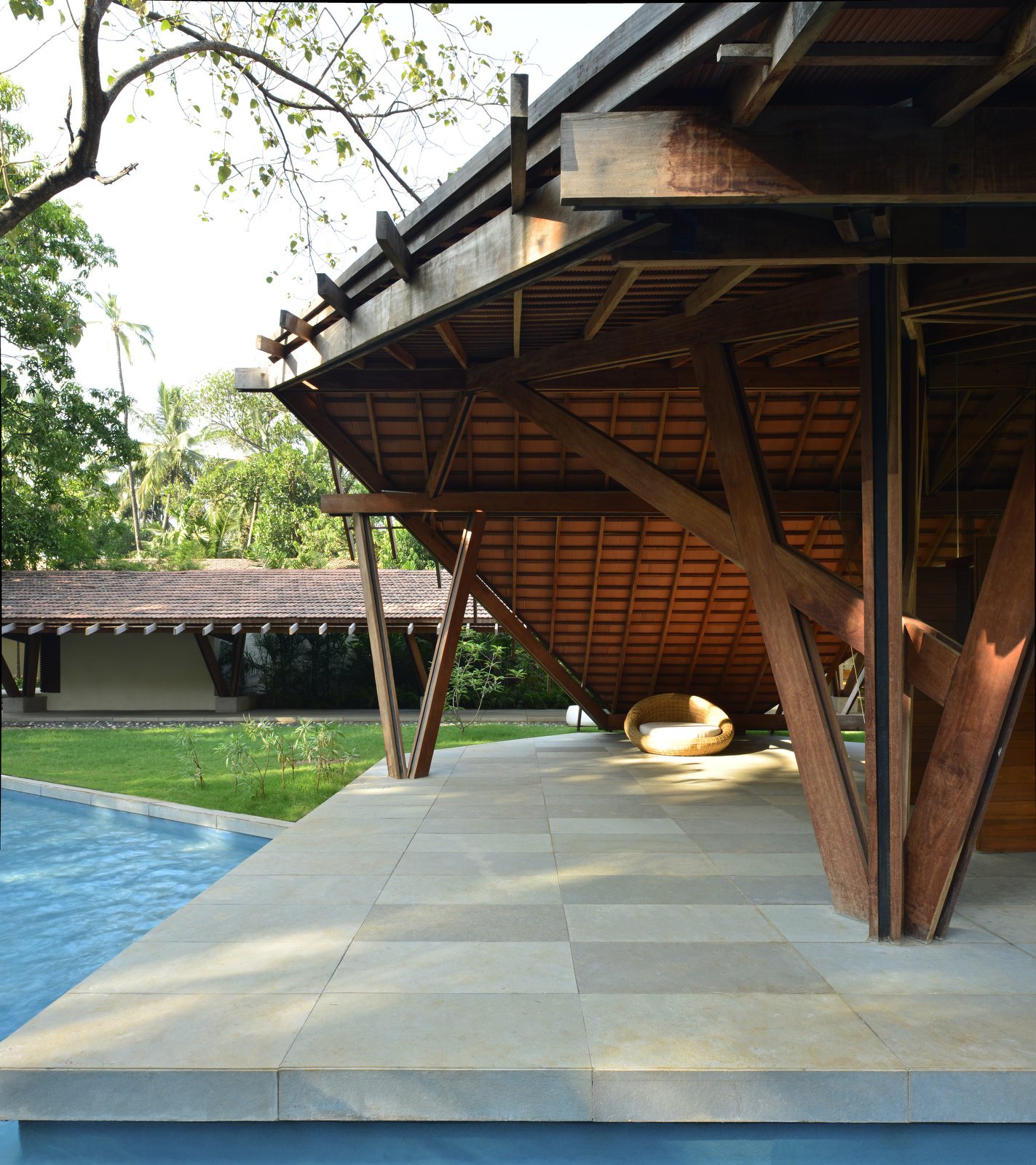 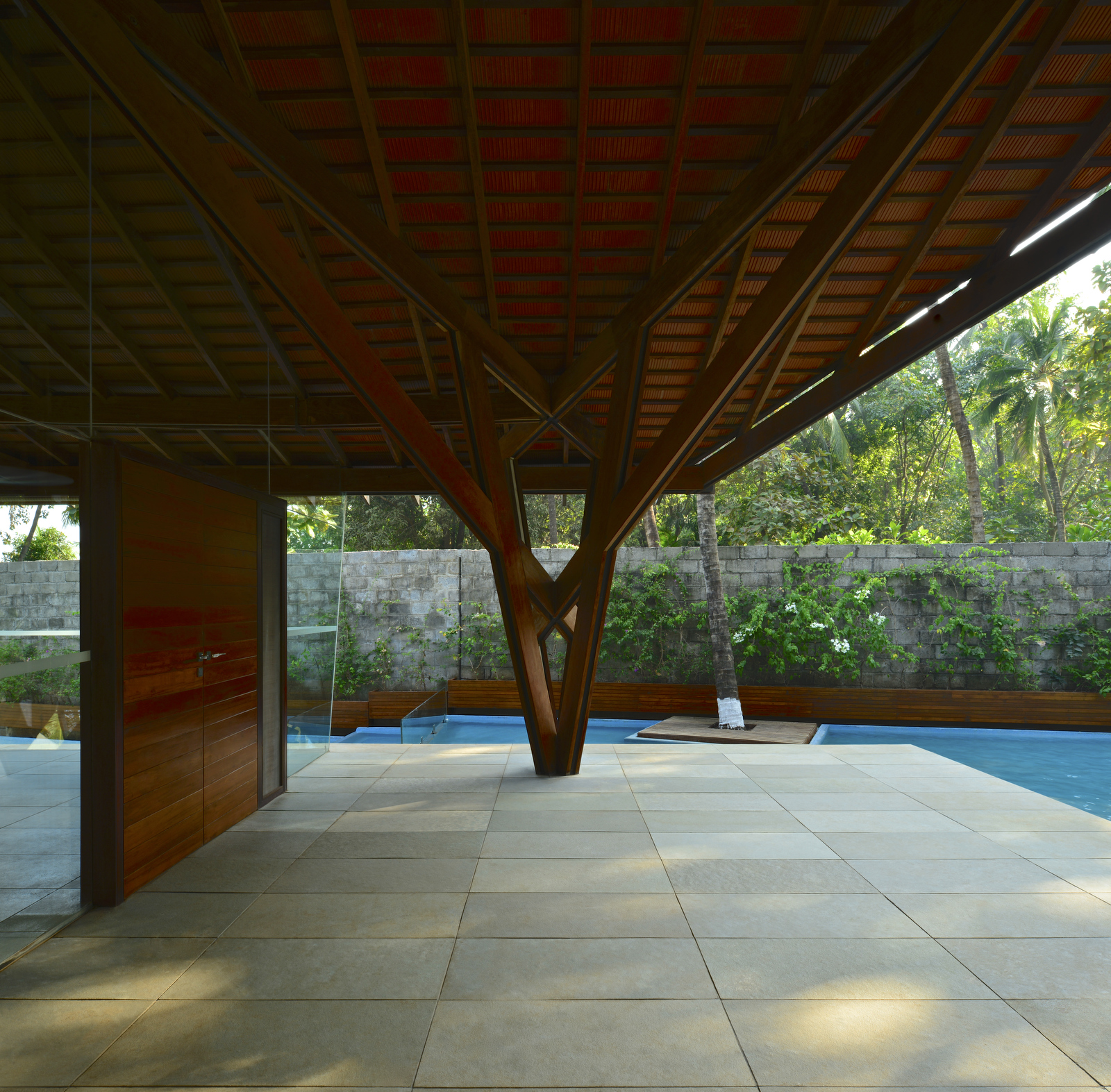 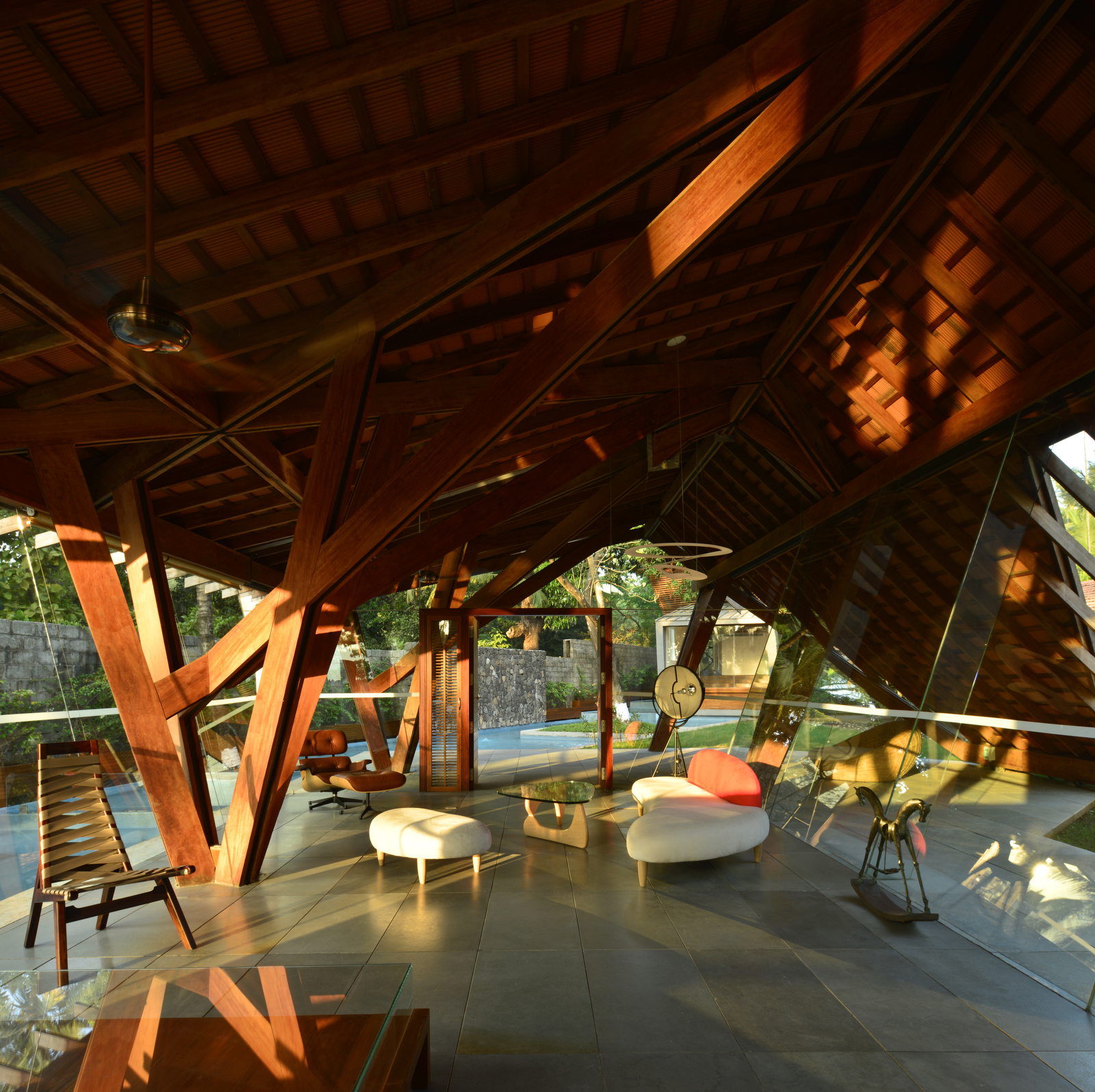 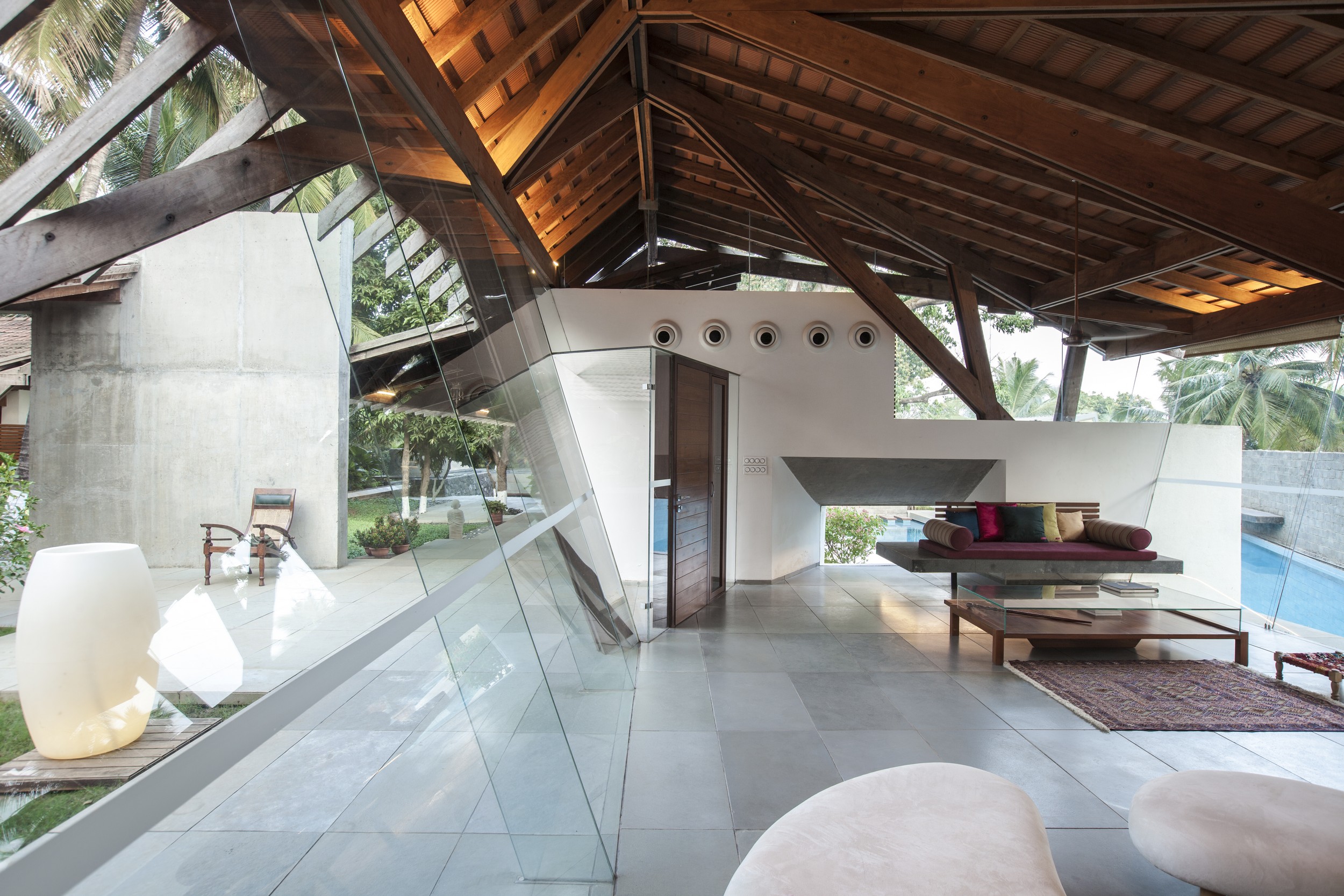 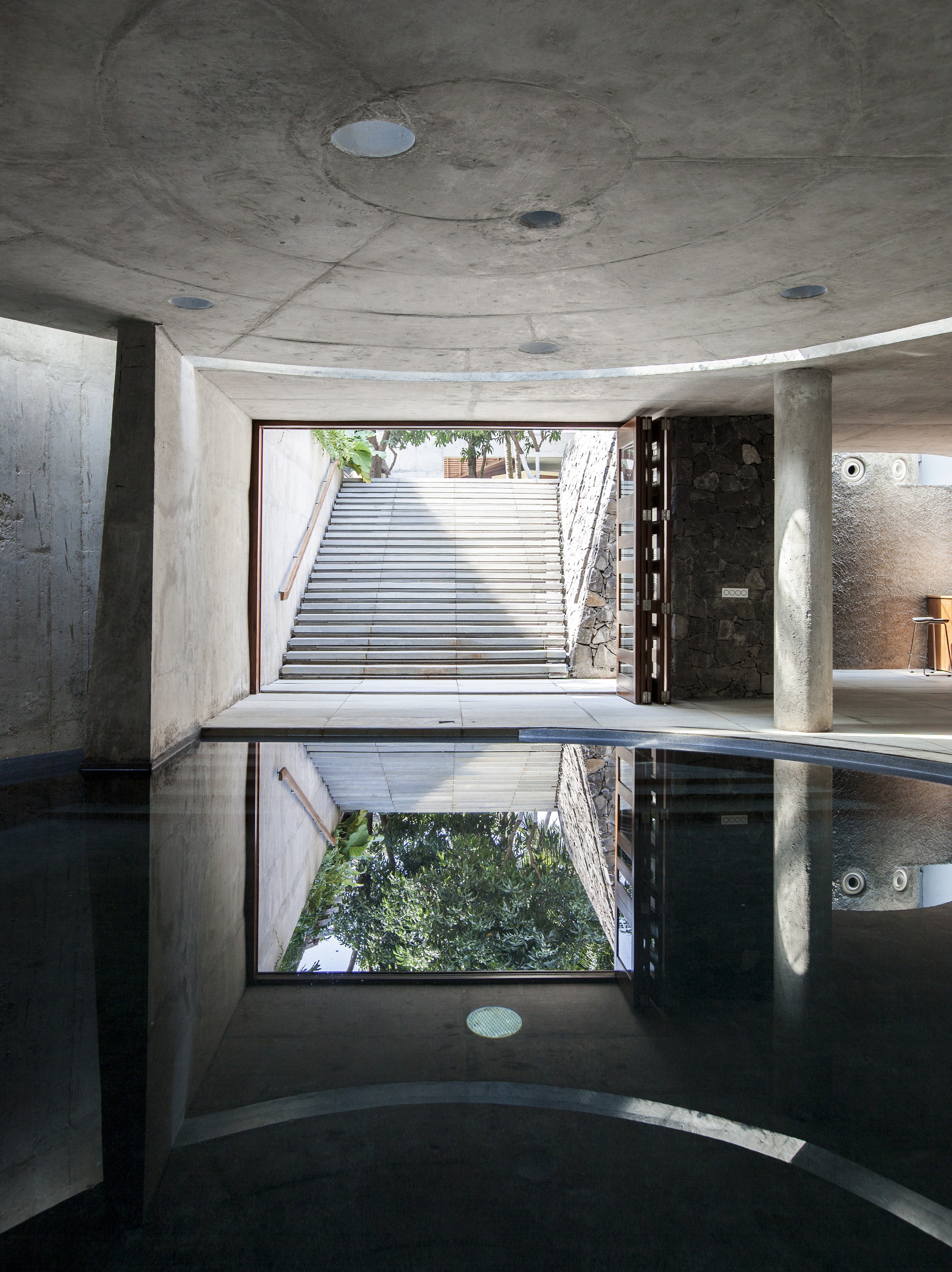 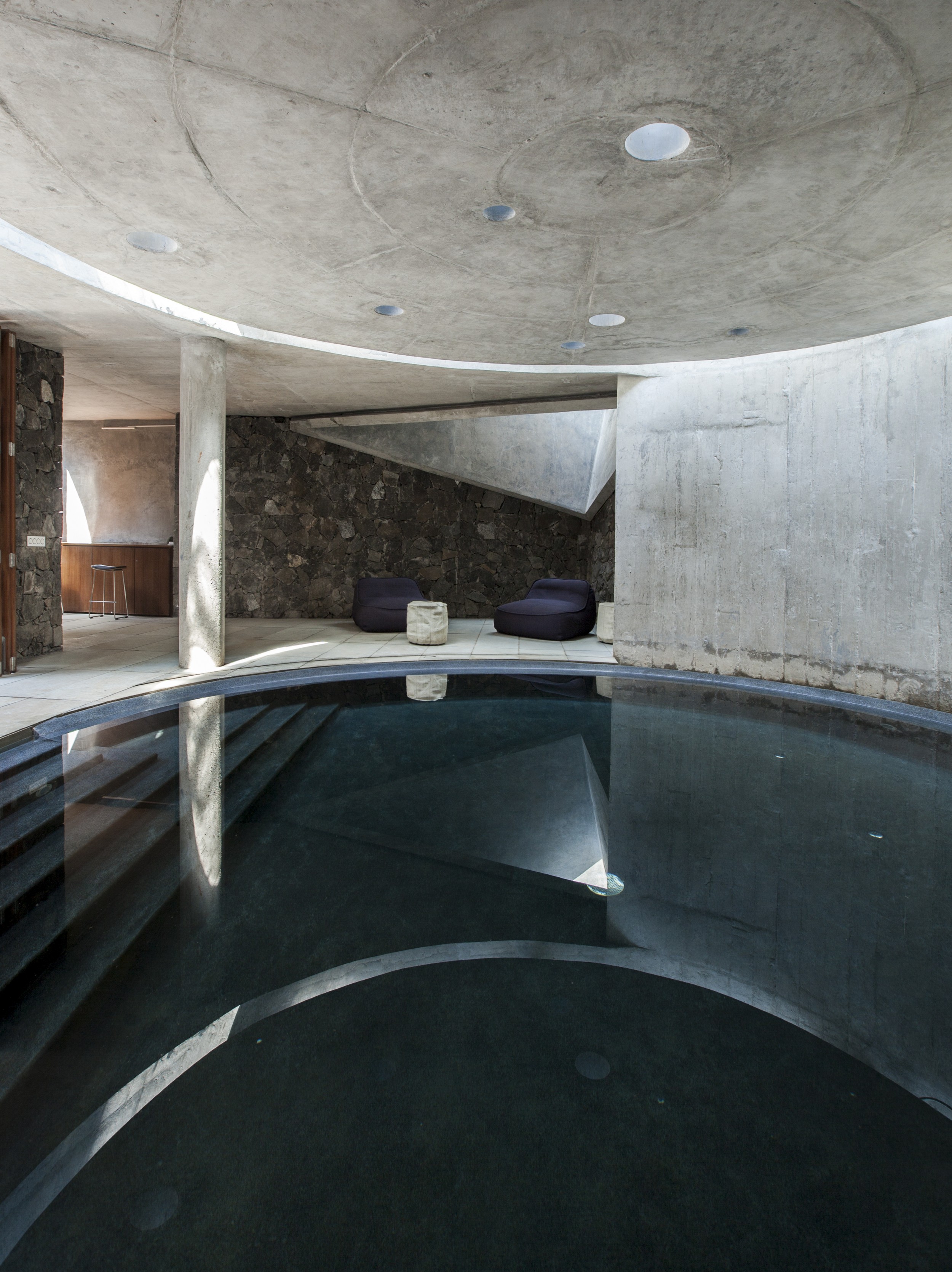 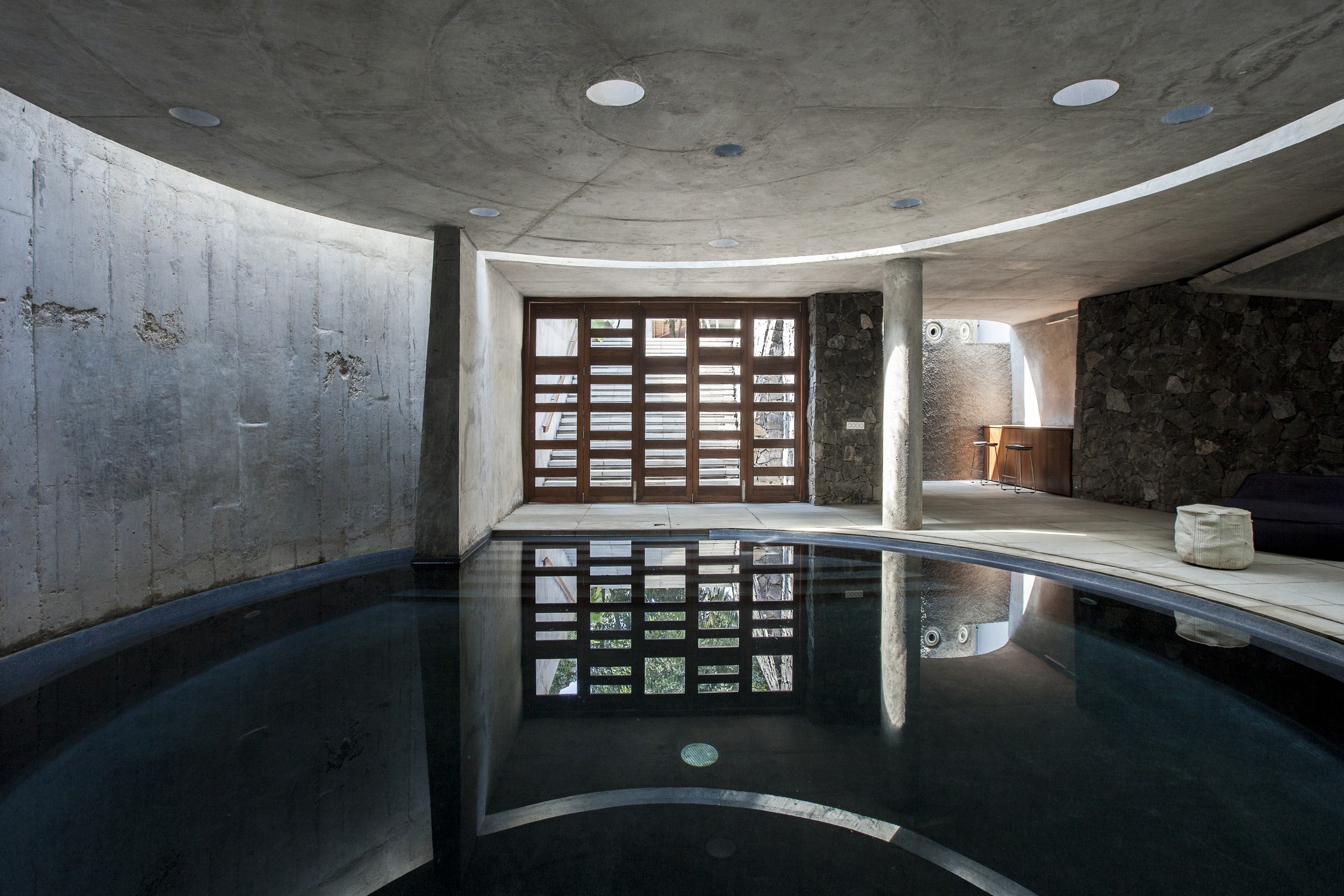 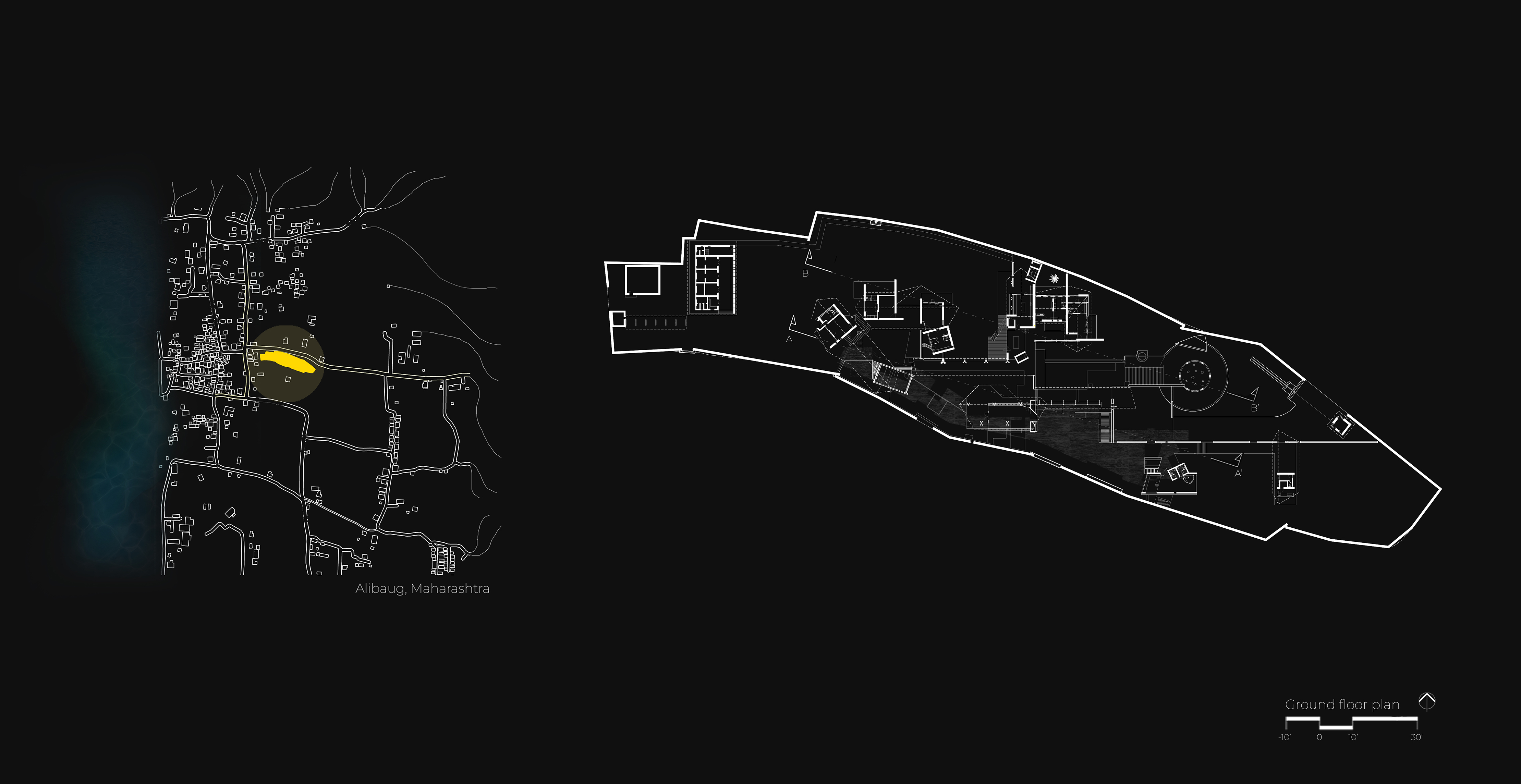 The concept echoes a deep understanding of centuries of traditional ‘Konkan’ construction techniques albeit interpreted in a contemporary syntax. The site is deeply forested and we knew that we wanted to achieve the final product with a minimum impact on the existing flora, without disturbing nature’s equilibrium.

In fact the very concept was determined by the site itself. We were simply, the catalysts. The next step was to ‘connect’ the scattered components of the house. Finally, the client’s requirement of an integrated net-work of water bodies / channels was overlaid on the generated matrix. This process of layering ensured at every step that we never, or at best absolutely minimally, intruded on to a forested site and yet managed to introduce a large house, ‘connected’ multiple water bodies and channels and a hierarchy of traditional Indian spaces from the formal to the private.

The Site is thickly forested as such ‘Bald’ spots were selected for construction; which afforded minimum re-location or cutting of trees , in addition site levels were maintained to avoid losing topsoil and flow of water through gravity.

To further reduce the foot-print on the site we built using 4 main materials, (3 of which have been used in the region for centuries viz. Stone, Wood and Clay Tile) and the 4th – fly-ash blocks produced locally.
Our real challenge as far as the structure was concerned was to use the traditional materials / techniques and yet evolve an exhilarating and contemporary syntax. This was achieved by introducing a composite structural technology using thin steel plates sandwiched with wood planks. This opened up a fascinating window of achieving larger spans and also afforded us the ability to pick up the roof loads through numerous iterations and articulations.

In sharp contrast to traditional architecture, the articulation for these forms is derived from extruded aluminum sections. These prisms, almost sculpture-like, are perched on either side of the water body, dominating the northern face of the site.