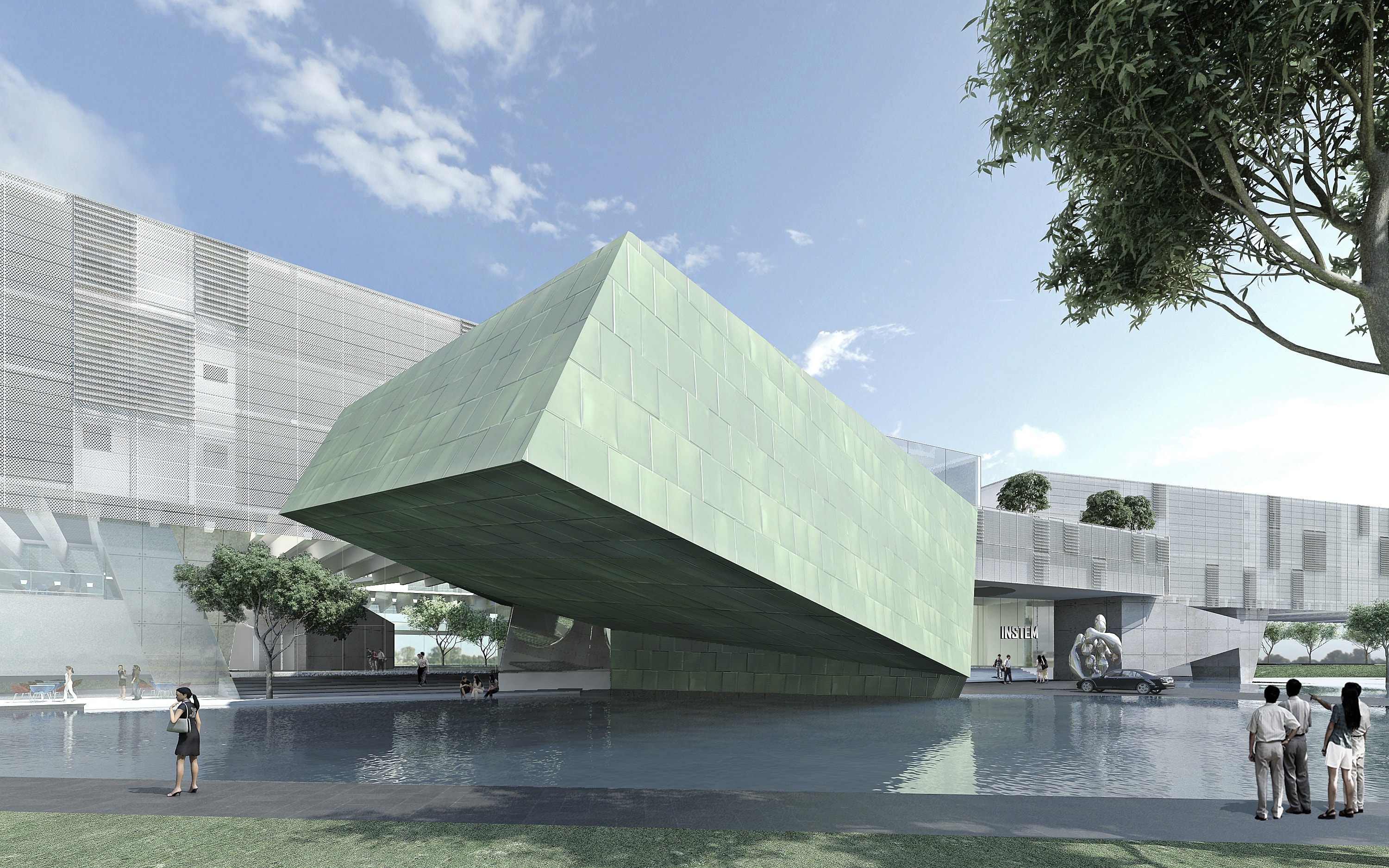 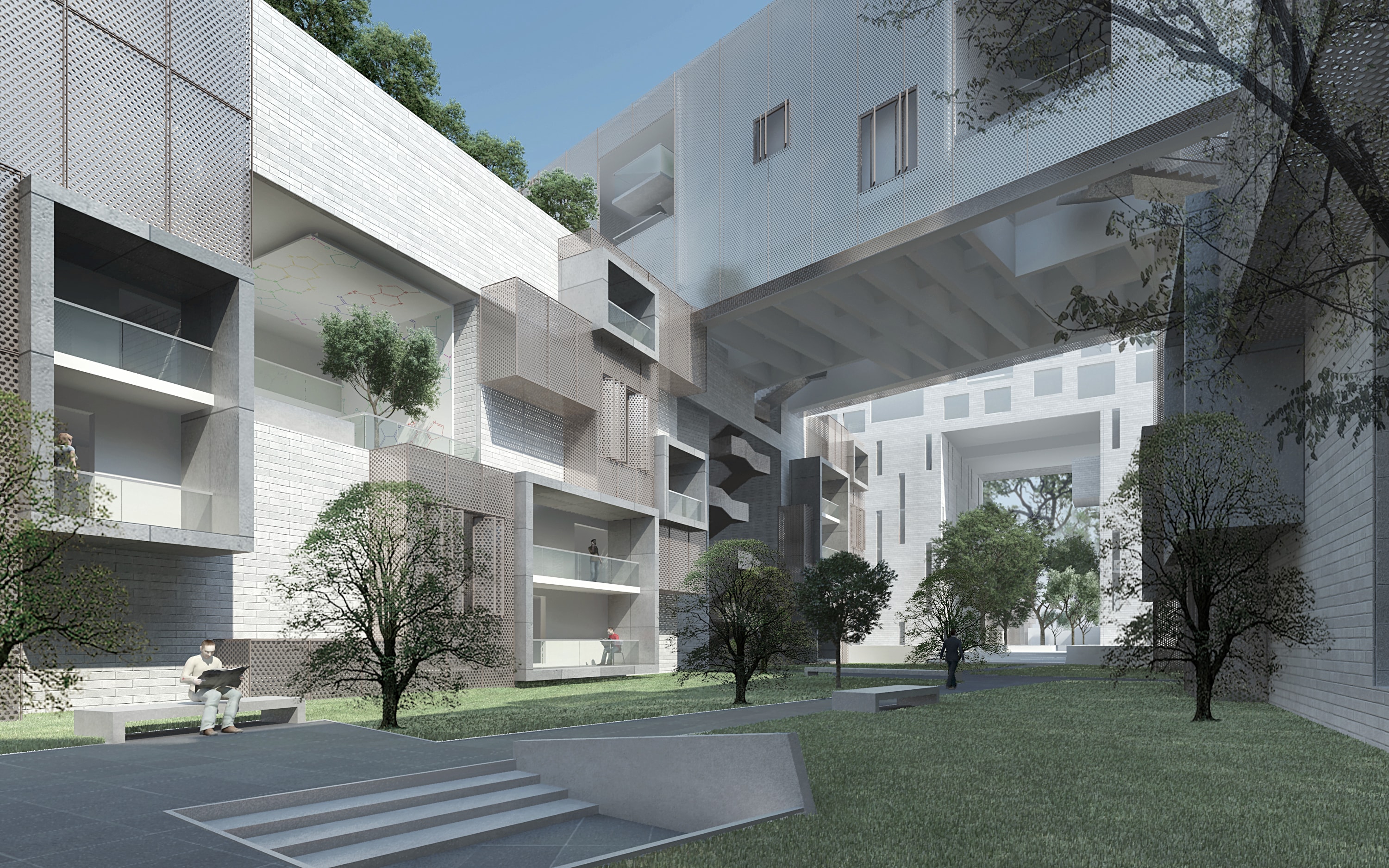 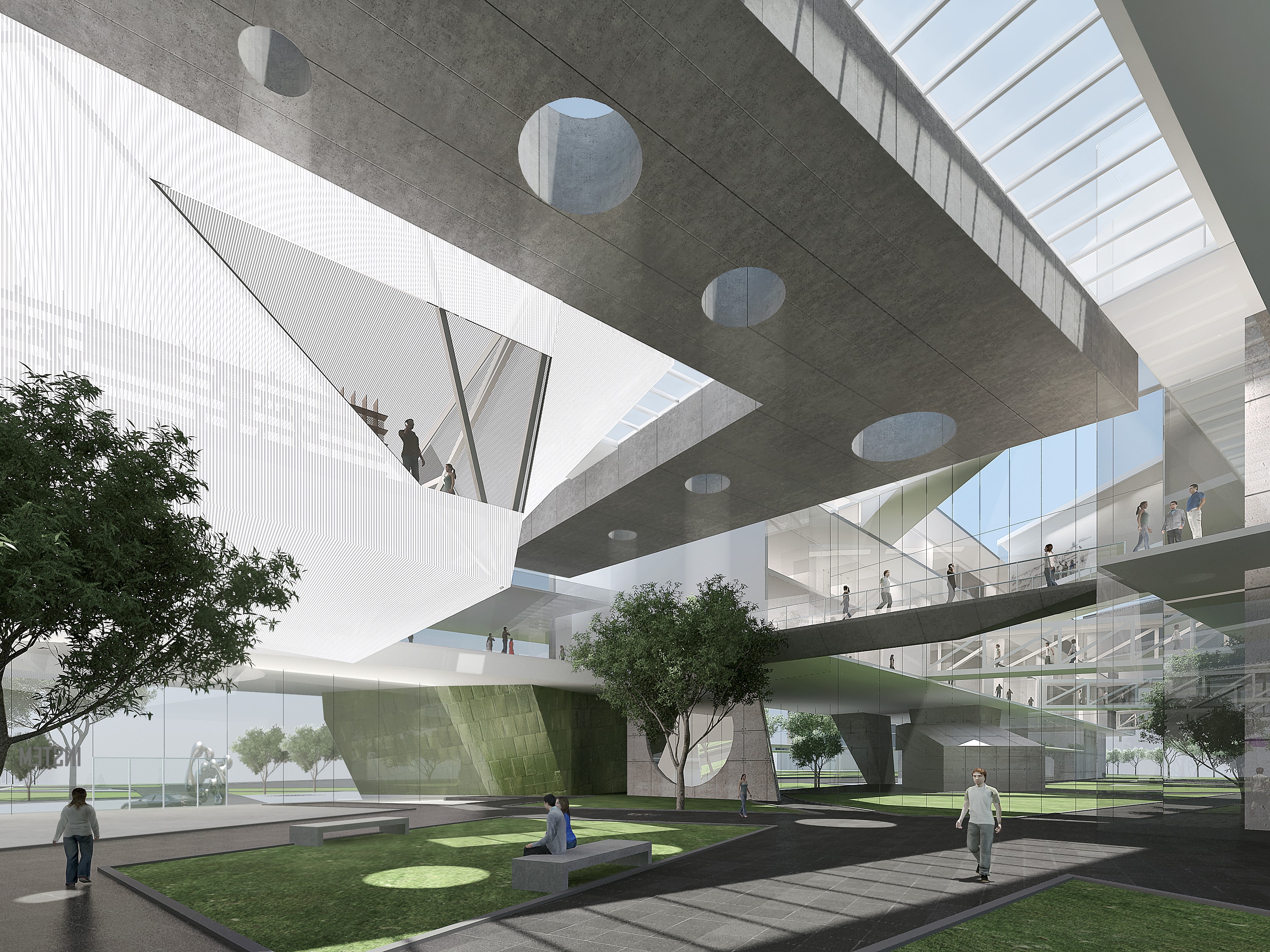 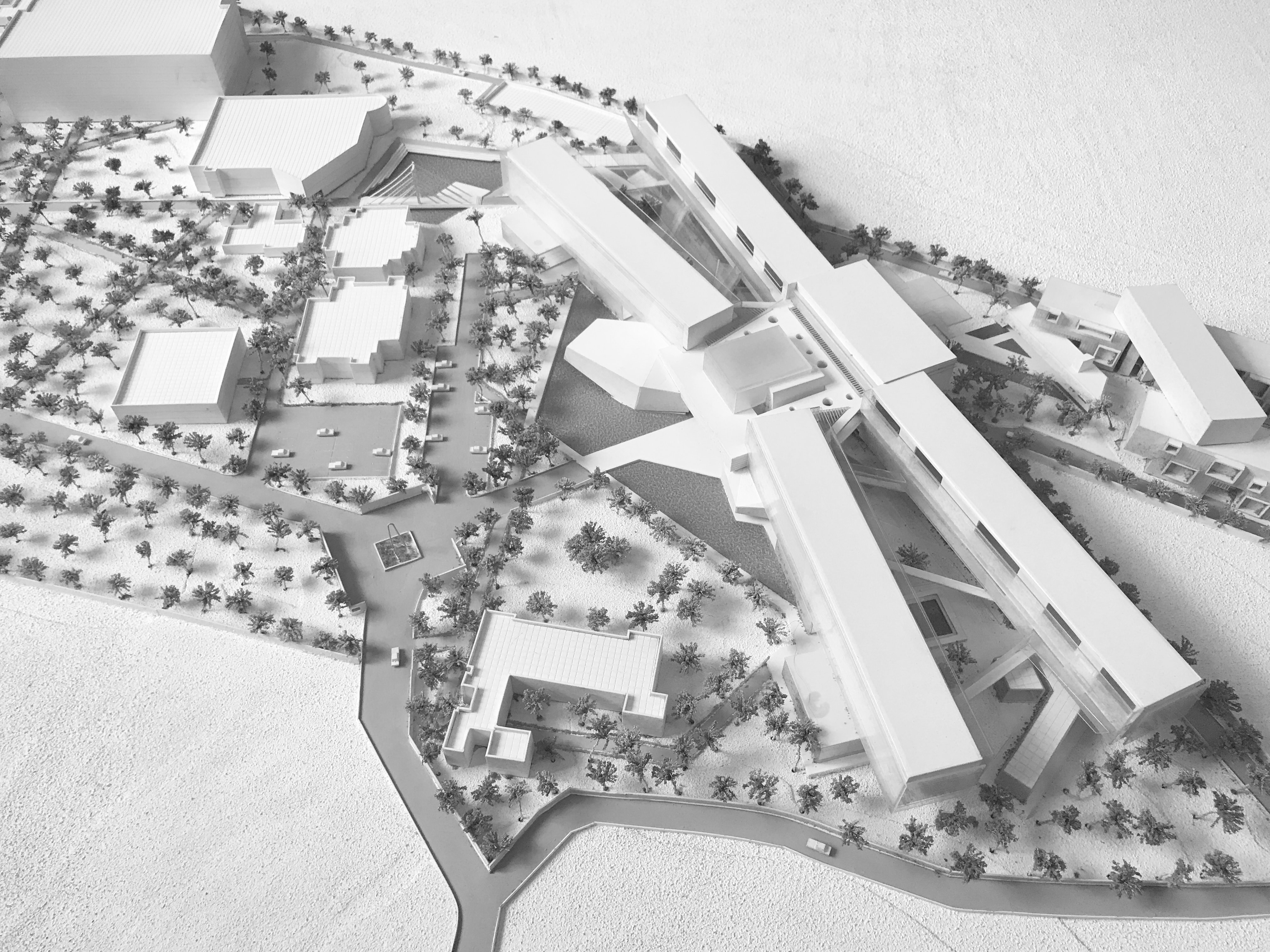 The act of research and discovery is essentially an intuitive function. This complex therefore explores those elements that foster and inspire intuitive thought which is the core of the creative process. Nature has become the nucleus at both, the macro and micro levels and serves as a backdrop for two almost paradoxical elements: eastern philosophy and western technology.

The inspiration for the complex is the timeless ‘bindu’ with vectors originating from the core and connecting the new complex within itself and to the rest of the campus. The design intends to provide a multitude of spaces that both inspire a scientist and also serve as a meeting point for groups to jointly interact, explore and discover. The design thus attempts to bring together two parallel streams of thought: that of the scientist -who measures that which exists and that of the artist - whose realm is in the immeasurable.

The landscape intrinsically moves through the built up forms creating an environment that fosters interaction, inspiration and positive development. Laboratories have been designed to be open, but on an intimate scale creating intersecting neighborhoods. This design allows scientists to interact for exchange of ideas and collaborations at the same time preserving privacy and a quiet work environment for careful and focused work at individually.

Common areas transition from small break areas connected to the labs to larger common areas culminating in the lounges, cafeteria and terraces. The common facilities such as seminar halls, auditorium and cafe are grouped at the center of the ‘Bindu’ such that both phases have equal access to them and the laboratories move out as forces from the center forming vectors that connect to the site axes at a higher level.