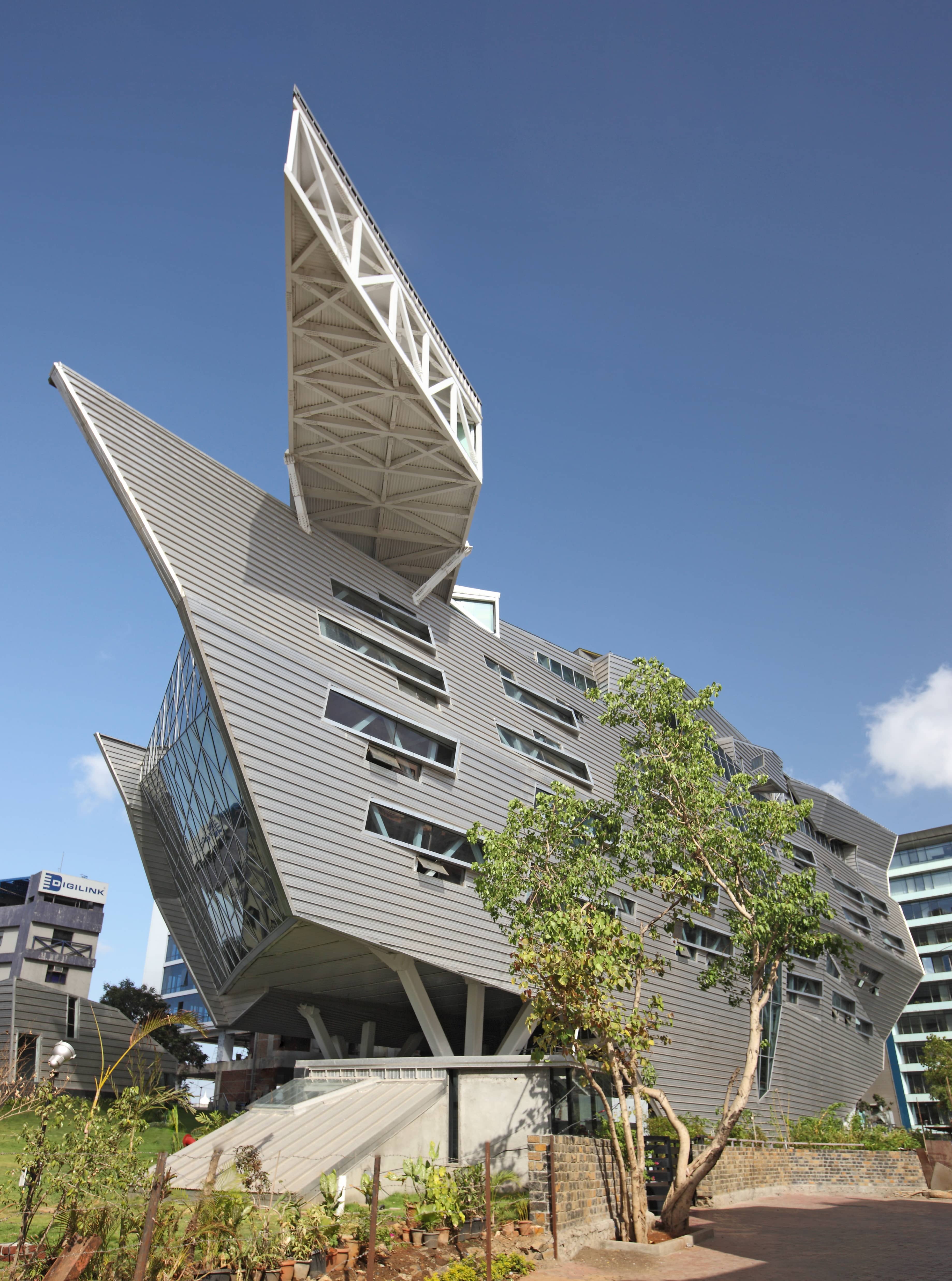 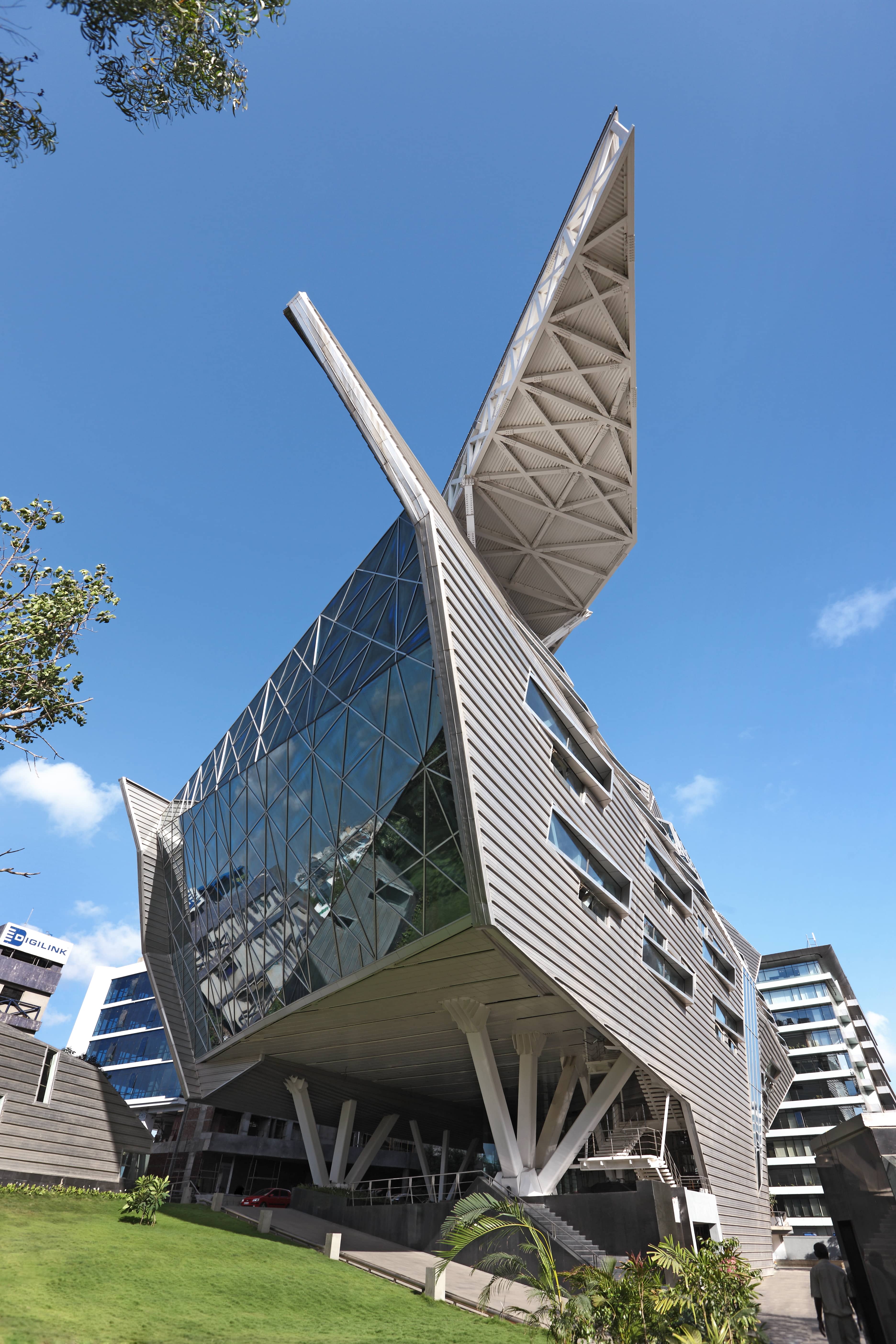 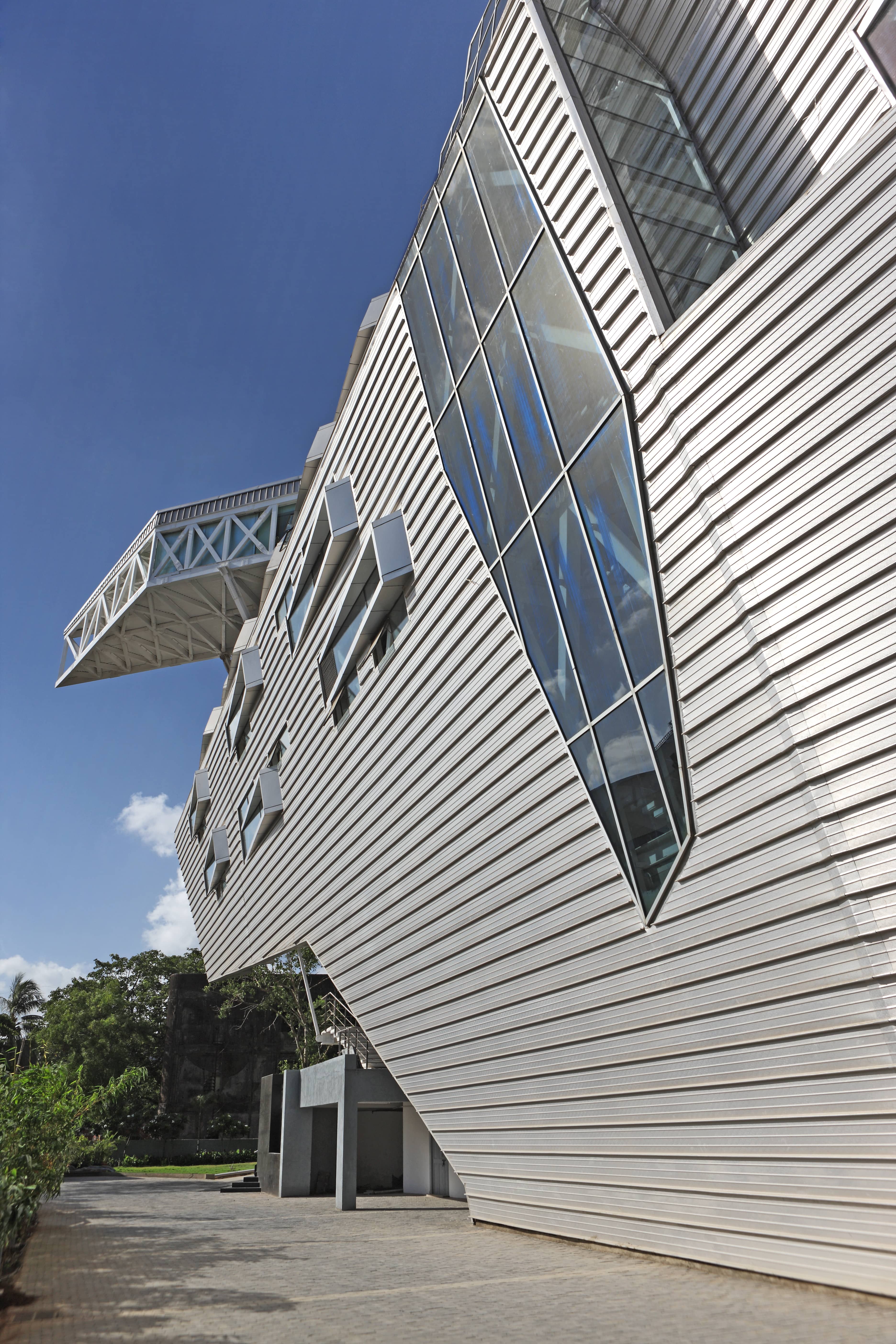 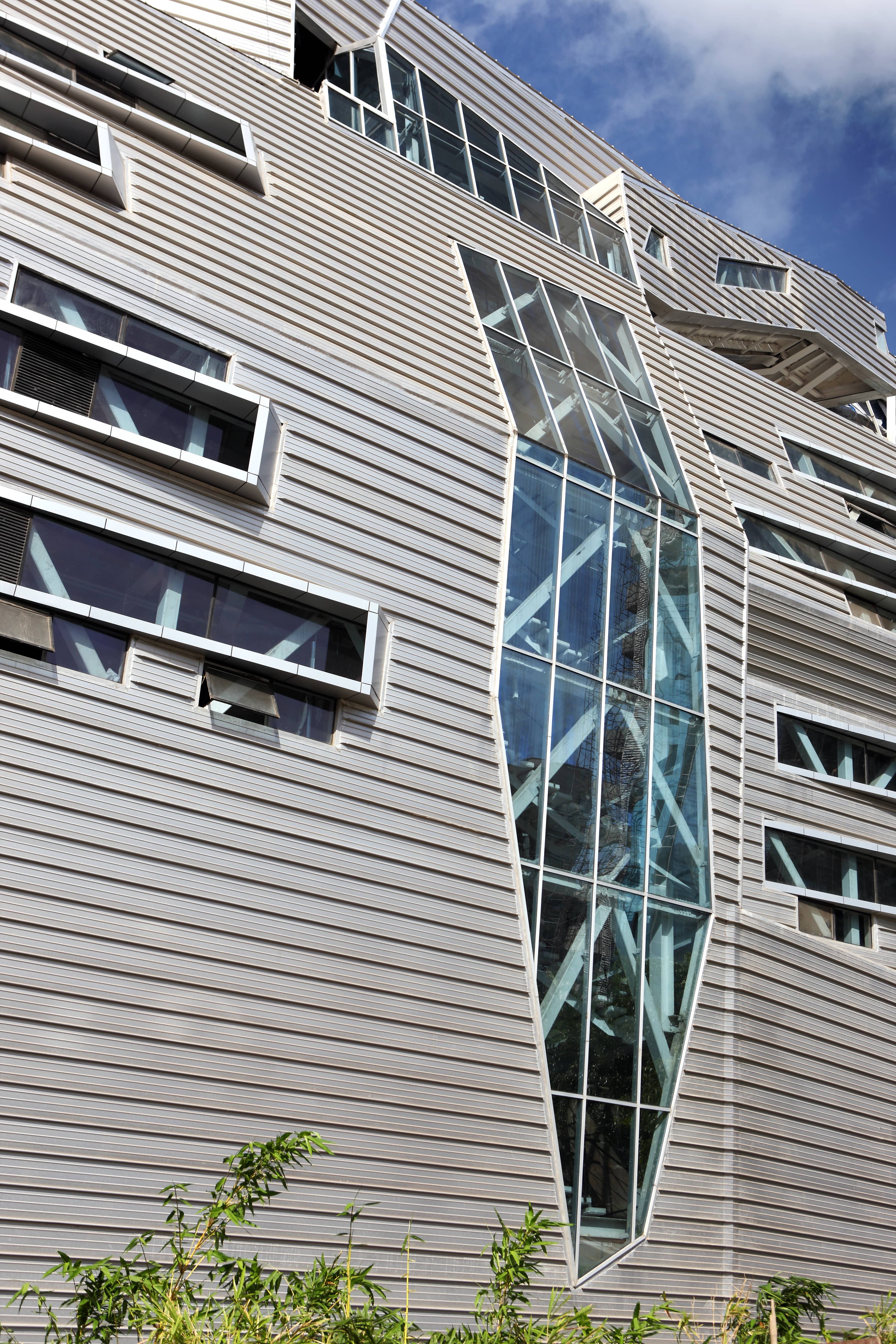 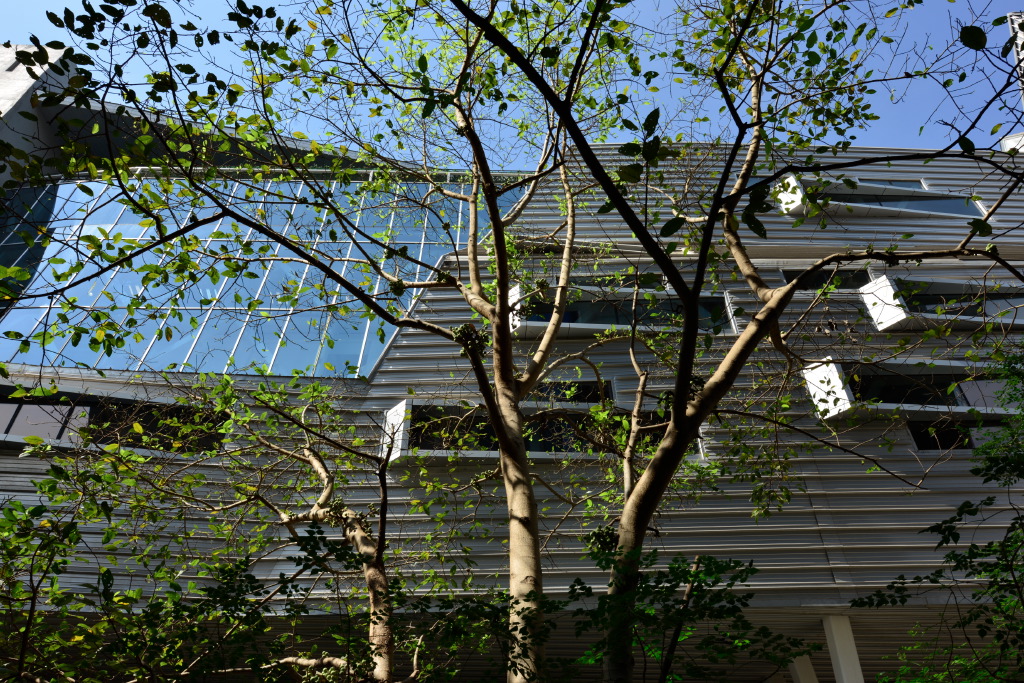 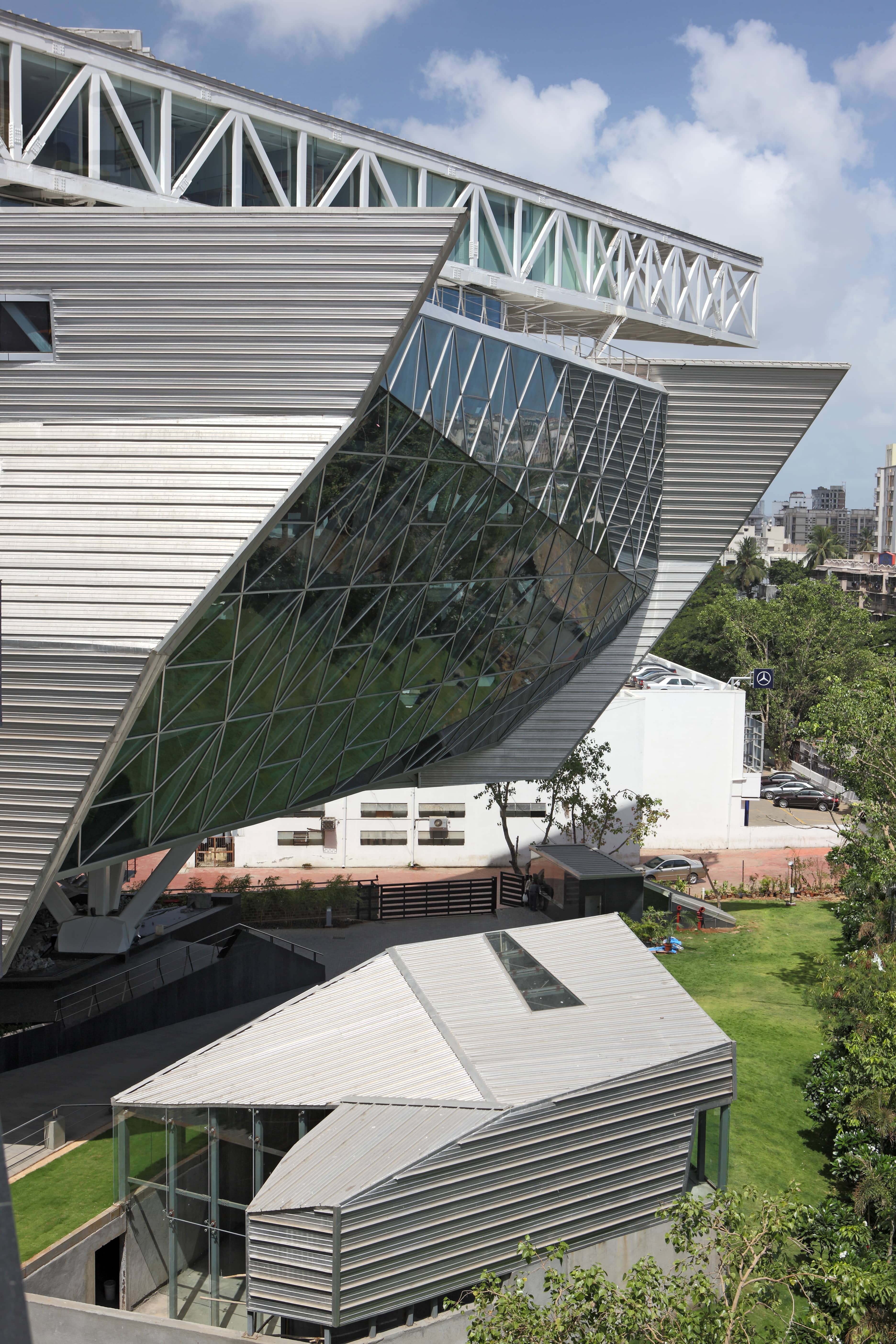 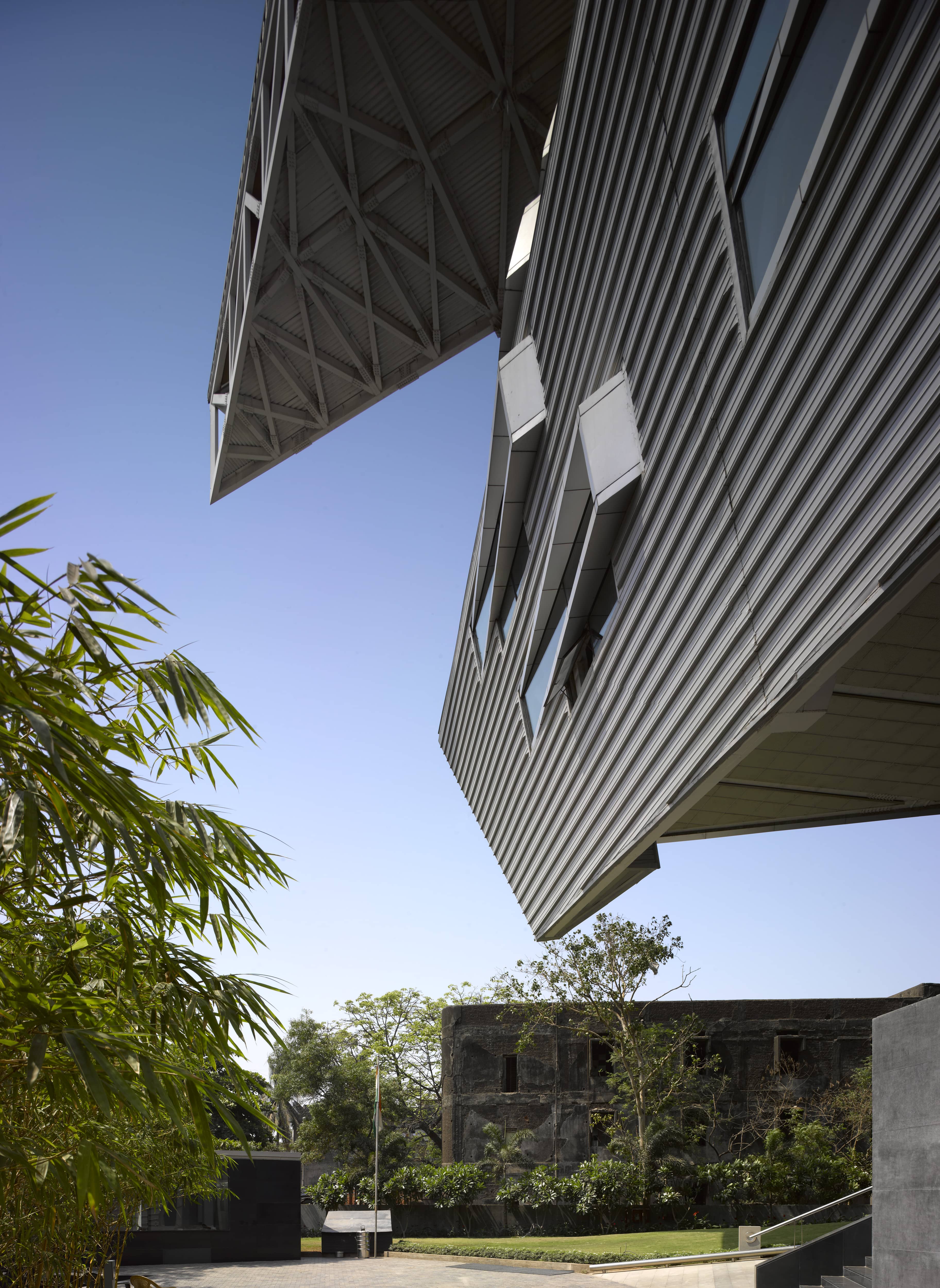 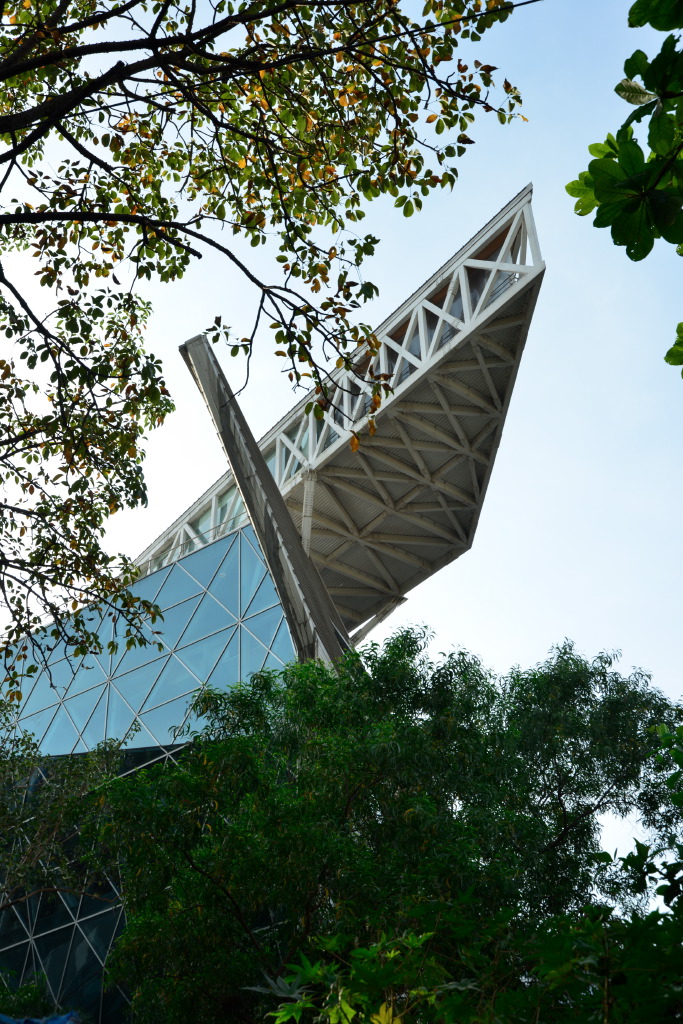 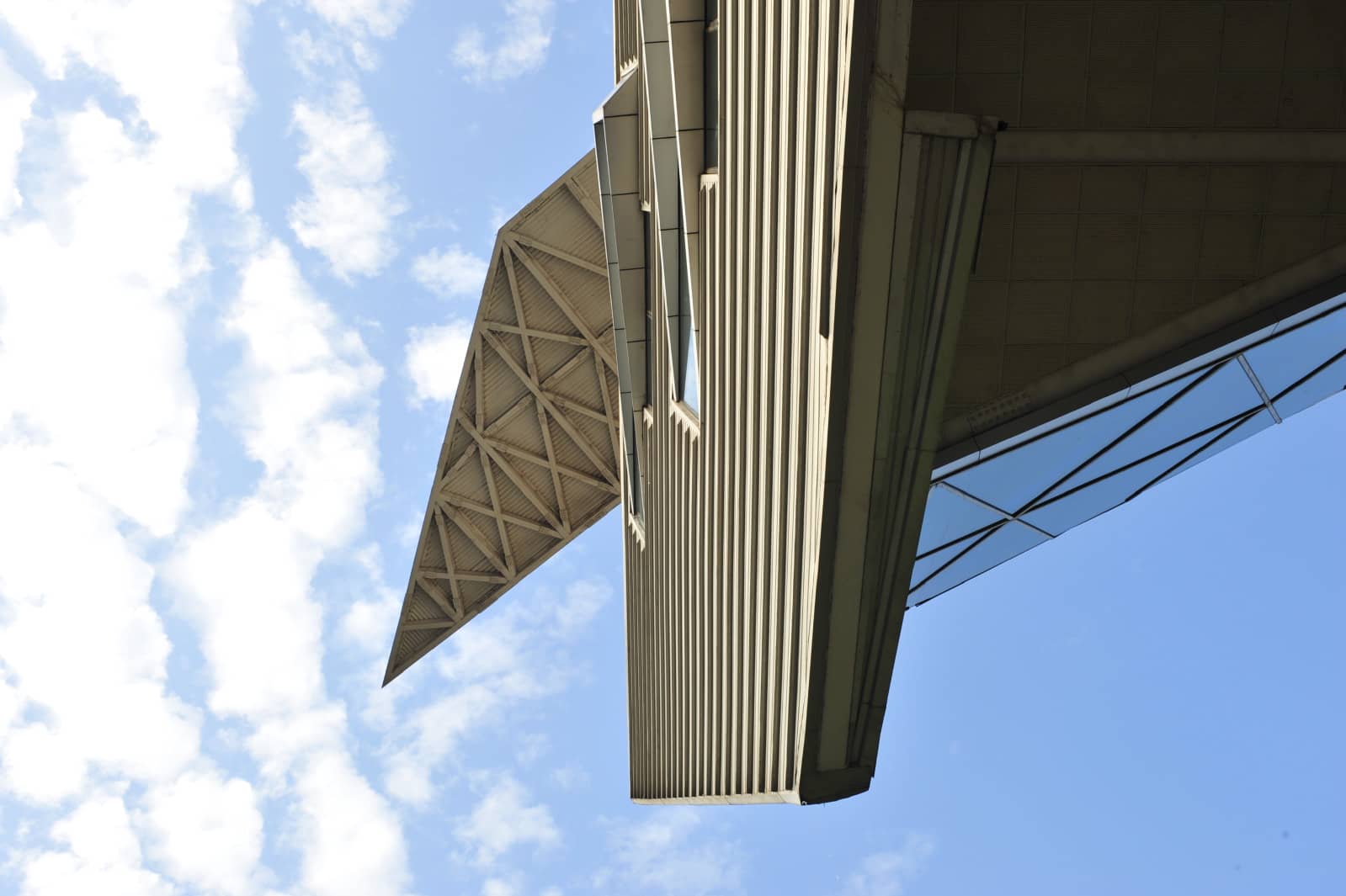 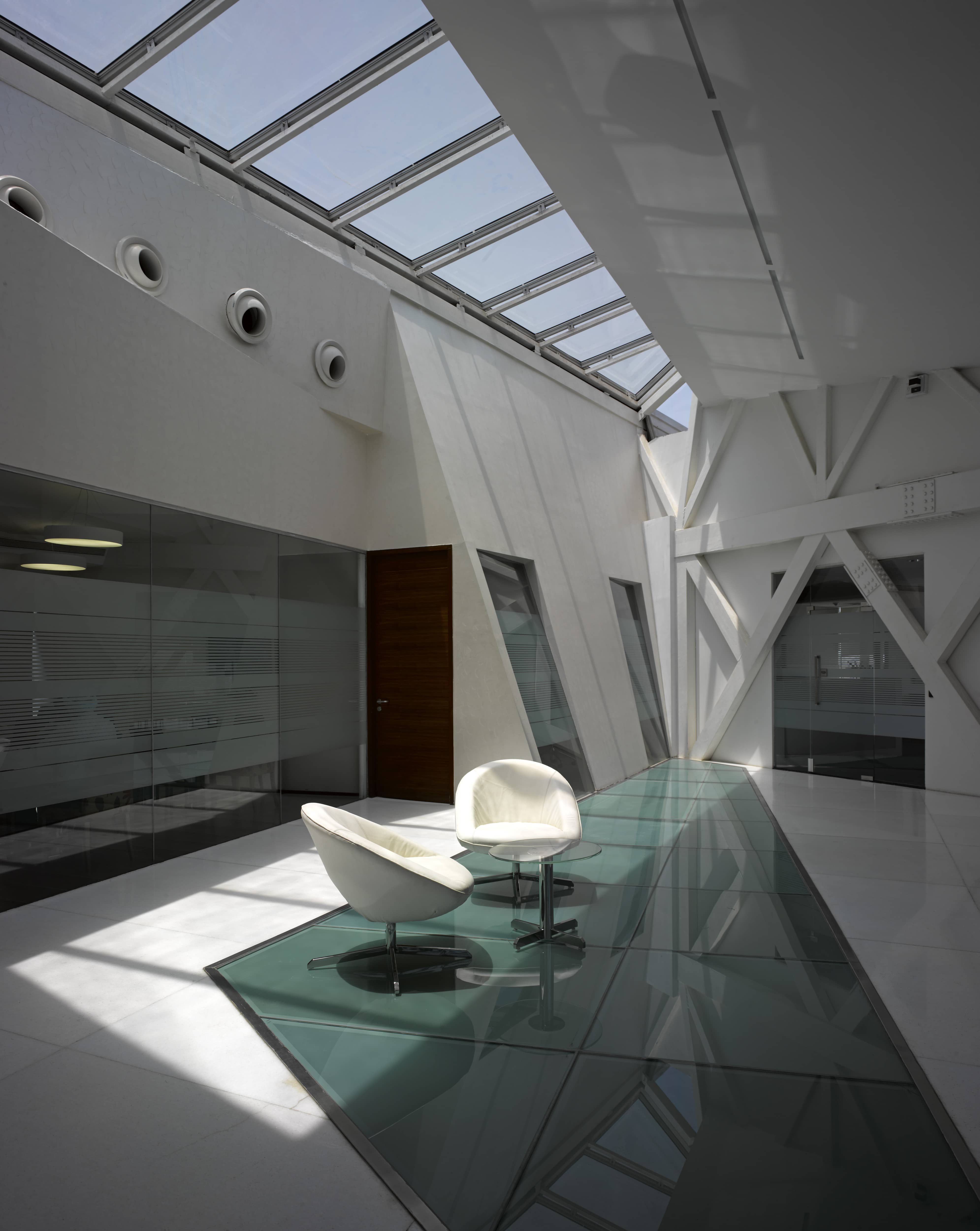 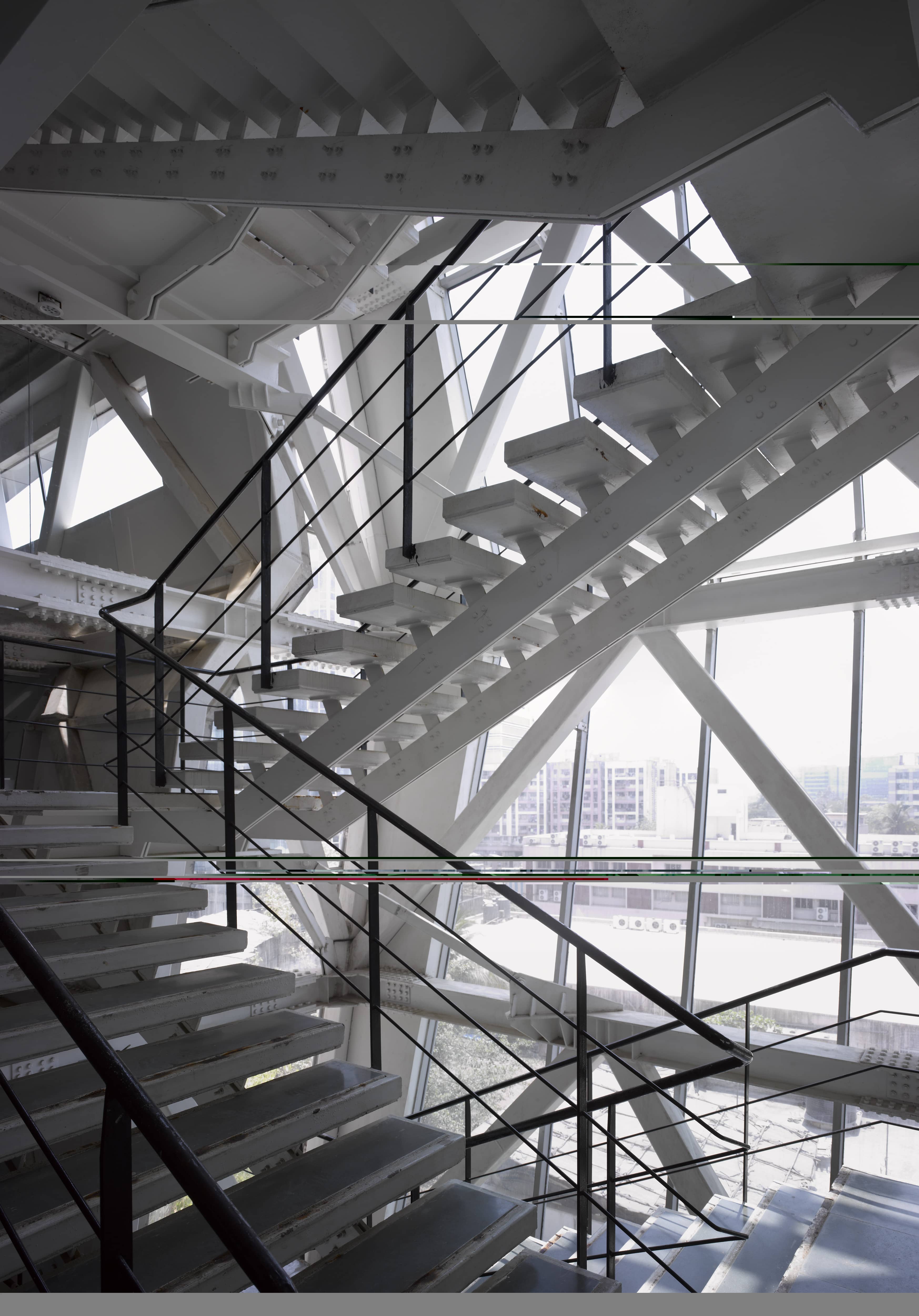 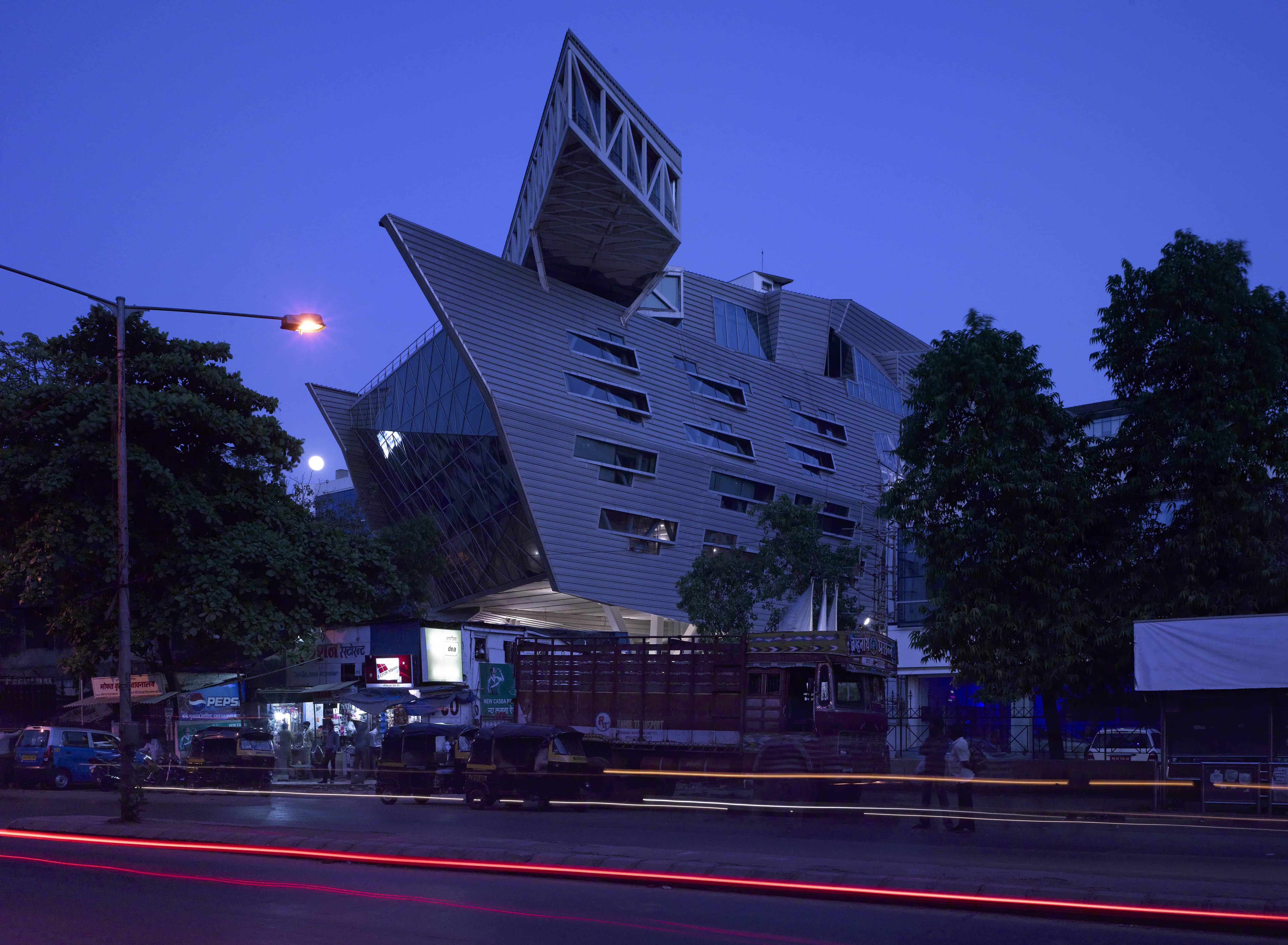 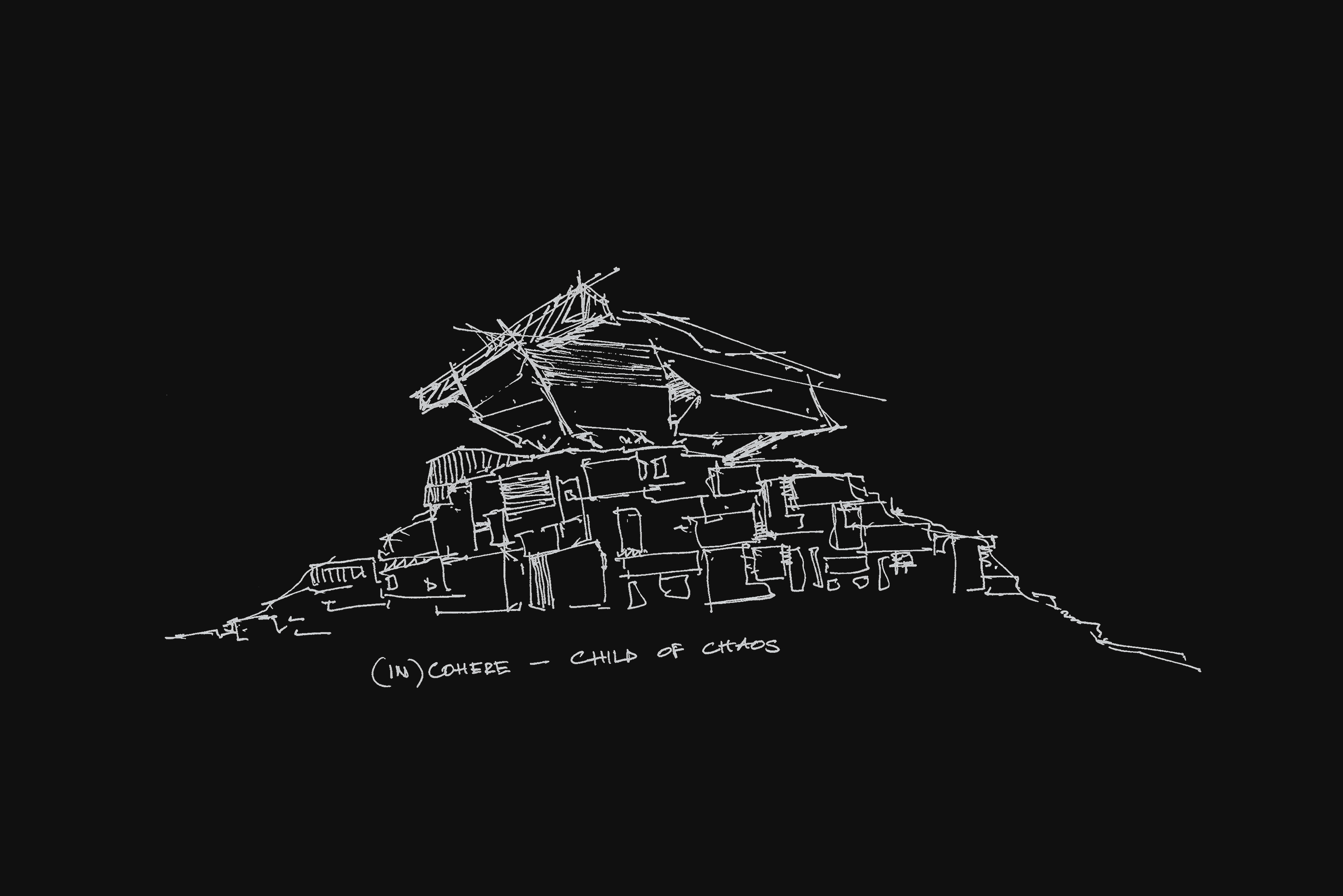 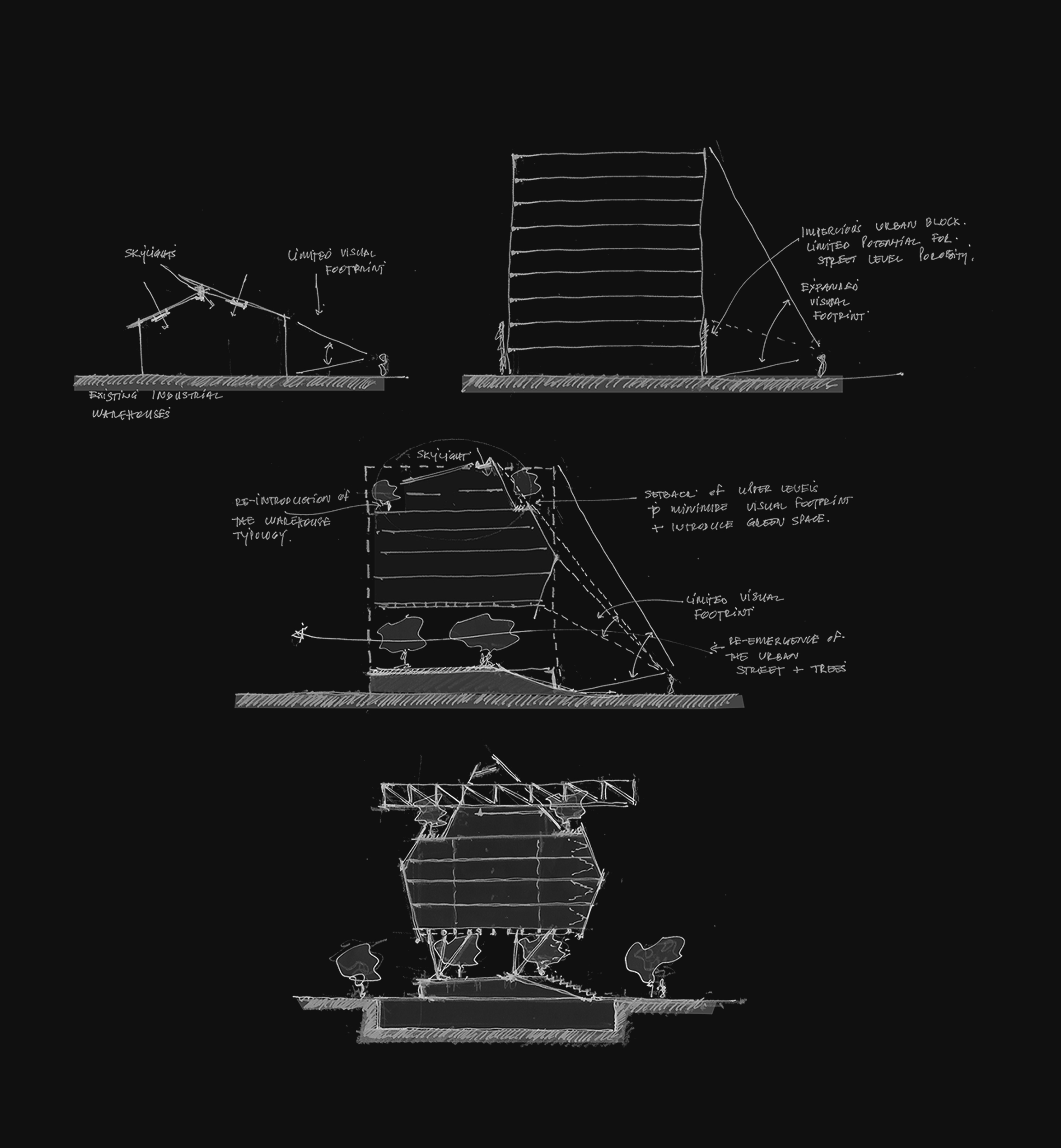 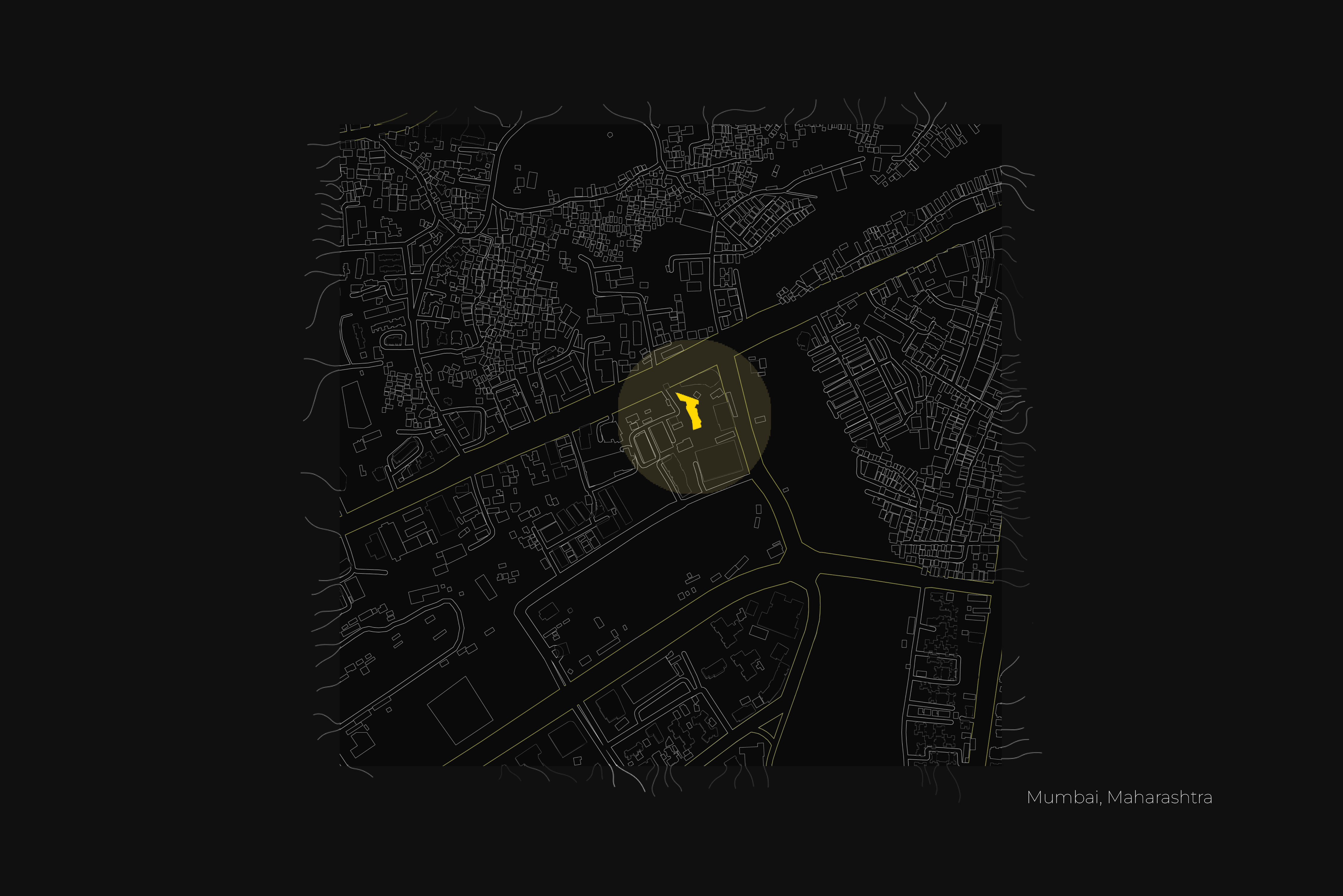 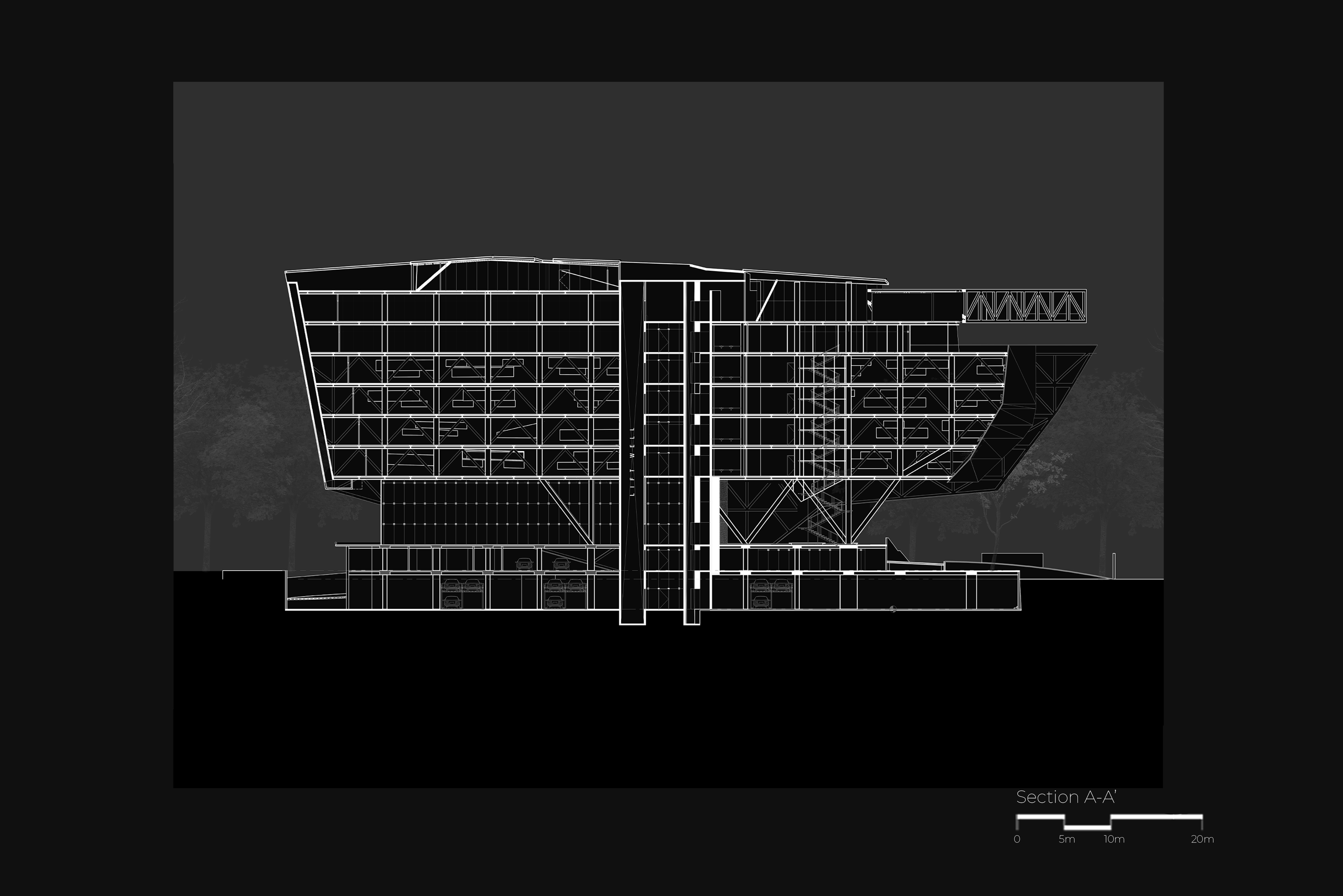 The uniqueness of this project is that it operates on multiple levels. On one hand it uses technology and intelligent design to improve the working environment of its inhabitants, while working inclusively in an urban context. On the other hand, it is a critical commentary on some of the antiquated notions that have plagued contemporary commercial design in the subcontinent.

Rapid urbanization and redevelopment has led to a blanket erasure of any identifiable architectural character in Mumbai. The site for the GMS GRANDE PALLADIUM is in close proximity to a newly formed business district in the north of the city, far removed from the historic downtown zone. It is surrounded by dilapidated structures slated for redevelopment, and, being one of the first sites to be developed, it was our intention to try and create, through this building, a framework for the future.

The business district near our site had certain planning restrictions. One of these was the mandatory creation of a 3-story podium meant to optimize street interface, but it worked exclusively, creating an impermeable barrier between building and street. We inverted this relationship, lifting the building 8.0 meters above the ground, creating an urban porosity and limiting the building footprint, which allowed us the freedom to incorporate landscape elements and trees, something that is sorely missed at both the urban as well as the site level in Mumbai.

Four levels of generic commercial space are bound by a series of faceted, profiled aluminum planes, a subtle nod to the random agglomerations of the Dharavi slums ( Asia's largest slum development), which is located only minutes away from our site, and whose individual tenements are sheathed in scrap corrugated metal sheets.

The eschewment of ornamentation, the treatment of structure as skin, the repudiation of self-aggrandizing atriums, the molding of building volumes to perform multiple functions simultaneously, the treatment of landscape as an integral part of development and an exploration of its varying moods, the focus on sustainability, the holistic approach to design and execution are a direct result of a critical analysis of the exigent and often superficial buildings proliferating in the subcontinent.